Accessibility links
Coronavirus Latest: Georgia Reopens Despite Not Meeting White House Benchmarks Georgia is set to open up lots of businesses Friday — despite not meeting the benchmarks to move into phase one of the White House's reopening guidelines. 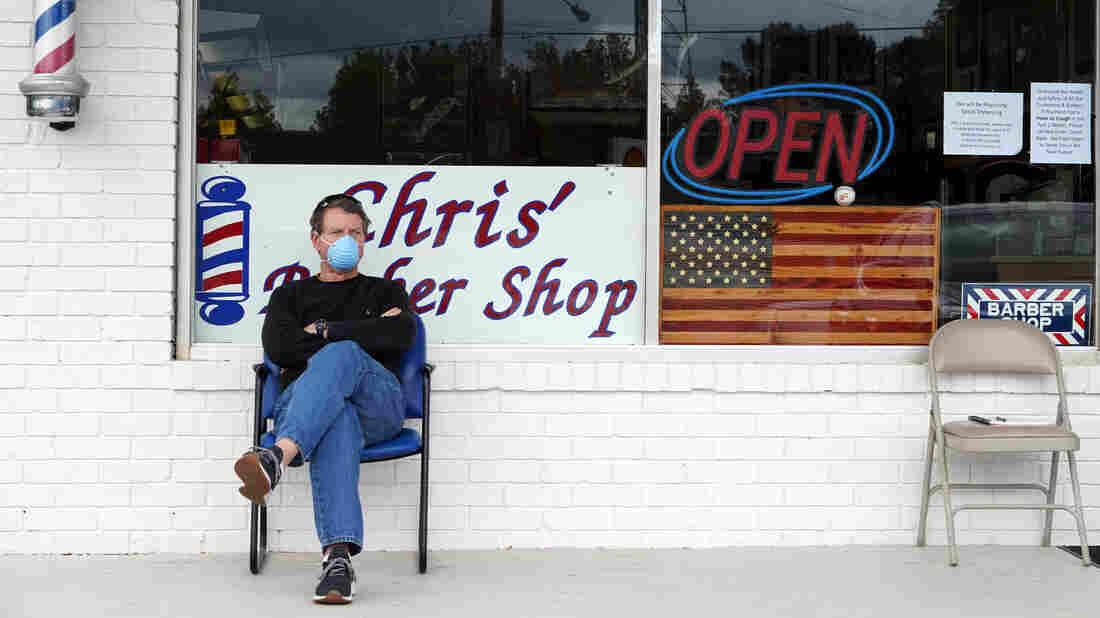 Dan Settle sits outside Chris' Barber Shop as he waits his turn for a haircut in Lilburn, Ga., on Friday. Tami Chappell/AFP via Getty Images hide caption 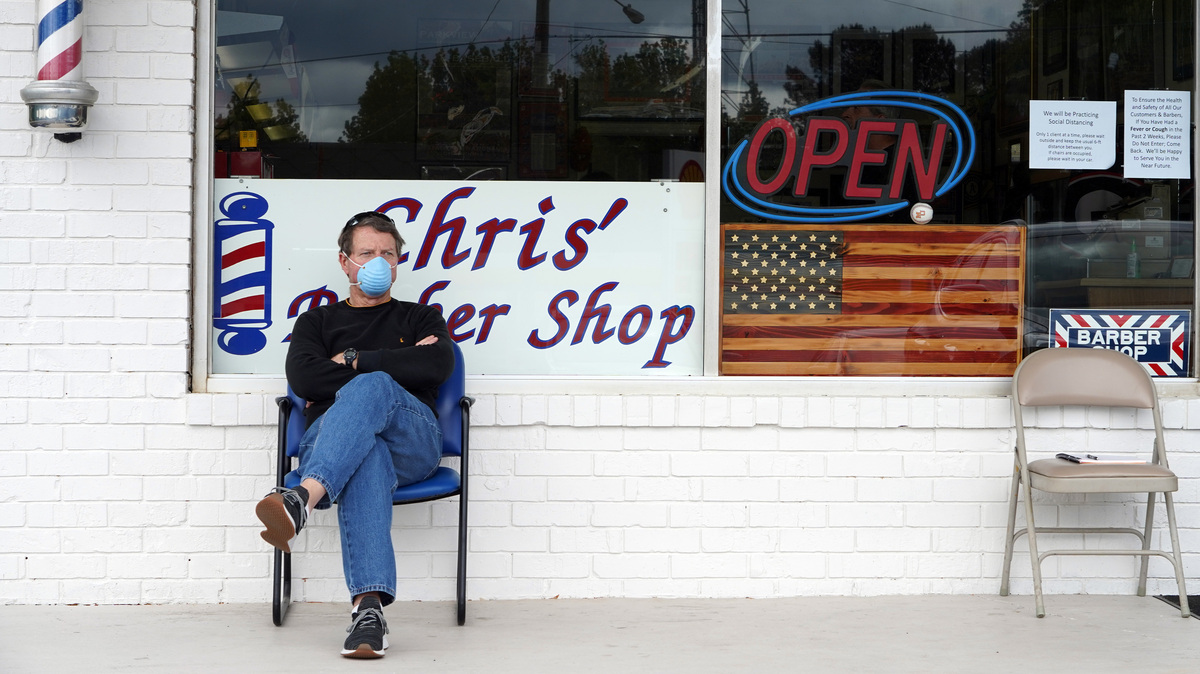 Dan Settle sits outside Chris' Barber Shop as he waits his turn for a haircut in Lilburn, Ga., on Friday.

Georgia is set to open up lots of businesses Friday — despite not meeting the benchmarks to move into phase one of the White House's reopening guidelines.

Even President Trump, who said at the White House coronavirus task force briefing Thursday that it's "awe-inspiring" to see states opening up, thinks Kemp is moving too fast.

Here's why — Georgia's confirmed COVID-19 cases and deaths are still steadily rising, and the Centers for Disease Control and Prevention (which happens to be based in Atlanta) describes community spread of the coronavirus as "widespread" in the state. That goes against all the principles laid out in the guidelines.

Measured against other states, Georgia is nowhere near the bottom for cases — it has actually had the 12th-most over the past three weeks.

Let's take a look at those guidelines point by point and see how Georgia stacks up:

Downward trajectory of flu-like illnesses reported within a 14-day period:

Downward trajectory of documented cases within a 14-day period:

Downward trajectory of positive tests as a percent of total tests within a 14-day period:

Treat all patients without crisis care:

Trump said he told Kemp "you're not in guidelines," but also that "I'm letting you make your own decision, but I want people to be safe, and I want the people in Georgia to be safe. And I don't want this thing to flare up, because you're deciding to do something that is not in the guidelines."

As of Thursday evening, there were almost 22,000 confirmed cases of COVID-19 in Georgia, according to the state's daily status report. At least 881 people have died from the virus. And both of those are on the rise.

That's part of why the Institute for Health Metrics and Evaluation (IHME) at the University of Washington on Thursday pushed its projected date for when Georgia could start a careful reopening.

That date isn't April 24; it's June 22. According to the IHME's model, the state has not passed its peak for projected deaths or hospital use.

Trump is giving Kemp and other governors the space — for now — to proceed as they want, but it's a risky experiment with people's lives at stake. 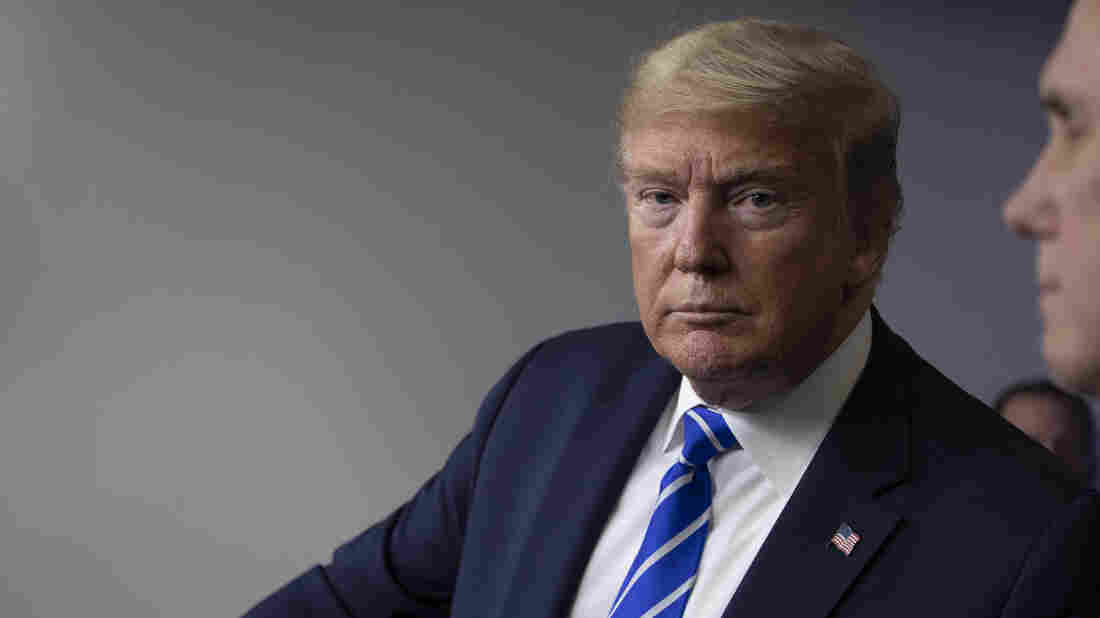 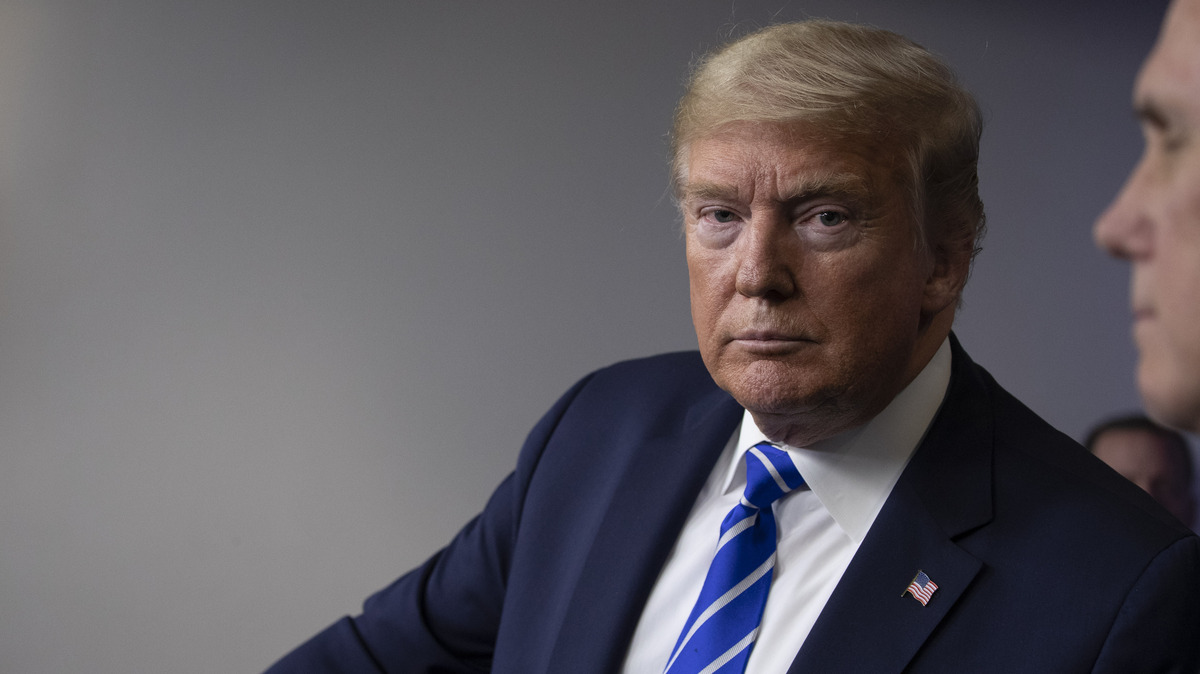 President Trump pauses while speaking about the coronavirus at White House Thursday.

President Trump took the old saying that "sunlight is the best disinfectant" to a whole new level at Thursday's briefing. He had William Bryan, the science and technology adviser to the secretary of the Department of Homeland Security, give a presentation about admittedly "emerging" results that the spread of coronavirus could slow with direct sunlight and humidity.

Now, there is some evidence, as NPR has reported, that respiratory viruses are slowed when there's more water vapor in the air. It makes it harder for the droplets to spread. Cold, dry air makes it easier.

But instead of sticking to that reasonable explanation, and despite Bryan's caveat that "it would be irresponsible" to say "summer is going to totally kill the virus," Trump waded into speculation on the potential of powerful lights and disinfectants to clean the lungs.

Here's what the president said:

"Supposing we hit the body with a tremendous whether it's ultraviolet or very powerful light. And I think you said that hasn't been checked, but you're going to test it. And then I said supposing you brought the light inside the body, which you could do either through the skin or in some other way, and I think you said you were going to test that, too. Sounds interesting.

"And then I see the disinfectant, where it knocks it out in a minute, one minute, and is there a way we can do something like that, by injection inside or almost a cleaning, because you see it gets in the lungs, and it does a tremendous number on the lungs, so it'd be interesting to check that, so that you're going to have to use medical doctors with, but it sounds — it sounds interesting to me. So we'll see, but the whole concept of the light, the way it goes, the way it kills it in one minute, that's, uh, that's pretty powerful.

He went on to ask Dr. Deborah Birx, response coordinator of the coronavirus task force, if she'd heard of using "the heat and the light" to treat coronavirus.

"Not as a treatment," she responded.

A reporter followed up later and asked Bryan about the president's "idea of cleaners, like bleach and isopropyl alcohol you mentioned. There's no scenario that that could be injected into a person, is there?"

Bryan responded, "No, I'm here to talk about the findings that we had in the study. We won't do that within that lab."

After Bryan's response, the president interjected and said, "It wouldn't be through injection. We're talking about through almost a cleaning, sterilization of an area. Maybe it works, maybe it doesn't work."

The word "inject" or "injection" appears six times in the White House's briefing transcript. It's used three times by Bryan, about injecting "summer," "UV rays," or "the sun."

Trump boasted at one point: "It dies very quickly with the sun" and that "I think a lot of people are going to go outside all of a sudden."

One reporter asked Bryan why there'd been a hot spot in a hot and humid place like New Orleans?

When another reporter pointed out that people are tuning in for information not "rumors," Trump fired back.

"I'm the president, and you are fake news," he said, adding that what he's saying about heat and light is "just a suggestion. We're here to present ideas."

In a statement on Friday, the White House insisted, "President Trump has repeatedly said that Americans should consult with medical doctors regarding coronavirus treatment, a point that he emphasized again during yesterday's briefing."

Trump said later Friday that he was asking the question "sarcastically."

The briefing in brief: 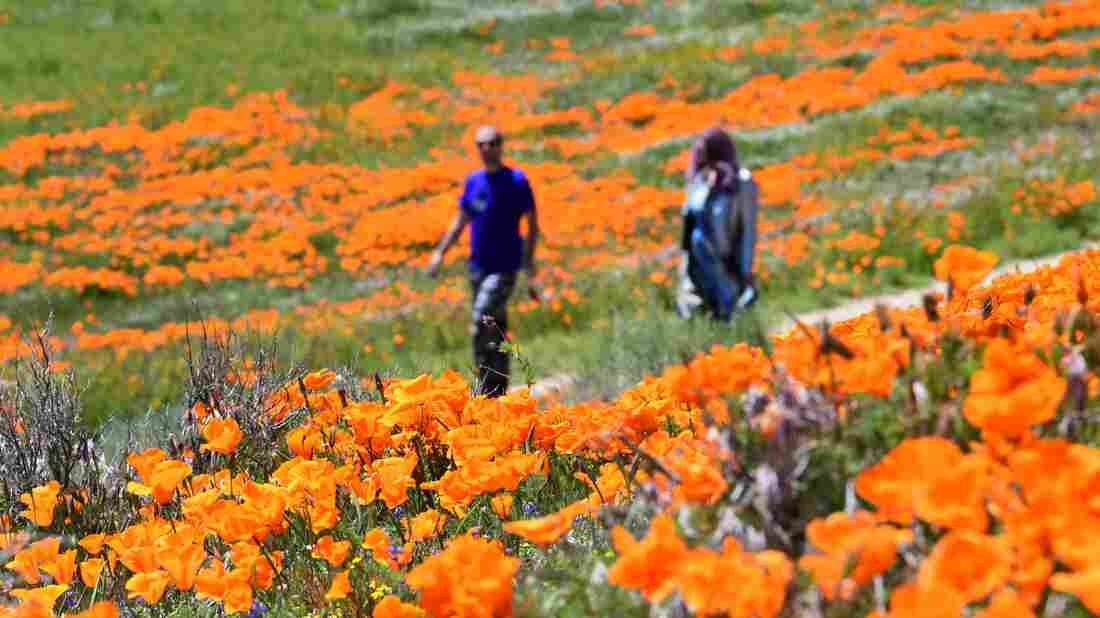 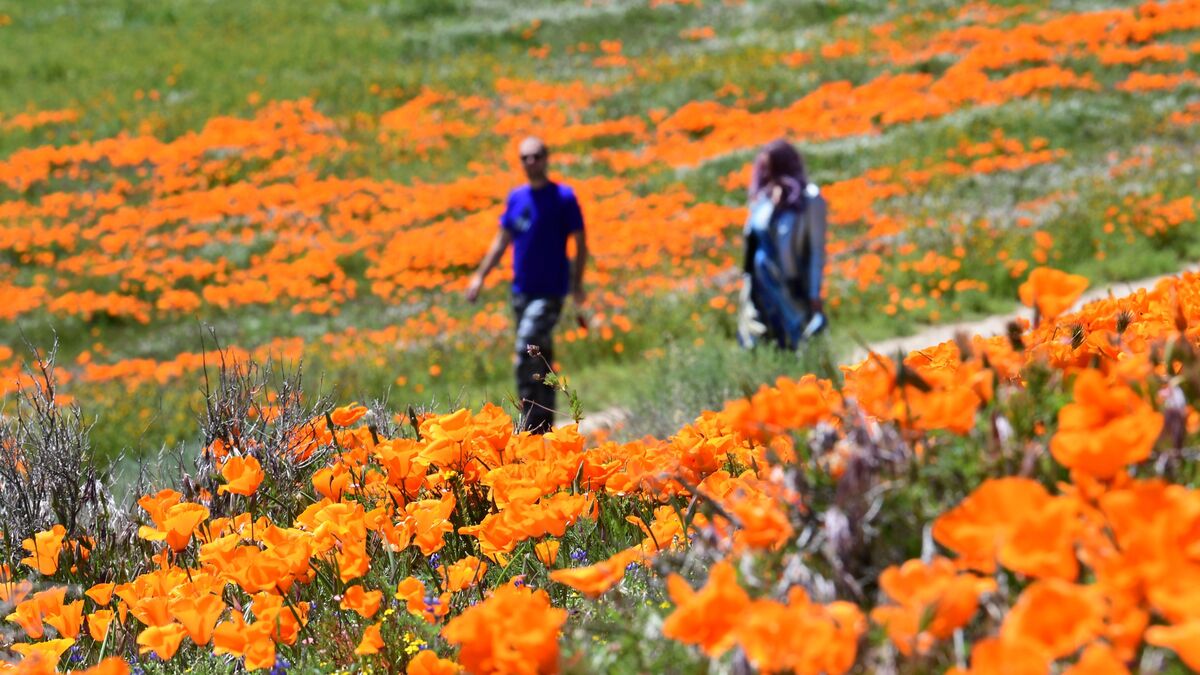 Quote of the briefing:

"We'll see what happens. We've had a lot of very good results, and we had some results that perhaps aren't so good. I don't know. I just read about one, but I also read many times good, so I haven't at all, and I'd say it's a great — for malaria, for lupus for other things, and we'll see what it is, but I guess, Deborah, they have many studies going on on that. So we'll be able to learn."

—Trump on why he's scaled back his promotion of hydroxychloroquine to treat coronavirus. Deborah, at the end of his remark, is Dr. Birx.

Other key coronavirus stories from NPR:

Coronavirus Has Infected A Fifth Of New York City, Testing Suggests: Some 2.7 million New Yorkers may have already been infected with COVID-19, highlighting the extreme reach of the virus.

Scientists Probe How Coronavirus Might Travel Through The Air: Researchers are investigating exactly how COVID-19 could spread, including examining the possibility of the virus traveling through the air a person expels when breathing or speaking.

Virus Researchers Cast Doubt On Theory Of Coronavirus Lab Accident: The Trump administration has advanced a theory that the coronavirus may have been released as a result of a lab accident in Wuhan, China, but virus researchers interviewed by NPR say it would be nearly impossible for the virus to have emerged under such circumstances.