Accessibility links
Interview: Sweet Crude On 'Officiel-Artificiel,' Louisiana French And NOLA NPR's Ailsa Chang speaks to the New Orleans-based band about their project to preserve the centuries-old Louisiana French dialect through music and how the city is coping with the coronavirus crisis. 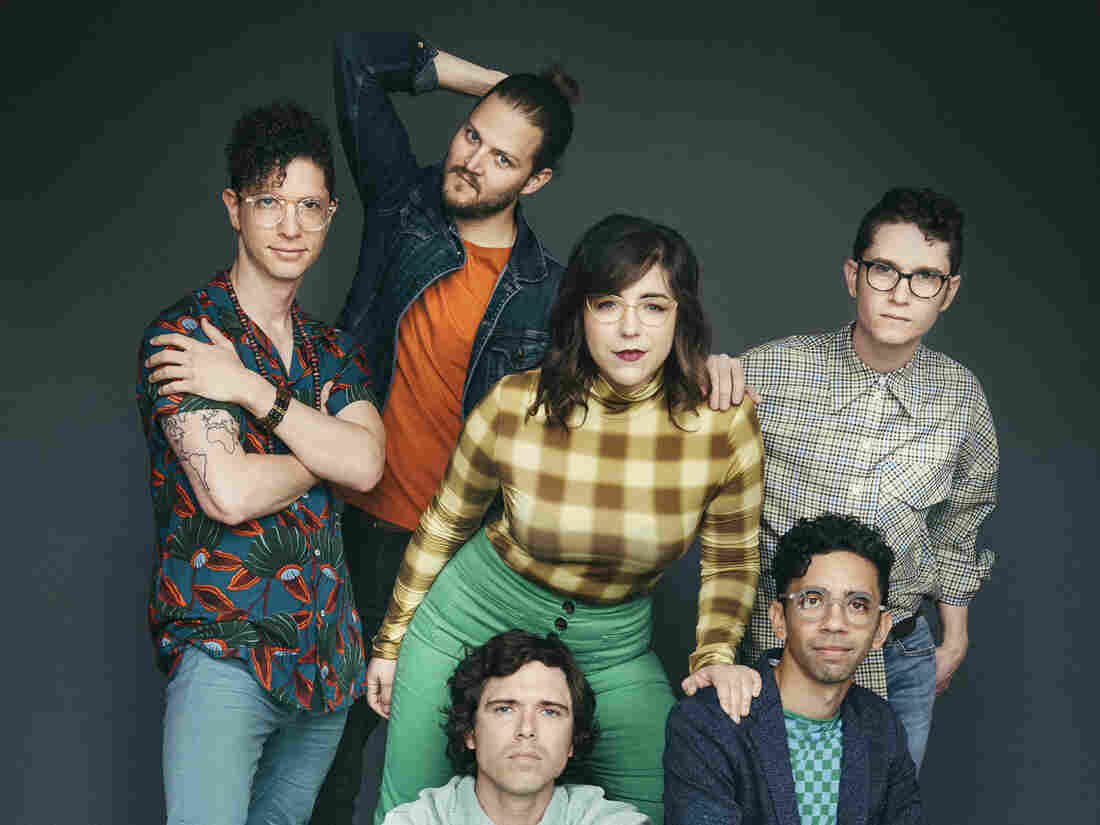 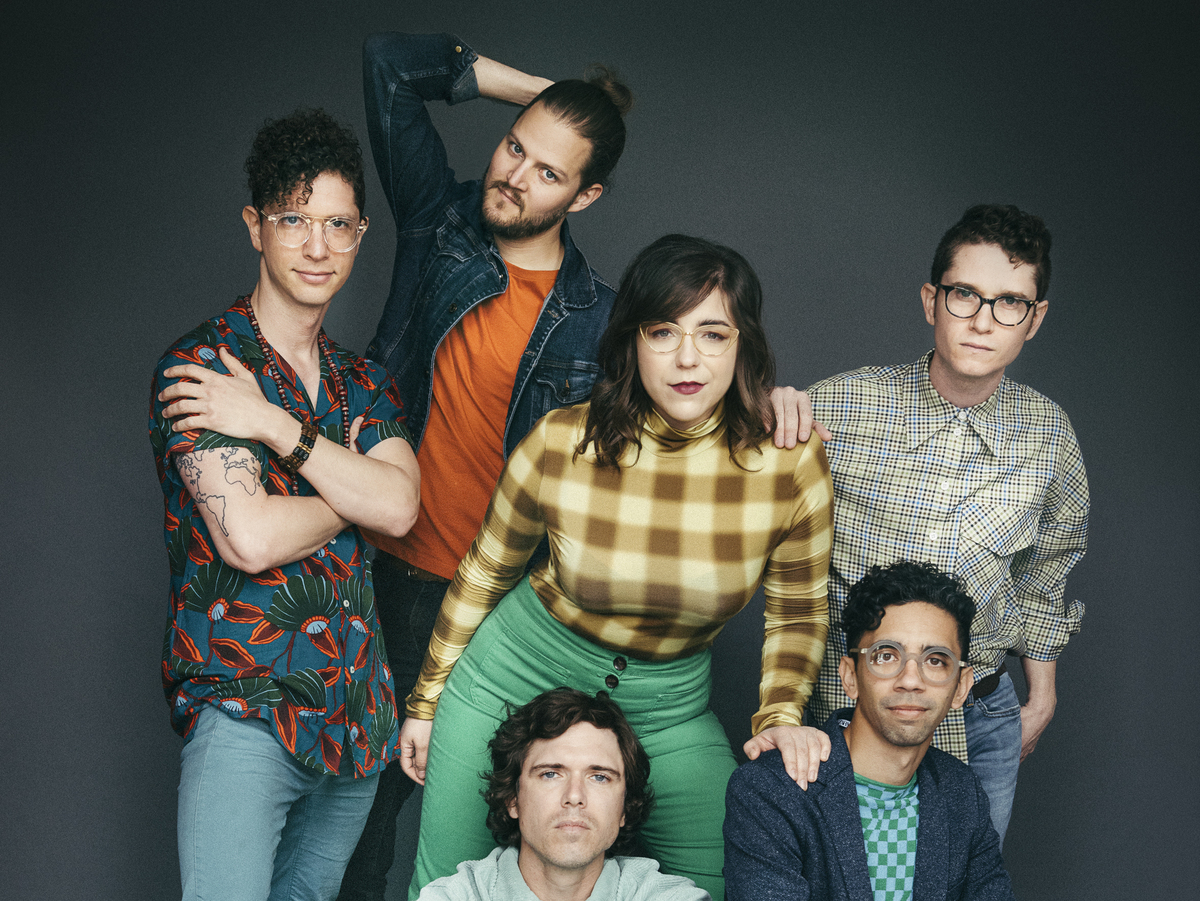 Augusta Sagnelli/Courtesy of the artist

Listen close to the New Orleans band Sweet Crude, and you'll hear a linguistic relic from America's deep South. They sing in Louisiana French, a dialect spoken for generations in Louisiana — until the 20th century, when schools in the state became more Anglicized.

"My grandfather's first language is Louisiana French — and he would get punished in school if he spoke French," singer Alexis Marceau says. "So it started to dissipate and go away."

Marceaux started Sweet Crude with multi-instrumentalist and singer Sam Craft, hoping it would help preserve Louisiana French and put the dialect in a new light for younger listeners. Together with fellow band members Jack Craft, Skyler Stroup, Stephen MacDonald and Dave Shirley, Sweet Crude has a new album out today called Officiel-Artificiel. It's an energetic soundtrack for a new generation trying to bring an old language back to life.

NPR's Ailsa Chang spoke to Sam Craft and Alexis Marceaux about using modern music to preserve living history, reimagining a Cajun myth in the song "Rougarou" and how they and other members of the New Orleans musical community are coping with the coronavirus crisis. Listen to the radio version in the audio link above, and read on for highlights from the interview.

On the history of Louisiana French

Sam Craft: Louisiana French is a mixture of French that was brought here from France, from the Maritime provinces of Canada, from Quebec, from the Caribbean islands, as well as bits of German and Native American languages that were spoken around here. So it really is kind of a special dialect that hangs onto some old artifacts from Middle French, and it mixes together with English to make a really special and unique linguistic cocktail.

Alexis Marceaux: My grandfather's first language was Louisiana French, and so I grew up speaking a little bit. I would know my colors and my numbers. My great-grandmother didn't speak any English, so when she was alive it was always in the house, but when she passed away it kind of went away for me. But for my grandfather, it was his first language and he would get punished in school if he spoke French. And so it started to kind of dissipate and go away, because people were just not allowing it, and it became pretty problematic.

It made my father's generation feel bad about being French. It's a strange thing to think of, but he just felt self-conscious about his French Cajun culture. But when Sam and I met we had this love for it, and that's a huge reason why we wanted to start this band, because we wanted to explore our heritage and be proud of our heritage, and we just thought it was so absurd that people were punished for speaking their native language.

Craft: We had this intention of giving this very old dialect a brand new set of clothes. We started this band with the knowledge that the last group of people for whom French was their first language are slowly fading away — and that's pretty insane, after 300 and some odd years that people are still speaking French. But beyond that, we don't want this thing to be some museum piece where Louisiana French attracts a voyeuristic curiosity, but that it really is viable, new, fresh and exciting. We knew that, until very recently, it was the "language of the grandparents" and it has been the language of traditional music and traditional customs — and those things are very special and important. And then on the other hand, we also believe we can do a thing to give Louisiana French a seat at the modern table through modern music.

NOLA Amidst COVID: Learning From A Tough Past To Cope With An Uncertain Future

Craft: New Orleans is a very "go out and party" culture and so many people in the entertainment, hospitality, restaurant industries who have been deeply affected by it are really needing to get creative. Another thing we do really well in New Orleans is we love to collaborate with one another, so it's led us all to commiserate and attempt to reach out to each other, see what each other needs. We understand that there's a huge community of musicians in New Orleans who are needing to totally reinvent their business. But what we see is that the fact that we're all in the same boat has led us to supporting each other, in the digital way that we can. We're used to disasters happening down here — usually of the hurricane variety — but we know the value of reaching out to one another and helping each other is priceless.

Marceaux: It really does remind me of evacuating for Katrina. We had to stay put, but in a different place, right? But now we have to stay put in our own homes, so there is a strange comparison happening for us in that sense. But I think New Orleans has always been strong, especially because of all the tragic hurricane seasons we've gone through. I think, like Sam said, we're able to relate to that and just try to lift each other up.

NPR's Noah Caldwell and Sarah Handel produced and edited the audio of this interview. Cyrena Touros and editorial intern Jon Lewis adapted it for the Web.