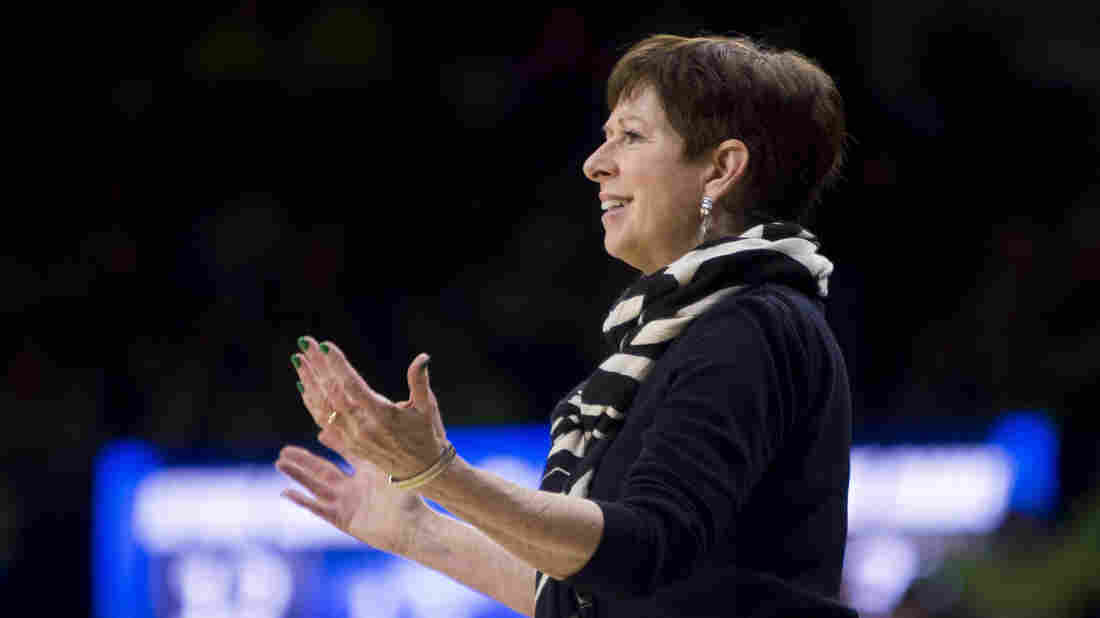 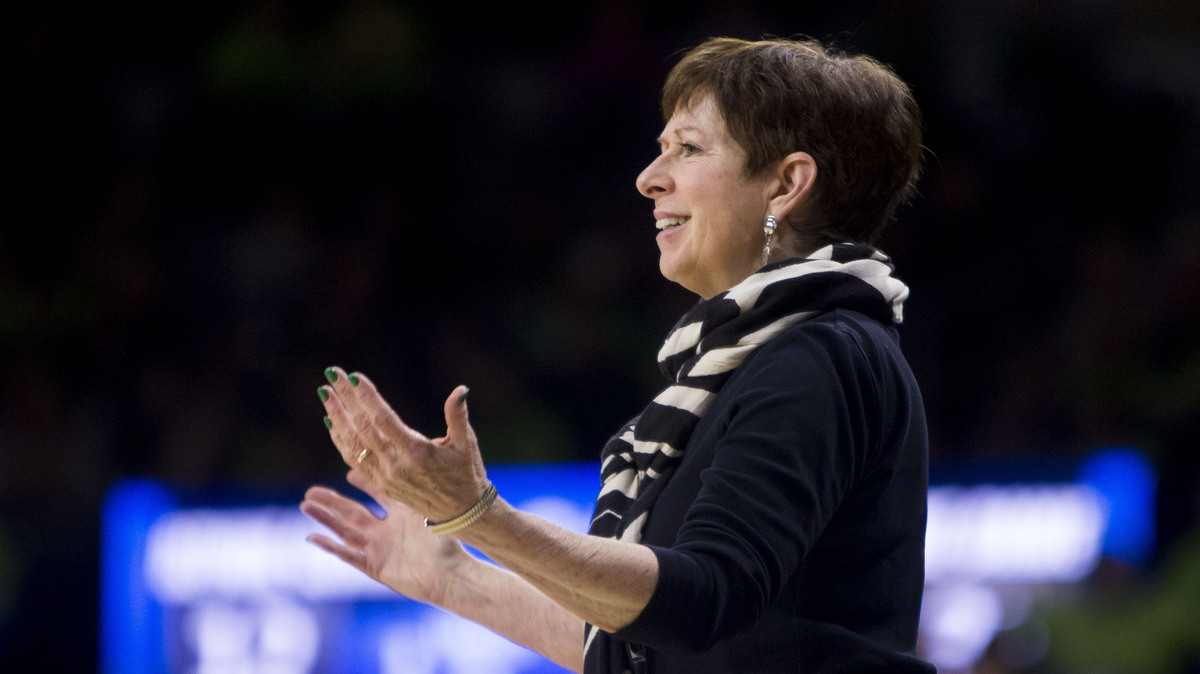 She retired this week.

Last year, she made waves by vowing not to hire male coaches for her staff.

"All these millions of girls that play sports across the country, they could come out every day, and we're teaching them great things about life skills, but wouldn't it be great if we could teach them to watch how women lead?"

McGraw was inducted into the Naismith Memorial Basketball Hall of Fame in 2017.

She talked with All Things Considered about her decision, being an example for women and what her plans are for retirement.

On why she decided to retire now

I think that's the thing about retiring, everybody wants to know, what's the magic answer and how did you know? And a few people told me that, you know what, sometimes you wake up one day and you go, "I'm done." And it wasn't quite that quick. But I've been on a one-year plan with myself.

Every season, I look at: We won the championship. "Are you going to come back next year?" "Yeah, I think I have one more year."

And then we get to the championship game. "Yeah, I think I have one more year."

And then this year, I kind of looked back and thought, you know, I think I have the program where I want it to be and I'm ready for somebody else to take over. I'm ready to do something new. I really wanted a new challenge. I've gotten a little more active in the community and talking about women ... and I'm really enjoying that role. And I'd like to spend more time doing it.

It did in a way. I think I was decided. I had made my decision after the season. You don't want to make a decision right after the season. So I was definitely leaning towards retiring. And then what happened during the pandemic was I had a great opportunity to pretend I was retired for a month with no one knowing it and deciding if I was going to be able to live with it or not.

So I would say it reinforced my decision. ... Although I will be able to at least leave the house when I'm retired, which I'm not doing much of right now.

On changes in women's basketball over more than three decades coaching

I think our game has come a long way. I think the level that we're playing at is a very high level of basketball. The fan attendance has grown. Unfortunately, the media attention has not. We still get about 4% of media attention.

When Title IX was passed in the early '70s and said men's and women's sports should be equal, we had about 90% of our coaches were female. And now ... we're looking at 60% of our coaches are men. And of course, all of the coaches in men's basketball are also men.

So, I would like to see more women in coaching, certainly in head coaching positions, but also as assistant coaches. I'd like to see that diversity, because I think this is where kids are looking up and seeing, "I have a chance to be a head coach." And so you want them to see women on TV. And unfortunately, you know, we're on TV, but we don't get the same attention as the men's conference tournaments and the NCAA men do.

On the advice she's given to her successor, Niele Ivey, a former Notre Dame player and assistant coach

I think the biggest thing is to be yourself, I think believe in yourself. Because as women, we tend to overthink things. We question ourselves a little bit more than men do. We don't exude that confidence that men seem to just have. We're team players, we're very loyal, we're always asking for input, we're good listeners. And sometimes it's hard for women to stand up and take charge.

And so I've really helped her to just use her voice, [to say,] "this is the direction I want to go in." To not be afraid and to know that people are going to criticize you no matter what you do, so you really are better off doing what you think is best. And of course, you're going to get input from your staff and from different people and you're going to continue to be mentored and to grow and to listen to other people. But I think, "your vision, your plan," that's the one that I want her to follow.