Accessibility links
Allison Janney Plays 'Not My Job' On 'Wait Wait... Don't Tell Me!' Allison Janney is now starring in the HBO film Bad Education, so we've invited her to play a game called "Dad Education": three questions about the wonderful things people learn from dads. 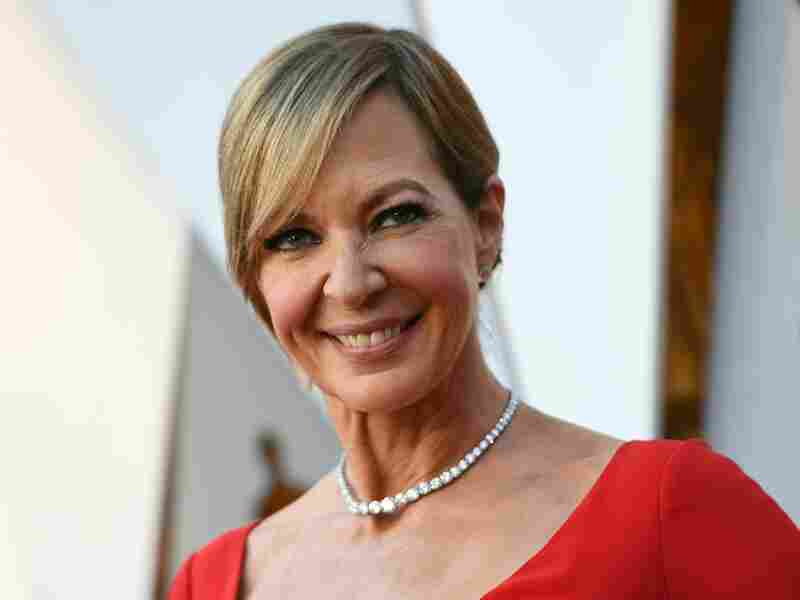 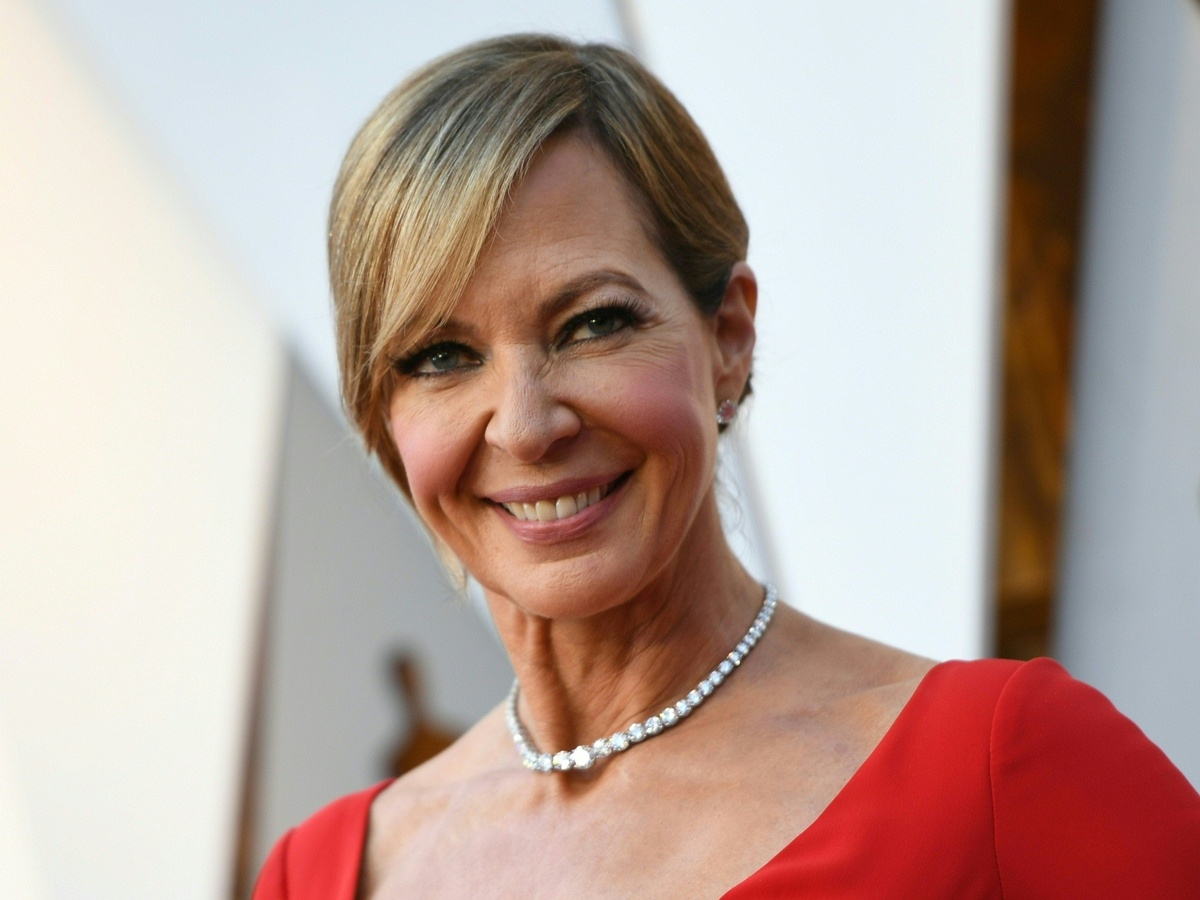 Allison Janney is now starring in the HBO film Bad Education, so we've invited her to play a game called "Dad Education." Three questions about the wonderful things people learn from dads.

And now the game where people are rewarded for all their good work by having to work on something bad. It's called Not My Job. Allison Janney became famous playing a wonderful person - press secretary C.J. Cregg in "The West Wing." But she got her Oscar two years ago for playing a completely terrible person, Tonya Harding's mother, in "I, Tonya." Is she actually wonderful? Or is she terrible? It's time to find out.

LUKE BURBANK: I suspected that.

SAGAL: I actually looked up - I hadn't seen it since it happened, but I looked up your Oscar acceptance speech for playing Tonya's mother.

SAGAL: And it began - you began with the greatest line I've ever heard.

SAGAL: Could you repeat it for us now? So she gets up. She's in a beautiful gown. She wins an Oscar for best supporting actress. And she says...

JANNEY: I did it all by myself.

BURBANK: A breath of fresh air.

SAGAL: And if you had had any gumption, you would've turned and walked away.

JANNEY: I know. I would have won that jet ski or whatever they were offering...

JANNEY: ...For the shortest acceptance speech...

SAGAL: You would have been a legend.

SAGAL: I - we always - we're checking in with our guests. How are you doing, Allison Janney, during all of this?

JANNEY: Listen. It's been an incredibly challenging time. I decided to come back to Ohio to be with my folks, to ride this through with them and look after them. And so I feel really, really good about that decision.

SAGAL: I mean, I was about to ask you if it was weird to walk around a city in Ohio as a nationally - internationally famous actress. But then I realized - you're not walking around anywhere, are you?

JANNEY: Nope. Nope. I mean, I go to the market, but nobody knows who I am because I've got my mask on. I've got my sunglasses. I've got a hat on. You know, I'm incognito everywhere I go, so...

SALIE: Do you sometimes just have to ask your parents, do you know who I am?

SAGAL: Here. Let me take off my mask. So we were talking about "I, Tonya." That was an amazing role for which you won an Oscar. And it was written specifically for you, right?

JANNEY: Yeah. Steven Rogers and I went to the Neighborhood Playhouse in New York City together back in the '80s. And he wrote that part knowing that I would be able to inhabit that kind of lady and make her plausible. I guess that's the right word - real. Or...

SAGAL: For those who haven't seen "I, Tonya" - first of all, what's wrong with you?

SAGAL: Secondly, the character that Allison plays is Tonya's mother, who is truly the worst mother ever committed to film. And was it weird when someone says, oh, I wrote this part especially for you. I thought of you the whole time I was writing it. Here you go, Allison. And you were, like, thanks?

JANNEY: I did thank him, though, because he knew I like to take characters like that and make them human and make them believable. And having been a figure skater myself, I felt like I understood what a commitment it is for parents because my mother would get up at 5 in the morning and take me to the ice rink before school.

SAGAL: You were actually an ice skater when you were growing up.

JANNEY: Yes. I wanted to be an Olympic figure skater. That was my...

SAGAL: And were you actually going to be a - you were, like, on that track?

JANNEY: ...It's an acrobatic sport. I'm 6 feet tall. I - the most I could do - I could do a double salchow and a double flip - two double jumps. And that was it. Yeah. I was graceful, though.

JANNEY: You remember Torvill and Dean?

ROCCA: Oh, my God. I love that this is, like, "On The Waterfront" but frozen over.

SAGAL: Did you ever talk to Tonya about your performance as her mother? And if so, what did she say?

JANNEY: Yeah. She was the one who guided me in my performance. I couldn't believe that someone could be this horrible to their daughter, but she - this was straight - these were her stories, and she basically helped me have the confidence to step into it and believe just - you know, it was hard to do it to Margot Robbie, though. It was interesting as an actor trying to figure out how to, you know, be incredibly mean to her and just - yeah. We're going to jump into a scene now, and you're going to throw a knife at Margot Robbie. And go.

JANNEY: It's just so bizarre what we do.

SAGAL: I do want to ask you about "Bad Education," which is the movie that's coming out on HBO this weekend. Who is more of a prima donna to work with - the parrot from "I, Tonya," or Hugh Jackman?

JANNEY: Hugh Jackman - biggest prima donna (laughter). He is the loveliest - yeah, but the parrot wins prima donna hands-down - scene-stealing prima donna. Hugh Jackman is delightful, playful and, you know, accessible and generous. You know, he's just wonderful. He would - you know, and he did - he's the kind of guy that thinks about everyone and brings everyone scratchies (ph) on Friday, the whole crew, and buys everyone - just a really generous guy, a guy you want to...

JANNEY: Little lotto scratch cards - yeah, yeah. I don't know what you call them. I didn't play it.

SALIE: Let me ask you a question.

SALIE: Would you - before there's a coronavirus vaccine, would you film a sex scene with Hugh Jackman?

ROCCA: Allison, your parents are downstairs. Keep it down when you're talking about this.

JANNEY: ...Who's taller than me. And it was going to be a lovely moment for me. But we did just speak recently. We had to do a little virtual red carpet like this. And I was dressed exactly what I'm wearing right now. And we just...

SAGAL: Who are you wearing? Is that a cardigan?

BURBANK: Who are you wearing? My mother.

BURBANK: Is my mother's cardigan a hip designer in LA?

JANNEY: My mother's cardigan. I'm wearing a T-shirt I've worn for three days, and I do not smell so good right now. And I fancied it up with this little gold necklace.

ROCCA: And you should have your father just off-camera as the security guard for your necklace.

SAGAL: I have one last question for you before we go into the game, and it just occurred to me. So you're in your parents' house. Is this the house where you grew up?

SAGAL: OK. Maybe this still happens. Is there anywhere in the house a shrine to Allison Janney? Because you're an acclaimed award-winning actress. Wouldn't your parents, like, put up pictures of you on the red carpet and copies of your awards and stuff like that?

BURBANK: No one cares about Tim's (ph) Amway career.

JANNEY: I just remember calling my mother and father to tell them when I got nominated for my first Emmy. And my mother and father were up in Vermont. And she said, well, that's lovely, honey, but your father and I are dealing with the septic system right now, so we'll call you back.

JANNEY: I just think I am always very grounded here in Ohio.

SAGAL: Well, Allison Janney, it's a delight to talk to you. But we have asked you here to play a game that this time we're calling...

SAGAL: You starred in "Bad Education." We're going to ask you about dad education - the wonderful things that we've learned from it about dads. Answer 2 out of 3 of these correctly, you'll win a prize for one of our listeners - the voice of anyone they may choose from our show. Bill, who is Allison Janney playing for?

SAGAL: World champion swimmer Santo Condorelli says his dad is the secret to his success. He didn't start winning until his father did what before every race? A, gave him the middle finger; B, shouted win or drown; or C, swam the lane first to, quote, "make a groove."

JANNEY: Give him the middle finger.

SAGAL: You were so sure about that.

SAGAL: All right. Here's your next question. A local politician in Arkansas may regret teaching his son the ins and outs of politics after the teenager did what? A, created a fake superPAC that flooded the airwaves with negative ads and drove his father from office; B, bought the local paper and vowed to give his dad no mercy; or C, hired a well-connected lobbyist to pressure his dad for more allowance.

SAGAL: No, it was B. Nineteen-year-old Hayden Taylor bought the Central Delta Argus-Sun and said he'd give his dad no mercy.

SAGAL: All right. You have one last chance. If you get this right, you win.

SAGAL: Now, some dads have kids who are very quick learners. For example, as a young boy, Stephen Hawking's son was able to do which of these? A, he secretly added swear words to his dad's speech program; B, he programmed...

SAGAL: ...His dad's wheelchair to do surprise doughnuts; or C, he created a unified theoretical framework of physics that fully explains everything in the universe?

JANNEY: Well, I've just got to say I hope it's the first one.

SAGAL: ...Swear words to his dad's speech program. Bill, how did Allison Janney do on our quiz?

KURTIS: She wins another Oscar because 2 out of 3...

ROCCA: Allison, your parents are going to be so happy. You've got to tell them.

SAGAL: Allison Janney's new film is "Bad Education." It's streaming on HBO starting this very weekend. Thank you so much, Allison.

SAGAL: See you when we're all allowed outside.

SAGAL: In just a minute, it's a small world after all in our Listener Limerick Challenge. Call 1-888-WAIT-WAIT to join us in the air. We'll be back in a minute with more of WAIT WAIT... DON'T TELL ME from NPR.