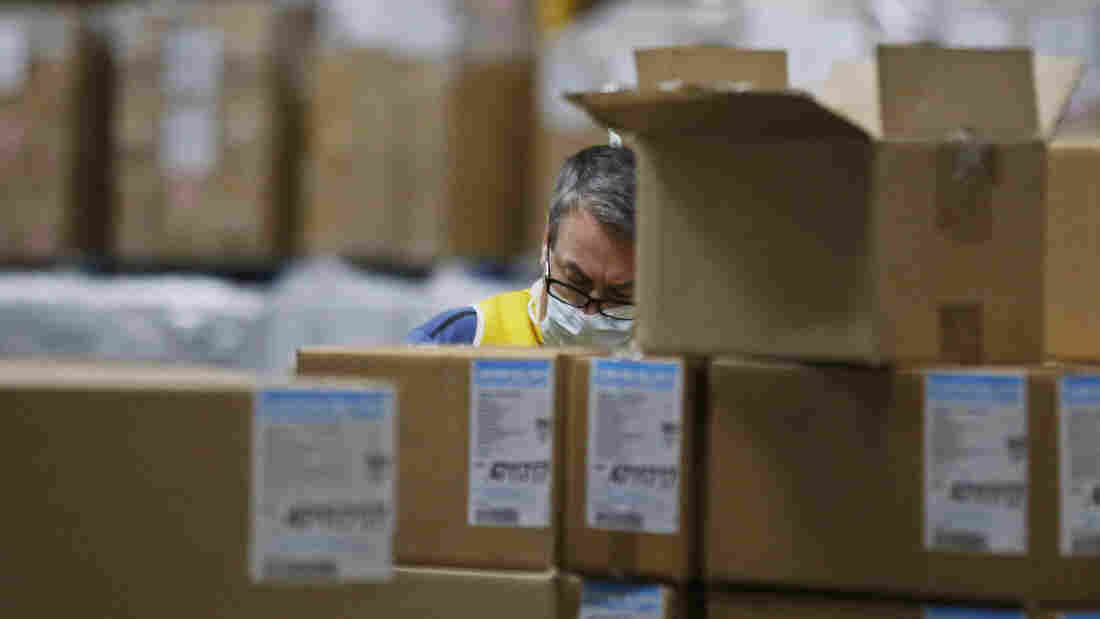 Fred Leighty, warehouse manager at Oklahoma's Strategic National Stockpile warehouse, in Oklahoma City earlier this month. The Government Accountability Office will be tracking management and distribution of the nation's stockpile as well as testing for coronavirus. Sue Ogrocki/AP hide caption 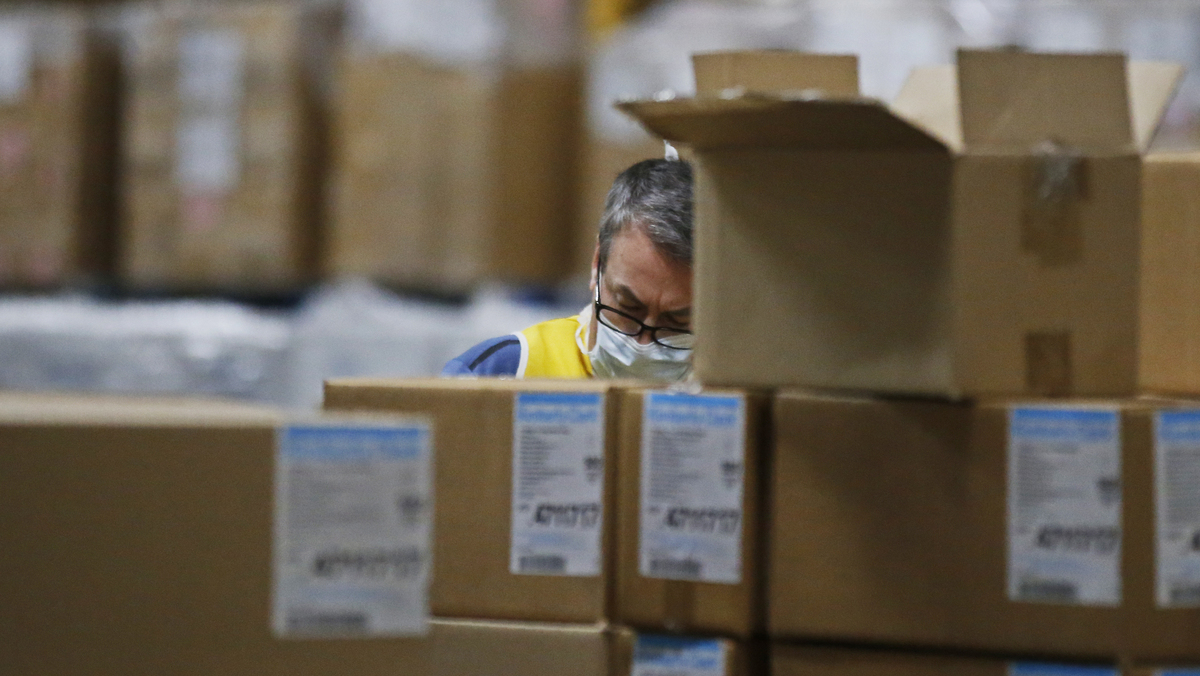 Fred Leighty, warehouse manager at Oklahoma's Strategic National Stockpile warehouse, in Oklahoma City earlier this month. The Government Accountability Office will be tracking management and distribution of the nation's stockpile as well as testing for coronavirus.

The CARES Act, the $2 trillion coronavirus response legislation Congress approved late last month, calls for a government watchdog, the Government Accountability Office, to monitor the spending and the overall federal response to the pandemic. And while President Trump has pushed back on other oversight, it will be difficult for him to block the GAO's work.

The GAO is a nonpartisan agency that is a part of Congress. "We've been given a very broad oversight role under the CARES Act," Nicole Clowers, the managing director of the GAO's health care team, told NPR.

"We're required to provide ongoing monitoring and oversight of the nation's preparedness for response to recovery from the pandemic, as well as examining the impacts of the pandemic on the economy, public health, as well as homeland security," she said.

Clowers said the GAO is also tracking how that $2 trillion is being spent. And she said the agency has already gotten to work.

"Some of the more immediate things that we're starting with include looking at testing for the virus, issues around the stockpile, including the management of the stockpile and the distribution of the equipment, the availability of the personal protective equipment, as well as infection control at nursing homes," she said.

It is a broad mandate, but Clowers said the agency has experience. It oversaw spending on the Troubled Asset Relief Program and the economic stimulus bill in 2008, measures Congress approved in the Great Recession. The CARES Act contained $20 million for the GAO to hire additional staff.

University of Maryland School of Law professor Rena Steinzor has worked with the agency, and she says the GAO is up to the task.

"They're used to doing complicated audits, and they're used to writing reports that are objective," Steinzor said. "Now, the downside of all of that is they are the group that dares to be boring, but arguably you need that."

Congress initially tried to find other avenues for oversight of the CARES Act by establishing a panel of inspectors general to oversee the money and a special inspector general to watch over the money distributed to corporations.

But President Trump removed the official set to lead the panel, and in a signing statement issued with the CARES Act, said he can limit the information the special IG receives from the Treasury Department.

The GAO, however, is beyond the president's reach, Steinzor said.

"He can't fire them; he can stonewall them. This administration is historical in terms of the amount of stonewalling that it just does," she said. "But they will find a way to talk to people, and they will just keep their head down and keep on walking toward the goal."

The GAO weighed in during the president's impeachment, finding Trump violated the law when he withheld congressionally approved foreign assistance to Ukraine.

Clowers said the GAO has long worked with Republicans and Democrats, and she's confident the agency will be able to do so as it looks into the government response to the pandemic.

The GAO is to report its findings every 60 days. Its first report is due at the end of June.