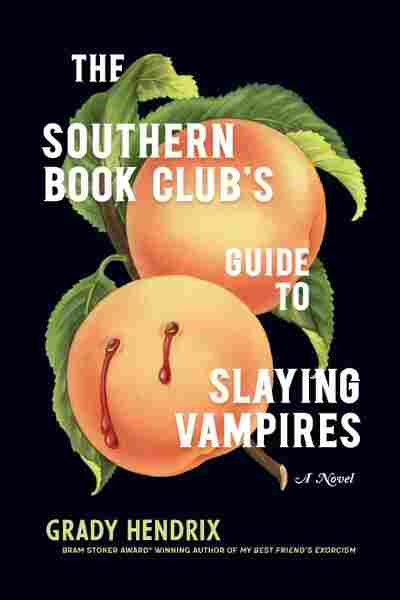 Grady Hendrix's new novel stars a group of determined women who confront a supernatural threat in their community — and while vampires aren't real (as far as we know), Hendrix says The Southern Book Club's Guide to Slaying Vampires has its roots in his own real life.

"Getting some blood on the page is the only way I know how to write, so all my books are really personal," he tells me in an email interview. "This one's set in the neighborhood where I grew up, around the time I graduated from high school, and it's the first time I've had to run a book past my family before publication because so many of our stories wound up in it. Fortunately I've fictionalized everything pretty heavily so no one had too many problems."

Hendrix says the one character who really "cut to the bone" was Mrs. Mary, the grandmother affected by dementia who moves in with her son's family.

"That's very closely based on my own grandmother who moved in with us when she couldn't live alone anymore, and while I know it was the right thing to do, I was eight years old and she terrified me. I remember my grandmother as a monster, and that's not her fault, it was a disease none of us understood. I felt embarrassed to write about her and even more embarrassed to write about my reaction to her, but I also wanted to give her the hero moment she deserved, the one Alzheimer's robbed her of at the end of her life."

The way you depict the women at the center of the book is clearly affectionate, but in places I felt like it was edging a little into mockery ... was that your intent? Tell me how you approached building these characters and their world.

The choices these women had to make were hard, and they were never offered the easy option. Southern ladies are not cute and cuddly. They are tough, strong women who will mess you up.

I feel bad it seemed to edge into mockery — I take these ladies very seriously. They're the women I grew up around, and I wanted to write about how I went from knowing them as a kid, when they seemed like a bunch of lightweight nobodies, to how I got to know them as adults, when I learned that they had dealt with all the ugly, difficult stuff so the rest of us wouldn't have to. The choices these women had to make were hard, and they were never offered the easy option. Southern ladies are not cute and cuddly. They are tough, strong women who will mess you up. On the other hand, I grew up in Charleston and that world can sometimes seem over-the-top, where the condition of your yard or whether you served your guests on paper or china plates were referendums on the state of your soul. It seems silly in retrospect, but at the time it felt deadly serious. But, you know, in 30 years a lot of the things that feel like life or death to me now are going to feel like punchlines. Time tends to turn almost everything into comedy.

Is it just me, or is there some Fright Night influence here? 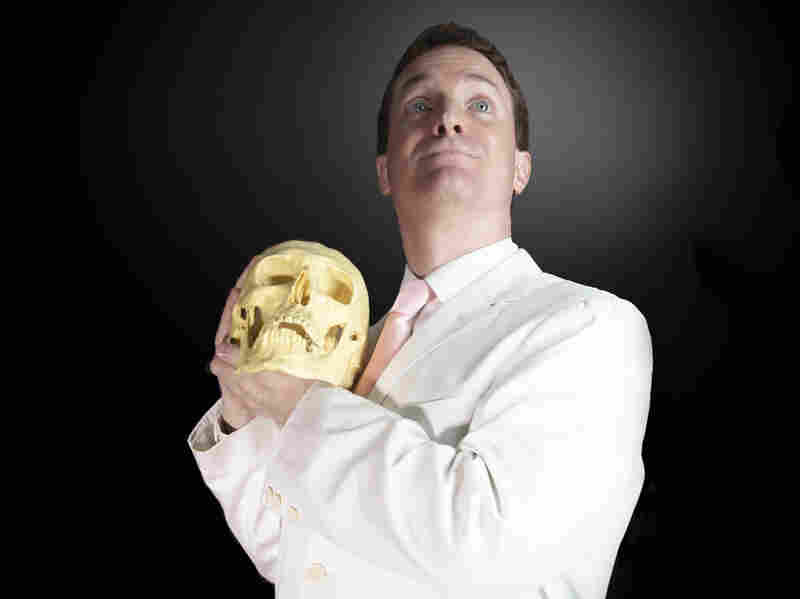 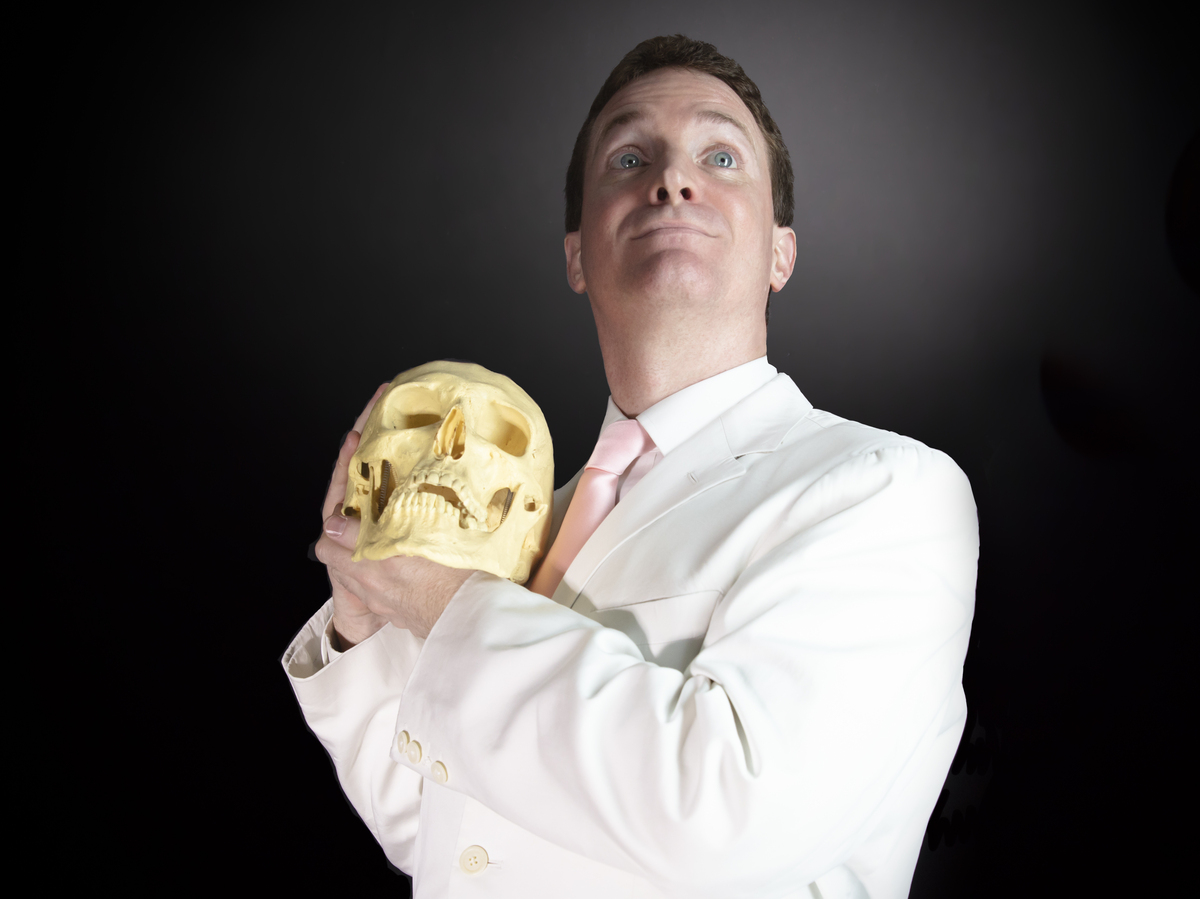 You know, someone else pointed that out to me and I'm ashamed to say that as much as I love Fright Night, it didn't occur to me until long after the book was finished. Maybe on an unconscious level? But there's a primal story out there that this taps into, and so does Fright Night. It's a story about how during the day our neighbors smile and act friendly, but at night they pursue more sinister interests. It's the story that yielded the Salem Witch Trials and the Red Scare. It's the story of the serial killer. How many real life stories end with some makeshift graves being excavated in a suburban backyard while the neighbors tell the television cameras, "He was a nice, quiet man who kept to himself."

You set this in the early '90s, which seems very deliberate. What does that mean for the story? (My nerd brain says "Pre-Buffy," but I'm guessing there's more to it than that)

Everyone remembers the '90s as the decade when "nothing happened" but everything happening today has its roots in the '90s. It's when the banks were deregulated, it's the last time we impeached a president, it's the first time Hillary Clinton entered our consciousness, it's when people like John Wayne Bobbit and OJ Simpson got famous for being infamous, it was the beginning of reality television, and the dawn of the 24-hour news cycle. When that decade began, Wal-Mart was just another store. When it ended, Wal-Mart was the largest private employer in the world. And the '90s were a weird decade for women, starting with a huge wave of women entering Congress in the wake of the Anita Hill hearings in 1992 and the riot grrl movement, and ending with Girls Gone Wild porn and boy bands ruling the airwaves. Something happened, but I'm still not sure what.

There were points at which I felt like the men in the novel — the human men, anyhow — were almost as much a Big Bad as the actual monster. Am I on to something?

When my parents got divorced in the '80s my mom was a 50-year-old woman without a college diploma, because her family believed sending a woman to college was a waste of time, and without a credit score because she'd never had a credit card or a bank account in her name. My dad wasn't a bad man, but that's just the way things were. It's hard to imagine how stacked the deck has been against women for so long. You have dictionaries from the '70s defining "housewife" as "a light, worthless woman or girl," you have an entire magazine and self-help industry telling them they're not keeping their houses clean enough, their bodies beautiful enough, their children healthy enough. I read housewives' "instructional" manuals from 1847 to 2013 and that's consistently been their message for 175 years. It's only in the last few decades that men have been asked to look at their role in all of this, and it's really only in the last decade that, as a dude, benefiting from this situation even if you aren't perpetuating it has become widely seen as not good enough.

Tell me about how you decided to approach race in this story — because we're following a group of white women, but they're relatively insulated from the actual horrors going on. Relatively, anyhow.

It wasn't so much a conscious decision as the fact that I decided to write about what I saw growing up in South Carolina in the '90s. My vampire moves to this town because he sees a time coming when everyone's going to need a credit card and a photo ID, so he's got to put down roots, get a home address, open a bank account. And he assumes that if he preys on poor and blue collar African American people no one's going to care.

What he doesn't see is that white women where I grew up relied on black women to help them raise their children and clean their homes. They interacted every day and often became friends, even if those friendships were complicated and limited by serious issues of race and class. But they cared about each other's families. They knew each other's problems. My vampire just skims the headlines and assumes that the children of working class African American parents aren't valued. He doesn't look deeper and realize that in a lot of ways, at our best, moms care about kids no matter whose they are.

But you know, aren't we all relatively insulated from the actual horrors of the world until suddenly we're not? And then we look around at all the blood and agony rising up over our heads and we think, "How'd this happen?" But if we'd been paying attention to the marginalized people all around us, we could have seen it coming all along.