Accessibility links
Coronavirus Puts Science At Forefront Of Presidential Election As COVID-19 takes over the political conversation, Americans' ambivalence about science — and "experts" in general — is likely to come to the forefront.

Science Becomes A Dividing Issue In Year Of Election And Pandemic

Science Becomes A Dividing Issue In Year Of Election And Pandemic 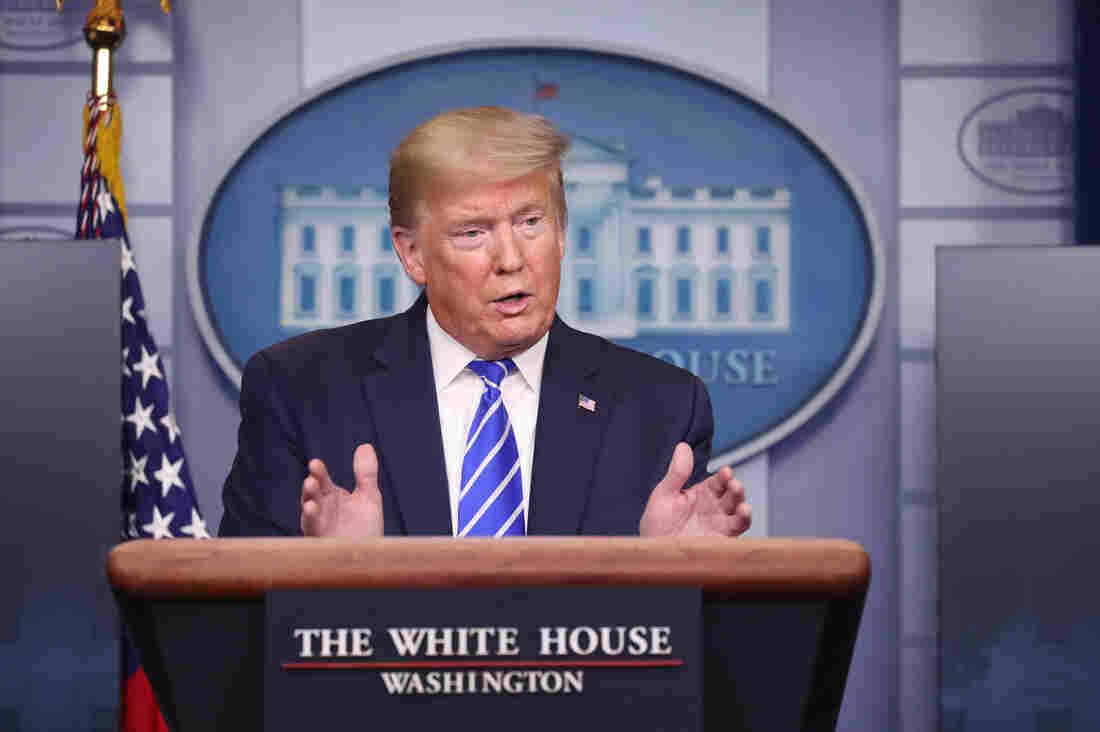 President Trump's handling of the coronavirus pandemic and the economic collapse has shaken voters' confidence in him, with the percentage of undecided voters more than doubling in the last two weeks. Michael Reynolds/Bloomberg via Getty Images hide caption 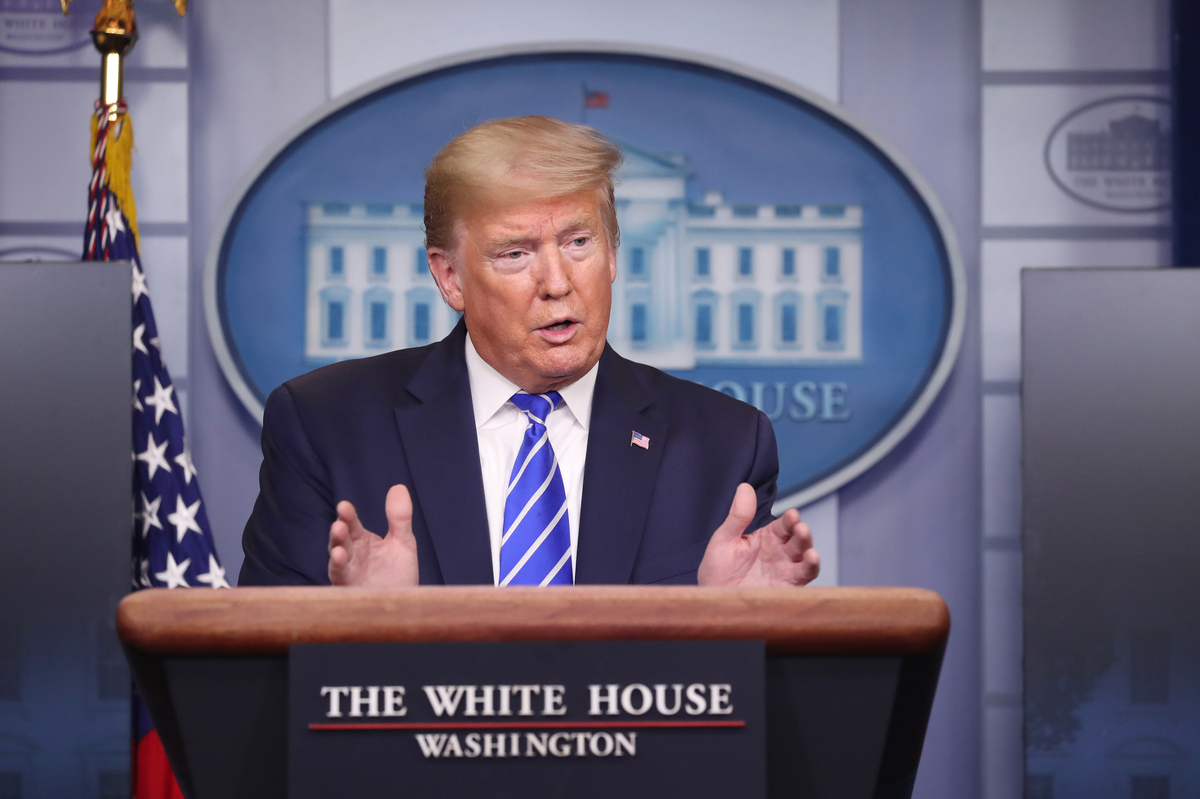 President Trump's handling of the coronavirus pandemic and the economic collapse has shaken voters' confidence in him, with the percentage of undecided voters more than doubling in the last two weeks.

It now seems apparent that COVID-19 will dominate American life for months to come, quite possibly through the national election in November.

That means the disease, and efforts to respond to it, will likewise dominate the 2020 campaign and make it largely about something it has never been about before.

That something is science.

It is hard to think of a time when hard science — biology, virology, epidemiology — has been so much the core of our political conflict. Issues from evolution to stem cells to vaccination have long been a part of our political conversation, but not at the forefront of presidential elections.

This virus crisis has largely taken over the political conversation. Americans are all learning new, polysyllabic vocabulary and complex truths about threats they cannot see.

And that is likely to bring out all of the culture's ambivalence about science.

In COVID Briefings, Trump Again Relies On Both Shock And Strategic Retreat

Last summer, a Pew Research Center survey found that 86% of Americans expressed "a fair amount or a great deal of faith" that scientists act in their best interests.

A YouGov poll in April 2017 found an even less sanguine attitude, as reported in Scientific American. That measure found only 35% of Americans had "a lot of confidence" in scientists. A plurality (45%) had "a little," while those with "none at all" had grown substantially since YouGov polled the same question in 2013.

Little wonder then that political figures such as Texas Lt. Gov. Dan Patrick, a Republican, and media personalities such as Fox News' Tucker Carlson pounce on the difference between various projections of deaths from COVID-19.

They interpret lower death totals (thus far) as evidence that the threat was overblown, even though public health experts consider it proof that shutdowns and social distancing are working — and note that the threat is not over.

Scientific experts, like experts in general, have fared poorly in the populist atmosphere of the past decade in Europe and the United States.

"Voters say they reject expertise because experts, whom they think of as indistinguishable from governing elites, have failed them," writes Tom Nichols, a professor of national security affairs at the U.S. Naval War College.

Nichols published a book in 2017 called The Death of Expertise: The Campaign Against Established Knowledge and Why It Matters. Summing up his argument for Politico, Nichols observed that Americans have always had a healthy skepticism about "eggheads" of various kinds.

He says that skepticism renewed itself in the "social and political traumas" of the 1960s and 1970s. But since then, he argues, "Globalization and technological advances have created a gulf between people with enough knowledge and education to cope with these changes and people who feel threatened and left behind in the new world of the 21st century."

The plain fact is that for many, science is a source of wisdom but by no means the only one. There can be a "balancing" of science with religious teaching or humanistic ethics — or what people may regard as their own common sense.

That is why so many Americans may identify with President Trump's overeagerness about potential drug therapies for COVID-19 that have worked on other diseases.

Trump's hopefulness for the antimalarial hydroxychloroquine, for example, was apparently not shared by one of the administration's own leading vaccine scientists, Richard Bright. Bright tried to limit broad use of the drug because its application lacked "scientific merit." As a result, he says, he was removed as director of the Biomedical Advanced Research and Development Authority.

In a statement released by his attorneys last week, Bright sounded the alarm: "To combat this deadly virus, science, not politics or cronyism, has to lead the way."

Also this past week, the president stood at the podium of the White House briefing room and cast doubt on the survival of the coronavirus in the fall. He then deferred to his top scientific adviser on the question.

"We will have the virus in the fall," said Dr. Anthony Fauci of the National Institutes of Health.

Trump also insisted the head of the Centers for Disease Control and Prevention had been misquoted about the difficulties of managing COVID-19 in the fall. Dr. Robert Redfield took the lectern to say he had not been misquoted.

But all this was prelude to the Thursday night stunner, when the president extended his embrace of "game-changer" therapy ideas to raising the question of whether injecting a disinfectant (which can kill the coronavirus on a surface) into a person could kill the virus (in reality, doing so would be toxic).

This prompted such immediate blowback — from scientists, hospital personnel and even the makers of Lysol — that the president later insisted he had made the comment sarcastically. And the next evening's briefing was cut off at just 22 minutes, with the president taking no questions.

The crisis is spreading through the body politic even as it spreads through the human population. It will stress both in myriad ways. Americans' conflicted relationship with science will play a role in how they deal with that stress.

For the moment, most are accepting the scientific approach of social distancing in service of a greater good. But there are rejections of stay-at-home orders in street protests and in some statehouses.

Saturday night, Trump repeated a line used to argue for reopening the country sooner rather than later: "Remember, the Cure can't be worse than the problem itself." He added, "Be careful, be safe, use common sense!"

The struggle has been joined, and it will likely outlast both this one campaign season and this one pandemic.