Accessibility links
Swedish Ambassador Says Stockholm Expected To Reach 'Herd Immunity' In May Sweden has employed a controversial coronavirus response strategy of imposing only limited restrictions. The country's ambassador to the U.S. says the approach is having success. 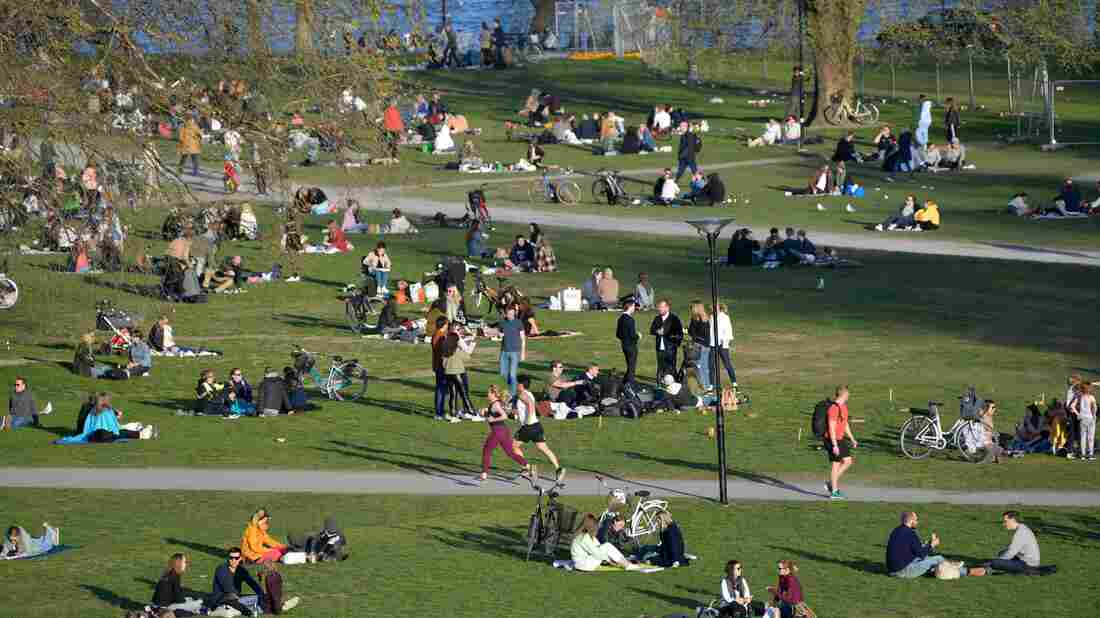 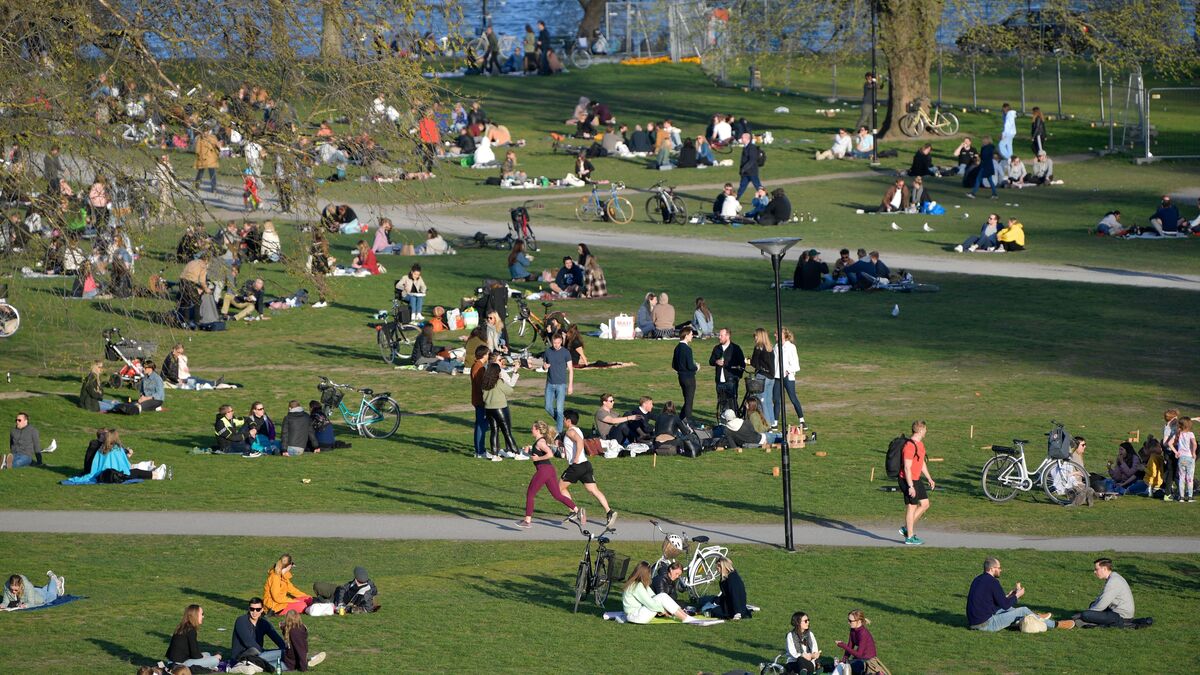 People enjoy high temperatures on April 22 in Stockholm. Sweden has not imposed the extraordinary lockdown measures seen across Europe.

Sweden's ambassador to the U.S. believes the country's controversial strategy of imposing only limited restrictions — and not locking down the country — is bearing success, with the capital, Stockholm, on course to reach herd immunity in the next few weeks.

"About 30% of people in Stockholm have reached a level of immunity," Karin Ulrika Olofsdotter told NPR. "We could reach herd immunity in the capital as early as next month."

Herd immunity means the majority of a given population has become immune to an infectious disease either by recovering from it or through vaccination. Some researchers have put the threshold for coronavirus herd immunity at 60% in some areas.

There is no scientific proof, however, that people who have recovered from COVID-19 are actually protected from a second infection. The World Health Organization on Friday said the idea that one-time infection can lead to immunity remains unproven.

Olofsdotter agreed that more research and testing are needed to answer the lingering question regarding immunity. The Swedish government is ready to change its strategy should the situation require it, but there are currently no plans to switch course, she said.

Schools, restaurants and malls have remained open in Sweden. The government has issued social distancing guidelines, discouraged nonessential travel and recommended that people over 70 stay at home. Authorities also banned gatherings of more than 50 people, and visits to nursing homes are prohibited.

While the vast majority of Swedes approve of and follow the government's guidelines, reports suggest that Stockholm's residents have begun to break the rules as the weather gets warmer. The government swiftly responded by threatening to shut down any restaurant or bar that fails to implement adequate social distancing.

"I don't want to see any full open-air restaurants in Stockholm or anywhere else. Otherwise, businesses will be closed," Swedish Home Affairs Minister Mikael Damberg said on Friday.

According to the latest data from Johns Hopkins University, there are more than 18,500 confirmed coronavirus cases in Sweden, with 2,194 deaths as of Sunday.

These numbers don't bode well when compared with those of other Nordic countries. Denmark, which this month relaxed some of its restrictions, is closing in on 8,800 coronavirus cases. Its death toll stands at 422. Finland recently extended its ban on mass gatherings through the summer. The country has more than 4,500 confirmed cases and has reported 190 coronavirus deaths. Denmark and Finland have a population of around 5 million each, which is roughly half of Sweden's.

"We share the same goal as all other countries, and that is of course to save as many lives as possible and protect public health," Olofsdotter said. "So we face the same reality as everyone else. But what's different — and I think it's important to underline that all countries are different — is that politicians take the measures that they think works best for their country and their general public."

More than half of all deaths in Sweden have occurred in elderly care homes, Dr. Anders Tegnell, chief epidemiologist at Sweden's Public Health Agency, told CNBC on Thursday. The government is investigating the causes behind the high mortality at the nation's nursing homes.

"Once we know how the virus got into our elderly care facilities, the government can make recommendations and take measures to try to stop that, because that is the biggest tragedy of all this, that it has gotten into the nursing homes," Olofsdotter told NPR.

The ambassador said the decision to keep restaurants, shops and schools open during the crisis could potentially speed up Sweden's economic recovery, but she made clear that businesses and employees have been suffering under the pandemic.

European Union leaders last week failed to reach a deal on an economic recovery program for its 27 member states.

"We have chosen a strategy of trying to flatten the curve and not get too dramatic a process, because then the health care system probably will not cope," he told Swedish newspaper Dagens Nyheter. "But it also means that we will have more seriously ill people who need intensive care — we will have significantly more deaths. We will count the dead in thousands."