Accessibility links
Coronavirus Latest: Americans Want Government In Times Of Crisis The coronavirus pandemic is an example of when Americans want competence from their government at all levels and need to be able to trust their leaders.

Americans Are Generally Skeptical Of Government, But Want It To Intervene In A Crisis

Americans Are Generally Skeptical Of Government, But Want It To Intervene In A Crisis 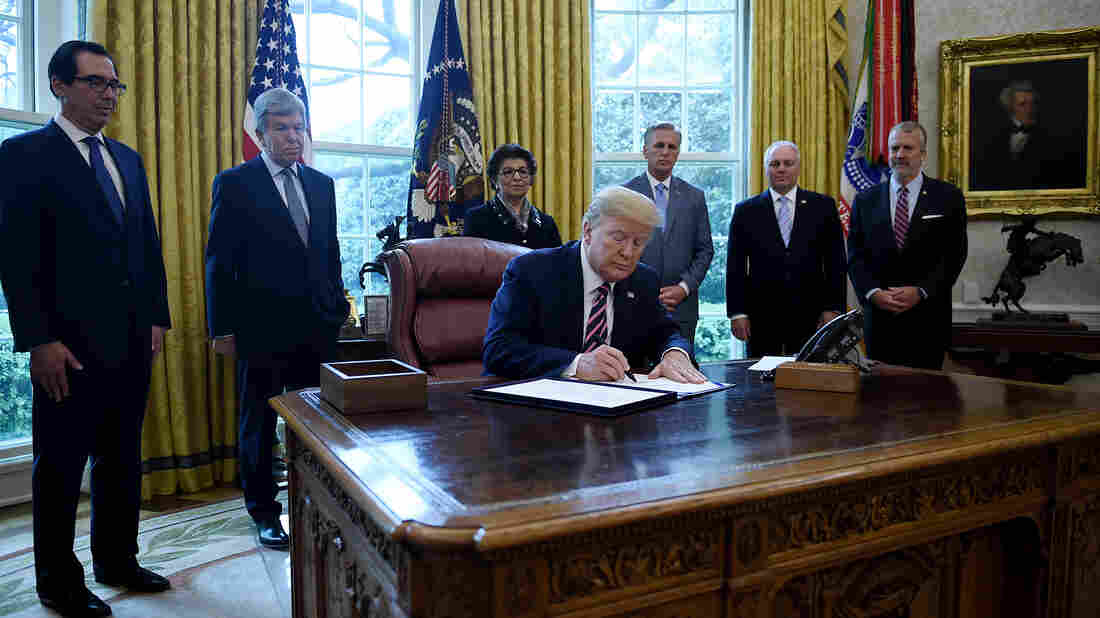 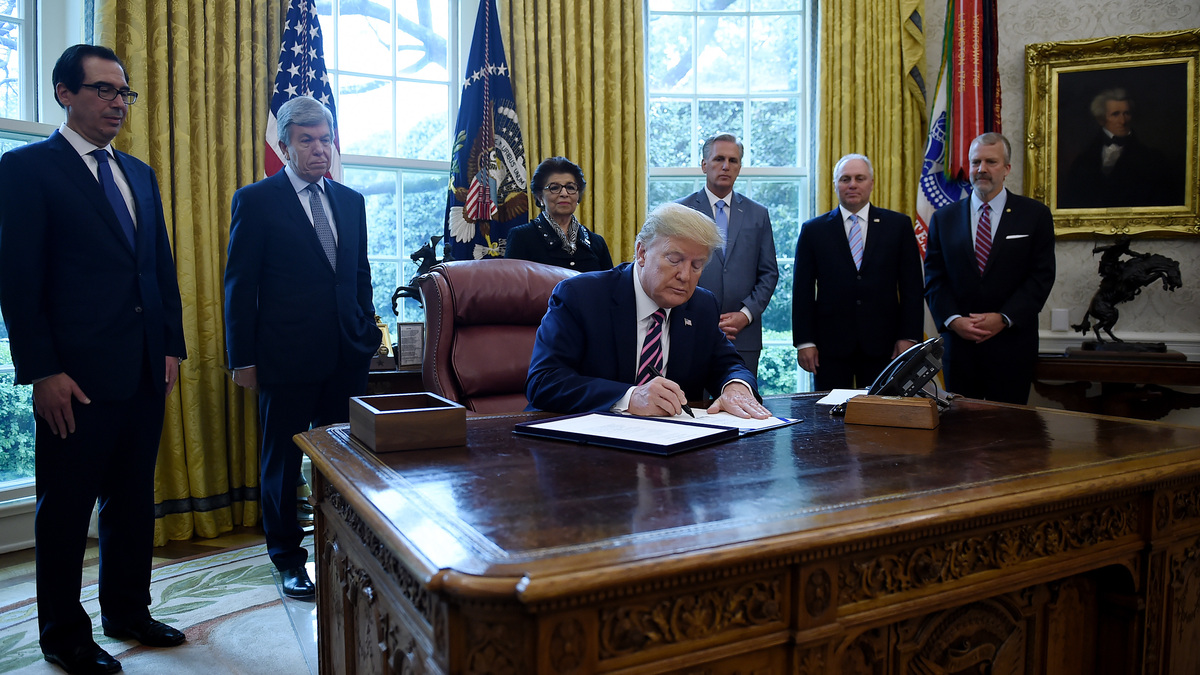 President Trump on Friday signed about $484 billion more in relief funds amid the coronavirus pandemic.

And that was before the coronavirus pandemic.

This is one of those times when government counts. This is when government is called upon to fill the gaps that individuals and private industry can't. Hurricanes, tornadoes, floods, economic and health crises — these are the times people especially depend on their government and need it to function properly.

They also need to trust the information they're hearing, so there's no confusion. President Trump has struggled on this front. In an effort, he says, to tamp down potential hysteria and fear, Trump initially downplayed the coronavirus. His messages have been mixed. And he has floated unproven treatments and experimental ideas. Why?

"You have to understand, I'm a cheerleader for this country," Trump said earlier this month. "I don't want to create havoc and shock and everything else."

But the result has been that most Americans don't trust what he says about the coronavirus, according to the latest NBC News/Wall Street Journal poll. The good news is Americans do trust what their local officials and government health experts are saying about the virus.

The briefings in (really) brief

Trump and members of his coronavirus task force did not hold press briefings Saturday or Sunday this past weekend. That follows Friday's short briefing. In fact on Saturday, Trump tweeted that they're not worth the time and effort.

What is the purpose of having White House News Conferences when the Lamestream Media asks nothing but hostile questions, & then refuses to report the truth or facts accurately. They get record ratings, & the American people get nothing but Fake News. Not worth the time & effort!

A briefing was planned for Monday evening at 5 p.m. ET, but then was removed from the White House schedule late Monday morning.

White House press secretary Kayleigh McEnany told reporters Monday that Trump and the task force will hold briefings later in the week. But, she said: "They may have a different look."

Quotation of the weekend

"It's more than stupid; it's dangerous."

— On NPR's All Things Considered on Sunday, House Speaker Nancy Pelosi criticized Trump's effort to withhold funding from the World Health Organization and other steps his administration is reportedly taking to sideline the global health agency.

Other key coronavirus stories from NPR

— Ex-Officials Call For $46 Billion For Tracing, Isolating In Next Coronavirus Package: Two leading former federal health officials, who served in recent Republican and Democratic administrations, are spearheading a call for a $46 billion public health investment in a next coronavirus aid package to safely reopen the economy.

— When Is It Safe To Ease Social Distancing? Here's What One Model Says For Each State: Researchers have suggested one standard: 1 new infection per million people in a given state. They estimate that states with this level of transmission should be able to keep outbreaks from flaring up even after people start mingling again, though the researchers stress that states would still need to limit large gatherings.

— 'No Evidence' Yet That Recovered COVID-19 Patients Are Immune, WHO Says: "There is currently no evidence that people who have recovered from COVID-19 and have antibodies are protected from a second infection," the organization wrote.

— NYC Poison Control Sees Uptick In Calls After Trump's Disinfectant Comments: New York City's Department of Health and Mental Hygiene said that in an 18-hour period ending at 3 p.m. Friday, the poison control center recorded 30 cases. That compares with 13 cases for the same time frame one year ago.

— Science Becomes A Dividing Issue In Year Of Election And Pandemic: As COVID-19 takes over the political conversation, Americans' ambivalence about science — and experts in general — is likely to come to the forefront.

Benjamin Swasey of NPR's Washington Desk contributed to this report.