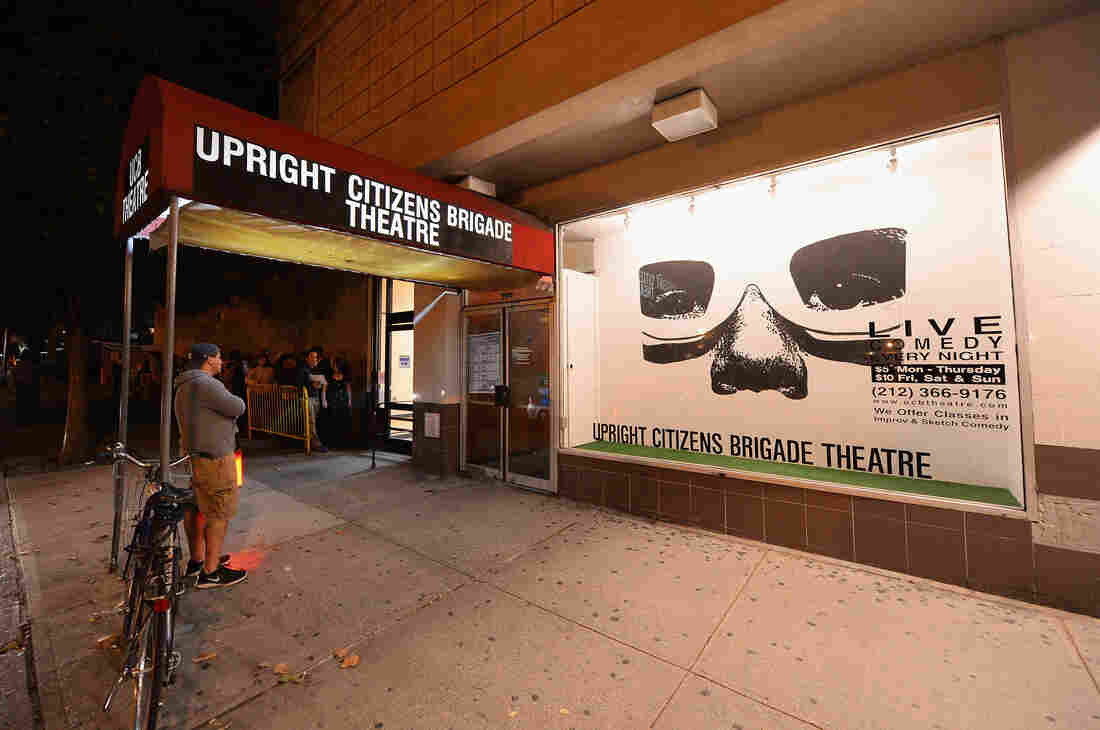 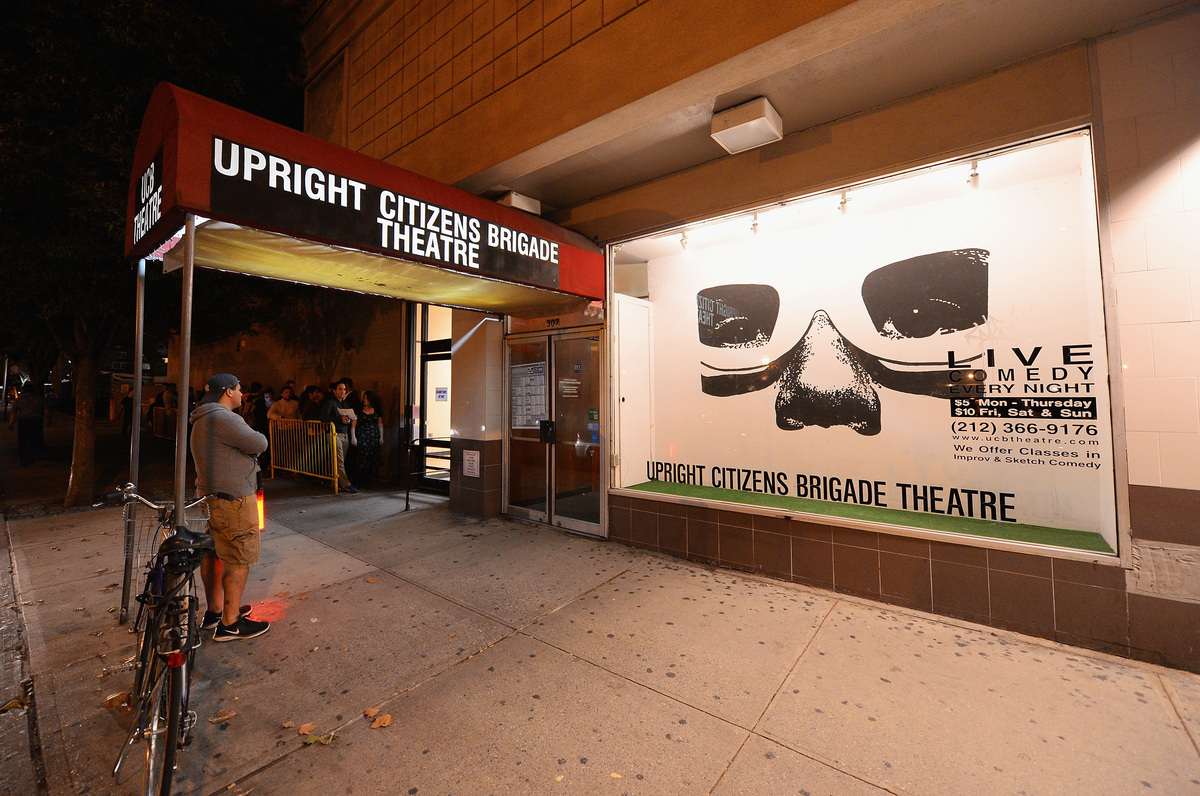 When the Upright Citizens Brigade announced plans to permanently close its New York bases last week, comedy lost a beloved home. The scrappy, alternative comedy troupe that grew into a school and theater revolutionized improv in New York and beyond with its embrace of "Yes, and ..."

The New York institution incubated the talents of stars such as Kate McKinnon, Aziz Ansari, Chris Gethard, Donald Glover, Aubrey Plaza and many others in the comedy world. A pillar of longform improv, UCB teachings have been brought into countless comedy writers' rooms and are etched into many successful TV shows.

Four of the company's founding members, known as the "UCB4" — Amy Poehler, Matt Besser, Matt Walsh and Ian Roberts — told staff in an email on April 21 that the organization couldn't afford to renew its leases on the group's two Manhattan locations: the UCB theater in Hell's Kitchen and a training center in the Garment District.

UCB also has two locations in Los Angeles where operations have been temporarily halted during the coronavirus outbreak, but there are currently no plans to close them.

Obits followed, marking the exit of UCB's physical presence in the city where it took off in the '90s, when the group turned a former strip club into its first theater.

"The guys that I came up with in New York at the UCB Theater — we made our bones there basically," said Rob Corddry, who went on to be a Daily Show correspondent and star in comedy films including Hot Tub Time Machine. "It's really sad. Sort of the end of an era."

How Mike Birbiglia Applies 'Yes, And ...' To Improv And Beyond

The news comes a month after layoffs were announced at the group's New York and Los Angeles facilities in response to the coronavirus. A small number of staff were kept at training centers on both coasts.

But UCB was under financial strain long before the pandemic. Many UCBers cast the move as an example of an opaque, top-down decision-making that, over the years, they say has sowed distrust in UCB leadership among its members.

"The biggest issue with UCB was the lack of communication of the company and the owners to their employees," said Paris Adkins, a New York performer who was laid off from her administrative job with the company last month.

A previous round of layoffs took place at the end of 2018, mostly of New York employees. Adkins said the pandemic "is just the extenuating circumstance that put things over the edge."

As for the most recent closures, UCB's founders admitted to falling short of expectations.

"Look, we heard the community when they said, 'We're scared, too, and we want better communication,' " Amy Poehler told The Hollywood Reporter in an interview with the UCB4 after the announcement. "I think we did make mistakes, and we're trying to do better."

UCB has not responded to NPR's attempts to contact the organization.

Chris Renfro, an LA-based performer and show producer who relied on UCB as his main source of income, said that learning in March via a mass email that his 3-year career there had come to an end struck him as a betrayal of the values the UCB4 claimed to live by.

"It felt like they had turned their backs on this massive community they had built up around them," he said. "So now there's a weird taste in a lot of peoples' mouths because of that."

According to a letter sent to staff addressing the layoffs, Poehler said she would pay for an additional month of health care for former full-time staff.

Much of the company's operations run on part-time staff, according to Adkins. She estimated that UCB cut a total of 45 New York-based employees across the city since last month.

Despite the community's frustrations, when the indefinite shutdown of the New York outposts turned definite, the tributes rolled in online.

Stephen Colbert, who studied at the peer improv hub Second City in Chicago before moving to New York, tweeted "I'll always be grateful" for the times he was roped in to perform with UCB during the '90s in the acclaimed sketch show mainstay Asssscat.

Daily Show correspondent Jordan Klepper added, "When I left Chicago, the people at UCB NY welcomed me, challenged me, and embodied the NY spirit of full commitment today because tomorrow you could run out of cash and life ships you back home."

Other dispatches on social media were less endearing.

Former students, many of whom shelled out several hundred dollars for improv classes, wrote about negative experiences and wasted money. Some revived longstanding criticism of the theater's policy to not pay its performers, unlike many of its improv peers.

Despite its problems, many felt a sense of community at UCB, Adkins said.

"I think people are grieving," she said. "It's pretty much my only community in New York and I think a lot of people feel that way. You don't get the support of a community like you do at UCB."

In an effort to financially support herself and her peers following the layoffs, Adkins started a GoFundMe page to raise money for New York staff. To date, the account has raised nearly $60,000. She's splitting the funds between staff members, who will receive a month's worth of pay. The rest will be divided among teachers who are in need, Adkins said.

At least for the short-term, the company has moved both LA and New York classes online. For the long-term in New York, leadership has floated plans to return to the old days of renting other independent spaces to hold classes and performances.

Still, even some of its youngest members see the now-shuttered hubs as a piece of history.

"But that's replaceable and people are not," said former training center staff member Maicy Jo Schwartz, who began her UCB NY career in 2014.

"I wouldn't be surprised if in the future some people branch off and start their own theaters or their own training centers or their own underground improv and sketch, because New York is a perfect place to do that," she said. "And I do hope that the UCB4 — Amy, Matt, Matt and Ian — can be part of that and support that when there are future endeavors that their alumni take on."