Accessibility links
In 'Never Have I Ever,' Mindy Kaling Brings A New Nerd To TV "It ended up being very cathartic," Kaling says of creating the Netflix show, Never Have I Ever. The series centers on an outgoing, opinionated, Indian American teen who's on the hunt for a boyfriend. 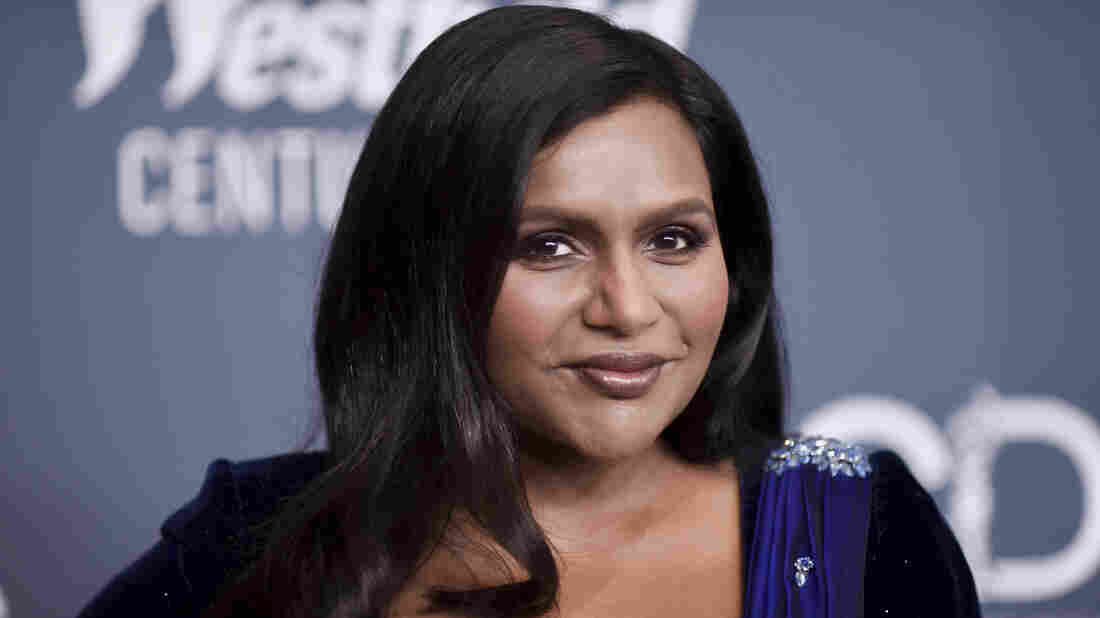 Mindy Kaling drew on her own high school experiences to co-create the Netflix series Never Have I Ever. Richard Shotwell/AP hide caption 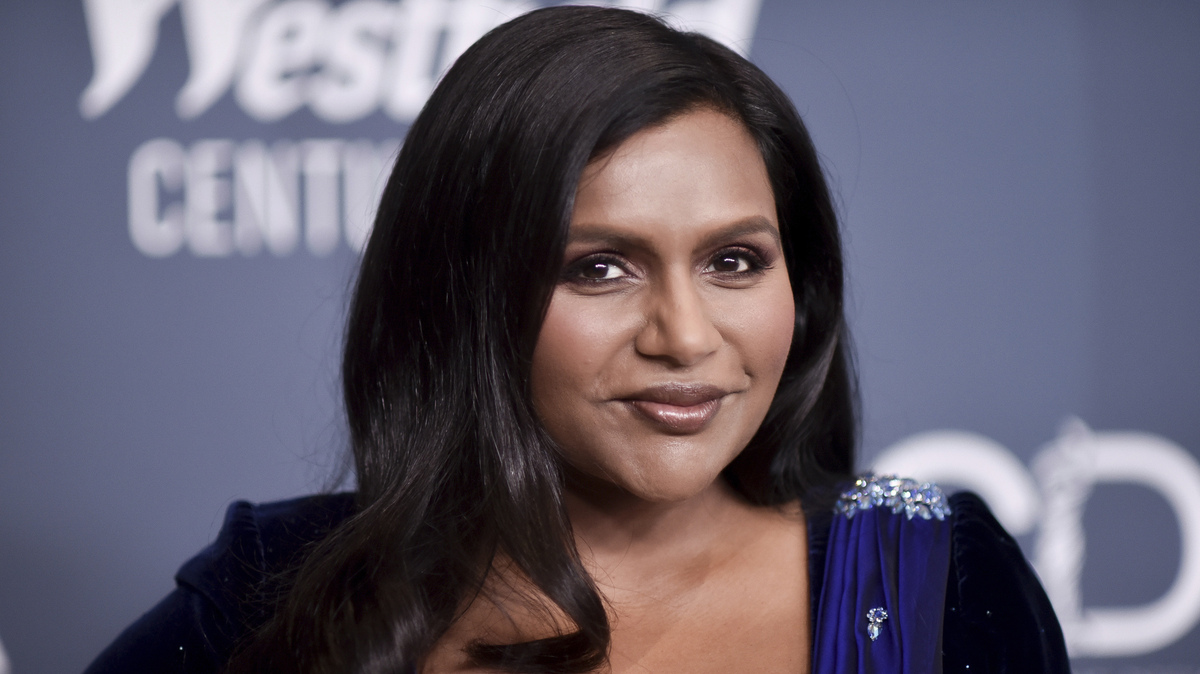 Mindy Kaling drew on her own high school experiences to co-create the Netflix series Never Have I Ever.

When nerds are depicted on screen, they are often bookworms and wallflowers who struggle to stand up for themselves. That's not the type of nerd Mindy Kaling wanted to focus on in Never Have I Ever, the Netflix series she co-created with Lang Fisher.

"There's also the belligerent, confident nerd, and they want big things for themselves," Kaling says. "We wanted to show an ambitious nerd ... [who] wanted to lose her virginity, wanted to be cool, go to concerts."

Kaling first became known for her role as Kelly Kapoor on The Office. She was also a writer and producer of the series, and she was the showrunner and star of the series The Mindy Project.

Never Have I Ever draws on Kaling's experiences when she was in high school. The main character, Devi, is the 15-year-old daughter of immigrants from India and one the school's top students. She's nerdy and unpopular — but she's also outgoing, opinionated and on the hunt for a boyfriend.

Kaling was initially hesitant to revisit her teen years for the project: "Like a lot of comedy writers, I think of my adolescence and childhood as incredibly embarrassing," she says. "I thought it would honestly be too painful and embarrassing to relive those experiences."

But Kaling filled the writers room with a staff of young Indian women, and once they began sharing stories, her outlook changed. "It ended up being very cathartic, actually," she says. "It made me feel that all the stuff I was going through as a teenager, I was not alone."

It happened to the brother of my co-creator, Lang Fisher. ... When we were talking about the series — there are so many teenage series ... about love and sex and all of that — and we were both really interested, because we had parents that died unexpectedly, in talking about grief and how grief manifests itself. And [Lang's] brother, after her parents got divorced, had about four months when his legs were paralyzed. And then, all of a sudden, they started working again. And they went to every doctor. They went to every psychologist. And it was this mysterious thing. ... 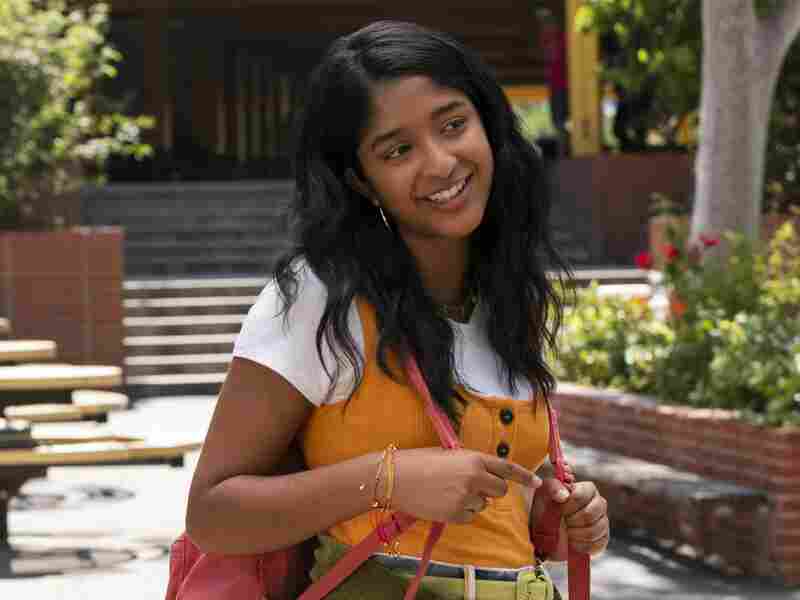 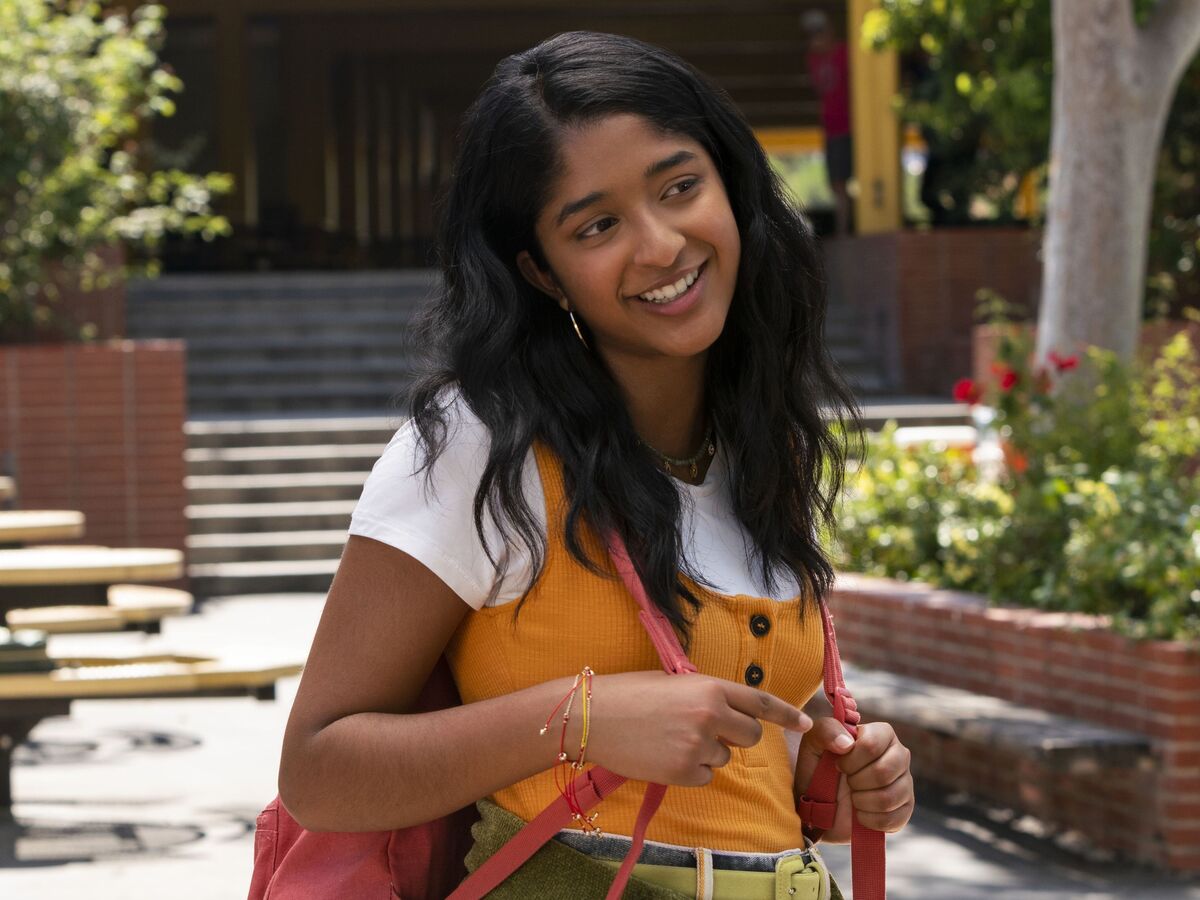 Devi (Maitreyi Ramakrishnan) becomes temporarily paralyzed after the sudden death of her father in Never Have I Ever.

In researching it, this is something that happens to people, particularly young people, sometimes after trauma. So that was hard to resist as something to talk about. And after she spoke to her brother and got permission, we felt we wanted to use it in the series, because we thought it was a really fascinating physical manifestation of a teenager's grief.

On how her experience of being a diversity hire for the writers room of The Office informed her movie, Late Night

[I'm a] proud diversity hire. ... I think the [NBC diversity hiring] program was invaluable, and I think that NBC was, at that time, the only one of the major networks that was doing something like that.

At the time, I didn't think so. At the time, I thought it was really humiliating, actually, because the way that that works is a diversity hire is no cost to the show. So when you get hired and you're a minority and through that NBC diversity hiring program, you know that NBC is paying the cost of your salary, not the show. So that's why the show is incentivized to hire minorities. ...

There's this phenomenon that ... a writer gets hired for a year and then they only pay your salary the first year. So if you are going to continue on for a second year, they won't pay your salary anymore. So you'd have this phenomenon on these shows — because other networks started doing the same thing — where you'd have a minority writer who is a staff writer, which is the entry-level writing job, and then the next year there'd be a different staff writer, because to promote them, the show would have to take on the cost of the staff. ...

So when you go into a show, your biggest sensitivity is that everyone thinks the only reason you're hired is because you were free, whereas everyone else they had to pay good money for them. I don't know how much people were actually thinking about that or whether that was just in my head, but it was just one of these subtle ways that I felt that I was a little bit less-than the other writers.

But it's tricky, because the program is incredible, and it got me into the business and many other people who now have nice careers in Hollywood. It's a complicated thing, and that's why I wrote the movie Late Night, because I wanted to talk about it.

A Farewell To 'The Office': The 10 Best Episodes

It's incredible. It's funny how many 14-, 15-year-old kids will come up to me at the airport because they've binged [The Office] on Netflix and they've seen everything. I remember about three or four years ago, I got a call from one of my agents saying, "Hey, this young singer-songwriter would love to sample a section of one of your episodes. I think you wrote it, and then your voice is in it as Kelly. Do you mind if they do it? She's, like, an L.A.-based indie songwriter." And I said, "Yeah, sure, that's fine."

I just signed something — and it was Billie Eilish, and she wrote a song called "My Strange Addiction," which is one of her big hits. And the song samples different parts of The Office because she loves the show so much. In fact, she would even say it's not love, it's like she's obsessed with the show, and I think she's seen the entire series from Season 1 to Season 9 all the way through like four or five times. So she wrote the song about it, and I'm sampled in it, and I didn't understand who she was at the time. So it's had this real impact on this younger generation.

On expressing anger at work

There were a lot of times when it would flare up when I was at The Office, because that was when I was so green, too, that I didn't understand the hierarchical nature of a writers room. I also had a big chip on my shoulder because I was at least the first or the only woman and for a while, the only minority full-time writer that was there. It would flare up a lot.

The good news is that my boss there and my mentor was this very forgiving guy, Greg Daniels ... but he was someone who is the opposite. He's very methodical and kind and thoughtful. And I think he kind of thought it was his responsibility to be patient with me about those things.

That's actually something that now, when I have so many younger writers, many of whom are minorities or young women, I have really been confronted with, OK, we have to kind of do what Greg did, because my natural inclination is if someone is fighting with me and I'm their boss is to quell it by screaming. I really try to remember what Greg did and try to replicate that as much as I can.

On why she likes to write jokes about prejudices within minority groups, such as Indian Hindus and Indian Muslims

I don't think anyone thinks there's a big difference between me and Aziz Ansari. He is, I think, atheist, but his family is Muslim, and his dad grew up in the same town my dad grew up in, in south India, but my dad's Hindu. So there's this giant chasm for people who are Indian about our different families. But to the outside person, "They're both Indian, Aziz and Mindy. Are they related to each other? Probably."

I find that comical. ... We've actually talked about it, too. I think when he started on Parks and Rec and I had been on The Office, we got so many tweets where people said, "Oh, they should be together! They should date!" And it was like, why? Because we're the only two Indian people on NBC? So I think it's funny when our communities try to find lots of different reasons why we're so, so different when a majority of probably this country thinks we're identical.

I shortened my name, because emcees for these comedy shows would have trouble pronouncing it, and then they'd make a joke about my last name. My real name is Vera Mindy Chokalingam, and it's a South Indian name and it's a long name. As a performer, these comedians would just butcher it and then be like, "I don't know what it is! Just this girl, Mindy." And so I would go do stand-up nights, and I already felt like a huge distance from the audience — just as a new comedian, but then an even more distance because it had been made so clear that I was ethnic.

Return To Middle School In 'PEN15': Creators Say 'It's All About Survival'

When you do comedy — everyone from Albert Brooks, Woody Allen — these are all comedians who changed their names, and I felt it was the easiest thing for me to do, and ultimately it was really beneficial to do it. It was something that I had a lot of mixed feelings about. But my parents didn't mind. I talked to them about it. And then I ended up shortening it. It's bittersweet, but I have to say, it was such a help to my career to have a name that people could pronounce.

On how having a child helped her reconnect with her memories of her own mother, who died of cancer in 2012

Having a kid is great, because I now see my mother as a young mother.

I was scared for years that that would be the only way that I remember my mother, which was sick, and tired, and bedridden. But I will say that in having some distance from the time that she's died, and particularly by having a daughter, I have been able to let that part of her life kind of recess in my memory, and more of her as when I was a teenager — and how funny and vibrant she was when she was in her 40s and 50s — that now has taken over much more of my imagination.