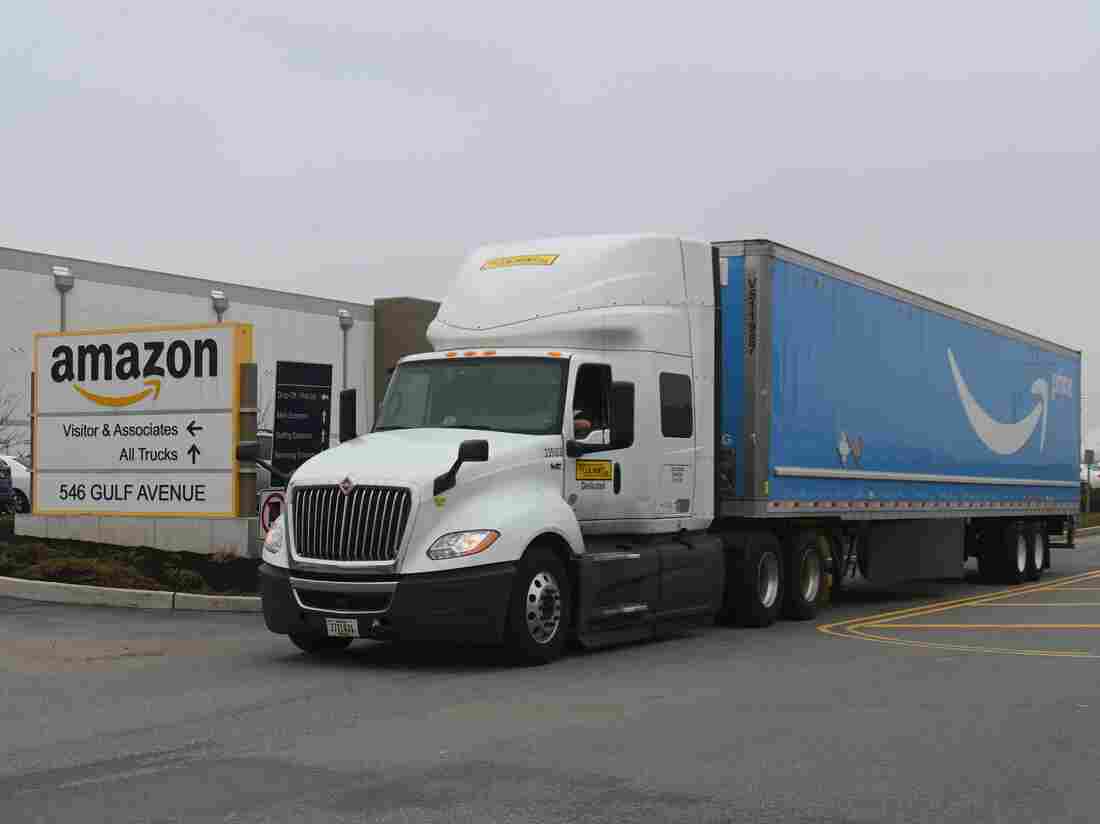 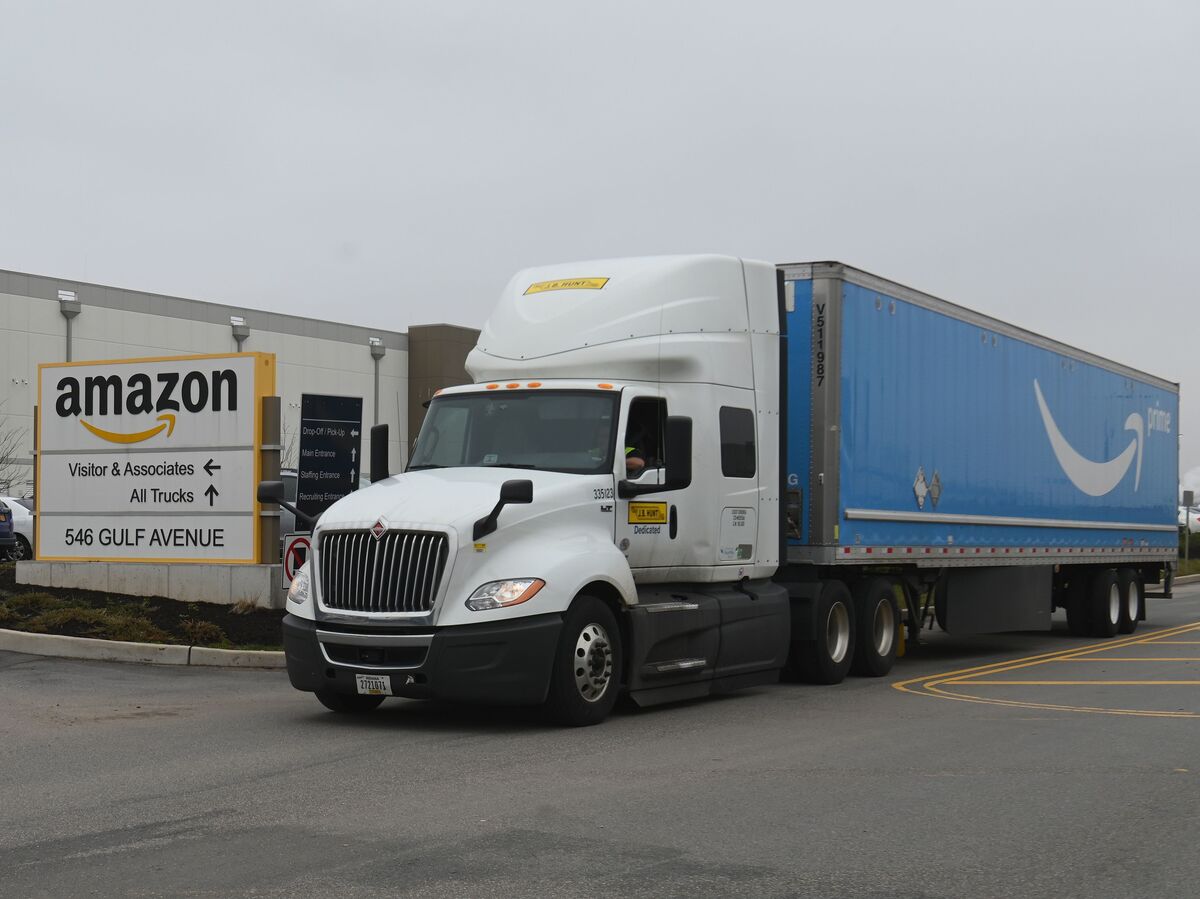 Workers at Amazon's Staten Island, N.Y., warehouse staged a protest demanding that the facility be closed following several confirmed cases of the coronavirus among staff.

In a letter to Amazon obtained by NPR, the office of New York's top lawyer Letitia James says the company may have also broken the state's whistleblower laws for firing a warehouse worker who helped organize a protest in Staten Island.

"While we continue to investigate, the information so far available to us raises concerns that Amazon's health and safety measures taken in response to the COVID-19 pandemic are so inadequate that they may violate several provisions of the Occupational Safety and Health Act" and other federal and state guidelines, James's staff wrote in the letter, dated April 22.

The New York attorney general's office declined to comment. Amazon on Monday did not directly respond to the letter, but cited previous comments it has made on the criticisms. The company has maintained that workers' accusations were unfounded and that it has taken "extreme measures to keep people safe."

Amazon's New York warehouses have been under extra scrutiny since the company fired Staten Island worker Christian Smalls, who helped stage a protest demanding that the facility be closed following several confirmed cases of the coronavirus among staff. Amazon has said Smalls was fired for violating quarantine and safety measures.

New York officials write that their preliminary findings "raise serious concern that Amazon may have discharged [Smalls] in order to silence his complaints and send a threatening message to other employees that they should also keep quiet about any health and safety concerns."

"This Office has learned that many workers are fearful about speaking out about their concerns following the termination of Mr. Smalls' employment," the letter said. "This is a particularly dangerous message to send during a pandemic, when chilling worker speech about health and safety practices could literally be a matter of life and death."

Amazon spokesperson Rachael Lighty said in a statement that the company respects workers' rights to protest, "however, these rights do not provide blanket immunity against bad actions, particularly those that endanger the health, well-being or safety of their colleagues."

Amazon warehouse workers have staged a series of protests and walkouts in several states in recent weeks. Organizing through the Athena advocacy coalition, workers have criticized the company's sick leave policies and safety measures. They have demanded that Amazon temporarily shut down facilities with confirmed COVID-19 cases.

The New York attorney general's office, in last week's letter, called on Amazon to temporarily close such warehouses for "adequate sanitization and disinfection," citing guidance and recommendations from the Centers for Disease Control and Prevention.

Dozens of Amazon's facilities have registered coronavirus cases, including at least one death, as the company employs over 400,000 part-time and full-time workers in the U.S.

As many businesses struggle and millions are losing jobs, Amazon is one of the few companies that is hiring and has seen its business grow during the pandemic. Amazon has announced plans to add 175,000 new workers to keep up with skyrocketing demand for online shopping as much of the country holes up at home.

Smalls in Staten Island had filed a complaint with the New York State Department of Health on March 21, according to the letter from the attorney general's office. The letter says Smalls raised concerns about conditions at the warehouse where he worked, about groups gathering in defiance of the six-foot social distancing rule, insufficient cleaning of the facility, and infected workers coming in and out of the facility.

Meanwhile, some employees have publicly criticized the company for firing several activist workers during the pandemic, including those who work at its Seattle headquarters.

Warehouse workers have a variety of demands. Some have complained that they don't get masks the company has promised and want Amazon to ease speed quotas to allow more time for hand-washing and other breaks. Others have said they've struggled to receive pay after being sent home with a fever and have raised alarms about the company's decision to get rid of unlimited unpaid leave. Amazon was one of the few companies to offer this benefit, but starting May 1 it will instead ask workers who want to stay home to use their regular accrued time off or request a leave of absence.

"The truth is masks, temperature checks, hand sanitizer, social distancing measures, increased time off, increased pay, and more are standard across our network because we care deeply about the health and safety of our employees," Amazon's Lighty said in a statement. "We encourage anyone to compare the health and safety measures Amazon has taken, and the speed of their implementation, during this crisis with other retailers."