Accessibility links
Small Businesses Say Rescue Loans Come With Too Many Strings Attached Business owners lucky enough to get the federal rescue funds are wrestling with paying their employees, even when their doors are closed. 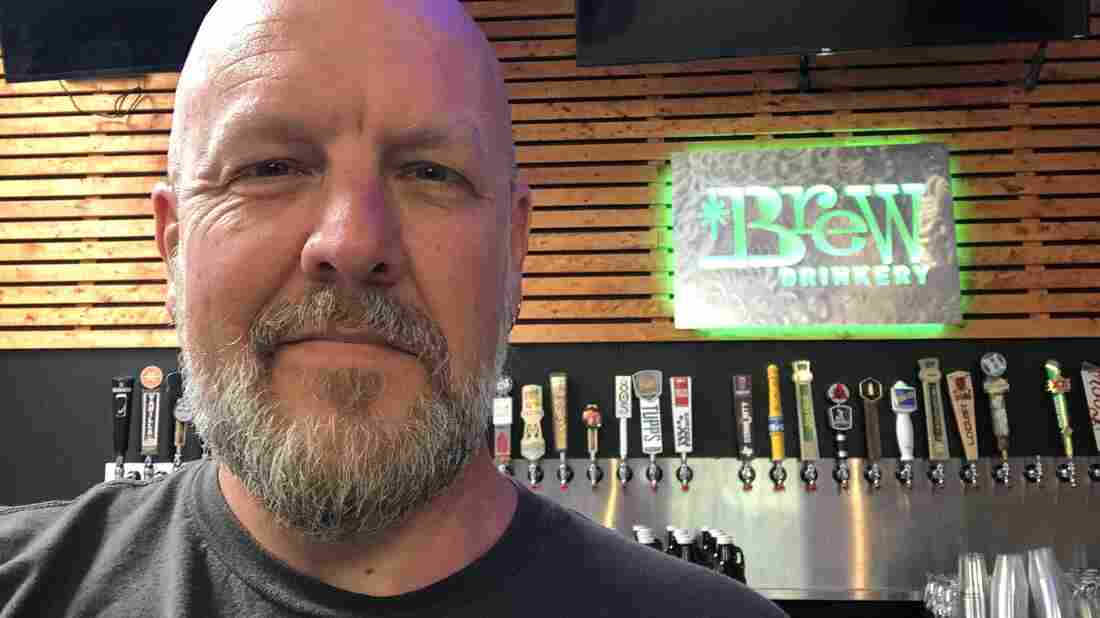 Christian Piatt, co-owner of the Brew Drinkery in Granbury, Texas, was forced to close his brewery's doors due to the coronavirus less than two months after he opened. Christian Piatt hide caption 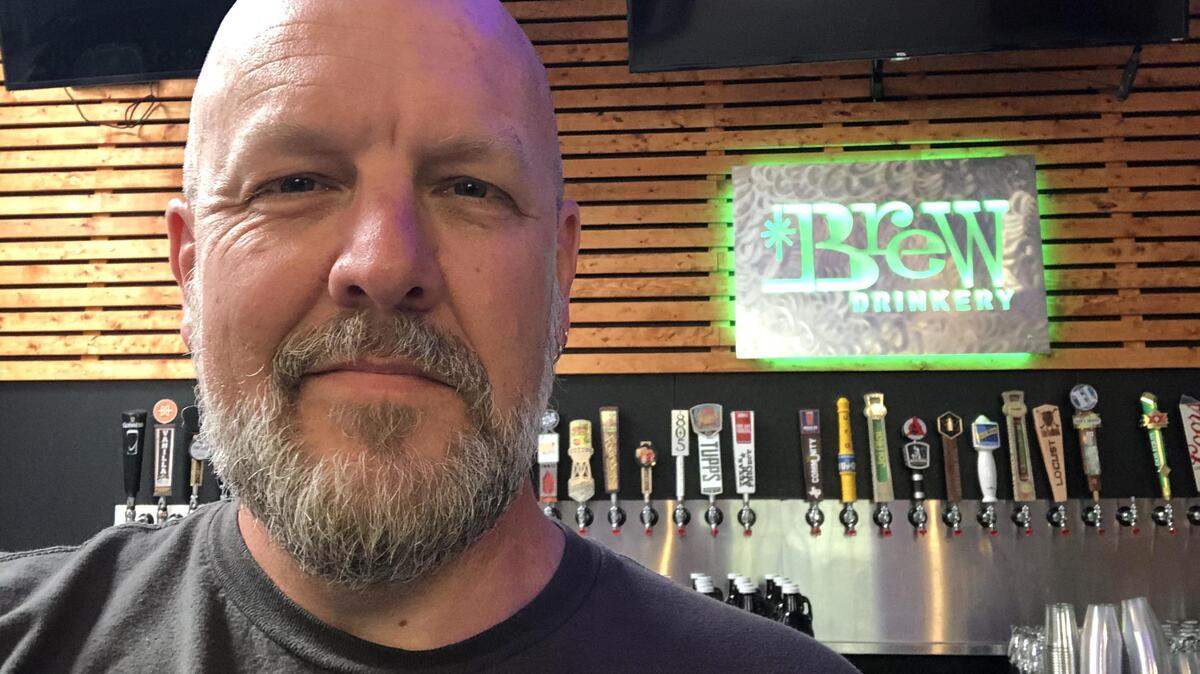 Christian Piatt, co-owner of the Brew Drinkery in Granbury, Texas, was forced to close his brewery's doors due to the coronavirus less than two months after he opened.

Christian Piatt finally got a loan to help rescue his brand-new bar and restaurant in Granbury, Texas.

But it wasn't easy.

He applied through the federal Paycheck Protection Program, which is meant to help small businesses threatened by the pandemic. One bank told him it couldn't lend through the program. Another told him he might have better luck elsewhere. The third approved his loan and he got the money.

"I understand in principle it's encouraging us to get people back to work," said Piatt, the co-owner of Brew Drinkery, which was forced to shut down only 51 days after opening. "But in practice, when you have a retail storefront that is not being allowed by local authorities to operate in the way that we had before, there should be some consideration to make it to account for that."

This Banker Made 1 Year Of Loans In 10 Days. He's Ready For Another Mad Dash Today

He's talking about rules laid out by the Treasury Department regarding how forgiveness of the loans will work. The small business relief program created by the CARES Act reopened Monday with new funding.

The loans can be forgivable — meaning they won't necessarily have to be paid back. But there are conditions on forgiveness. One big one: 75% of the forgiven amount must be spent on payroll. And the rest can only be spent on a few categories: rent, mortgage interest or utilities.

That wasn't what the CARES Act originally said. Rather, those are rules that the Treasury and the Small Business Administration created at the start of the program, saying they did it anticipating a high number of applications.

Inventory is not one of those forgivable categories. That was a problem for Piatt. When his brewery and restaurant closed, he was sitting on a lot of beer, food and kombucha — things that will eventually go bad. Under the program's rules, he wouldn't be reimbursed for any of it.

So Piatt asked his banker what to do.

"The way I would think about it, he said, was you are becoming an extension of the unemployment office at this point," Piatt explained. In other words, this would mean Piatt could wind up spending most of his money on his workers, even if they weren't putting in that many hours.

Some small business owners are finding new ways to give employees something to do at work. Mary Domito, owner of three furniture stores in New Mexico and Colorado, explained in a message to NPR how she plans to employ her workers before she can reopen her stores.

"I will use the weeks that employees are back on payroll but before the stores open to do Zoom meetings and get them trained on working and updating our website," she said.

Congress did pass the program with workers in mind — 26 million of them have filed for unemployment in just five weeks. It's right there in the title: the Paycheck Protection Program.

Domito recognizes the need to help workers, and she also says it reduces how useful the loan is to her.

"I guess it's to take the load off the unemployment system. It just isn't a big stimulus for me, but it does buy me some time," she also wrote.

It's not just small businesses that have had trouble with that 75% payroll rule. The Small Business Administration has yet to say exactly how that forgiveness calculation will work.

"It's a mess. Just the calculation of who counts for payroll, what counts for payroll," said Adam Markowitz, who works at a Florida accounting firm. In fact, he can rattle off a list of how the meaning of "payroll" has changed since the program was created.

While those things are being clarified, something else hasn't: exactly how forgiveness will work — how the forgiven amount will be calculated and how the total number of employees on payroll will be counted, for example. (For a very deep dive on what the SBA has yet to lay out, CPA Tony Nitti laid out the details at Forbes.)

All of may sound arcane, but to small businesses struggling to hang on, it's a very big deal. It means that they can't know exactly how much will be forgiven.

Even The LA Lakers Got A PPP Small Business Loan

"In some ways, they really put these small businesses in a very compromising position because they could end up in a situation where they go out and spend dollars to bring people back on the payroll, which ultimately will not be forgiven at the end," said Don Stevens, managing partner of private client services at accounting firm CohnReznick.

On top of all that, timing is extremely important. Businesses are required to spend their loan money within eight weeks of receiving it.

Freezing the economy in place

But he says the 75% requirement does achieve something worthwhile: keeping workers on payrolls.

Even if there's not much work to do, he says, the point is to make it as easy as possible to jump-start the economy again.

"The idea is really to kind of freeze the economy where it was on February first and then unfreeze it as close as possible to that February first situation," he said.

For Piatt of Brew Drinkery, there has been a little bit of a thaw — this week, he opened for delivery and curbside pickup. Now, he's looking forward to welcoming customers inside again.