Accessibility links
Coronavirus Latest: Testing Is The Key President Trump and a pageant of guests attempted on Monday to sell the idea that victory — when it comes to scaled-up testing — is just around the corner.

Testing Could Unlock A Return To Normal Life, But Obstacles Persist

Testing Could Unlock A Return To Normal Life, But Obstacles Persist 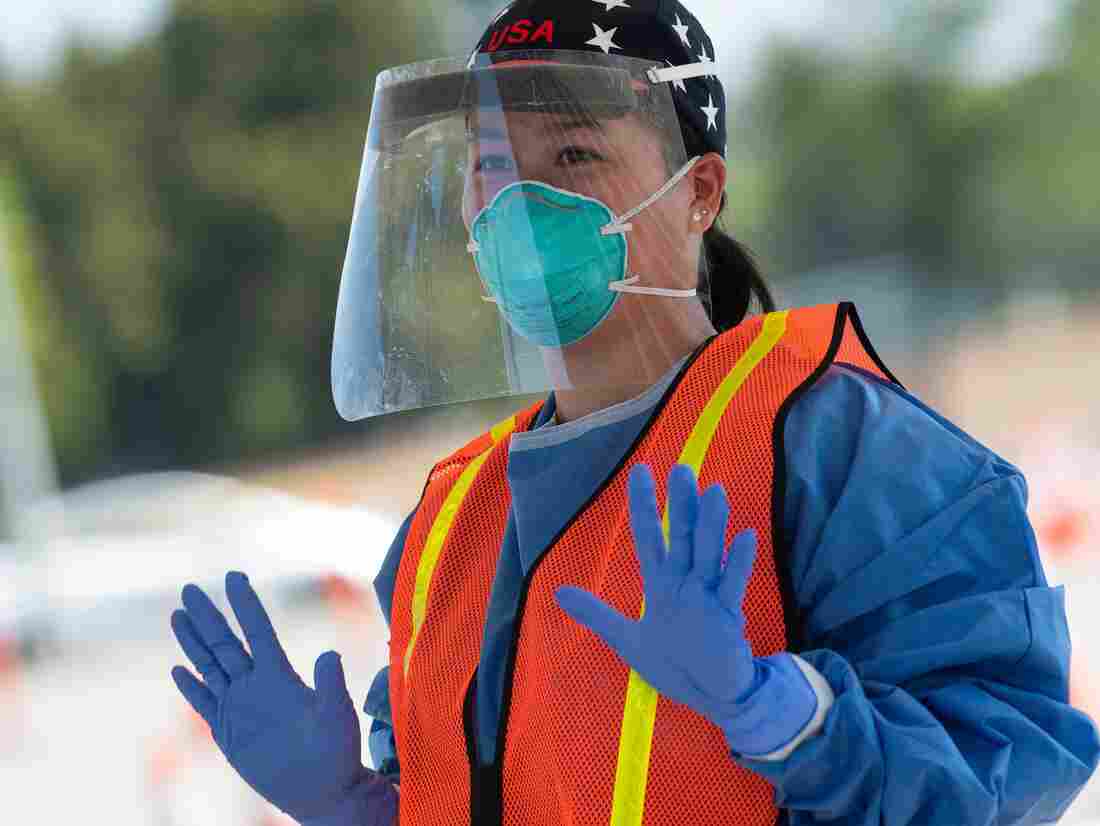 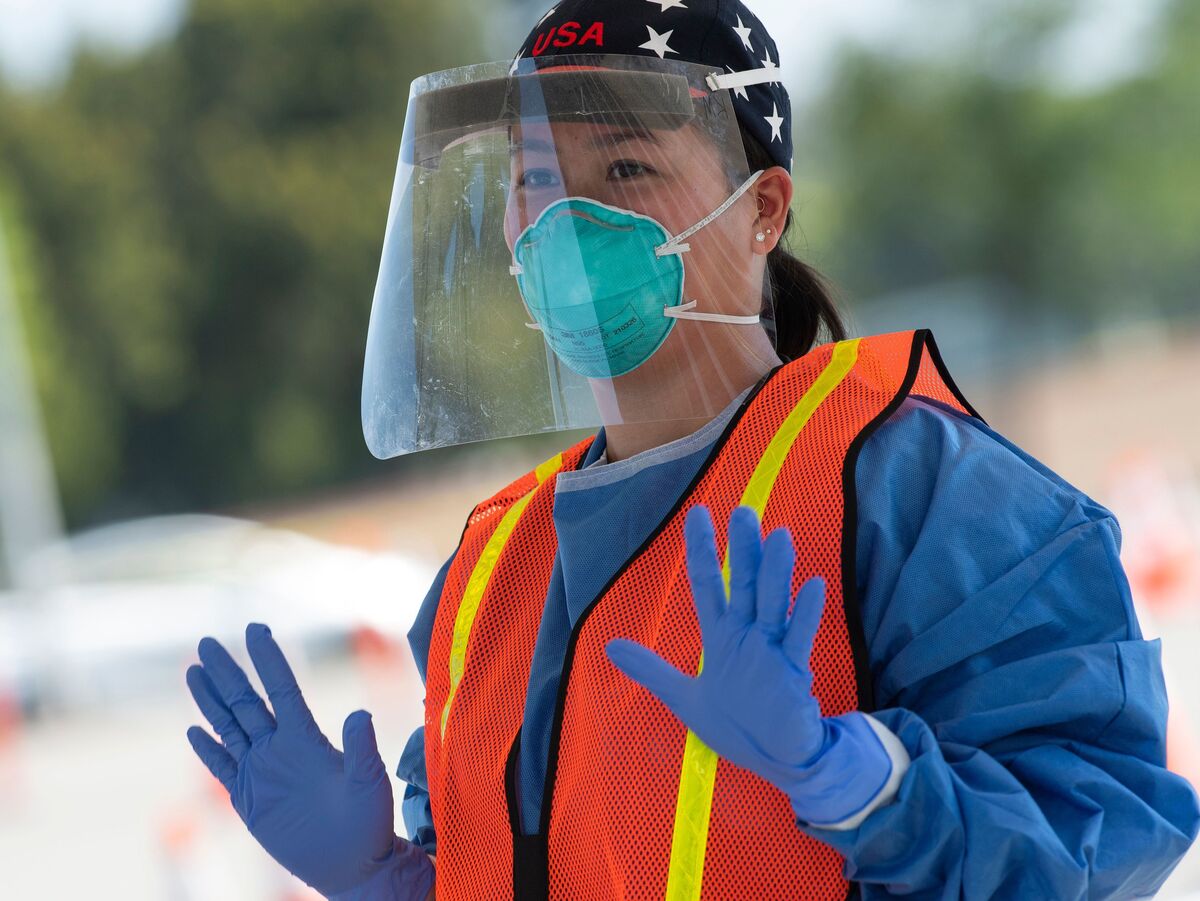 A health worker dons protective gear at a drive-through COVID-19 testing site set up by the Los Angeles Fire Department in Inglewood, Calif., on Monday.

Testing is the key that will unlock normalization for millions of Americans.

It's the doorway between the disaster response mode of the pandemic and confidence about returning to work, school and life. And it's also still apparently weeks or more away from scaling to a level that will make a big difference for most people in most places.

Precisely how far away isn't clear, although President Trump and a pageant of guests attempted on Monday to sell the idea that victory is just around the corner.

The president, public health officials and a coterie of Big Business leaders said at the White House that sometime soon, testing throughput in the country could double or better, although they didn't say exactly when nor assess how much normalcy that might buy for how much of the United States.

The White House did unveil what it called a blueprint for state, local and private sector authorities to get from here to there.

Vice President Mike Pence acknowledged that progress hadn't gone as swiftly as he and other administration heavies promised in an earlier briefing.

But Pence also said the work is being executed now and that there's enough testing capacity today for the small number of states closest to proceeding through the first of the federally prescribed "phases" to get out of disaster mode and back to whatever comes next.

Only time itself, however, may tell whether that's so, or if there are more obstacles in store. One of so many reasons the coronavirus disaster has been so disturbing is that it often seems impossible to get a definitive sense at any one time about exactly what is happening.

Are the cases and deaths undercounted — or overcounted? How meaningful is the flurry of statistics bandied about at news conferences like the one on Monday? All the back and forth about masks, personal protective equipment, ventilators and, now, tests — who can make heads or tails of it?

There almost certainly will be a definitive accounting from official government sources, but not for months or years.

The pandemic response will be an area of focus for medical schools, logisticians, oversight committees and journalists for a long time. And it may only be through that prism, in hindsight, that it becomes possible to assess what to make of the claims by Trump and his presenters. 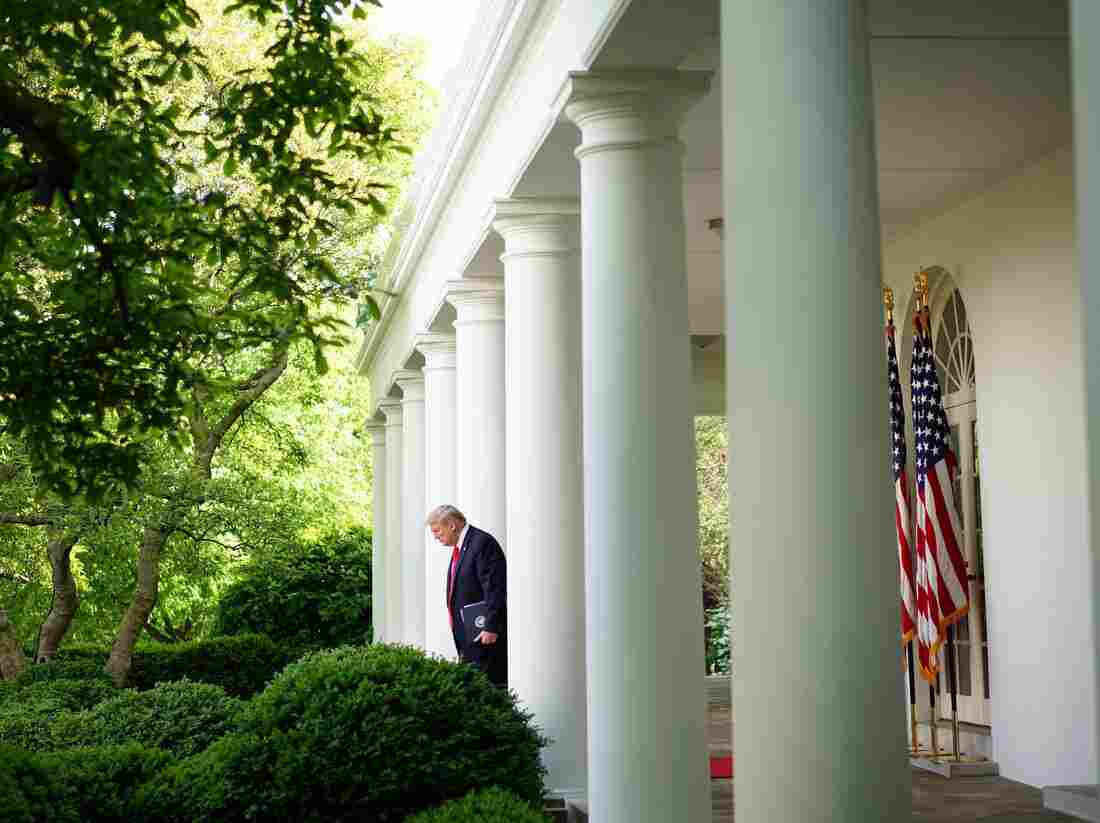 President Trump arrives for a news conference on the coronavirus in the Rose Garden of the White House Monday. Mandel Ngan/AFP via Getty Images hide caption 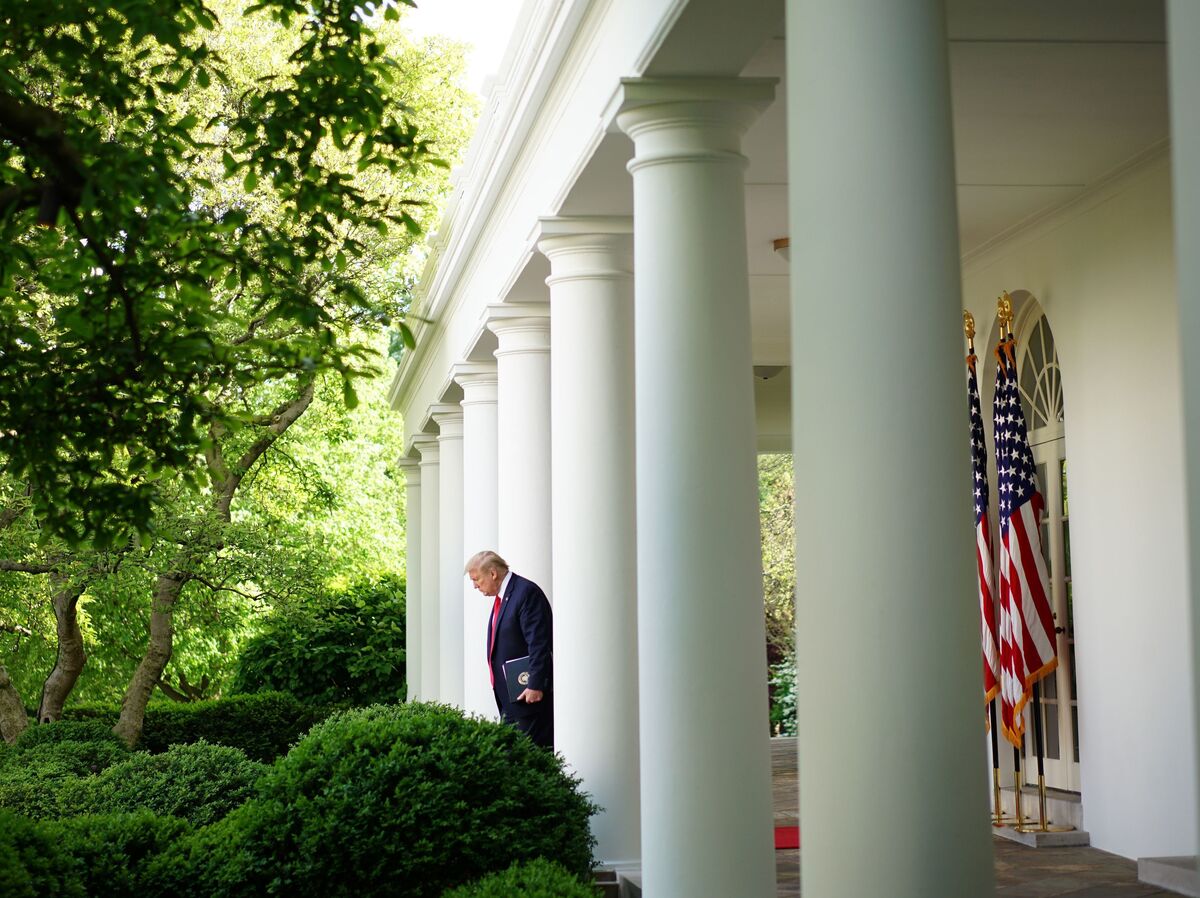 President Trump arrives for a news conference on the coronavirus in the Rose Garden of the White House Monday.

The White House was shelled last week after an unscripted moment at Thursday's briefing in which Trump mused about shining ultraviolet light inside the body or dosing a patient with disinfectant as treatments for coronavirus.

Friday's briefing was terse and the president made no presentations on Saturday or Sunday, as he sometimes does. Meanwhile, news stories appeared in which administration allies lamented the political damage they feared Trump might be doing to himself and Republicans with his freewheeling sessions.

So when no briefing at first was scheduled on Monday and White House Press Secretary Kayleigh McEnany told Fox News the administration was assessing its strategy for the sessions going forward, politics-watchers wondered whether the Trump show might have been canceled.

Trump himself delivered a resounding answer: No — he was back for another identical session on Monday with many of the same speakers and talking points.

Even this subplot, however, is already a rerun: The New York Times first ran a story about Trump allies' fears about the briefings on April 9, including the critique that Trump was talking too long. The following day, the president talked for more than two hours.

The briefing in brief: 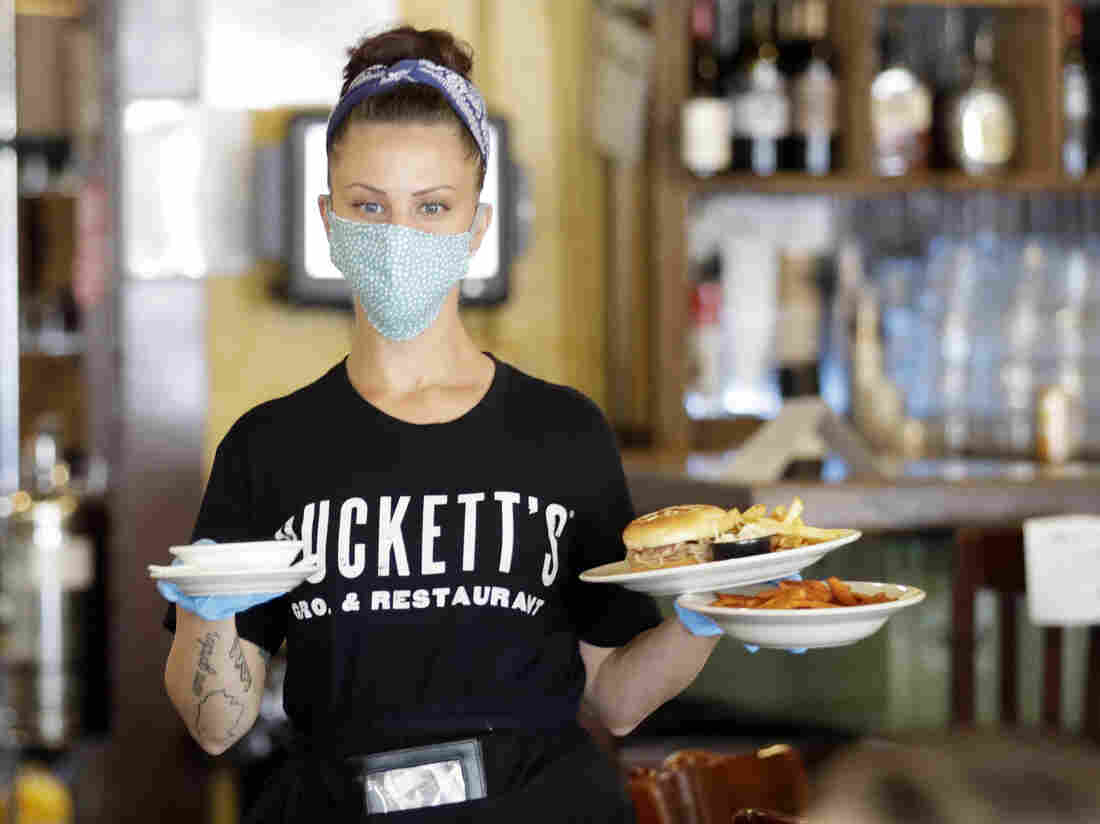 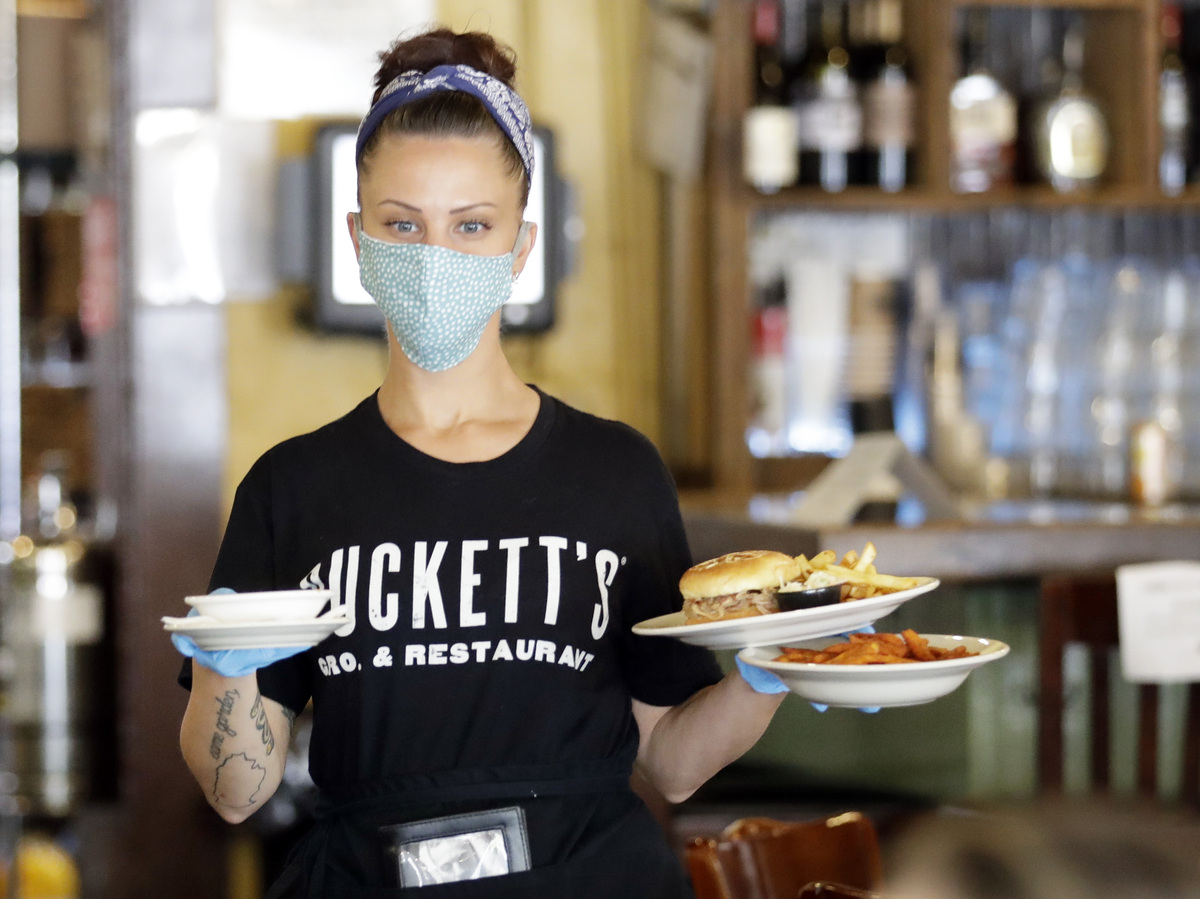 Other key coronavirus stories from NPR: