Accessibility links
Amid Pandemic, New Poll Shows Growing Support Mail-In Voting Despite a partisan divide over increasing absentee voting, about half of all Republicans support universal access to a mail-in ballot, according a new Pew Research poll. 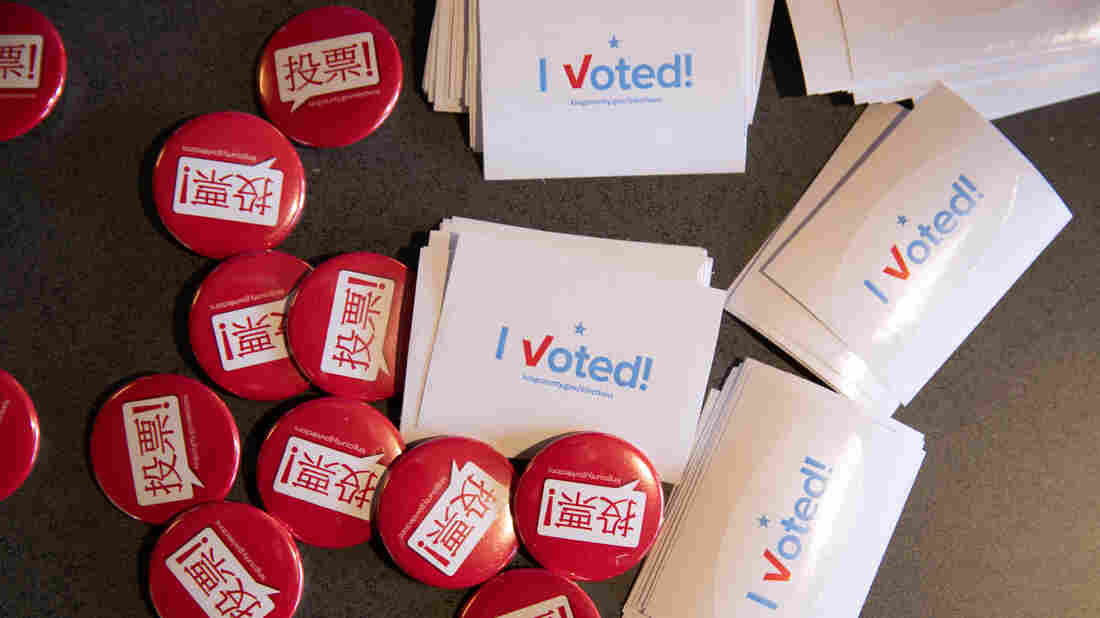 Voting pins and stickers lie next to a ballot box earlier this year during early voting at the King County Elections processing center in Washington. John Moore/Getty Images hide caption 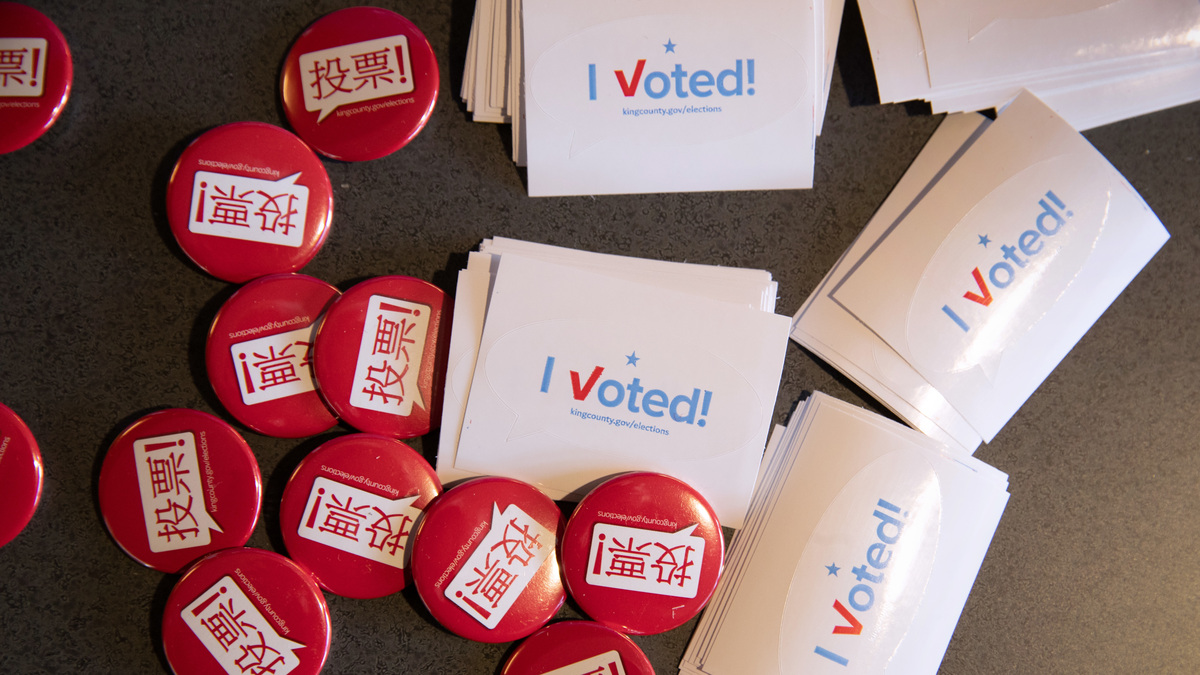 Voting pins and stickers lie next to a ballot box earlier this year during early voting at the King County Elections processing center in Washington.

Americans are extremely concerned that the coronavirus pandemic will disrupt voting in November's presidential election, according to a new poll from Pew Research Center.

They also overwhelmingly support allowing everyone to vote by mail, even as partisan divides over mail voting expansions have taken hold at the national level over the past few months.

Almost three out of four Americans favor universal access to mail voting, according to the poll. While Democrats overwhelmingly back greater absentee balloting, about half of Republicans also do — in contrast to many of the party's national leaders.

President Trump's recently claimed that expanding mail voting could mean electoral defeat for Republicans and increase the incidence of fraud.

Academic studies have debunked both accusations: Mail voting introduces the possibility for slightly more fraud, but it is still a minuscule amount according to voting experts, especially when appropriate modern safeguards are put into place.

And a new study from Stanford University found no statistically significant partisan effect of increasing access to mail balloting. In fact, some experts, like Stanford's Nate Persily, have noted that in a pandemic situation like the current coronavirus, Republicans could end up being the beneficiaries of expanded mail voting.

"If you think that the most vulnerable populations to the coronavirus are older people — they tend to vote Republican disproportionately. And they might be the ones who might be most likely to vote by mail," Persily told NPR last month. "So it's not clear who wins as a result of moving to these types of measures."

Overall, there is bipartisan concern about the impact the pandemic could have in November. Two-thirds of Americans say it is at least somewhat likely that voting will be "significantly disrupted" by the outbreak.

Another potential casualty of the virus could be some voters' confidence in the legitimacy of the election.

Earlier this month during Wisconsin's primary, the state's Democratic governor sought to delay the election or shift it to all absentee ballots but was blocked the state's Republican legislature and conservative state Supreme Court.

The poll's results were collected in the week after that controversy, and the results find less than 40% of liberal Democrats believe this year's election will be fairly conducted.