Accessibility links
Coronavirus Poll: Half Say They Or Household Member Lost Job Or Wages In an NPR/PBS NewsHour/Marist poll, 50% say they or someone in their household has lost hours or a job due to the pandemic. They also say their governor is doing a better job than the president is.

Poll: Half Of Americans Financially Affected By Coronavirus

Poll: Half Of Americans Financially Affected By Coronavirus 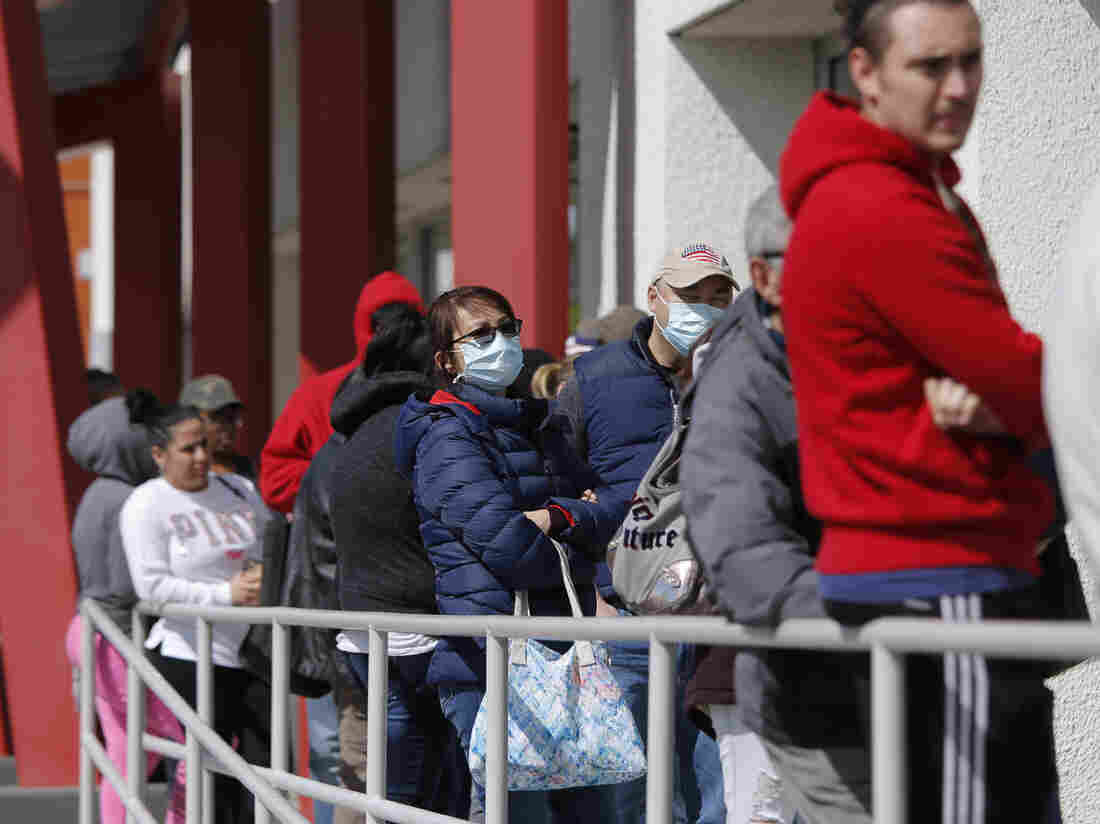 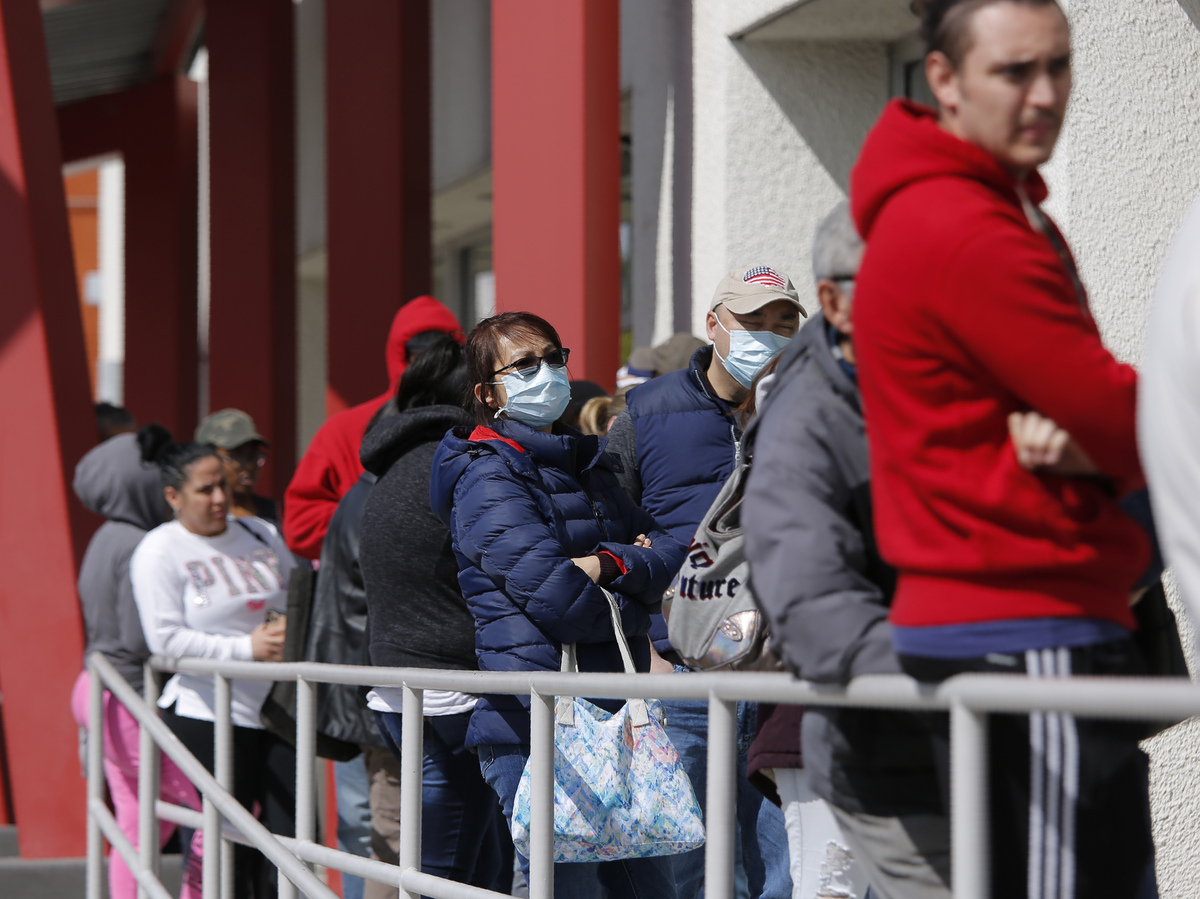 People wait in line for help with unemployment benefits at the One-Stop Career Center in Las Vegas.

Half the country has been personally economically impacted by the coronavirus pandemic, and overwhelming numbers of Americans do not think schools, restaurants or sporting events with large crowds should reopen until there is further testing, according to a new NPR/PBS NewsHour/Marist poll.

President Trump does not fare very well as far as his handling of the pandemic goes. Most Americans, except Republicans, disapprove of the job he's doing, and there are massive divides by gender and educational level.

What's more, with the presidential election less than seven months away, more than half the country prefers that presumptive Democratic nominee Joe Biden handle the pandemic — and even the economy. The latter being what Trump has been hanging his hat on for reelection.

Fifty percent of Americans said they or someone in their household has either lost hours or a job because of the coronavirus, up from 18% a month ago. And the pandemic is having a harsher economic effect on people of color, those without a college degree, younger people and those who make less money.

The U.S. Hits 1 Million Coronavirus Cases, One-Third Of All The World's Cases

Of nonwhites, 60% said they or someone in their household has lost hours or a job, compared with 43% of whites. In addition, 55% percent of those without a degree, those under 45 and those making less than $50,000 a year said so.

"There are few households in the country that haven't been affected by this crisis, through health, through school, through jobs, from all walks of life, from all backgrounds," said Barbara Carvalho, director of the Marist Poll, which conducted the survey. "No one has really gone untouched. However, we certainly see from the data as well that a lack of a strong safety net, especially for many middle-class or working-class Americans, it has some really, really big holes in it.

She added, "These numbers show the struggle, the impact the crisis has had on Americans."

Eighty percent or more of people who responded do not want schools, restaurants or large sporting events to start taking place as normal again until there is further testing. And two-thirds don't want Americans to physically go back to work without that widespread testing, but a majority of Republicans do.

Overall, 44% of Americans approve of the job President Trump is doing in handling the coronavirus. That roughly reflects his overall approval rating in past polls, but his disapproval rating jumped 6 points in the past month, from 49% to 55%.

Solid majorities of Democrats and independents disapprove of the job Trump is doing handling the pandemic, but almost 9-in-10 Republicans approve.

There are huge splits between men and women and those with or without college degrees, in terms of how Trump is viewed.

-58% of men approve of Trump's handling of the economy; 56% of women disapprove;

-52% of men approve of Trump's handling of the coronavirus; 63% of women disapprove.

College degree or not:

-54% of college graduates disapprove of the job Trump's doing on the economy; 55% of those without one approve;

The coronavirus could wind up being the major issue in the 2020 presidential election, according to strategists who are already gearing up for that likelihood.

According to this poll, a third of people said the coronavirus will either be a major (14%) or minor one (20%). But about two-thirds (64%) said they've already made up their minds. So the group that could be swayed and is judging the president based on his handling of the pandemic could well be determinative.

Also, majorities said they prefer Biden over Trump when it comes to handling both the coronavirus (55% to 40%) and the economy (51% to 44%) — what could be a difficult sign for Trump.

The survey of 1,008 adults was conducted by calling mobile phones and landlines, from April 21 through April 26 by The Marist Poll, in both English and Spanish with data collection provided by SSRS. The poll has a margin of error of 3.4 percentage points. The survey was sponsored in partnership with NPR and PBS NewsHour.