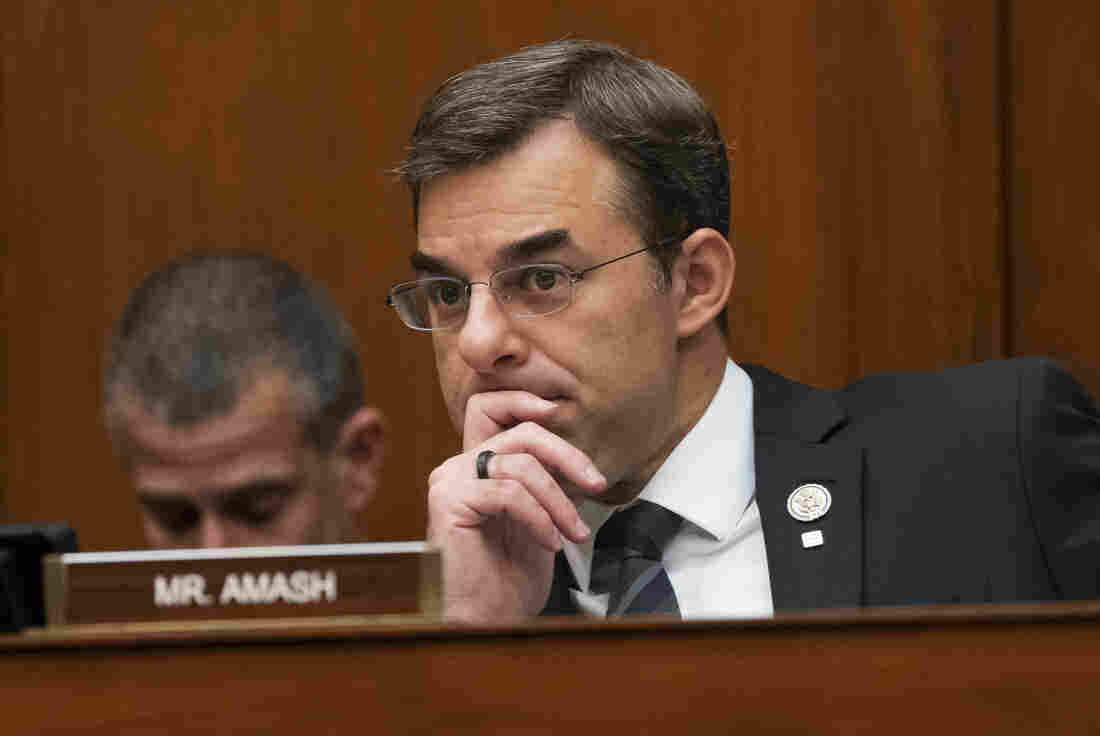 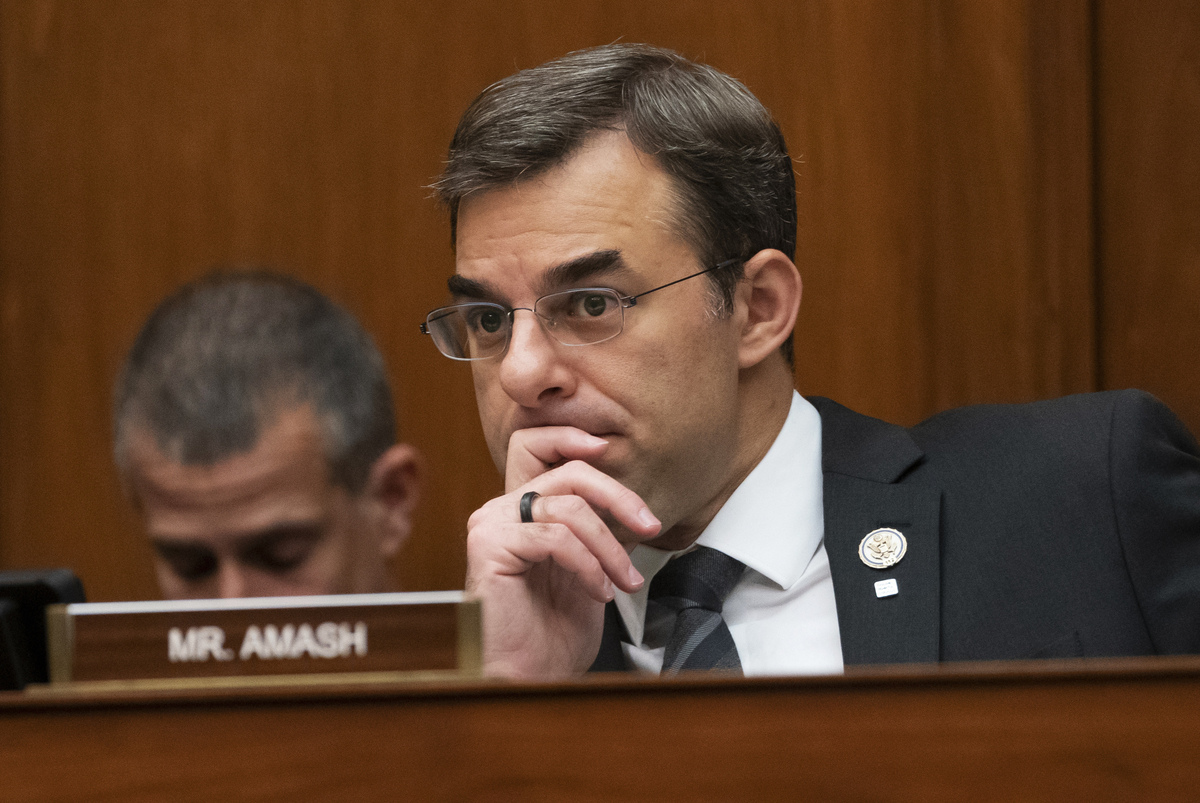 Rep. Justin Amash, seen here on Capitol Hill in June, says he is launching an exploratory committee for the Libertarian Party's 2020 presidential nomination.

Rep. Justin Amash, a Republican-turned-independent from western Michigan, announced Tuesday evening that he is exploring a third-party bid for the presidency.

The five-term congressman and critic of President Trump said he's launching an exploratory committee to seek the Libertarian Party's nomination.

"We're ready for a presidency that will restore respect for our Constitution and bring people together," Amash wrote on Twitter. "I'm excited and honored to be taking these first steps toward serving Americans of every background as president."

We’re ready for a presidency that will restore respect for our Constitution and bring people together. I’m excited and honored to be taking these first steps toward serving Americans of every background as president.

"We're ready," the website Amash for America proclaims. "For something new. For a government that secures our rights. For equality before the law. For an end to cronyism. For a government that fulfills its purpose and recognizes its limits. For practical approaches based in humility and trust of the people. For an honest, principled president who will defend the Constitution and put individuals first."

To run in the general election, Amash would have to win the Libertarian Party's nomination during its convention, currently scheduled for May 21 in Austin, Texas.

Given concerns over the coronavirus, however, the timing of the convention could change. The Democratic Party, for instance, delayed its convention by a month, shifting it to an August start date, and hinted at changes in format.

Amash, the son of Arab immigrants who was elected to Congress in the 2010 Tea Party wave, chairs the House Liberty Caucus.

And he has been an outspoken critic of Trump. He was the first and only House Republican to support impeachment, tweeting in May 2019, in response to special counsel Robert Mueller's redacted report on the investigation of Trump's campaign and administration that the president had "engaged in impeachable conduct."

Amash soon left the conservative House Freedom Caucus, and then on July Fourth "declared his independence" and left the Republican Party.

In an op-ed explaining his decision, Amash said he'd become disenchanted with the state of modern politics, which he described as being "trapped in a partisan death spiral."

"The two-party system has evolved into an existential threat to American principles and institutions," Amash wrote.

In December, Amash, the only independent House member, voted for both articles of impeachment against Trump. Every Republican opposed impeachment.

Amash criticized Trump recently when he declared his authority "total" in response to questions about the role of the federal government during the coronavirus crisis.

Who would it help?

His announcement to explore a third-party bid comes during a presidential campaign season fraught with unprecedented challenges as candidates endeavor to virtually campaign during the pandemic.

While a third-party bid for the White House is a long shot, Amash could affect the race, particularly in his home state of Michigan, which went for Trump in 2016 by the slimmest of margins.

More broadly, it's unclear how Amash's entrance would change the presidential race.

He could provide another option for conservative voters.

But former Illinois Rep. Joe Walsh, who tried unsuccessfully to oust Trump in the Republican primary, claimed in The Washington Post that Amash can "only help get Trump reelected," arguing the most likely outcome of his effort is that he would siphon votes from presumptive Democratic nominee Joe Biden.

"If Amash gets the Libertarian nomination and stays in until the end, he could wind up going in the books as the guy who voted to impeach Trump one year, then tipped the election to him 11 months later," Walsh wrote.

The Libertarian Party may have trouble getting on the presidential ballot in some states, as signature-gathering efforts have been curtailed by the virus.

In 2016, former New Mexico Gov. Gary Johnson ran as the Libertarian presidential nominee and won 3.3% of the vote nationwide.