Accessibility links
NCAA Takes Another Step Toward Allowing Student-Athletes To Get Paid The change could be in place by the 2021-22 school year, as the NCAA backs measures that would let student-athletes be paid for their name, image and likeness. 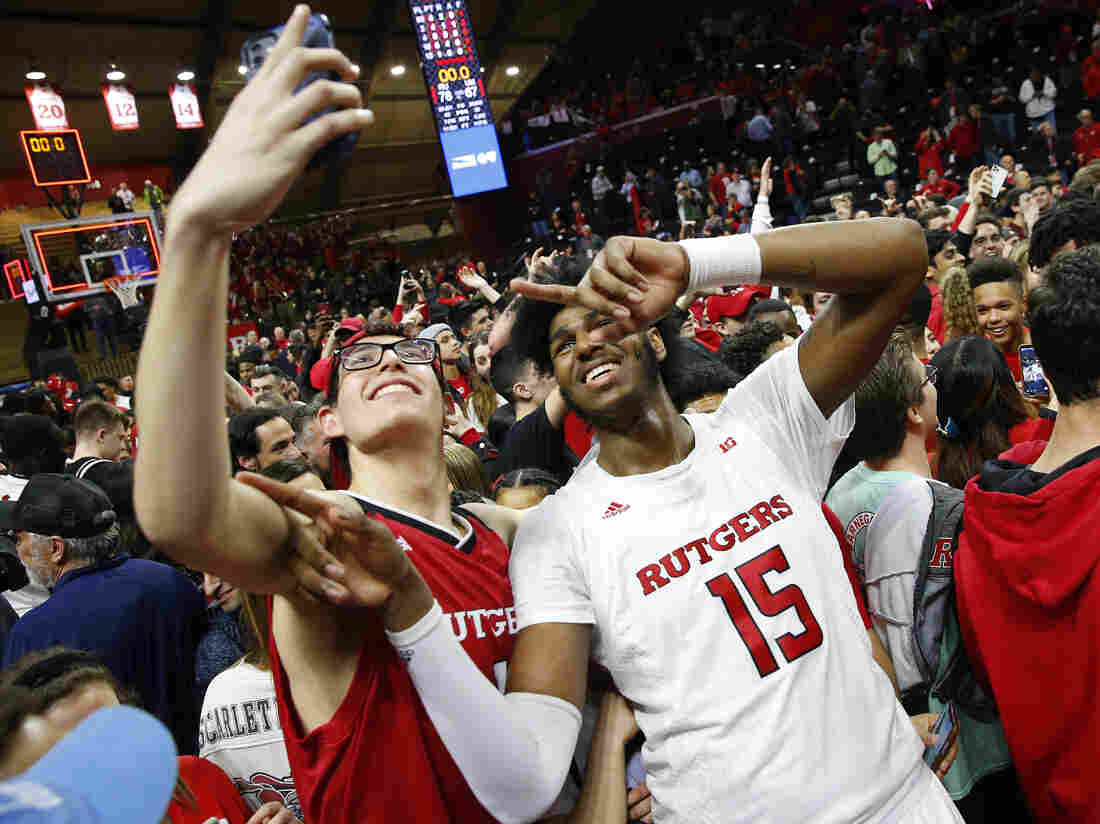 The NCAA's highest governing body supports allowing student-athletes to be compensated for third-party endorsements, along with receiving money from other avenues. Here, Rutgers center Myles Johnson celebrates with fans after defeating Maryland in March, before the season was halted. Noah K. Murray/USA TODAY Sports via Reuters hide caption 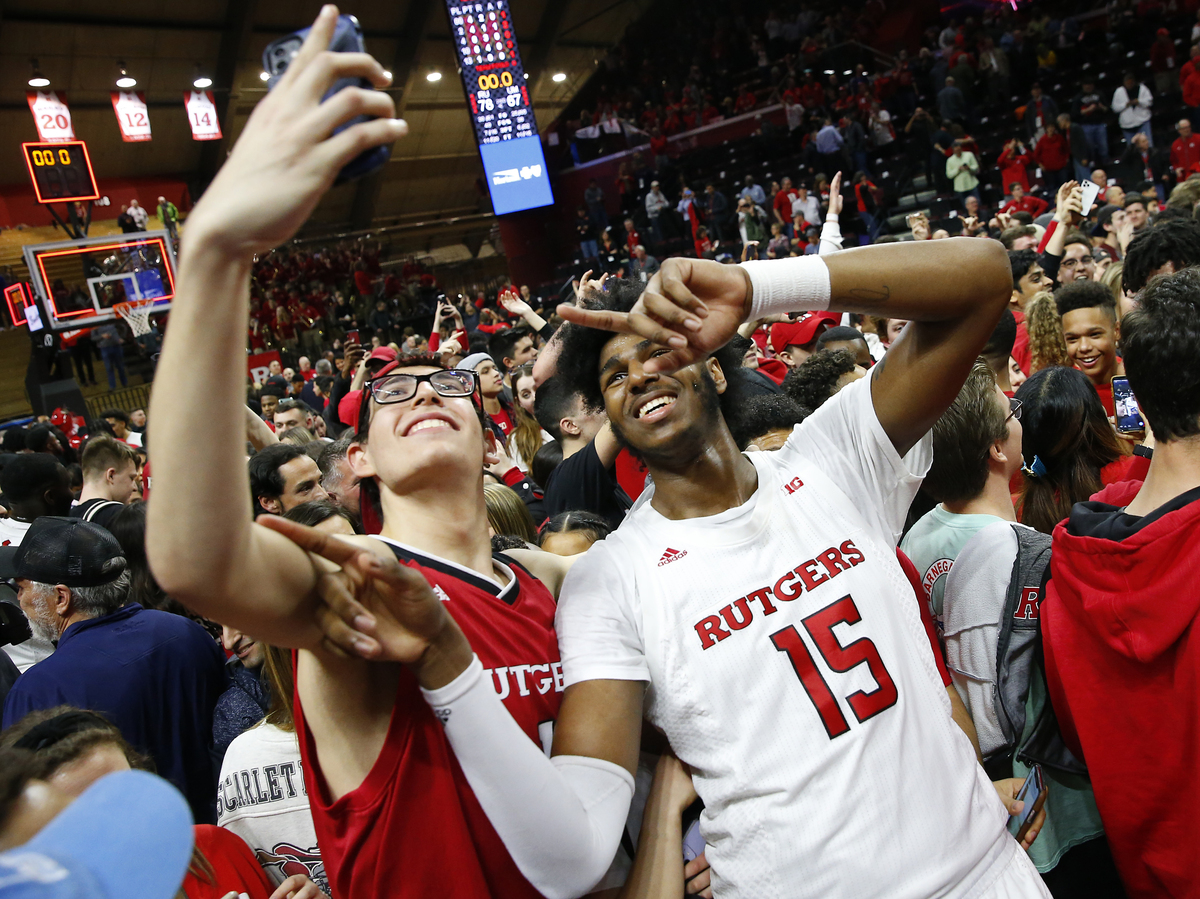 The NCAA's highest governing body supports allowing student-athletes to be compensated for third-party endorsements, along with receiving money from other avenues. Here, Rutgers center Myles Johnson celebrates with fans after defeating Maryland in March, before the season was halted.

In a significant shift for college sports, the NCAA's top governing body said it supports a rule change allowing student-athletes to profit from their name, image and likeness, so long as the college or university they attend does not pay them directly.

The NCAA's Board of Governors announced Wednesday it supports allowing "student-athletes to receive compensation for third-party endorsements both related to and separate from athletics."

The plan includes players receiving compensation from social media and personal appearances, as well as through businesses they started.

"Throughout our efforts to enhance support for college athletes, the NCAA has relied upon considerable feedback from and the engagement of our members, including numerous student-athletes, from all three divisions," board chair Michael V. Drake, president of Ohio State University, said in a statement.

"Allowing promotions and third-party endorsements is uncharted territory," he said.

Though the NCAA is taking steps to allow athletes to earn money, it stipulated that certain actions would remain prohibited.

"While student-athletes would be permitted to identify themselves by sport and school, the use of conference and school logos, trademarks or other involvement would not be allowed," the NCAA stated.

It also added that a university or college could not pay the athletes directly for using their name, image or likeness.

The board's recommendations are not final.

Next steps include further consideration from Divisions I, II and III, with all three expected to adopt the new rules early next year. The plan would then be in effect for the start of the 2021-22 academic school year.

The changes come as the NCAA faces mounting pressure to change its position on athletes earning money — pressure that has come from both the public and from state and federal officials.

The NCAA's annual revenues have recently surpassed the $1 billion mark, thanks in large part to massive television contracts and marketing fees linked to marquee sporting events such as the men's NCAA Division I basketball tournament.

The NCAA had previously signaled its support for allowing collegiate athletes to receive compensation, after the board voted unanimously on the matter back in October. That vote was based on recommendations from the NCAA Board of Directors Federal and State Legislation Working Group.

That move came after California Gov. Gavin Newsom signed a bill in September that essentially would allow student-athletes to sign endorsement deals and hire agents.

As NPR reported, Newsom signed the legislation while appearing in a segment for Uninterrupted, a sports programming network founded by NBA star LeBron James. Newsom hailed the bill as "the beginning of a national movement — one that transcends geographic and partisan lines."

Not all have embraced the idea of college students, which have long been considered amateur athletes, being compensated while in school – the so-called "professionalization" of collegiate sports.

Ekow Yankah, author of the 2015 New Yorker article Why N.C.A.A. Athletes Shouldn't Be Paid, said last year that the system of not paying athletes was "deeply exploitative and deeply problematic."

But in an appearance on NPR's All Things Considered last October, Yankah also said the key promise a college or university makes to a student is to provide an education.

"I say the answer is to make sure that these young men — and with the revenue generated in sports, it's typically young men — that they get the thing that they were promised that was of value," Yankah said.

"That is to say, they get a college degree that was of value."