Accessibility links
Boeing Cuts Its Workforce Due To The Coronavirus Crisis The airplane manufacturer said it will eliminate nearly 16,000 jobs. Airlines are on pace to lose about $300 billion this year and aren't likely to be buying planes anytime soon. 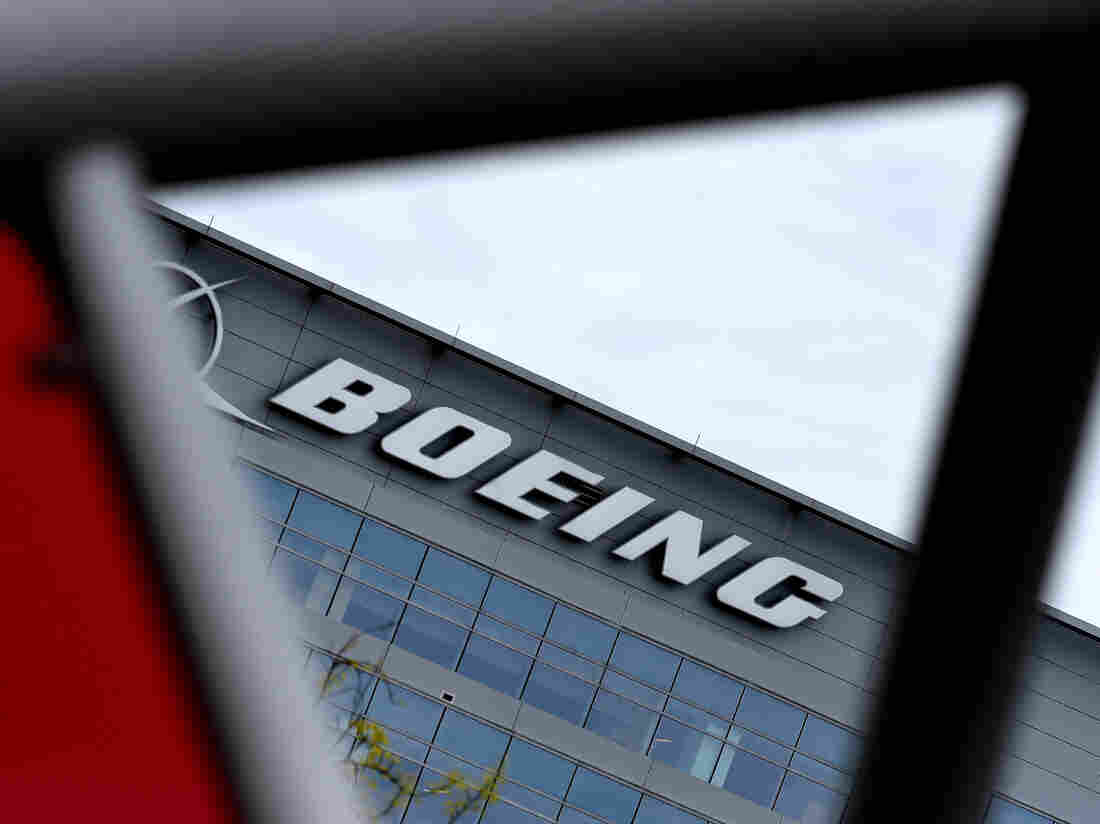 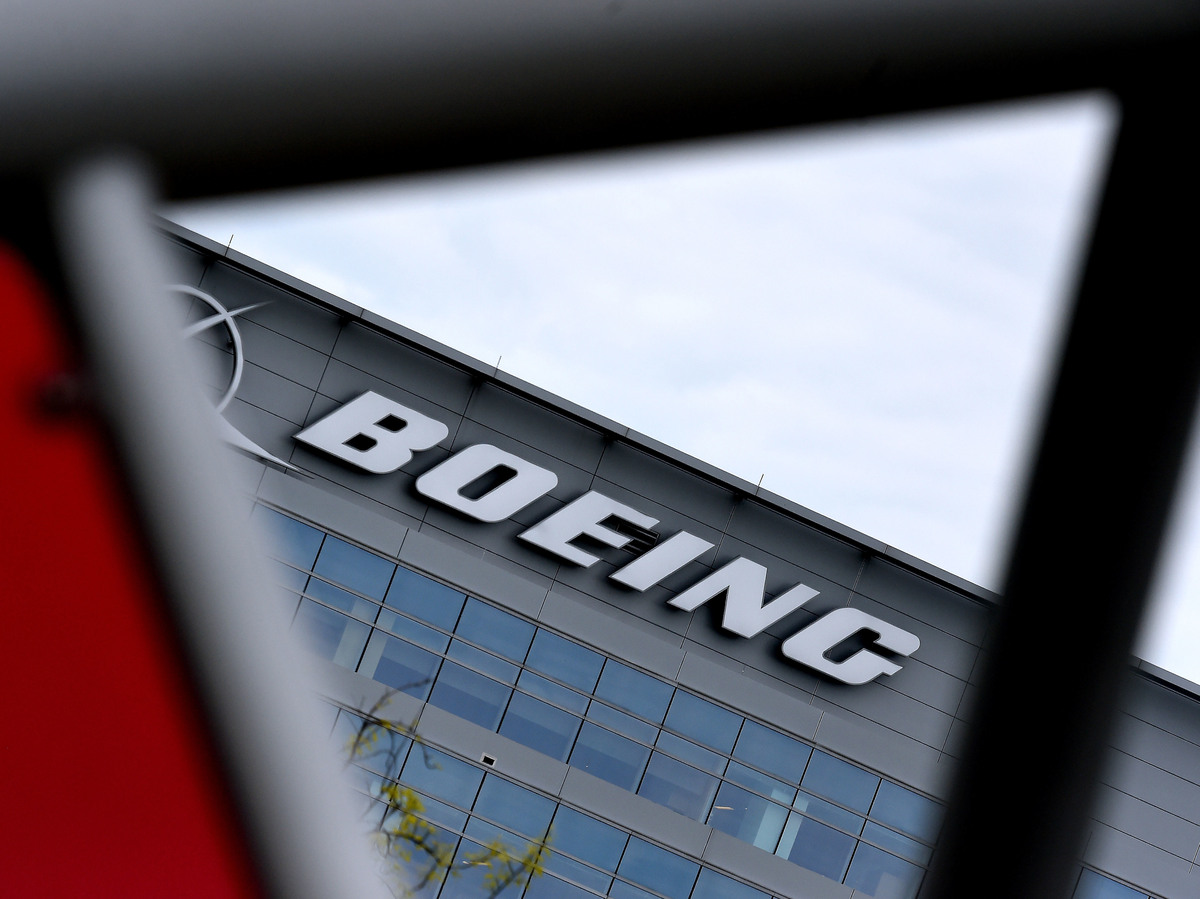 On a day the Commerce Department reported that the U.S. economy shrank 4.8% in the first quarter, ending a record long expansion, a company that usually represents American economic might has bad news, as well.

Boeing reported a $641 million loss for the first quarter and announced it will be cutting back airplane production and eliminating thousands of jobs.

The aerospace giant will reduce the size of its global workforce by 10%, eliminating about 16,000 jobs as the company adjusts to nearly nonexistent demand for air travel in the wake of the deadly coronavirus pandemic.

"This virus is a body blow to the aviation industry," Boeing CEO David Calhoun said during a conference call with journalists Wednesday, in which he outlined the severe impact the coronavirus has had on air travel.

The airplane manufacturer was already reeling from the year long grounding of its 737 Max airplane and the coronavirus pandemic has just added to the misery.

The number of people flying is down more than 95% from the beginning of March. Airlines around the world have parked more than 17,000 passenger jets — that's nearly two-thirds of all planes in service — as airlines are on pace to lose more than $300 billion this year.

So they're not buying new planes any time soon, and Calhoun says the company needs to reduce production rates to adapt to the air travel industry's new realities.

The job cuts will be deepest in Boeing's commercial jetliner business, where 15% of the workforce will be eliminated. There will be fewer cuts in the aerospace giant's defense and space divisions.

"I know this news is a blow during an already challenging time," Calhoun said in a message to employees Wednesday morning. "I regret the impact this will have on many of you. I sincerely wish there were some other way."

Boeing is a manufacturing behemoth. It's the nation's largest exporter, accounting for an estimated 1% of GDP. Its supply chain has 17,000 manufacturers making the engines, wheels, wings, seats, and countless other parts.

So Boeing's cuts will ripple across the country and around the world.

"Boeing is just in a world of hurt," says aviation industry consultant Scott Hamilton of Leeham Company. He says the pandemic is hurting Boeing's rival Airbus, too. The European company announced it will be cutting airplane production by a third and laying off workers, but Boeing might be worse off, because "in Boeing's case, it's exasperated by the fact that the 737 Max has been grounded since March 13 of last year."

That was after the second of two Max plane crashes that killed 346 people. The grounding of the best selling commercial jet ever has cost Boeing billions and it now appears the 737 Max will remain grounded at least through August. Southwest Airlines, the largest Max customer, just drastically reduced the number of the planes it will take next year.

Boeing is still under investigation for how it got a flawed flight control system certified, and according to the Wall Street Journal, investigators are also looking into widespread problems on the 737 Max assembly line. Lawsuits filed by the families of those killed are still pending, too.

Asked about the status of the troubled plane, Calhoun said the company continues making progress towards meeting regulators demands as it addresses flaws that contributed two deadly crashes.

"I think confidence is as high as it's ever been," the CEO told reporters, adding that he believes the plane is on track to be recertified by late summer or early fall. "Third quarter is when we think it will return to service."

But it appears airlines might not have the need to fly the planes by then.

"The aviation industry will take years to return to the levels of traffic we saw just a few months ago," Calhoun said. "It is difficult to estimate when the situation will stabilize, but when it does, the commercial market will be smaller and our customers' needs will be different."

Calhoun says Boeing will need to borrow money to get by and he signaled that the company is softening its stance on giving the U.S. government a financial stake in the company in exchange for federal loans. But they have made no decision yet on whether to apply for the federal aid available under the coronavirus relief package known as the CARES act.

"There's going to be a big recovery, people will want to travel again, people will get on aircraft," she said. "And right now, we're modeling a pretty dire scenario and it's probably all upside from here."

Kahyaoglu and others expect demand to return to 2019 levels within two or three years, but analyst Scott Hamilton says that forecast may be overly optimistic.

"We think it'll be more like four years, best case, before you see passenger traffic returning to pre-Covid levels, and worst case, eight years, and then of course production of new airplanes will trail that," he said.

So what it'll take for Boeing to make money again?

"Good question," Hamilton said. "I think primarily they'll rely on defense contracts and um... huh. It's a good question. I don't have an answer for that."