Accessibility links
Review: Riding Offers Troubled Teen A Chance In 'Bull' A 14-year-old girl finds herself drawn to bull riding in this "humble and low-key to a fault" debut feature. 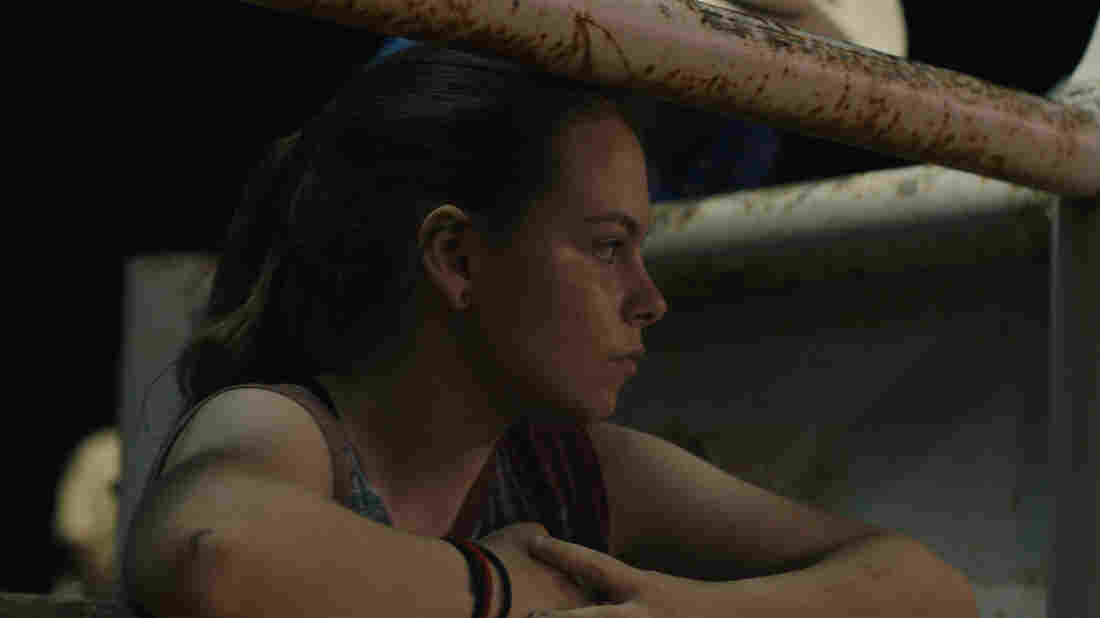 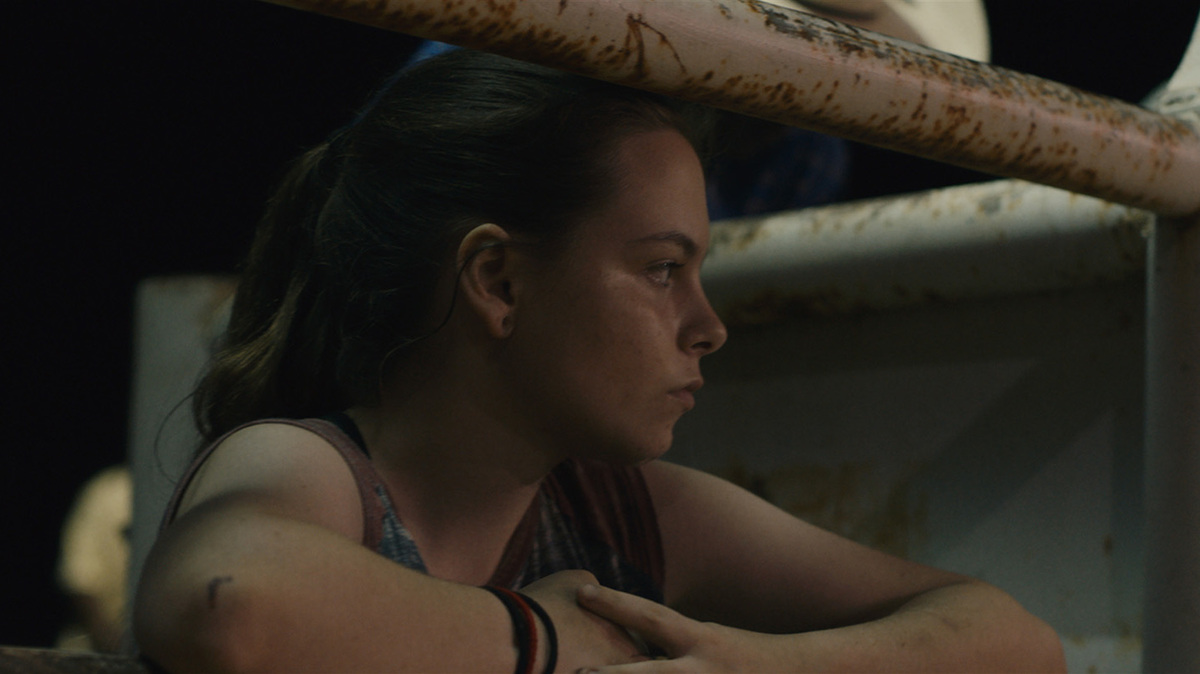 "Can't you just take me to juvie?"

There's a disturbing resignation to the way Kris, a 14-year-old white girl from a run-down Houston suburb, poses the question to a cop who's picked her up for trashing a neighbor's house. Her mother is already in jail and her grandmother, dirt poor and overtaxed in the best of times, lacks the health and the resource to look after her and her little sister. Kris' academic prospects are so dire that her English teacher doesn't even bother to call her out in class for watching a video on her phone. "I saw you, Kris," the teacher says. "I'm just to the point where I don't care anymore."

Getting the audience to care is a challenge, too, though the two first-timers responsible for Bull, director Annie Silverstein and her lead actress, Amber Havard, are up to the task. Despite the sentimental outlines of the story, which ultimately centers on the redemptive relationship between Kris and an aging African-American bull rider, don't actively court sympathy for her. They want to make her persuasive first, so they emphasize the deflating apathy of a girl who doesn't believe her future will be any different than her mother's. Kris doesn't want to take even the minimal steps to keep herself out of trouble. She just wants to get it over with.

There are several recent points of comparison for Bull, like the Heartland drift of a traveling magazine sellers in Andrea Arnold's American Honey, the lost children in the shadows of Disney World in Sean Baker's The Florida Project, or the teenage girl fighting her way through meth country in Winter's Bone. Bull could use more of the expressive spark of those great films — it's humble and low-key to a fault — but it share with them a keen sense of what it's like to grow up poor in America, and how even young children become aware of their narrowed options. What's different about Kris is that she doesn't have the will to fight for anything better, at least not at first.

Things change for Kris when she gets to know her neighbor Abe (Rob Morgan), a black former rodeo star who's now clinging to a job as a "matador" on the PBR (Professional Bull Riders) circuit. Matadors have the task of drawing bulls away from riders after they've fallen, which helps save riders from devastating injury, but leaves the matadors themselves dangerously exposed. While Abe is out on the road, Kris breaks into his house and invites her ne'er-do-well friends over for a party that quickly rages out of control. He calls the police on the unrepentant girl, and only the pleas of Kris' grandmother spare her from juvenile detention.

As Kris mopes her way through the clean-up and chores to put Abe's place back together, she finds herself drawn into bull riding and Abe eventually encourages her interest, bringing her into the world of off-circuit, largely African-American rodeo events. Kris starts to believe her natural talent might lead to a future as a bull rider, but Silverstein isn't inclined to indulge her for cheap uplift. Bull isn't a film about redemptive, big-game endings — it's admirably clear-eyed about what happens to guys like Abe, whose body can only take so much abuse before he's quietly shown the door.

Though Silverstein's insistence on keeping Bull scaled-down is mostly wise, a certain rudderless quality creeps into the drama. It's not easy to sustain interest in a lead character as hard-shelled and blank as Kris, and it gets harder when various subplots knock the central relationship off track, like Abe's romance with an old flame (Yolonda Ross) or Kris' misadventures in dealing Oxy to riders. These scenes are as convincing as the rest of the film — no doubt broken-down cowboys are a rich market for painkillers — but Kris and Abe wind up not getting enough time together. It's like Silverstein is the matador of her own movie, drawing attention away from the most important action.

Yet the lumpiness of Bull doesn't negate the tenderness and observation that brings its world to life. So few American films, even from independent filmmakers, have an interest in the poverty that grips so much of the country, and it's the subtle engine that drives much of its characters' decision-making. Kris and Abe both nurture dreams of financial viability in rodeo, but their day-to-day reality knocks them off even this modest course. They have each other, and that may have to be enough for now.