Accessibility links
Virus Outbreak Poses Political Challenge For Republican In Key Senate Race Sen. Thom Tillis, R-N.C., is seeking reelection and has allied himself with Democratic Gov. Roy Cooper to support the state's stay-at-home order even as many Republicans want to see the state reopen. 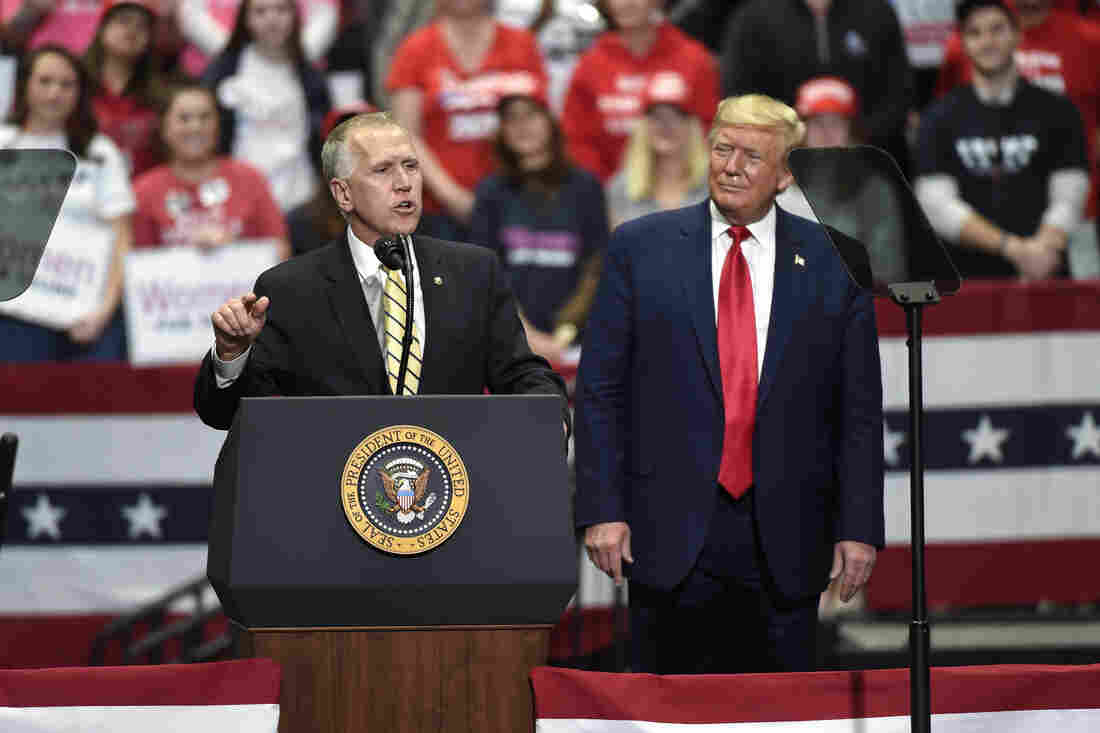 Sen. Thom Tillis, R-N.C., at a campaign rally for President Donald Trump in Charlotte, N.C in March, shortly before the coronavirus led to a suspension of in-person campaigning. Mike McCarn/AP hide caption 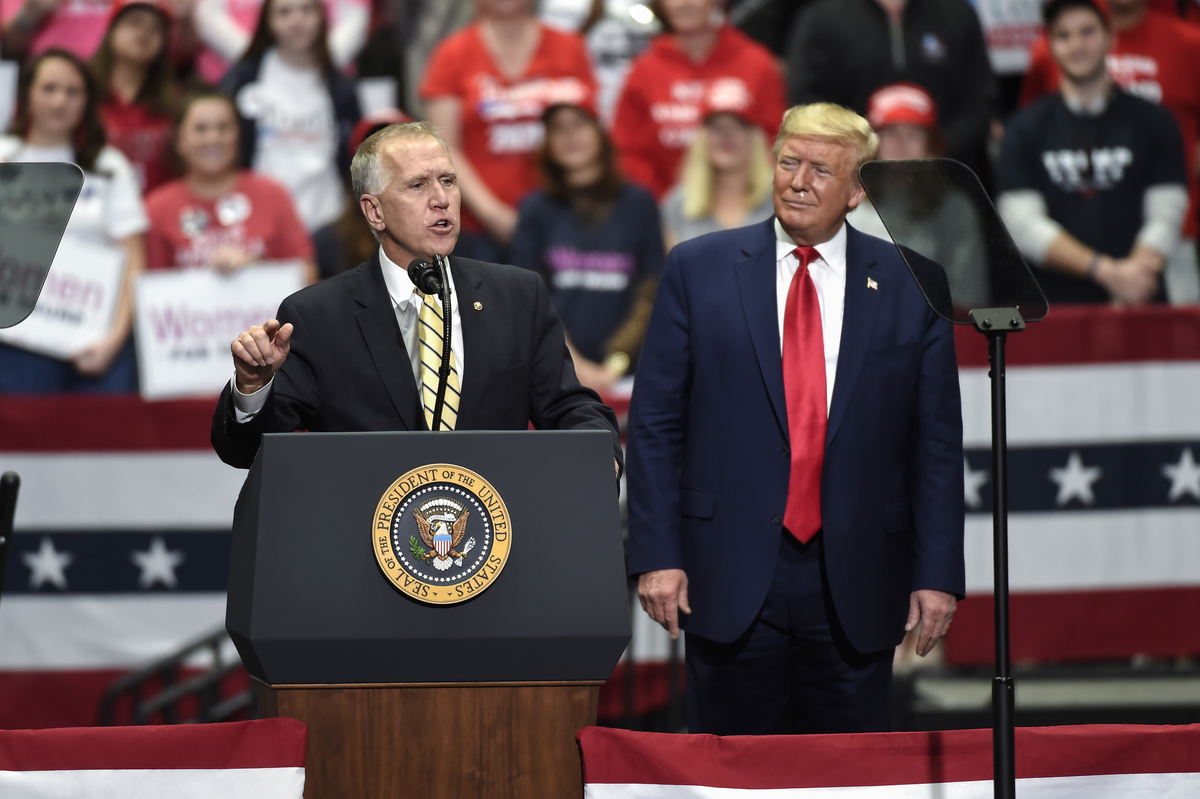 Sen. Thom Tillis, R-N.C., at a campaign rally for President Donald Trump in Charlotte, N.C in March, shortly before the coronavirus led to a suspension of in-person campaigning.

In what could be one of the closest Senate races this fall, the coronavirus pandemic has scrambled some of the usual political lines.

"We're moving in the right direction but we have not beaten this virus," Tillis said during a telephone town hall with constituents in April. "And the last thing we can do now is to let our guard down."

It's a stance that has put Tillis at odds with many GOP officials in the state, not to mention the protesters who are holding weekly marches in the state capital to protest Cooper's order.

"I've seen the damage that's been done by this shutdown," said protester Gary Jesmock said at a recent rally. "And I think it's very dangerous."

While North Carolina has been spared from the worst of the virus so far, the state's stay-at-home order has been extended to May 8.

Tillis took flak early in his term for suggesting public health regulations like mandatory hand washing for restaurant employees be eliminated as a way to cut red tape. He said businesses could post signs saying they opted out of that rule and that the free market would decide whether that's a good idea.

Today he repeatedly urges North Carolinians to wear masks and has chided them for not taking the pandemic seriously enough.

"I have a concern that we still have a significant number of people in North Carolina who are not heeding the advice on social distancing and wearing facial coverings when they go out," he said.

In a state that's been close in the last three presidential elections, Tillis won his first race by one-and-a-half percentage points in what was, at the time, the most expensive Senate race ever.

Democrats need to win at least four Senate seats from Republicans to retake the Senate if Joe Biden also wins the White House. North Carolina is one of a handful of swing states where Republican senators are facing well-funded Democratic challengers.

"I think we see once again a very transparent election year effort to grab a hold of what's popular," Cunningham said. 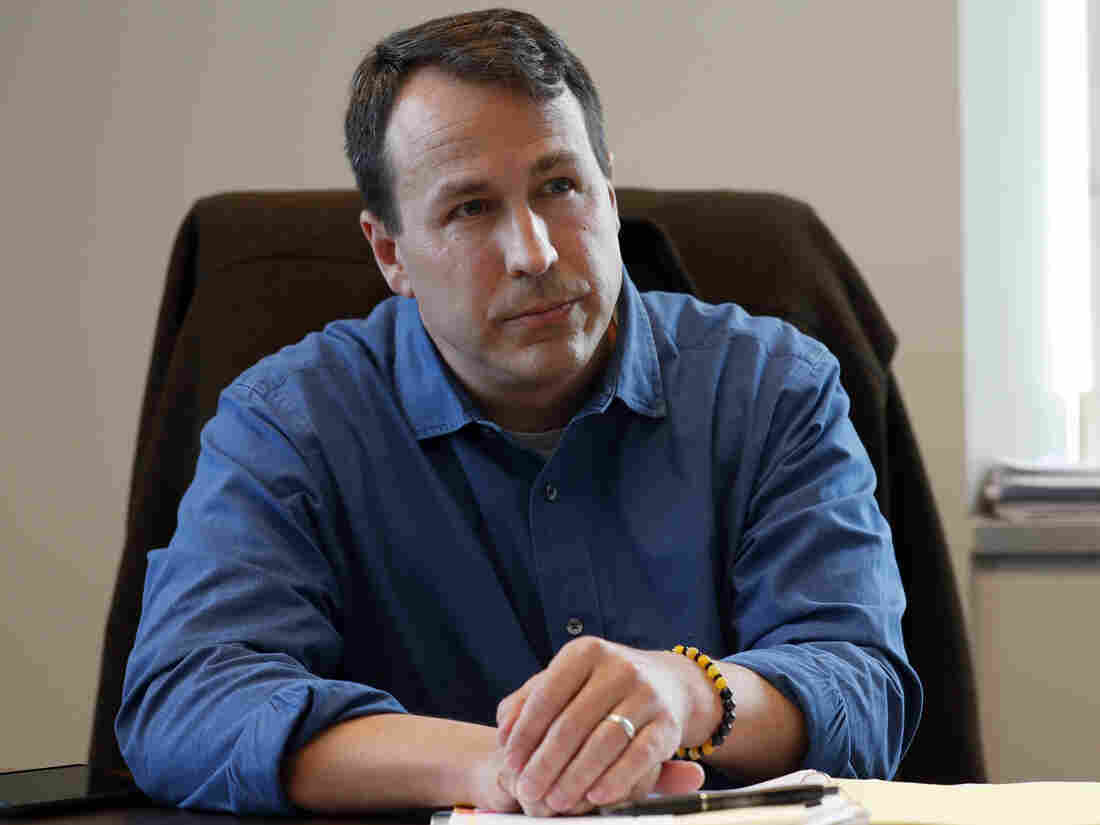 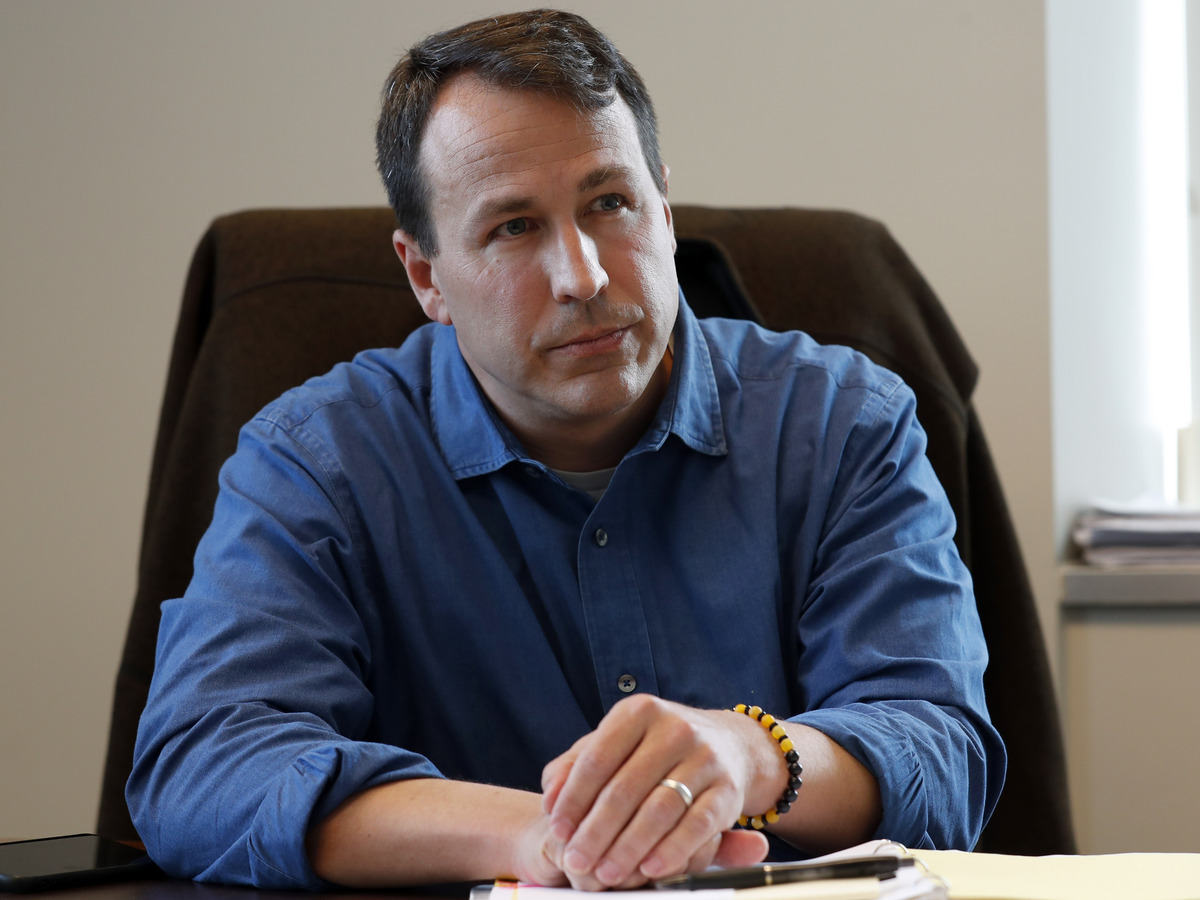 Cunningham, an attorney who served in the Army JAG Corps in Iraq and Afghanistan, says Tillis isn't doing enough to push the Trump administration to send North Carolina more personal protective equipment. The state has said it doesn't have enough PPE in reserve to safely open reopen.

"First he said the president exercised decisive leadership, but we still don't have the testing and the PPE that the governor is calling for," he said.

Tillis' campaign said in a statement that the senator is supporting a "data-driven, bipartisan approach" to reopening. It also criticized Cunningham and Democrats for saying the Trump administration sent masks to China, when it was charities who sent PPE there in the early days of the pandemic.

For Tillis, challenging the president has been perilous.

He initially opposed Trump's emergency declaration to pay for a wall between the U.S. and Mexico in 2019. Conservatives were furious. Tillis reversed himself, but not before twice getting booed at Trump rallies.

Trump has endorsed Tillis, but hasn't forgotten, bringing it up during a January visit to Charlotte.

"We had a good relationship, but we sort of disagreed on a couple of minor policies," Trump said. "That's OK. Of course, I won't put up with it for long, Thom Tillis."

So far Tillis has backed the recommendations from the White House coronavirus task force. But when asked about the president's suggestion that injecting disinfectant might kill the virus, the Tillis campaign did not respond directly, saying only that people who think they are sick should see their doctor.

As North Carolina moves to reopen, Tillis will have to balance the caution from the state's liberal and harder-hit regions like Charlotte and Raleigh-Durham with rural, conservative areas.

"I've seen a lot of things," Rice said. "But I'm gonna tell you, this is a very serious, serious situation. Otherwise you are going to come to Mt. Airy North Carolina which was a lively little town and you are going to find...nothing."

Six years ago, Surry County — home to Mt. Airy — gave Tillis one of his biggest margins of victory in the state. A question for his reelection is whether voters there and in other parts of the state will accept his caution.