Accessibility links
NPR Music's Top 14 Songs Of April Beyoncé jumped on a Megan Thee Stallion remix, Fiona Apple dropped an album full of favorites (and we somehow picked one) and Jason Isbell offered a heartrending treat with the 400 Unit. 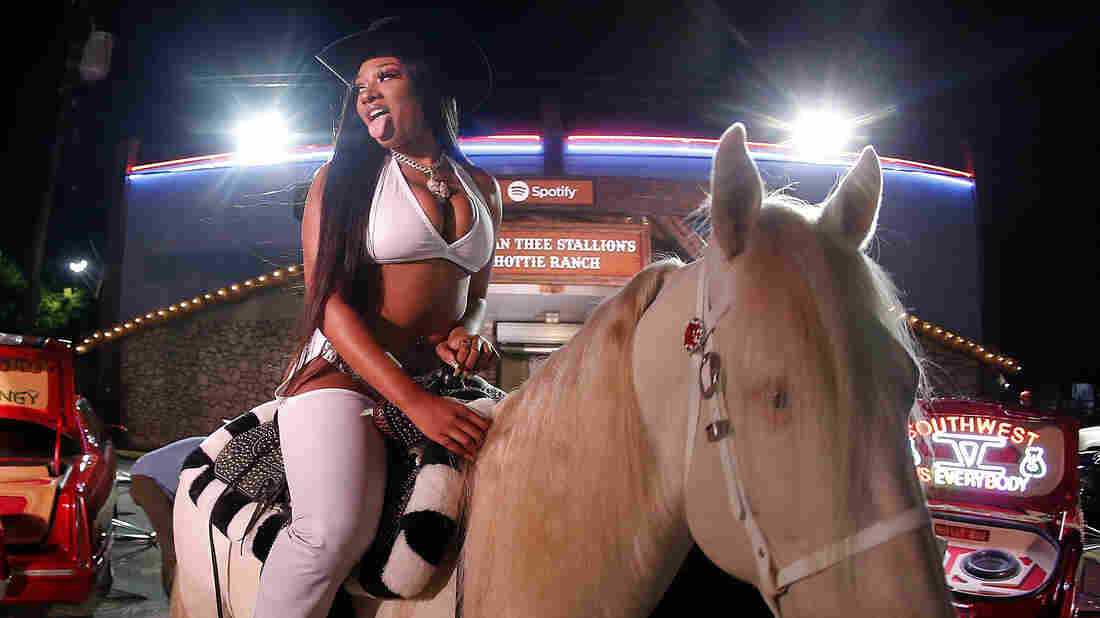 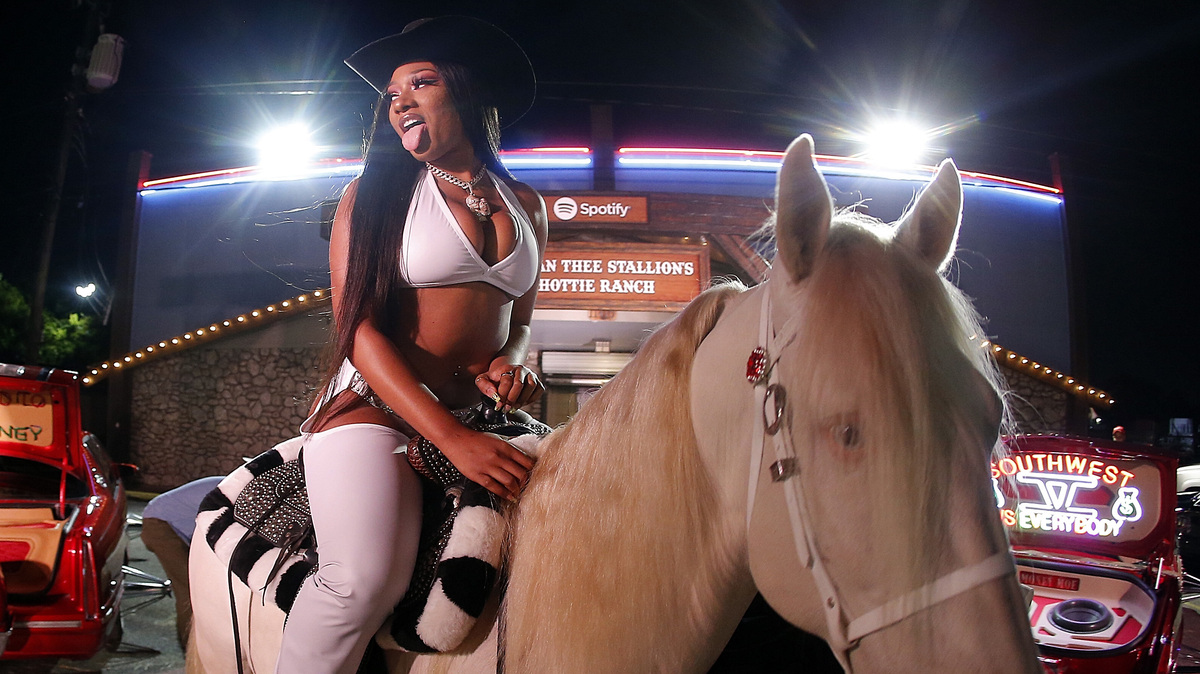 To bolster the fun and success of her already chart-climbing 2020 single "Savage," Megan Thee Stallion manifested a remix from Beyoncé.

Stream this playlist via Spotify.

As the NPR Music staff continues to cover the pandemic and its effects on the music industry, we are still listening to new music. In fact, we started Press Pause and Hit Play, a new playlist updated daily, in an effort to catalog our favorites released during this time.

We did something different for April. Instead of long discussions over email and video chat to determine which songs would make our monthly list, each staff member was guaranteed their No. 1 pick. We don't always share our list-making process, but the results seen below reveal the music held closest to the chest, what gets repeat listens during quarantine.

Below you'll find an alphabetized list of NPR Music's top 14 songs of April 2020. Be sure to check out our top 14 albums from the month and, above, listen to the Best of April podcast from All Songs Considered.

Dornik, "Crush"
♬ APPLE / SPOTIFY
The third single from Dornik's sophomore album marks a true return to form for the British singer-songwriter. Synths and harmonies hit from all directions on this one. — Bobby Carter

Ellis, "Pringle Creek"
♬ APPLE / SPOTIFY
On the opening track of her debut, Ellis spins a reverie in a warm wash of shoegaze soundscapes and collapses it with a blaze of guitar. — Cyrena Touros

Fiona Apple, "Heavy Balloon"
♬ APPLE / SPOTIFY
As tangible a depiction of chronic emotional distress as you're likely to hear, with an atmospheric groove, a simmering verse and a raging, resolute chorus. — Nate Chinen, WBGO

Jason Isbell and the 400 Unit, "Dreamsicle"
♬ APPLE / SPOTIFY
A slice-of-life story of a song, "Dreamsicle" may sound just as sweet as its namesake summertime treat, but there's heartrending depth in its delicate details. — Lyndsey McKenna

Laura Marling, "Strange Girl"
♬ APPLE / SPOTIFY
On the wind of a rolling rhythm and a guitar riff that turns the song into a magic carpet ride, England's finest folk-rocker sends a free-wheeling and compassionate love letter to her younger self. — Ann Powers

Nate Smith, "Signs of Life: Secret Agents of Weathering"
♬ APPLE / SPOTIFY
The opening track from the versatile jazz drummer's absorbing Light and Shadow EP is a daily meditation. In a pandemic, we are all secret agents of weathering. — Lauren Onkey

Protomartyr, "Worm in Heaven"
♬ APPLE / SPOTIFY
Ultimate Success Today's closing track is a mournful look back on something painful for singer Joe Casey as he wonders if it was ever worth it at all. — Bob Boilen

Young Dolph, "Sunshine"
♬ APPLE / SPOTIFY
What good is having new money if you can't pay the cost during a global pandemic?Just like everybody, Young Dolph's been quarantinin'. But coronavirus is nothing to a man who's survived 100 shots. — Rodney Carmichael