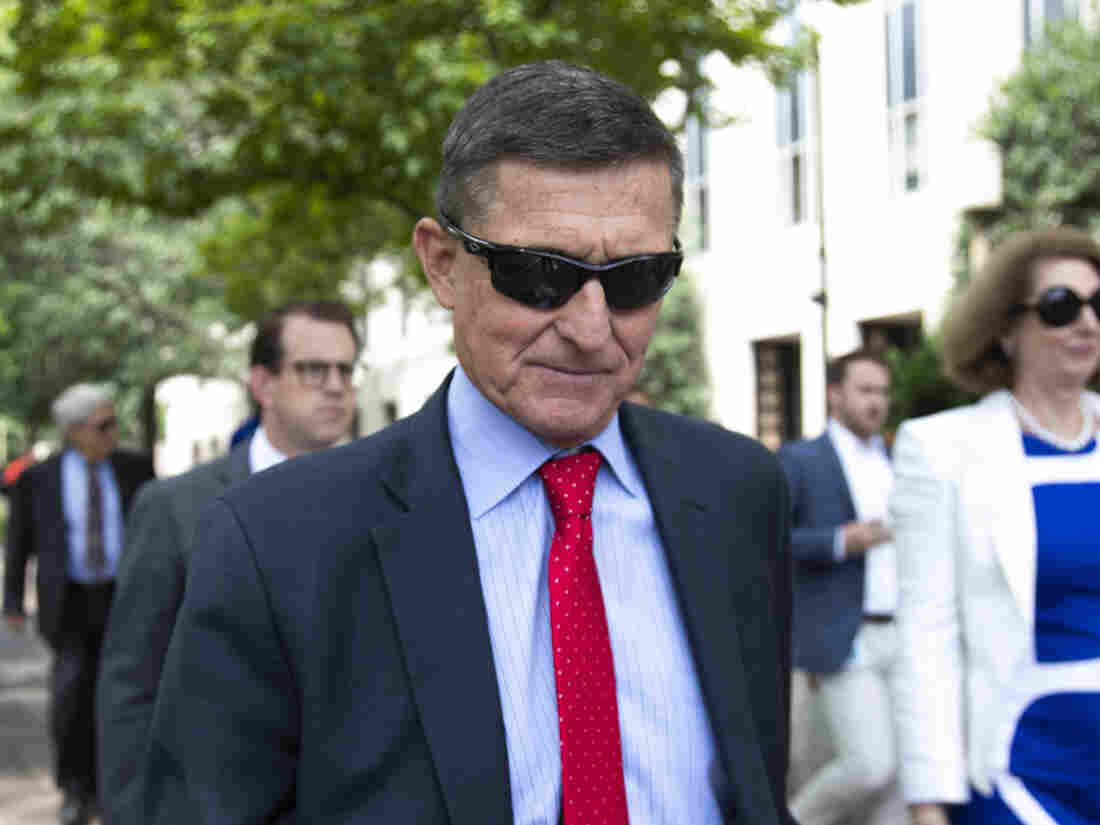 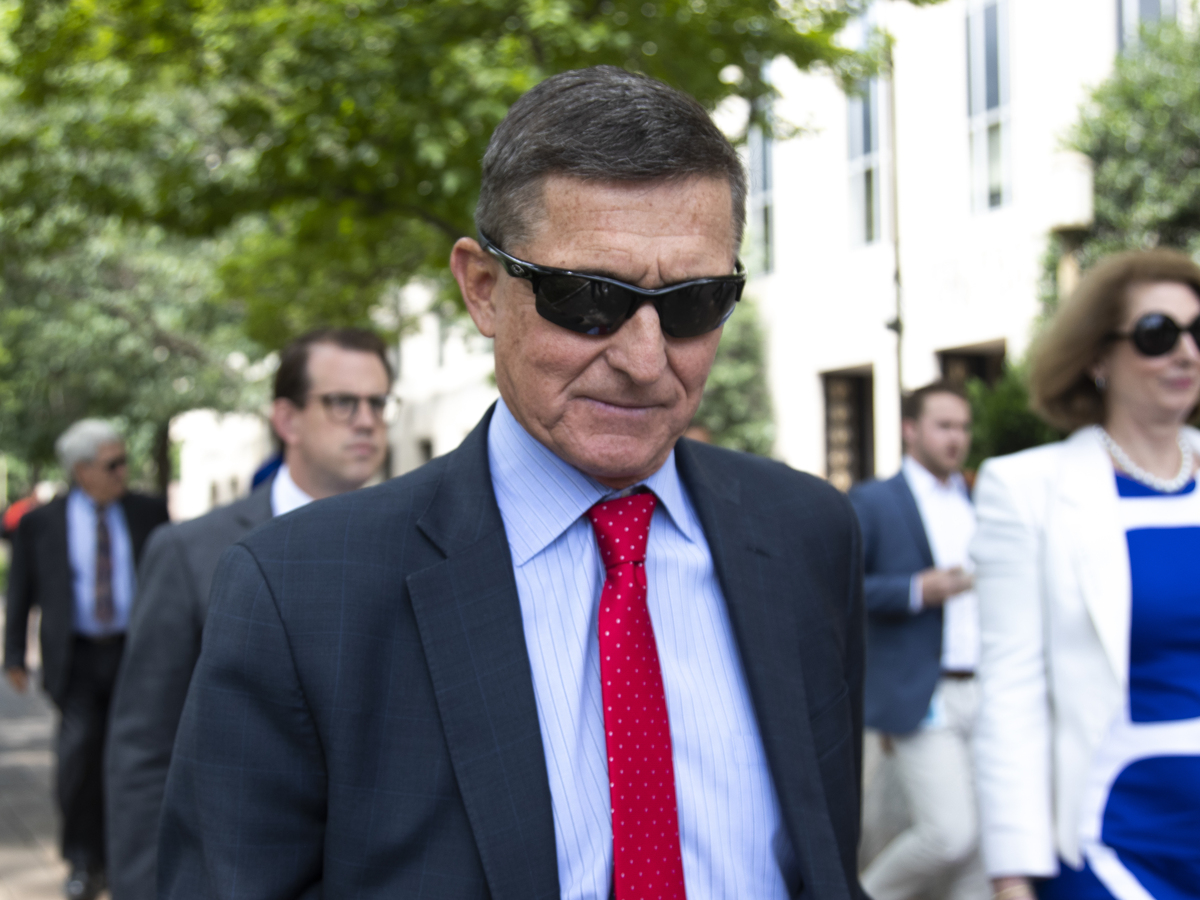 President Trump said Thursday that he thinks his first national security adviser, Michael Flynn, will be "totally exonerated" in light of recently unsealed FBI documents related to the bureau's investigation of the former general.

"It looks to me like Michael Flynn would be exonerated based on everything I've seen," Trump told reporters at the White House. "I think he's a fine man."

Flynn pleaded guilty in 2017 to lying to the FBI about his contacts with the Russian ambassador, and cooperated with special counsel Robert Mueller's investigation. But Flynn changed course beginning last summer, and he now accuses the government of misconduct and setting him up.

Trump has always left open the door to a possible pardon for Flynn. Asked about that possibility now, Trump said "hopefully we won't have to go there."

Flynn's case has grabbed headlines over the past 24 hours--and the president's attention--because two tranches of FBI materials related to the case have been made public as part of his ongoing legal battle.

On Wednesday evening, a federal judge unsealed documents that appear to show an internal FBI debate about how to handle the case against Flynn, including how to proceed if he lied to them about his contacts with the Russian ambassador.

Another 12 pages of FBI documents were made public in a court filing by Flynn's lawyers Thursday.

Flynn's attorneys say the materials show the bureau trying to entrap Flynn, and strengthen his legal argument for the case to be dismissed.

A decision on that question lies in the hands of U.S. District Court Judge Emmet Sullivan, who has dismissed Flynn's previous allegations of government wrongdoing.

The documents, which date to January 2017, were handed over last week to Flynn's defense team by the Justice Department as part of a review of the case ordered by Attorney General William Barr.

Three emails released Wednesday relate to when agents should warn Flynn that he could be charged if he lied to them.

Flynn's supporters, however, have zeroed in on a fourth document released Wednesday— the handwritten note. It appears to show a debate within the bureau about how to handle the FBI's interview with Flynn, including whether to present him with detailed evidence if he lied to them about his conversations with the Russian ambassador.

Although it is not clear who wrote the notes, the initials "DD" at the top are an apparent reference to FBI Deputy Director Andrew McCabe, who was later dismissed by Attorney General Jeff Sessions for alleged "lack of candor."

The notes outline thinking about how the investigation might proceed: "Our goal is to determine if Mike Flynn is going to tell the truth [about] his relationship [with the] Russians," one bullet point notes.

Another suggests indecision about how to approach the interview with Flynn:

"I agreed yesterday that we shouldn't show Flynn [redacted] if he didn't admit," the author of the note says, adding, "I thought [about] it last night [and] I think we should rethink this."

That is followed by a dialectic about the investigation's aim:

"What is our goal? Truth/admission or to ... get him to lie, so we can prosecute him or get him fired?"

"If we're seen as playing games, WH will be furious," the author of the notes writes, concluding, "Protect our institution by not playing games."

While most parts of the emails are unredacted, significant chunks of the notes are blacked out.

Former federal prosecutors say such internal debates are normal during an investigation.

The second batch of documents includes what appears to be an electronic document dated Jan. 4, 2017--around three weeks before the FBI interviewed Flynn--to close the case due to a lack of derogatory information. There are also emails and text messages related to a discussion to keep the investigation open, but they are heavily redacted making it difficult understand the full context.

Asked about Flynn's case Thursday, Vice President Mike Pence said he is "deeply troubled by the revelations of what appears to have been investigative abuse by officials in the Justice Department and we are going to continue to look into that very carefully."

Pence also said, about Flynn being fired and lying to the FBI, that he is "more inclined to believe it was unintentional than ever before."