Accessibility links
West Point Cadets To Gather 50 Miles From Coronavirus Epicenter For Trump Speech Despite concerns that many West Point cadets returning for a June 13 commencement may be exposed to the coronavirus, Army officials insist they'll be in a "safety bubble." 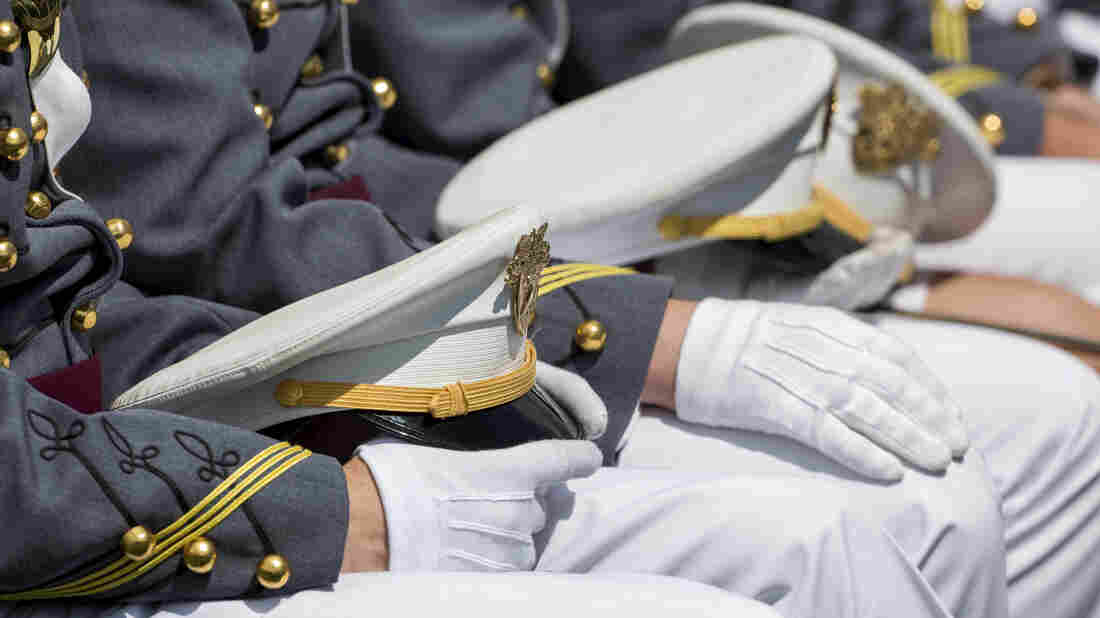 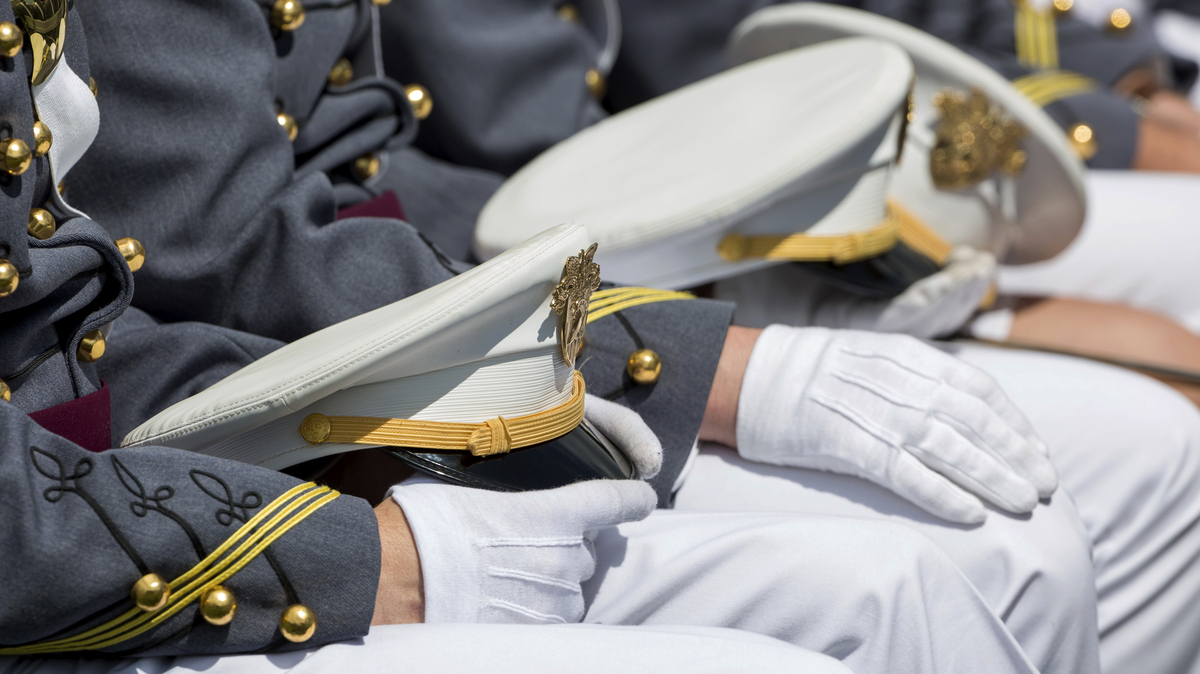 Top U.S. Army leaders insisted Thursday that the June 13 graduation ceremony they have announced for West Point cadets — after President Trump declared on April 17 he would be the commencement speaker — will take place in a "safety bubble" of measures aimed at preventing a further spread of the coronavirus.

"We will conduct the ceremony much like the Air Force Academy did on April 18 in honoring completion of their 47-month journey to enter the Army ranks," Army Secretary Ryan McCarthy told reporters at the Pentagon, "including at this unprecedented time for our country."

Vice President Mike Pence addressed Air Force cadets in person at the outdoor graduation ceremony McCarthy cited. Only those who were graduating attended, seated eight feet apart from one another.

Critics of the planned in-person West Point ceremony have pointed to a partial audio recording obtained by The Washington Post of a video call made by a West Point instructor to a group of 25 cadets four days after Trump said he would speak at their graduation.

"Because all 1,000 of you are going to be coming back," the instructor is quoted by the Post as telling cadets in the recording, "you're probably going to be about 60 percent who have coronavirus, so we're going to likely test all of you."

Such a potential degree of infection at the military academy does not appear to have dissuaded Army brass from going ahead with the graduation.

After West Point cadets went home for spring break in early March and were told not to return because of the pandemic, McCarthy said the Army sent Defense Secretary Mark Esper "a revised concept with the date" for a graduation ceremony which was then sent to the White House.

"We were looking at specifically how the [COVID-19 outbreak] trend was in the state of New York," said McCarthy, "and ultimately was the curve flattening and how we were in a place with much reduced risk of bringing them back to the academy."

The superintendent of the U.S. Military Academy at West Point, located about 50 miles north of the pandemic's epicenter in New York City, described what he called "a safety bubble" for returning cadets.

"We'll do it safely, and for all the parents and cadets that are out there watching right now, we're going to take care of them," said Lt. Gen. Darryl Williams, who noted that all cadets are to be tested for COVID-19 before entering the campus and those testing negative will be kept under a special two-week regime.

"While they're at West Point, they'll be segregated the entire time, they'll come back in five cohorts, no cohort will intermingle while they're there for those 14 days," Williams said. "They'll eat separately, they'll live separately, and we'll make sure that they are ready to join our great United States Army."

The Army's top civilian, for his part, said the graduation ceremony is not the only reason why the cadets are being asked to return to the New York campus.

Army Chief of Staff Gen. James McConville, who also attended the Pentagon briefing, said the cadets would have to be dealing with the pandemic after graduating as commissioned second lieutenants.

"They're going to have an opportunity to lead, these extraordinary young men and women that are coming into the Army, and they're going to have to work their way through this," said McConville, "and that's why we're putting the safety procedures in place, so we can do this safely."

The Army officials downplayed the possibility that some cadets may not want to risk their health by attending the graduation.

"I am confident that our cadets will come back and graduate, this is a culmination of a 47-month experience," said Williams. "They're very excited about it, we're very excited for them, to do this graduation."

Asked about disciplinary action being taken against cadets who do not return for the ceremony, Williams demurred.