Accessibility links
Afrobeat Legend Tony Allen, Fela Kuti's Drummer, Has Died At Age 79 Tony Allen was one of the founders of the deep-grooved Afrobeat style — alongside his musical collaborator, Fela Kuti. The drummer died Wednesday evening in Paris of a heart attack. 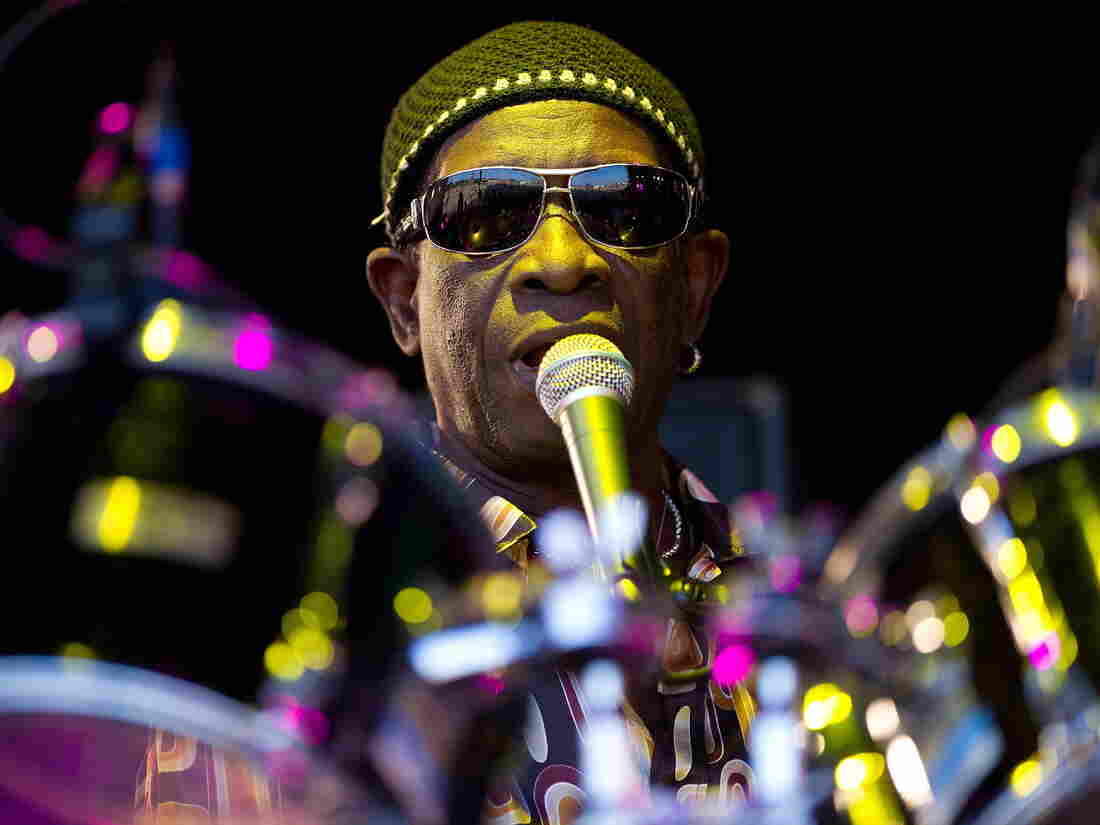 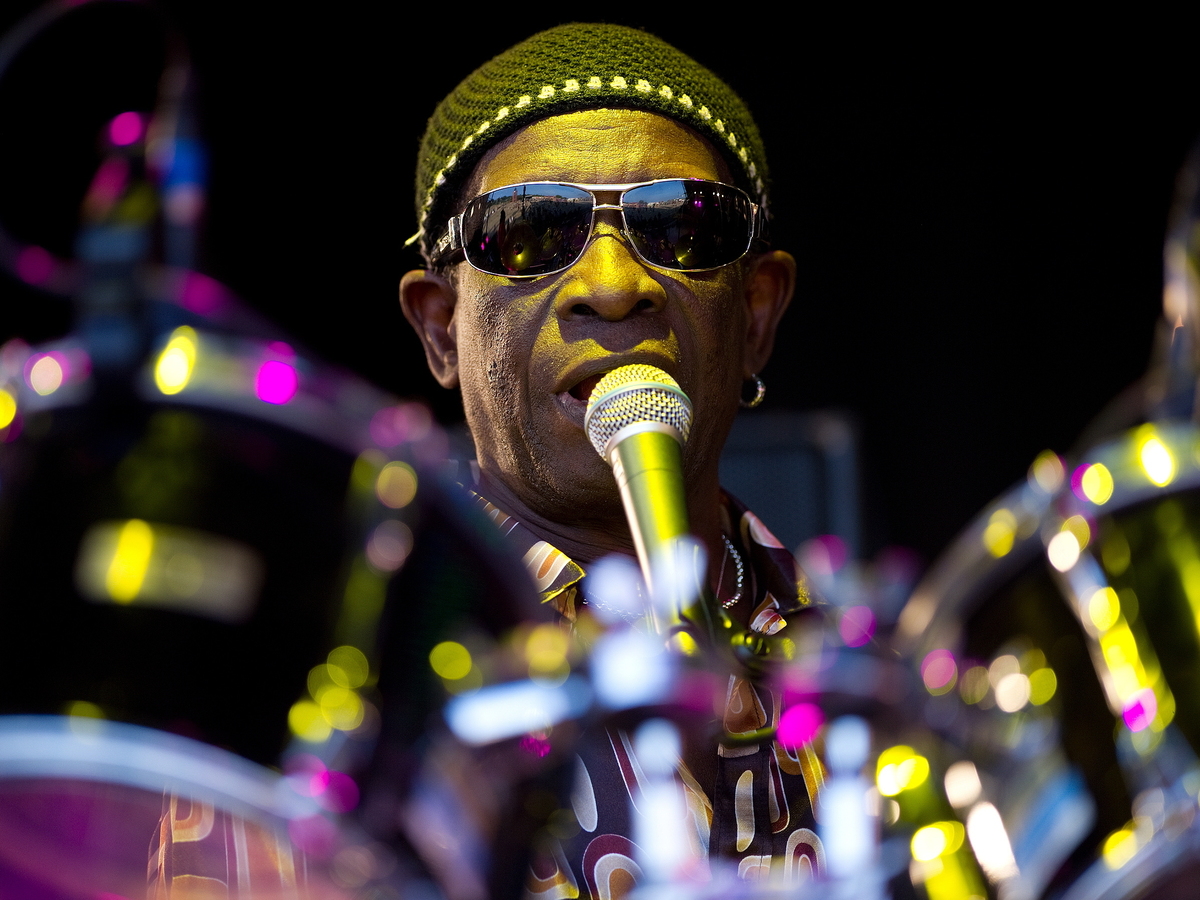 Drummer Tony Allen, performing at the Glastonbury Festival in England in 2010. Allen died Thursday at age 79.

Drummer Tony Allen has died at age 79. He is widely hailed as one of the founders of Afrobeat alongside his longtime musical partner Fela Kuti, with whom he played for 15 years.

Allen died Wednesday evening in Paris of a heart attack, his manager, Eric Trosset, told NPR. Trosset told Agence France-Presse that Allen took ill in the afternoon and was taken to the Hôpital européen Georges-Pompidou, where he died.

Behind the kit, Allen used his whole body — laying out intricate polyrhythms with all four limbs. (He was so dexterous, it often seemed like he had more than four.) "Without Tony Allen," Kuti famously remarked, "there would be no Afrobeat."

Allen was born Tony Oladipo Allen in Lagos, Nigeria in 1940. He didn't begin playing the drums until age 18 — but once he began, that was it. Just months later, while he was working as an electrical technician for a radio station in his native Lagos, he announced to his disappointed parents that he intended to become a musician.

Allen met Kuti in the early 1960s, when both were gigging around Lagos. By 1964, they were playing together: first American-style jazz, and then, for about five years, a more African-inflected, highlife jazz. In 1969, they formed the legendary band Africa 70.

Allen came of age idolizing such American jazz drummers as Gene Krupa, Art Blakey and Max Roach. As he told NPR's Weekend Edition in 2010, "Fela wrote like a singer; I write like a drummer."

That highly combustible mix was exactly the magic of Afrobeat: thickly layered horns and soaring vocals with wry lyrics, laid over an unforgettably mighty, driving groove. It was a sweaty, exuberant amalgamation of African styles like highlife and juju, American jazz, and something entirely new and thoroughly self-confident. More than being just Africa 70's drummer, Allen was its musical director.

In a blazing run, Allen recorded more than 30 albums with Kuti and Africa 70 — including the classics Shakara, Expensive Shit, Sorrow Tears and Blood and Zombie. The two also recorded three albums under Allen's name: 1975's Jealousy, 1977's Progress and 1979's No Accommodation For Lagos.

But eventually they split apart, sparring over money, credits and royalties — not to mention Allen's distaste for what he called Kuti's "militarism" and the constant entourage around Kuti, which Allen found parasitic. Allen left Africa 70 in 1979. He went first to London, and then settled in Paris.

Later in his career, Allen ranged broadly in terms of his musical tastes — exploring everything from Afrofunk and American jazz to rap and electronica. His later collaborators included singer Damon Albarn of Blur and Gorillaz, the Clash's Paul Simonon, and guitarist Simon Tong of the Verve who together recorded as The Good, the Bad & the Queen.

Allen released another album, Rejoice, just last month; it was a collaboration with the late South African trumpeter Hugh Masekela, who died in 2018. The two artists recorded together in 2010, but the album was not finished until the summer of 2019.