Accessibility links
Funeral Director First Responder Inspires Daughter To Pursue Career In Medicine Despite the health risks, Dan Flynn left California to New York with a national mortuary response team last month. His daughter tells him how he inspired her to go into medicine. 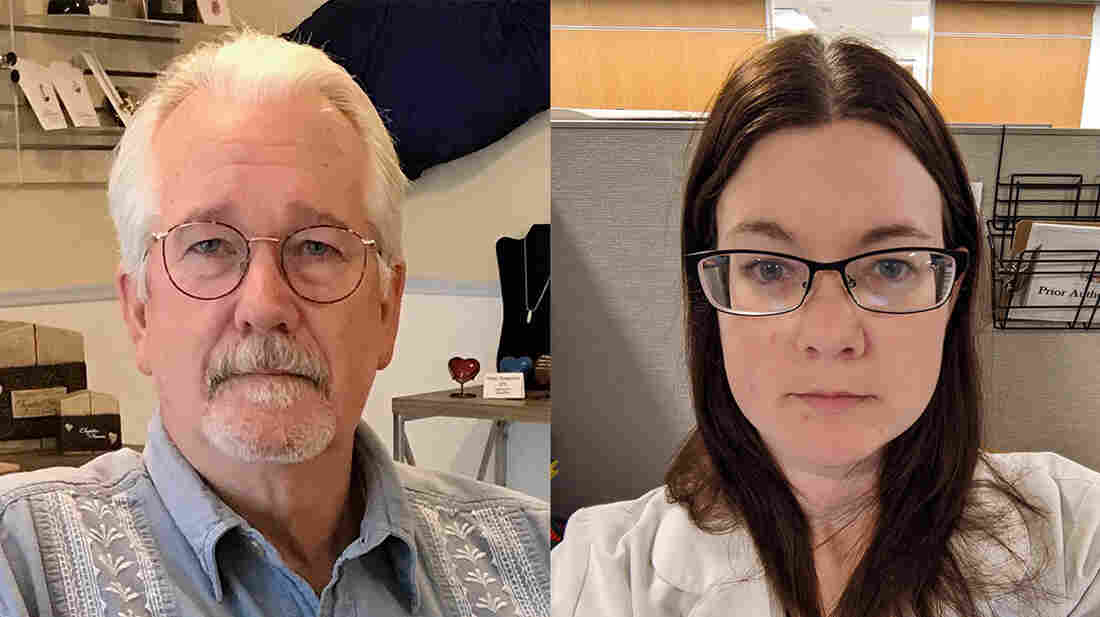 Shannon Doty (right) tells her father, Dan Flynn (left), in a remote StoryCorps conversation, that his dedication to help others inspired her goal to work in the medical field. Courtesy of Dan Flynn and Shannon Doty for StoryCorps hide caption 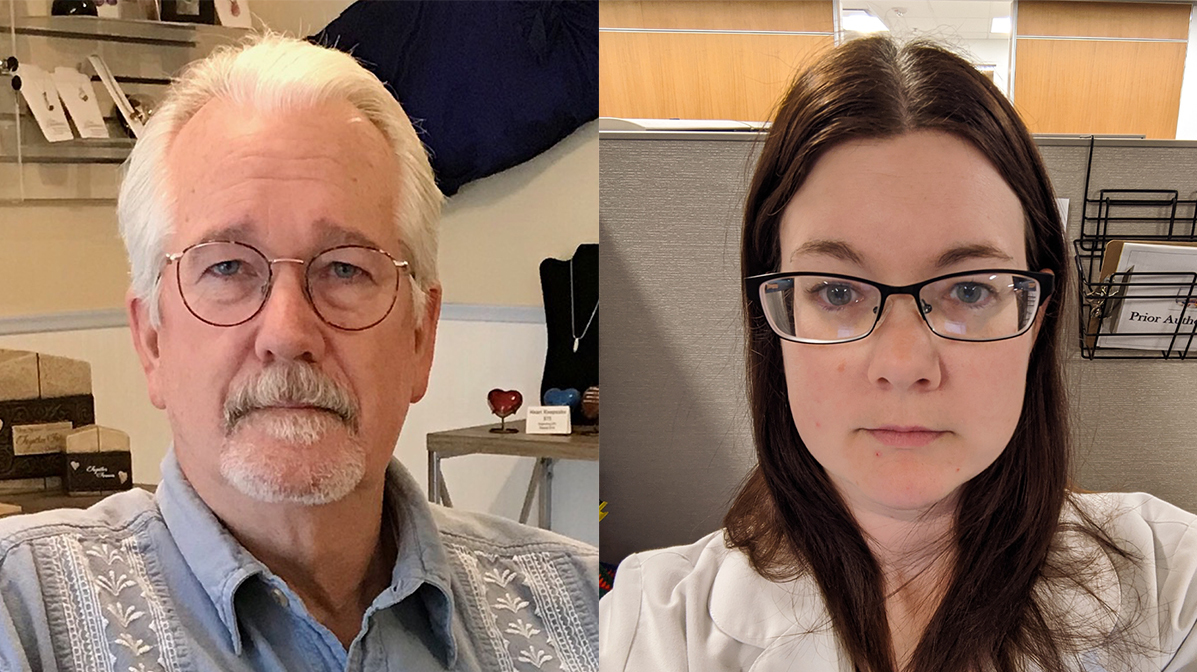 Shannon Doty (right) tells her father, Dan Flynn (left), in a remote StoryCorps conversation, that his dedication to help others inspired her goal to work in the medical field.

Courtesy of Dan Flynn and Shannon Doty for StoryCorps

As the coronavirus pandemic hit the U.S., Dan Flynn made his way from Santa Barbara, Calif., to New York City, joining 58 others as part of a national mortuary response team.

Flynn, a funeral director, has been with the team since 2008. The group helps identify victims and assist with mortuary services to help loved ones find closure. While in New York last month, Flynn assisted with autopsies and photographed, fingerprinted and catalogued bodies.

He spoke with his daughter, Shannon Doty, about the roughly three weeks he spent in New York. Doty, 32, asked Flynn, 60, whether he was scared when he was called to go there.

"Any responder will tell you that it's part of our makeup that when everybody is running away from the danger, we run towards it," Flynn said. "It's just part of the fiber of my being, I guess, to go to where there is this kind of a need."

When Doty found out her dad was going to one of the coronavirus hot spots, she said she was terrified. She knew the risky lengths he would go to help others and was worried about his own safety.

"Knowing your personality made that 10 times worse because I knew if somebody dropped on the street having symptoms, you would be the first person to pick them up and run them to the hospital despite the fact that you could catch COVID also," she said.

"But I was also proud because you are that person."

When Flynn arrived in the city, he said New Yorkers welcomed him and his fellow responders with gratitude.

"On our first day, people pulled their cars over and got out of their cars and they started applauding," he said. "People on bicycles and people on the sidewalk would shout, 'Thank you!' "

He remembers a disabled veteran stood up out of his wheelchair and saluted as they walked by. "It was incredibly moving, and that sight will never leave me," he said.

Doty said her dad's commitment to helping people inspired her to pursue her goal of working with patients who have brain tumors. She works as a medical assistant in the neurology department at Washington University's School of Medicine in St, Louis, Mo.

She also inherited her dad's dedication to doing the right thing.

"I would rather run into the fire with my cancer patients instead of just taking the easy way. And that is your doing because you always were there to tell me, 'Don't do it the easy way, do it the right way.' "

"I think of you as this warrior and living up to your middle name Valory — for valor," he told her. "I hope you remember that you are smarter than you think, and you're stronger than you feel."

"I'm very proud to be your daughter," Doty said.

"I will always love you darling," Flynn said.

Recently, StoryCorps developed a new way to bring people together that makes it possible to record interviews remotely. Go to storycorpsconnect.org to try it out.