Accessibility links
A Family Mourns The Husband And Father Who Died Alone, 3,000 Miles Away Guillermo Frestan had hoped to bring his wife and children from Nicaragua to live with him in the Bronx this year. He is one of more than 1,400 New Yorkers who have died at home during the pandemic.

A Family Mourns The Husband And Father Who Died Alone, 3,000 Miles Away

A Family Mourns The Husband And Father Who Died Alone, 3,000 Miles Away 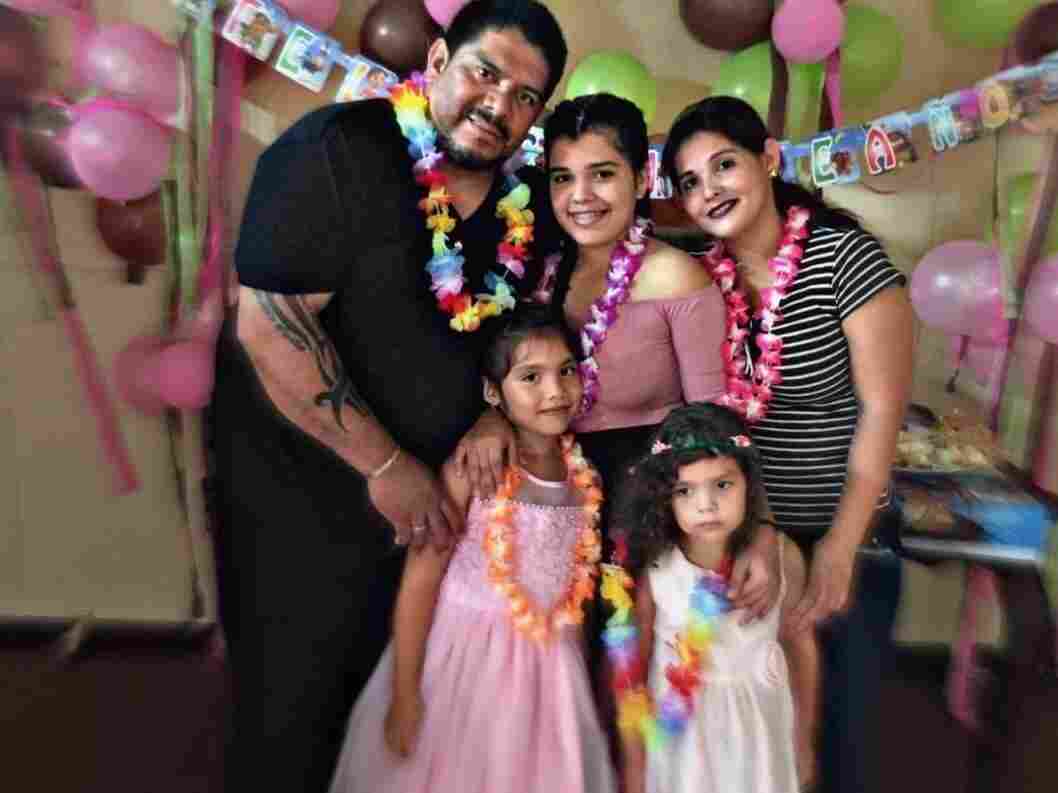 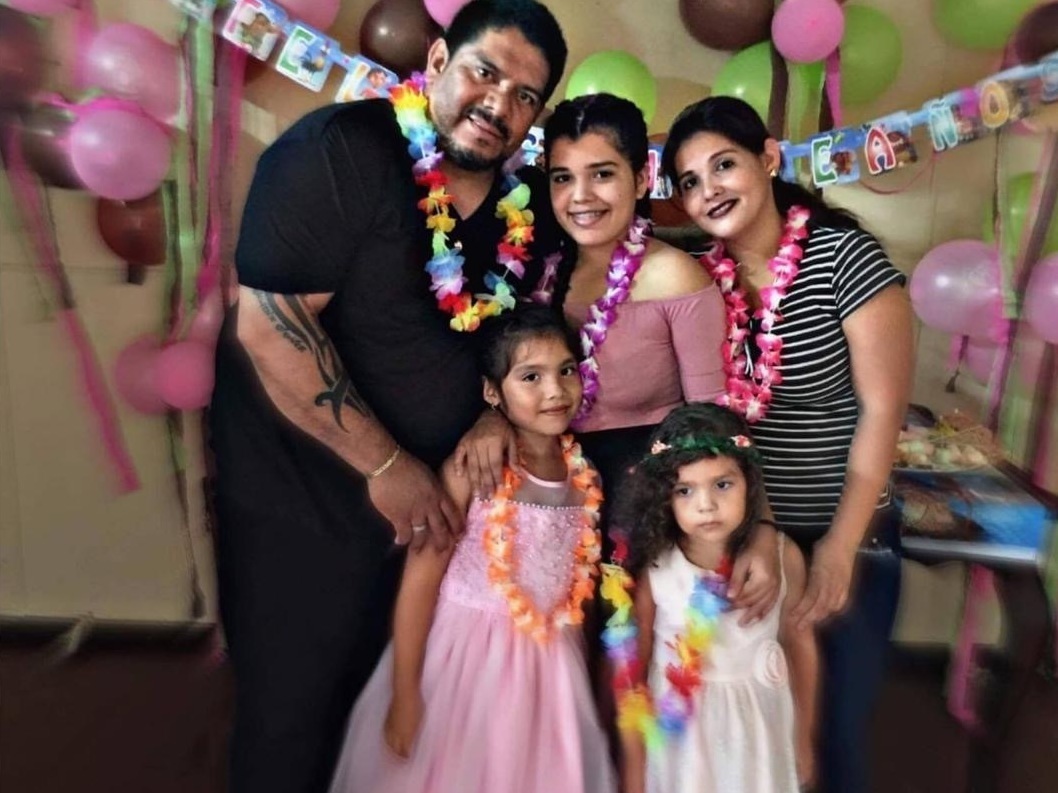 Guillermo Frestan lived in a different country the eight years of his relationship with the love of his life, Ana Maria Castro Ortez. Frestan resided in the Bronx and Castro Ortez in Jinotepe, a small city in southwest Nicaragua, where she was raising their three daughters.

He was 51; she's 30. They had dreamed of reuniting the family in the Bronx, perhaps as early as this December.

"It was very difficult to do, he was so far away. We always wanted to be together. But he came here, and we visited him," Castro Ortez said in a phone interview in Spanish. "We were planning. He was going to retire next year."

Frestan, known as "Willy," immigrated to the Bronx from Nicaragua in his 20s after fighting for the Sandinistas. He became a U.S. citizen and was a husky, kindhearted union foreman with Local 731. He worked mostly construction and maintenance jobs on the city's bridges, and had just passed his 25th work anniversary, the union said.

Ricardo Nuñez, a best friend and co-worker since the 1990s, said Frestan would regale him with harrowing tales of his time in the war.

"He used to eat off the land, go weeks without eating regular food," Nuñez said. "That army mentality, you know what I mean? He would put on a show — but he was a big teddy bear."

There was another thing Frestan always talked about, Nuñez said: Castro Ortez and the girls.

"That's the love of his life. Her and his daughters. That was Willy's life," he said. "Nothing else mattered to him."

Frestan met Castro Ortez in 2012 on one of his visits back to his home country. She said they fell in love quickly. She even took in his eldest daughter with another woman as her own; the couple had two more daughters together and were married in 2016.

They were working on immigration paperwork to be able to move into Frestan's apartment on Boston Road later this year. But those dreams were cut short.

On March 28, Frestan died alone in his apartment — about four weeks after the first coronavirus case was confirmed in New York City, two weeks after the first death, and about a week after Gov. Andrew Cuomo put the state on pause. He was one of more than 1,400 New Yorkers who had died at home over the course of the outbreak by April 24.

At least 81 New Yorkers have died since early March in the Bronx ZIP code where Frestan lived, according to Fire Department data obtained by WNYC/Gothamist — up from 18 in the same six-week period last year. It's the fourth-highest number of at-home deaths in the city.

Most of these people were never tested for the coronavirus, and were not included in the official count until Gothamist/WNYC reported on them. Now the city is tallying probable cases of COVID-19, along with cases confirmed by a laboratory.

The death toll from the virus was more than 18,000 in New York City as of May 1, according to data compiled by Johns Hopkins University.

Castro Ortez said she and Frestan relied on video chats to make their long-distance marriage work. Frestan called her on the train and the bus, when he was waiting for his colleagues to show up to the job site and then during his breaks.

When Frestan got sick, they were video-chatting, too. On March 23, just as COVID-19 cases were starting to spike in the city, Frestan showed up for work at the George Washington Bridge with a dry cough. His supervisor sent him home.

Castro Ortez said she had heard about the virus spreading around the city, and she worried about his travels on public transit. She suggested he go see a doctor, but Frestan shrugged it off. He was in good health except for his asthma. He had health insurance but rarely used it.

So Castro Ortez tried to care for him by cellphone video from 3,000 miles away. Frestan's fever was rising. She encouraged him to drink tea, bathe, take naps and eat whatever he could. But he looked pale and was sweating, and he had uncontrollable coughing fits. One morning while they were on a video call, she watched him get up to go to the bathroom, then collapse on the floor.

She told him to lie down and rest. Another day went by, and Frestan told her he felt better, but Castro Ortez wanted him to stay hydrated and eat something. So he tried to eat an apple.

"It took him an hour to eat it because his throat hurt," she said.

His friend Nuñez said he talked to Frestan during this period, and Frestan never mentioned he was sick.

Castro Ortez wanted to call some of his friends to go check on him, but he kept reassuring her he'd be fine. By then it was Friday night, three days after Frestan went home from work.

"I told him, 'Good night, my love. Rest, so you feel better in the morning,' without knowing what was going to happen," she said. "And we slept."

They left the video call running that night, but at some point the call went out. As soon as Castro Ortez woke up, she tried calling. But Frestan didn't answer. She said she called every half-hour throughout the morning.

At noon, she got in touch with Frestan's oldest son from an earlier relationship, to see if he could go check on him. He knocked but couldn't get in, and the police had to break down the door.

"They found him in his bed, already gone," she said. "The day they gave the news, I thought that it was a joke, that it was a lie."

When reality set in, all she wanted to do was be there, travel to New York City right away. But she couldn't. With the virus spreading around the globe, travel wasn't an option.

"Not a day goes by that I don't want to be there," she said. "Not to see him, how they found him, to not know what was going on, not to have news of him — it's been days of anxiety, powerlessness and pain."

Castro Ortez is Catholic. She's used to mourning loved ones with two days of prayer beside the body and burial on the third day. Family members wanted to bring Frestan's body back to Nicaragua, but they were told they couldn't for fear of spreading the virus.

The New York State Funeral Directors Association confirmed that many countries won't accept human remains without a letter verifying that the person is not infectious, and those letters are hard to come by. Some airlines have stopped shipping human remains.

Nearly a month later, Castro Ortez was still waiting for her husband's ashes to arrive back home.

This story was originally published in The Gothamist.