Accessibility links
Joe Biden Responds For First Time To Tara Reade Accusations For the first time, the presumptive Democratic presidential nominee has personally responded to an allegation of sexual assault from a former Senate staffer. 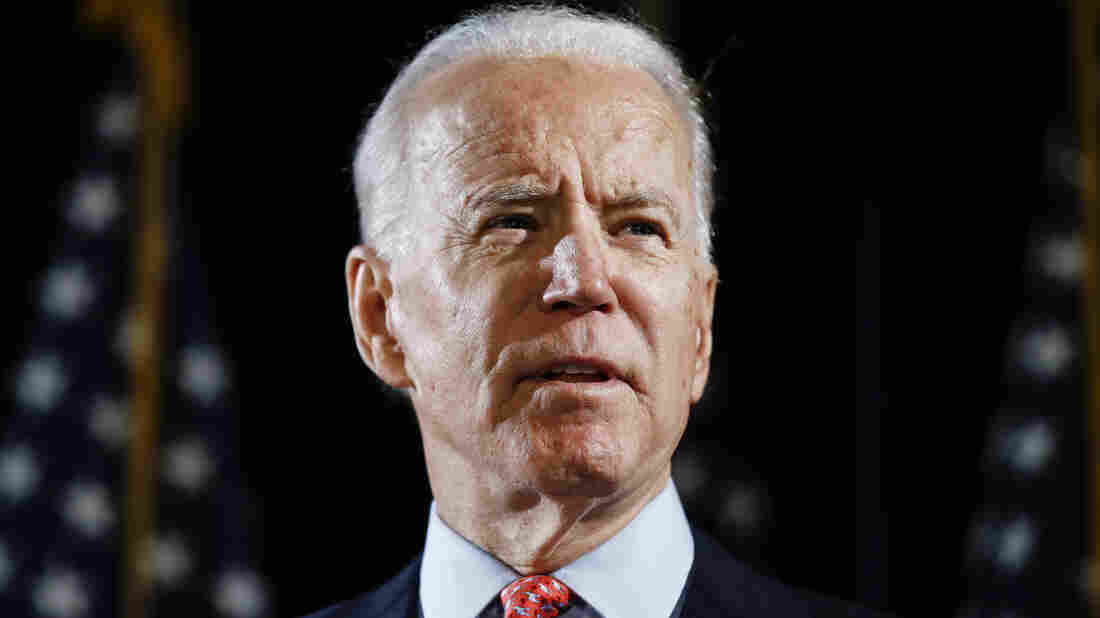 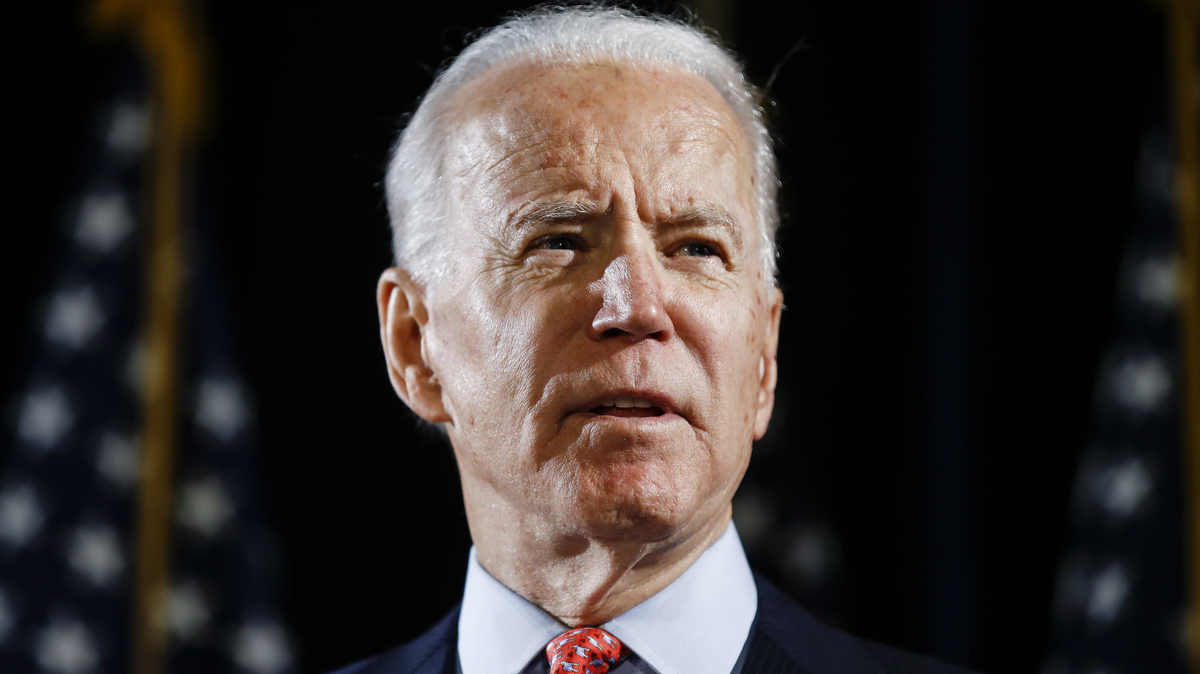 More than a month after being publicly accused of sexual assault by a former Senate staffer in the 1990s, former Vice President Joe Biden says the allegations "aren't true. This never happened."

The presumptive Democratic presidential nominee has also called on Senate records to be released of a sexual harassment complaint former Senate staffer Tara Reade says she filed, though she says it did not detail an assault and does not have a copy herself. Biden said he wouldn't call on the University of Delaware to search for Reade's alleged complaint in his official senatorial records, kept at the university under seal, saying those files do not contain personnel records.

Biden released a statement Friday morning shortly before a live television interview with MSNBC. The statement and interview were the candidate's first direct response to the allegations by Reade.

In the statement, Biden seeks to walk the line between respecting and listening to the sexual assault allegations — a hallmark of most Democrats' response to the #MeToo movement — and defending himself.

"While the details of these allegations of sexual harassment and sexual assault are complicated, two things are not complicated," Biden said in the statement. "One is that women deserve to be treated with dignity and respect, and when they step forward they should be heard, not silenced. The second is that their stories should be subject to appropriate inquiry and scrutiny. Responsible news organizations should examine and evaluate the full and growing record of inconsistencies in her story, which has changed repeatedly in both small and big ways."

Reade says that Biden assaulted her in the spring of 1993, when she worked as a staff assistant in his Senate office. Reade could not remember the exact location or date of the alleged assault but said it happened when a supervisor asked her to deliver a duffel bag to Biden on Capitol Hill.

When she met up with the then-senator in a hallway, Reade told NPR, he pinned her up against a wall and penetrated her vagina with his fingers. "His hands went underneath my clothing and he was touching me in my private areas and without my consent," Reade said.

Reade first made the accusation on a podcast in March, and it has since been reported by several other news outlets, including NPR.

At the time, Reade says she told her brother, her late mother and a friend. Reade's friend told NPR that she heard the same specific details of the alleged assault at the time, but declined to be identified. Her brother, Collin Moulton, told NPR that Reade had said Biden put his hands "under her clothes." 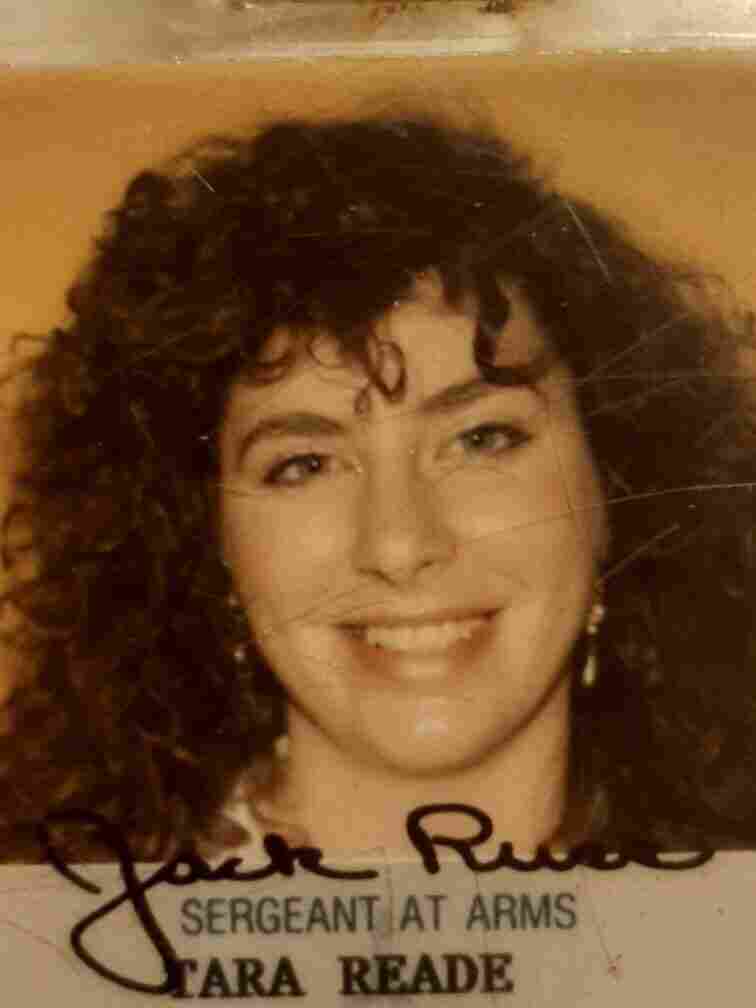 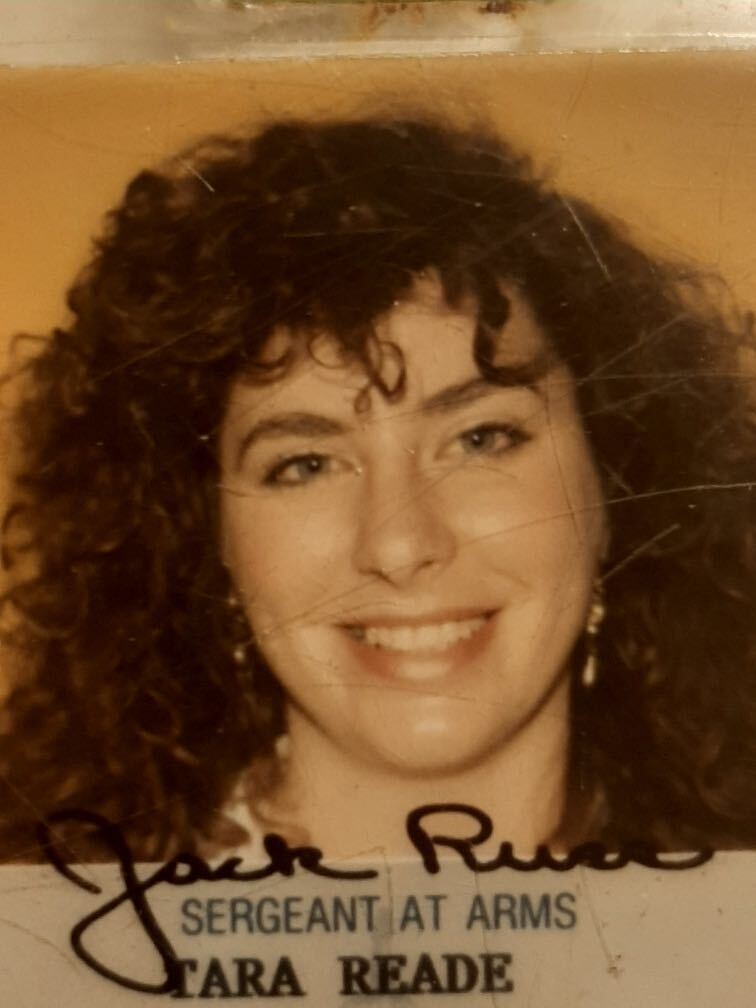 Earlier this week, a former neighbor of Reade named Lynda LaCasse told NPR that Reade told her about the alleged assault approximately 25 years ago. "I do remember her telling me that Joe Biden had put her up against a wall and had put his hands up her skirt and had put his fingers inside her," LaCasse told NPR, recalling a conversation she says took place two to three years after the alleged incident.

Reade says she never told anyone in Biden's office about the assault, though she says she did complain about harassment. Multiple people who worked in Biden's office at the time told NPR that they did not remember those complaints and denied Reade's recollections about a hostile office environment.

Reade says she also filed a formal written complaint about harassment to a Senate personnel office but did not receive any follow-up. She did not have a copy of the complaint and said she could not recall the name of the office where she had filed paperwork.

In his statement Friday morning, Biden says any record of that complaint would be housed in the National Archives.

"I am requesting that the Secretary of the Senate ask the Archives to identify any record of the complaint she alleges she filed and make available to the press any such document. If there was ever any such complaint, the record will be there," Biden said.

Asked on MSNBC whether Biden would also be willing to ask the Archives to release any complaint about harassment from Reade or any other Senate staffer, Biden indicated he would. "To the best of my knowledge, there have been no complaints against me," Biden said. "There's nothing for me to hide. Nothing at all."

But on Friday, the National Archives said in a statement to NPR, "Any records of Senate personnel complaints from 1993 would have remained under the control of the Senate. Accordingly, inquiries related to these records should be directed to the Senate."

Later on Friday, Biden released a letter to Secretary of the Senate Julie Adams, asking her office to take "whatever steps are necessary to establish the location of the records," adding, "I would ask that the public release include not only a complaint if one exists, but any and all other documents in the records that relate to the allegation."

But pressed repeatedly by host Brzezinski on whether he would also authorize the University of Delaware to search its extensive archives of Biden's Senate papers for any mention of Reade, Biden declined, saying the school's collection does not include personnel files.

"They're not there," Biden said, saying the papers should be kept private until after he's no longer seeking or in public office, as they could reveal "confidential conversations," including with heads of state.

The agreement with the university has been that the records would be made public two years after Biden retires from office. That sort of delayed release is standard protocol for records of public officeholders.

"I'm accountable to the American people"

Reade's story has evolved from last year, when she came forward to accuse Biden of inappropriate touching, joining other women coming forward with such complaints as Biden prepared to launch his campaign. Several of them, though, said the behavior was not sexual in nature. Reade's allegation is the first public allegation of sexual assault made against Biden.

On The Record: A Former Biden Staffer's Sexual Assault Allegation

While the Biden campaign had unequivocally denied Reade's allegation through a statement from deputy campaign manager Kate Bedingfield, Biden himself had not addressed it until now, more than a month after Reade first made the allegation in a public forum.

"As a Presidential candidate, I'm accountable to the American people. We have lived long enough with a President who doesn't think he is accountable to anyone, and takes responsibility for nothing. That's not me. I believe being accountable means having the difficult conversations, even when they are uncomfortable. People need to hear the truth," Biden said in his statement.

In the weeks before he addressed the charge himself, several prominent Democrats had to walk a fine line of defending Biden, while also addressing the rallying cry of the #MeToo Movement to "believe women" who come forward with serious allegations against prominent men.

"Here's the thing: I have complete respect for the whole #MeToo Movement. I have four daughters, one son, and there is a lot of excitement around the idea that women will be heard and be listened to," House Speaker Nancy Pelosi, D-Calif., said Thursday when asked about the allegation. "There is also due process. And the fact that Joe Biden is Joe Biden – there have been statements from his campaign, or not his campaign but his former employees who ran his offices and the rest, that there was never any record of this. There was never any record and that nobody ever came forward, or that nobody ever came forward to say something about it apart from the principal involved."

President Trump, who has been accused by numerous women of various instances of sexual assault and harassment, weighed in on the allegation for the first time on Thursday. "I think he should respond. It could be false accusations. I know all about false accusations, I've been falsely charged numerous times," Trump told reporters at the White House.