Accessibility links
Business Owners See Uncertainty About Reopening As some states move to reopen their economies, business owners remain uncertain what conditions will be like a few months from now and when customers will be willing to spend again. 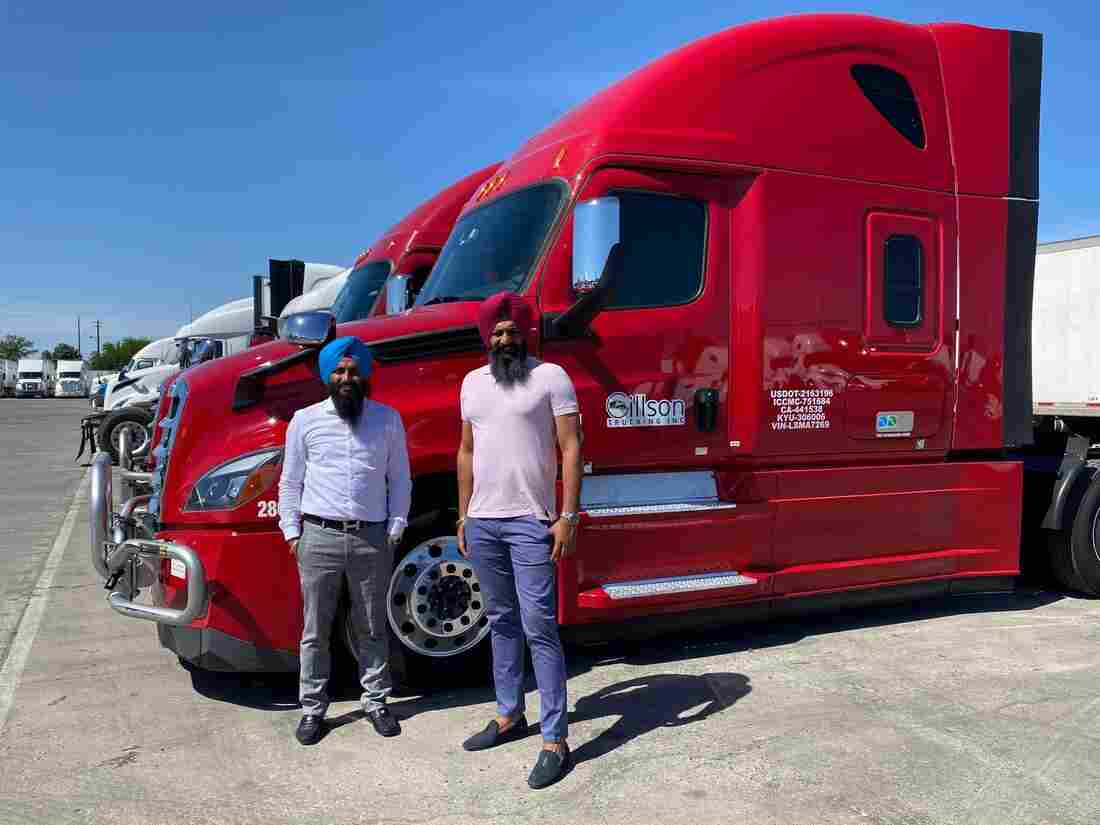 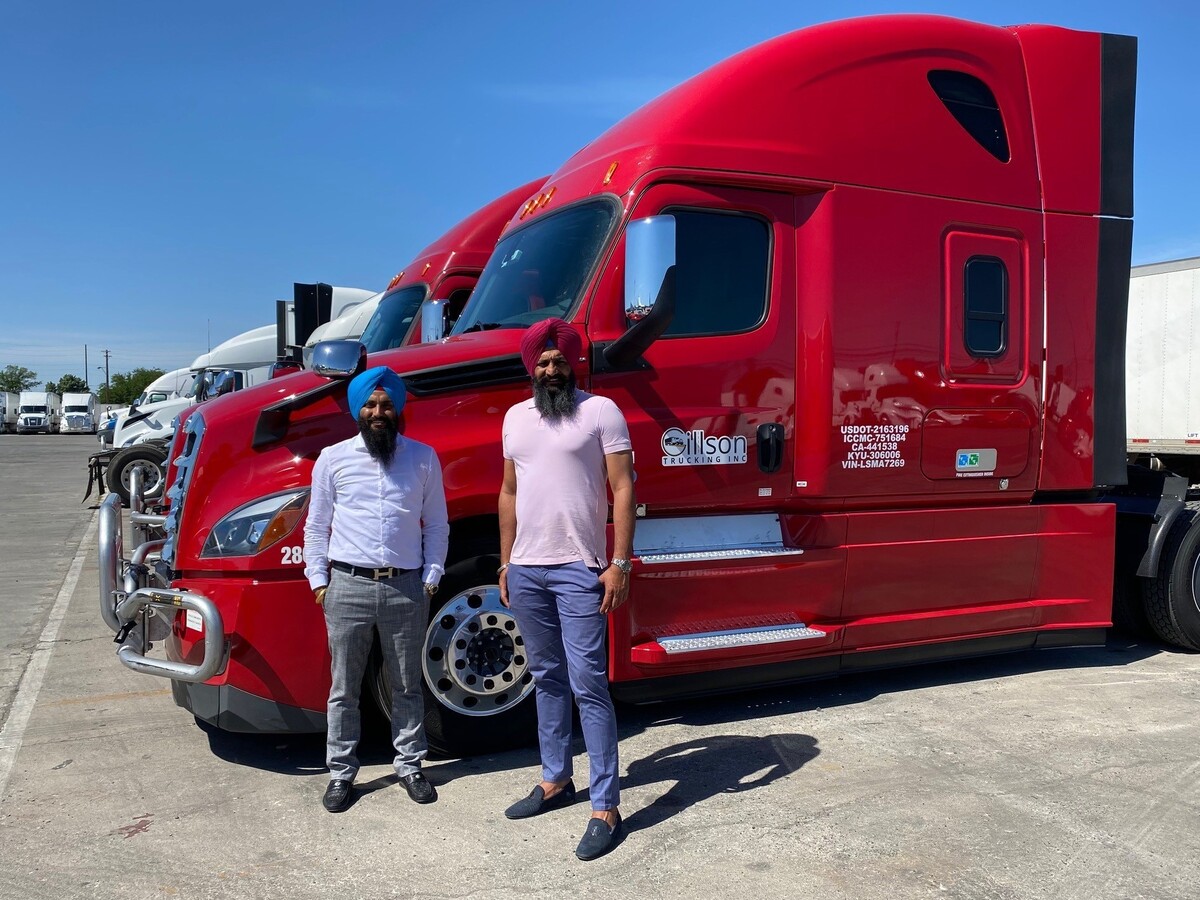 Gillson Trucking co-owner Harsimran Singh (right), seen with his partner Bikramjit Singh, says his trucks that haul produce are mostly idle because restaurants have shut down.

Normally, spring is the time when Gillson Trucking's fleet of 150 trucks are at their busiest, transporting strawberries and lettuce from the farms of California's Central Valley to restaurants in the Northeast and Midwest.

But with most of the country's restaurants shut down indefinitely, the trucks are mostly sitting idle right now.

"The produce is available, but because of these restaurant chains has been closed down there are no buyers," says the Stockton, Calif., company's co-owner, Harsimran Singh.

'It's Just ... Empty': This Truck Driver Has Little To Haul

If business doesn't return to normal in the next month or so, he says the trucking company will have to shut down.

Texas, Florida, Alabama and other states are taking steps to phase out their stay-at-home orders, anxious to restart their economies after weeks of lockdowns and layoffs because of the coronavirus pandemic.

Business owners interviewed by NPR say they'd like nothing more than to see life return to normal, but they remain uncertain what conditions will be like a few months from now and when customers will be willing to spend again.

Many businesses have been forced to shut their doors altogether and furlough employees, but even those still operating face an uncertain future.

A Staggering Toll: 30 Million Have Filed For Unemployment

Among them is Enlightened, a technology consulting firm based in Washington, D.C., that has contracts with various state and federal agencies.

One contract has been put on hold and the firm had to furlough 35 of its 250 employees. They've since been rehired after the company received a loan through the federal government's Paycheck Protection Program, but the firm is no longer bringing in revenue, says CEO Antwanye Ford.

Government contracts tend to dry up when times are bad, and Enlightened officials regularly talk via Zoom, looking for ways to shore up business over the next few months.

"We meet to see how the project's going. What are we hearing from our customers? Do we see any future layoffs? What's the impact of [COVID-19] on them?" Ford asks.

Getting Back To Business

Ford has already made a big concession to the virus: Though he prefers his employees to work in the office to foster a spirit of collaboration, he's agreed to let most of them work remotely.

"People don't feel safe. Some of our staff is concerned about reopening the business, and 'What does it mean for me to come into an environment where I'm around other people?' " Ford says.

When the lockdowns began in mid-March, Winthrop contacted the company's suppliers to tell them American Giant was putting future purchases on hold, in order to preserve cash until economic conditions became clearer, he says. Some of those same suppliers face financing questions of their own, he notes.

"It almost makes me get emotional about it. But to a one they all said, 'Listen, we're here and we get it. And we're going to work with you on this and let us know what you need,' " Winthrop says.

The company was pressed into service by the Trump administration to make face masks at its factories. But with the holidays approaching, American Giant needs to get back to making clothes no later than July.

Yet with so many people out of work, it's tough to know what business will even look like in six months, Winthrop says.

"What worries me obviously is that people haven't really fully yet digested how bad this is going to be for the economy," he says. "And if wallets start to really close up, it's just a different scenario."