Accessibility links
'Upload' Review: Inventive New Comedy Explores (Virtual) Life After Death Set in 2033, Amazon's new sci-fi series follows a dead character who has been brought back to "life" as a lookalike avatar in a virtual world. Upload is smart, funny — and imaginatively complicated. 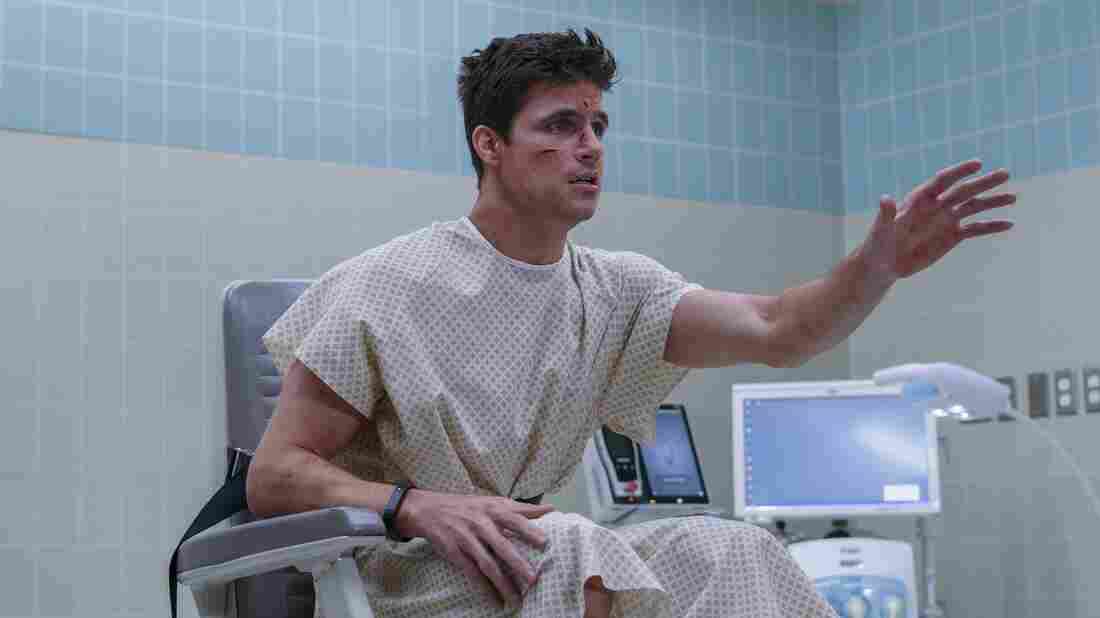 In the Amazon Prime series Upload, Nathan Brown (Robbie Amell) has died in a freak accident and his wealthy girlfriend has paid to have his memories and personality uploaded into a lookalike avatar. Aaron Epstein /Amazon Prime Video hide caption 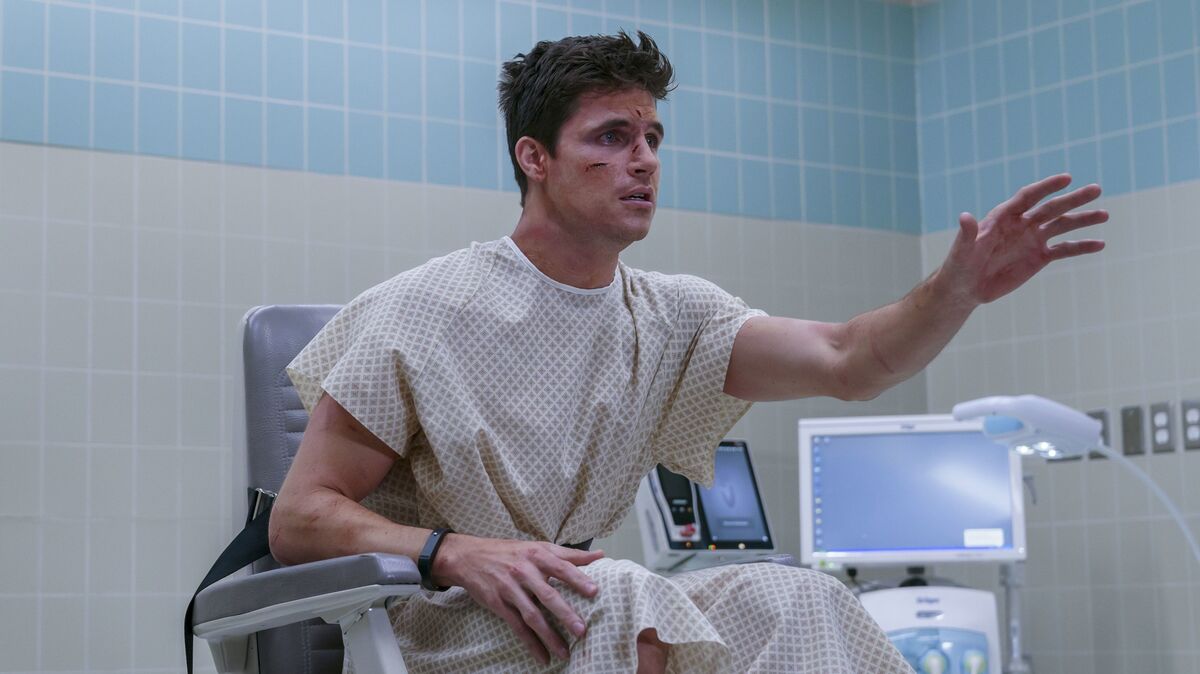 In the Amazon Prime series Upload, Nathan Brown (Robbie Amell) has died in a freak accident and his wealthy girlfriend has paid to have his memories and personality uploaded into a lookalike avatar.

We hardly get to know the lead character of new sci-fi comedy Upload — and the world of the near future in which he lives — before he stops living.

When Nathan Brown (Robbie Amell) dies in a freak accident involving his self-driving car, his wealthy girlfriend puts up the money to have his memories and personality uploaded into a lookalike avatar. Nathan's avatar resides in what now passes for his eternal after-life. It's a world made by a giant corporation — one of several competing to offer people an alternative to dying in the natural way, and dealing with whatever does or doesn't come next.

One of the many brilliant concepts in Upload is that series creator Greg Daniels envisions his imaginary world as a place where this transition from "bio" to "upload" is predominantly a financial transaction. The more you can afford, the better your computerized afterlife. Because his girlfriend's family literally owns the place, Nathan gets to live with the one-percenters — whether he wants to or not.

Upload explores both the computer-generated Lake View and the "real" world of 2033, which is when the series begins (and when Nathan dies). In both places, the details — comic and otherwise — are crammed into each frame like panels from a drawing in Mad Magazine. The closer you look, the more you'll find.

In the "real" world, one character has a "vintage" political poster on her wall supporting the 2024 political ticket of "Oprah and Kamala." In the afterlife of the avatars, residents can twist a dial to adjust the seasons of the gorgeous view outside their window — kind of like changing the background on a Zoom meeting. Breakfast buffets are loaded with endless treats — but, like most of the things in these for-profit virtual realities, you have to pay extra to get what you want.

In Nathan's case, his girlfriend Ingrid (Allegra Edwards) controls his budget, and decides, as each purchase request comes to her account, whether or not to indulge him. There even are ways for the virtual and real worlds to interact. Nathan is guided by Nora (Andy Allo), a client support technician back in the real world. Nora serves as his personal Siri or Alexa, and is able to visit his world as her own temporary avatar.

And Ingrid and Nathan can see each other by visual computer links, watching and talking on monitors. That's an accidental, extra-creepy touch; watching them reach out to each other, trying to connect only through TV screens, suddenly feels much too familiar.

But this new TV comedy without a laugh track does more than just create inventive new worlds. Like The Good Place, it's full of thoughtful questions and challenging ideas — even about the meaning of life itself and of death itself. Upload also holds up to comparisons with episodes of Black Mirror, covering the worlds within worlds of avatars and computerized identity. And to similar themes in Westworld, and the movie Her.

And very quickly, Upload reveals itself to have even more layers. It's a love story, with Nathan and Nora extremely attracted to one another, but fighting seemingly insurmountable obstacles. And before long, Nathan begins to suspect that the freak accident that killed him was no accident at all. That turns this sitcom into a mystery series, as Nathan and others set out to solve his own murder.

I love Upload because it's so smart, so funny and so imaginatively complicated. It may sound like a paradox, but watching a TV show right now about a character who feels confined and helpless and trapped – in these troubled days when many of us share those same feelings – turns out to be a wonderful way to escape.