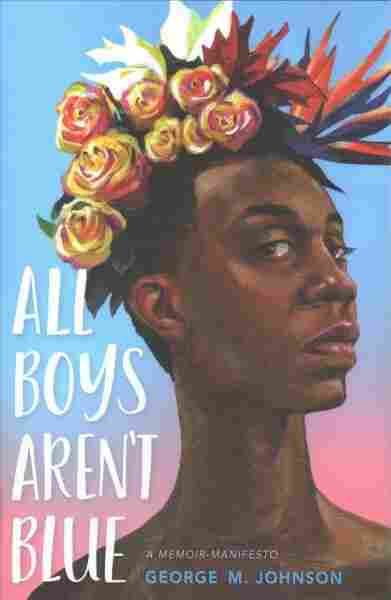 Journalist and activist George M. Johnson's new memoir is an unvarnished look at growing up black and queer in New Jersey and later Virginia. Johnson draws readers into his own experiences with clear, confiding essays — from childhood encounters with bullies to sexual experiences good and bad, to finding unexpected brotherhood in a college fraternity, all of it grounded in the love and support of his family.

It's aimed at a young adult audience — but it's a book many readers may wish they'd had access to growing up. In an email interview, Johnson tells me he was inspired by Toni Morrison's famous saying, "If there's a book you want to read, but it hasn't been written yet, then you must write it," which he has tattooed on his right arm.

"I look at it often to remind myself of why I am writing these stories and the importance of centering black stories from the black perspective," Johnson says. "I didn't have stories like these growing up and honestly I don't have many now so I knew I needed to do my part to make sure the next generation of black queer children had something they could relate to and connect with. There are days I look at TV and film and still don't see myself represented. So, my ultimate goal was providing the story I didn't have but always needed and to be the vessel so that so many can feel seen and heard.

You write very poignantly about the concept of the mask — can you talk about that? 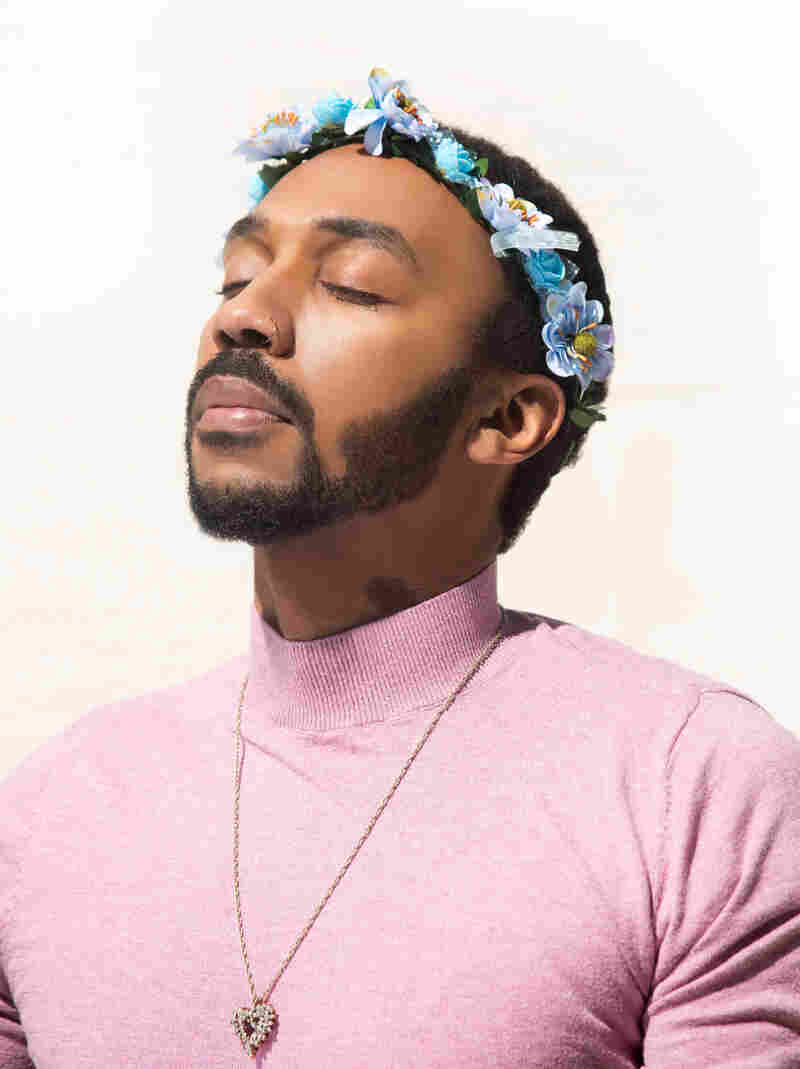 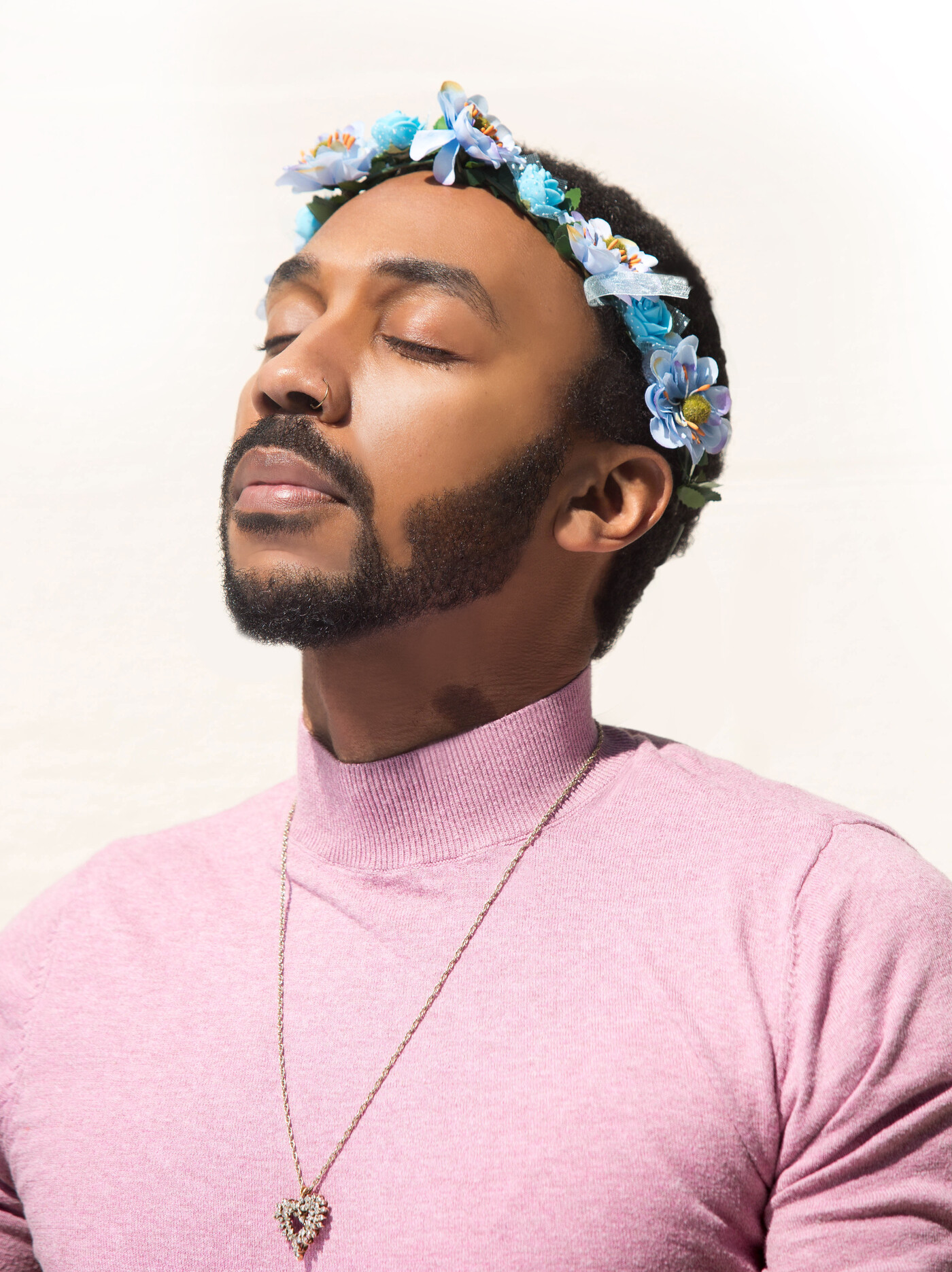 Black folks have always had to wear the mask. Many call it "code switching" but it's the inability to be our truest selves when we are in certain environments that are dictated by society norms, whiteness and principles of respectability politics. When you are someone who lives with multiple identifiers such as black and queer and etc., you don't always have the luxury to show up as all of them in certain spaces. For me, I wore the mask. Faking my happiness publicly while crying privately. Faking my existence while always truly just wanting to live in my truth. The mask is for safety, emotional, physical, mental, etc. and as black folks the mask has often been our only way to survive an anti-black world.

What I found surprising was that this book read kind of like a textbook in places — a textbook for the human sexuality class I wish I'd had as a kid. Was that your intention?

Absolutely. If we aren't going to teach about heterosexual sex in the classrooms with some nuance, then queer people don't stand a chance at learning themselves. We have to take it upon ourselves to create that information elsewhere. So as important as it was for me to be very detailed about my sexual experiences from childhood to young adulthood, I knew some parts needed to be a road map. I can't let another generation continue to be shamed and placed at risk for potential harm simply because a society refuses to teach one of the most basic understandings that humans are sexual beings. The notion that keeping vital information from people who will then learn through trial and error is a disservice to young adults everywhere. If knowledge is power, then give them the damn information. And if folks won't do it, then I will.

Following on from that — in the chapters where you talk about sex, you're very up front. You don't spare yourself any blushes. Why was it important to you to write those sequences that way?

If knowledge is power, then give them the damn information. And if folks won't do it, then I will.

I wanted people reading to understand that we are conditioned really poorly around sex, consent, safety and what to do when put in those situations. So I didn't want to sugarcoat my experiences. I wanted people to understand how hard it was for me to go into sex so inexperienced while carrying the trauma of my past. I didn't want those parts to make folks cringe — but I also did, LOL. I wanted people to understand why they were cringing. Why they wouldn't cringe at a straight sexual experience being explained but cringe during mine. This book was as much part educational as it was pushing back on whatever norms forced you to think my sex wasn't valid or shouldn't be talked about in its full truth. And even more, I needed those who I represent to understand my story so that they wouldn't have to make those same risky mistakes and attempts that I did.

Your family is such an important and positive part of your story — have they read your book? What have they said to you?

Some of my family have read it. The great thing about my family is they have always told me that my story is my story and to tell it. Of course I had conversations with them about some of the graphic parts of the book and the parts that I know I had never told them to prepare them but those who have read it are very proud and happy about how I captured our family. We have a family group chat that has been so happy with the book and how it is resonating with so many people.

"Blue" means a lot of things in All Boys Aren't Blue -- can you lay them out for me?

So "blue" refers to four things. The first is the push back against the gendering of colors. Blue is boy and pink is girl are so outdated. Boys should be whatever color they want and girls should be too, as well as non-binary folks. I'm sure if my parents did a gender reveal in 1985, I would've been blue balloons or smoke or whatever. Clearly I'm not a boy that was blue, LOL. The second reference is to my dad being a cop, which is often referred to as "blue." So we grew up in a "blue" household, which shaped some of the way that we were raised. The third blue is a reference to the character Blue in Queen Sugar. He was a young boy that played with dolls and it was fine until he started getting older, and then the same women and men and figures in his life that protected his childhood innocence then started to question if he was going to possibly be gay because of his need to have this doll and it reminded me so much of me. The fourth and final reference is to the movie Moonlight, which changed the way I think about so many things and the beauty of black boys looking blue in moonlight.

What do you want readers to take away from this book?