Accessibility links
Jerry Seinfeld On Staying Home: 'At My Dinner Table, You're Supposed To Be Funny' The comedian says he's doing well under quarantine. He talked with NPR about comedy during a pandemic and his new Netflix standup special, 23 Hours to Kill. "Humor is an essential survival quantity." 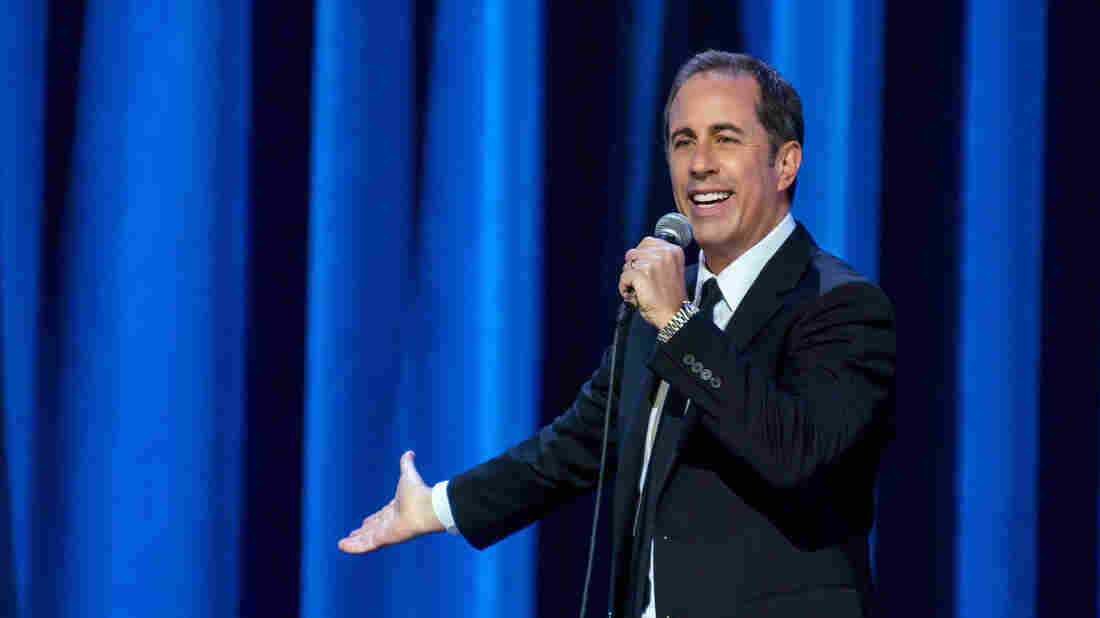 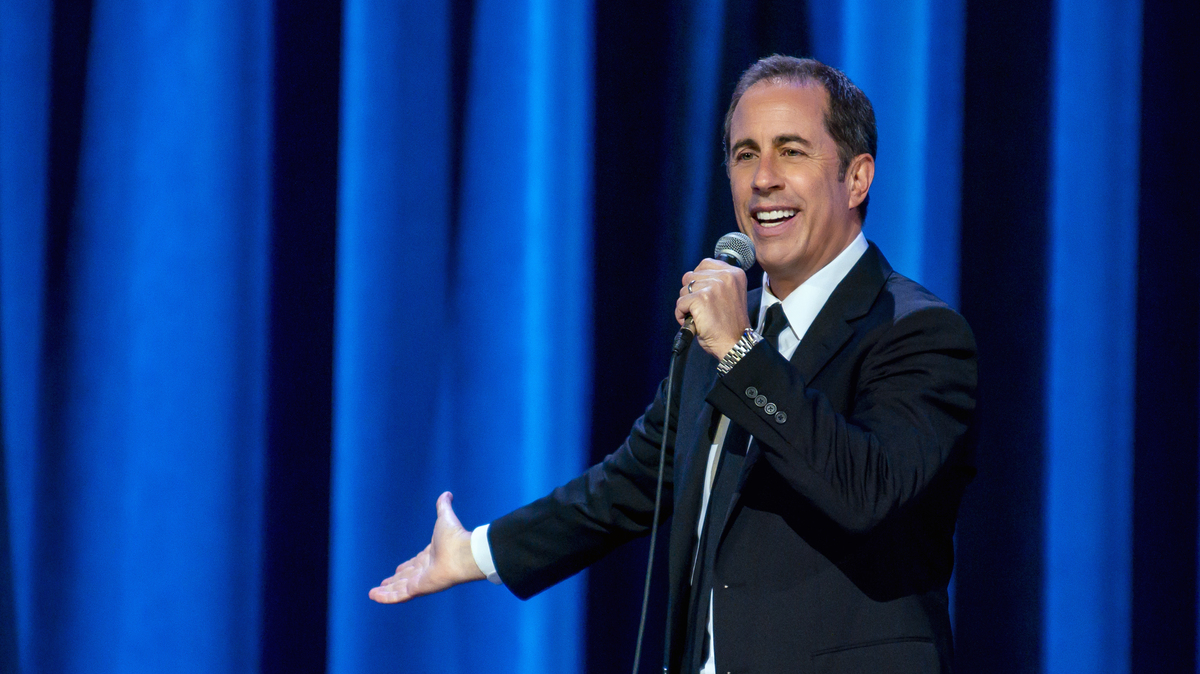 Jerry Seinfeld pictured in his Netflix special, 23 Hours to Kill. He says he's "adjusted pretty comfortably" to life at home.

"I think there's something to be said for not socializing," he tells Weekend Edition. "It's kind of a rest for your face and your fake emotions and your repeating the same stories."

He jokes in the special: "I could be anywhere in the world right now. Now you be honest. If you were me, would you be up here hacking out another one of these?"

Talking to NPR, Seinfeld says he actually loves hacking out standup bits. It's just a joke.

"That joke is about your perception of me," he says. "Your perception of me is: If I was him, I wouldn't bother doing this. But of course, in my real life, I couldn't live without doing standup. So I love it because it's, I think, the purest connection of comedy you can have with an audience."

The new special was recorded at the Beacon Theatre in New York City, which has been temporarily closed along with practically every other place to see live standup in the country. All of Seinfeld's upcoming tour dates are either already canceled or uncertain.

His primary audience now is, of course, his family.

He says his children do find him funny. "But if I'm not, which occasionally, of course, humor is a very hit and miss business, as we know. And when I'm not, believe me, they will take me out at the knees. They will. They'll look at me and just go, 'That's it? That's all you got?' "

It goes both ways though, for Seinfeld and his kids. Complaining is only allowed if it's entertaining.

"Kvetching is only of value if you can do it in an amusing way," he says. "My son just came in a minute ago and he says, 'I can't study. The wind is howling.' I said, 'We can't say things like that.' " If you're going to complain — my whole act is, of course, constant complaining — but you have to find something amusing in that complaint. Otherwise, keep your mouth shut.

"I'm very hard on my family as far as being entertaining. You know, at my dinner table, you're supposed to be funny."

What does Seinfeld think of joking during a global pandemic? Are these times discouraging or good times to try to be funny?

"Humor is of the greatest value in times like these," he says. "Humor is an essential survival quantity, I think, of human life. I mean, I've been seeing some stuff about these nurses and medical professionals and these horrible units where they're losing people so regularly. And I heard this one nurse say, she said, 'You cry for a while and then you tell jokes.' And that seems like the most human you can be."

NPR's Sophia Alvarez Boyd and Kitty Eisele produced and edited the audio version of this interview.