Accessibility links
In 'F*ck No!', Sarah Knight Suggests You Do Less And Live More Knight has written a series of books about "mental decluttering" — her latest is called F*ck No! "Most people will take no for an answer much more easily than you think they will," she says. 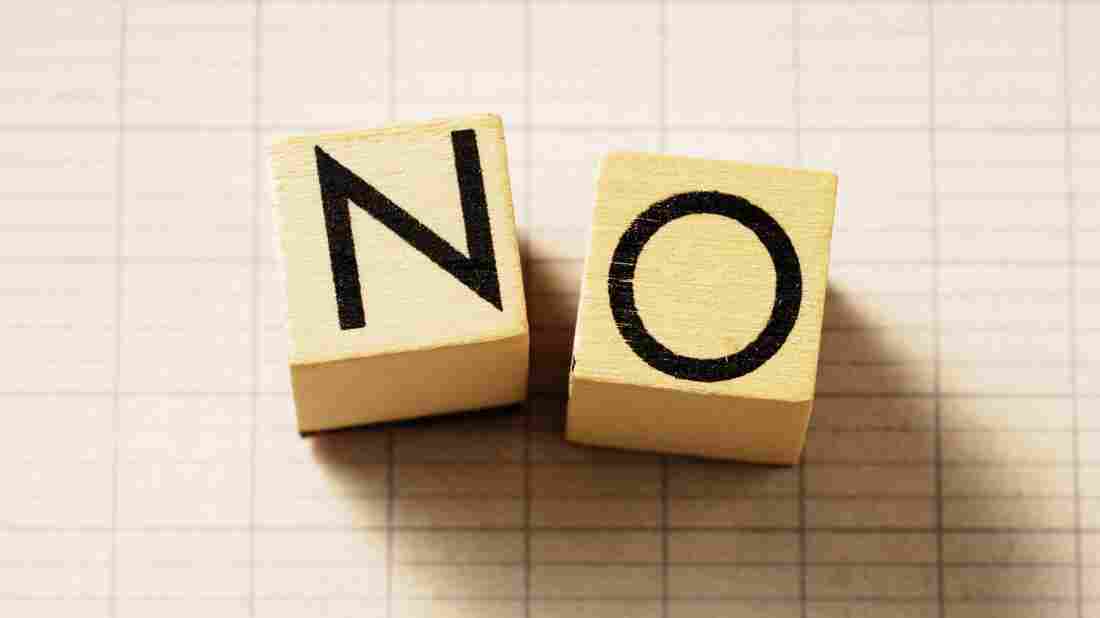 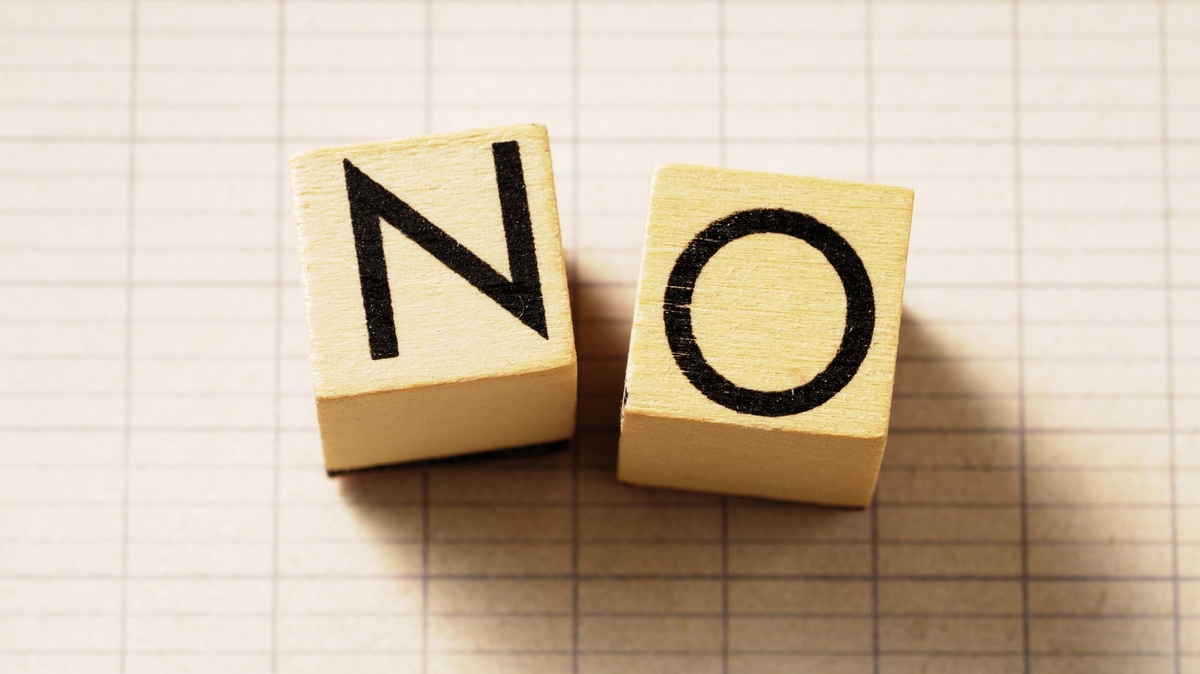 Sarah Knight has built a career on saying no.

Her latest book, simply titled F*ck No! is a 300+ page book about how to say a single, two-letter, one-syllable word.

It's tongue-in-cheek self-help that offers advice on how to do what Knight calls mental decluttering, in order to pare down life to the essentials.

Now, with social and professional calendars cleared, a lot of people are getting a quarantine crash course in Knight's philosophy. "I'm hopeful that we're all going to come out of this with some better perspective on what's important, what isn't," she says. 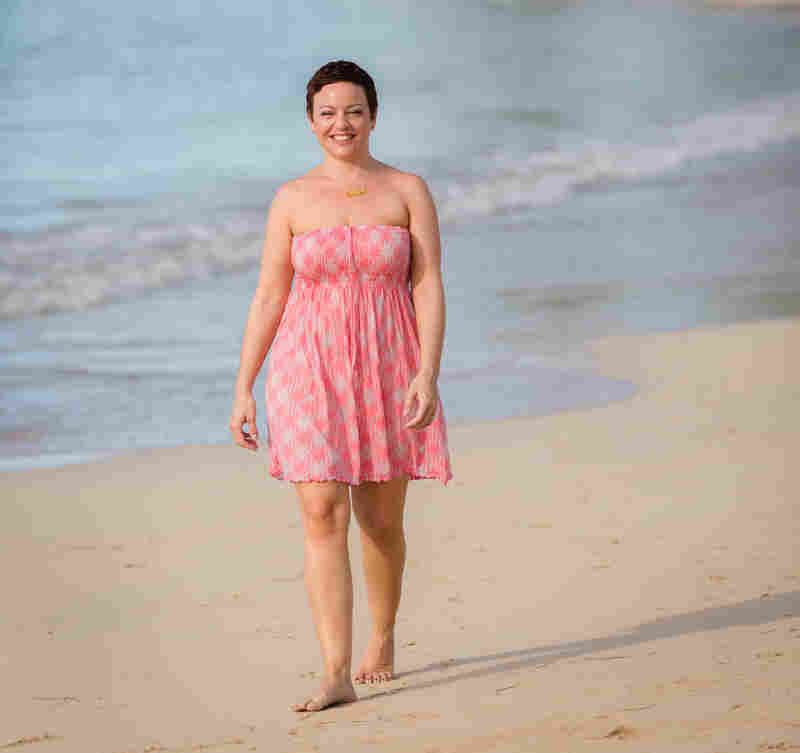 "The books that I write are coming straight from my brain and straight from my heart," says Sarah Knight. She's the author of the "No F*cks Given Guides" — a series of books about mental decluttering. Alfredo Esteban Morales/Sarah Knight hide caption 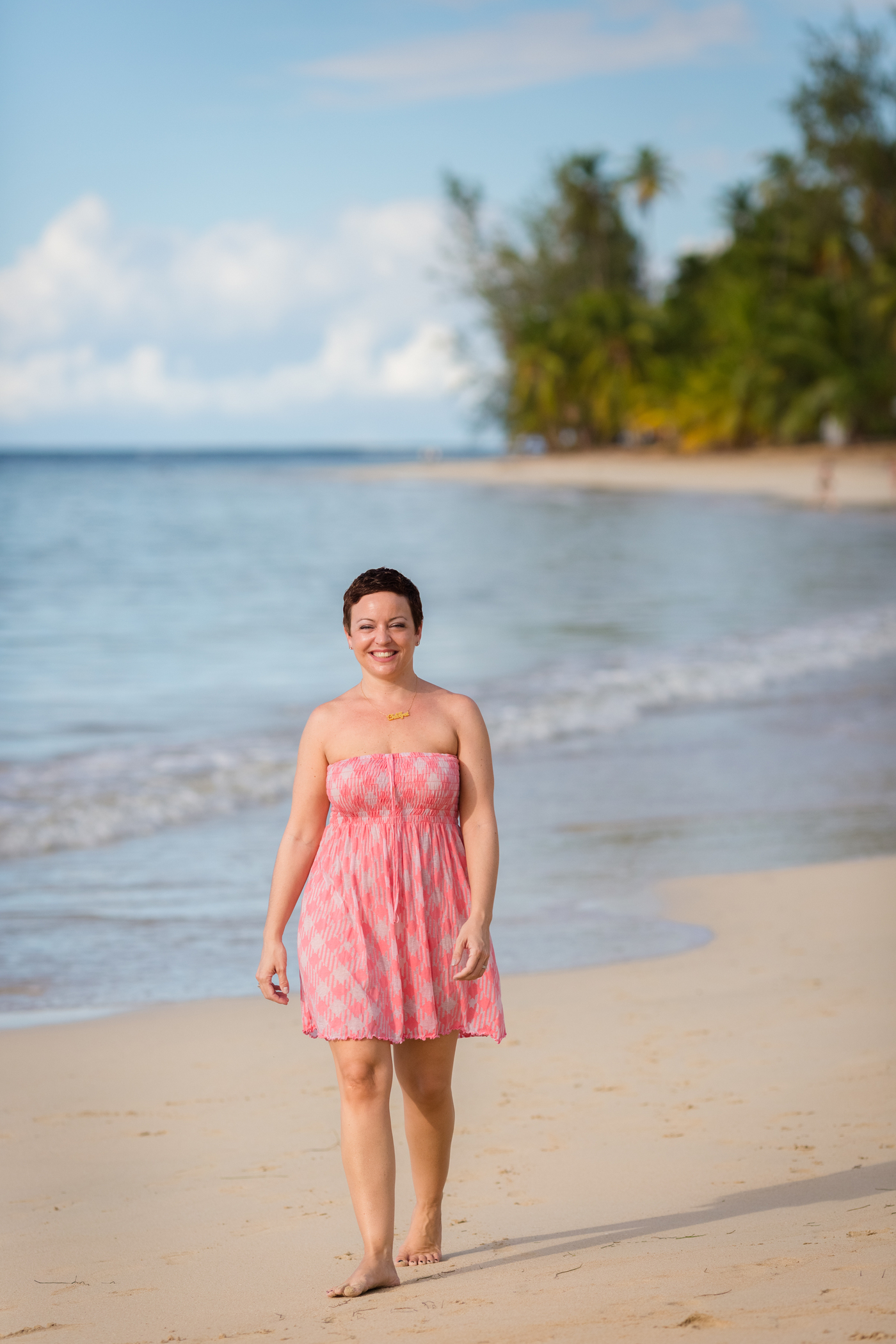 "The books that I write are coming straight from my brain and straight from my heart," says Sarah Knight. She's the author of the "No F*cks Given Guides" — a series of books about mental decluttering.

This time spent at home is an opportunity to clean house, to identify what you don't really want to be doing. The challenge will be not letting those things creep back in "when the world opens up again," Knight says.

Long before social distancing, Knight was already something of an expert. That's because before she was a professional naysayer, Knight was a senior editor at Simon & Schuster in New York City — and she'd achieved a lot of success.

She'd edited Gillian Flynn's Dark Places and The Luckiest Girl Alive by Jessica Knoll, which was the bestselling debut the year it came out. She'd worked on a humor book that was being turned into a Broadway play. A lot of award winners, a lot of bestsellers.

But she was unhappy.

"Every day was a struggle to get up, to get ready, to put on makeup, to put on heels, to get on the subway, to go to work," Knight says. "I started having a lot of panic attacks and some depression and some just real big questioning, existential: What am I doing with my life and can I continue doing it in this place for these people until the end of time? And the answer was no." 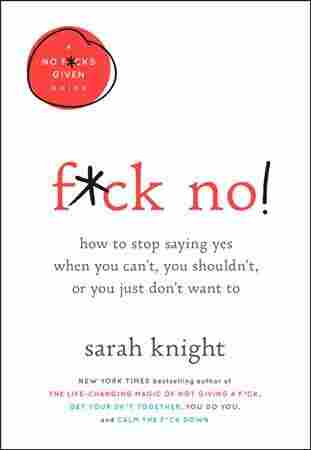 How to Stop Saying Yes When You Can't, You Shouldn't, or You Just Don't Want to

Title
F*ck No!
Subtitle
How to Stop Saying Yes When You Can't, You Shouldn't, or You Just Don't Want to
Author
Sarah Knight

So she saved up for a year, quit her job, sold her apartment and moved to the Dominican Republic. Now she lives in a little fishing village on the island's north coast called Las Terrenas. Unlike other beachside towns in the country, there are few all-inclusive resorts. It's cozy, and isolated.

Knight can — and does — watch the sunset from her favorite rooftop bar. She gets pizza at a restaurant where you can eat with your feet in the sand. She and her husband live about a five-minute walk from the water with her two feral cats, Gladys Knight and Mr. Stussy.

"I wake up when I wake up. I never set an alarm unless I have an appointment ...," she says. "Maybe I sit outside depending on how hot it is, and just kind of wake up and figure out what my day is going to look like. And if I'm working on a book or if I'm working on an article or something like that, I usually get started around noon."

It's a self-help empire that started as a parody. Back when she was clearing out her office at Simon & Schuster, Knight brought home a copy of Marie Kondo's The Life-Changing Magic of Tidying Up.

"I read it and it really resonated," Knight says. "It allowed me to explore this concept of mental decluttering, which is the core that runs through all of my books so far."

And so it became the inspiration for Knight's "No F*cks Given Guides," which includes F*ck No!, Calm the F*ck Down, and Knight's first book, The Life-Changing Magic of Not Giving a F*ck.

"What I think has guided the writing of my books and the way they've resonated with people is just authenticity ...," she says. "The books that I write are coming straight from my brain and straight from my heart. And they are filled with a conflicted attitude about whether or not you should listen to somebody else tell you how to live your life."

Knight describes her mental decluttering as a two-step process: discarding and organizing.

The first thing you have to do is discard those things that don't serve you, the things that annoy you, that do not bring you joy. ... After that, you organize your life around whatever's left.

"The first thing you have to do is discard those things that don't serve you, the things that annoy you, that do not bring you joy," she explains. "You have to be honest with yourself and you have to really sift through it all and go: Why am I doing this? Why am I spending my time, energy and money on these things that I don't want to do, with people I don't like, with time I don't have? And after that, you organize your life around whatever's left."

Knight found that she — and her readers — were not taking the time to think before saying "yes."

F*ck No! offers plenty of tips on how exactly to say no. For example, instead of saying "no, period" you could say "no, but ..."

Imagine the child who asks to go to the zoo every morning. Knight suggests you say: "No, but I'll get you a subscription to National Geographic and you can read it whenever you want."

"Most people will take no for an answer"

Meeting Sarah Knight, you get the sense that she is someone who practices what she preaches. She says no all the time: to working for less money than she feels her time is worth, to letting friends with kids stay at her house (she points them in the direction of a nearby hotel), to going to pub trivia.

"I kept making excuses for years. And then finally I said, 'I just don't like pub trivia,' " Knight says. And the funny thing was: No one cared as much as she thought they would. Her friends were cool with it. Knight didn't have to spend six hours doing something she didn't want to do.

"Most people will take no for an answer much more easily than you think they will," she says.

There's a difference, of course, between saying no to pub trivia, or dinner, and being a bridesmaid in someone's wedding or helping a friend move. Knight stresses that her advice isn't about saying a blanket "no" to everything you don't feel like doing forever and ever.

Feel The Fear — And Read It Anyway: 'Help Me!' Documents A Year Of Self-Help Books

It's about not losing sight of your own needs.

"If you are saying all of these yeses, then you're stretching yourself too thin and ... you're not having fun," she says. "You're not enjoying yourself and you're not being the best version of yourself."

Maybe it's the perspective she's gained as she's gotten older, but Knight says she's really starting to value the time she has left.

"I really would like to make sure that people understand this is not about just saying 'F*** off, I don't care. I'm opting out of life.' It's really about opting in."