Accessibility links
North And South Korean Forces Briefly Trade Gunfire Along Border South Korean soldiers fired back after bullets struck a guard post in the demilitarized zone Sunday morning, according to the Yonhap News Agency. It's the first reported incident since 2017. 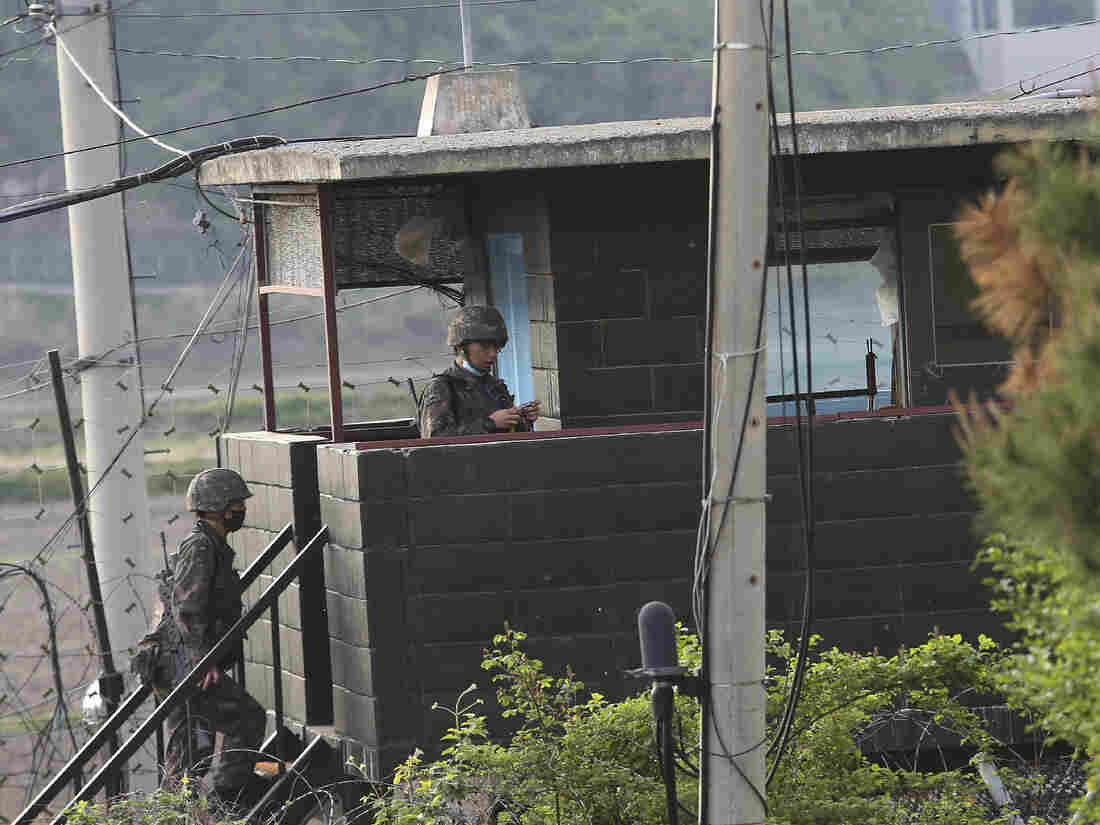 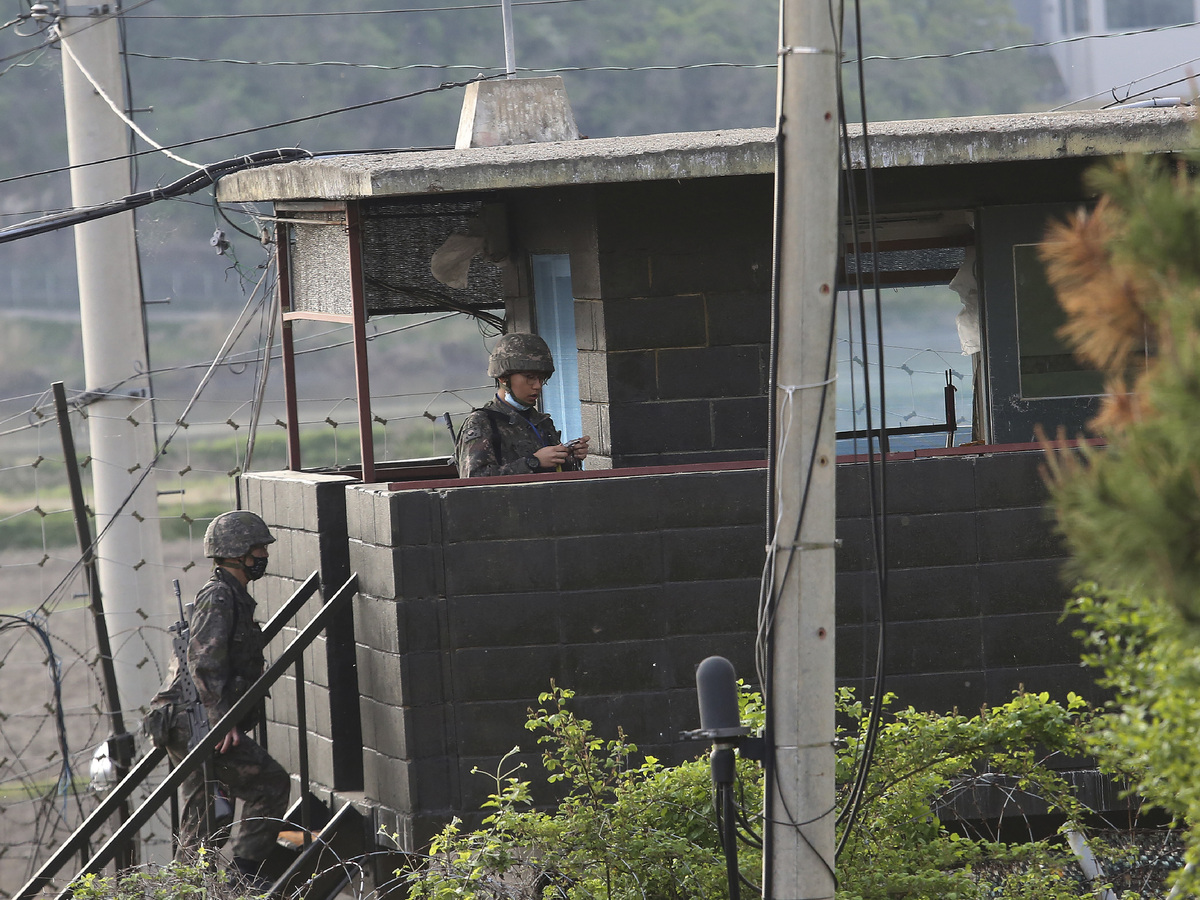 North and South Korean forces briefly traded gunfire along the country's heavily-patrolled border on Sunday morning, according to the South's military.

The government-funded Yonhap News Agency reports that South Korean soldiers heard gunshots around 7:41 a.m. local time and found four bullet holes on a guard post located inside the Demilitarized Zone. The soldiers fired back — a total of 20 rounds — and broadcast warnings in accordance with military protocols, according to the country's Joint Chiefs of Staff.

No casualties were reported on the South Korean side and the act did not appear to be an "intentional provocation," the Yonhap goes on to say, citing a military official. No damage or deaths have been reported by North Korea.

The officer quoted by Yonhap also says the incident occurred in foggy conditions at a time when North Korean soldiers typically rotate shifts. The source adds that no unusual military movements had been detected ahead of the gunshots.

Prior to Sunday's morning exchange, no skirmishes have been reported at the shared border the since 2017 when North Korean soldiers fired on one of their own during a daring defection attempt.

Both countries subsequently signed a deal to ease tensions between the two countries in 2018, but South Korean officials say the exchange violates that agreement and urged their neighbor to abide the accord.

This brief incident also happens after North Korean leader Kim Jong Un attended the opening of a fertilizer plant on Friday — his first reported public appearance in weeks. Kim's apparent absence from the spotlight generated international speculation over his health.