Accessibility links
Secretary Of The Senate Replies To Biden, Saying Records Cannot Be Released Joe Biden asked the secretary of the Senate to find "any and all" documentation of a sexual harassment complaint by former staffer Tara Reade, but the office says such records would be confidential. 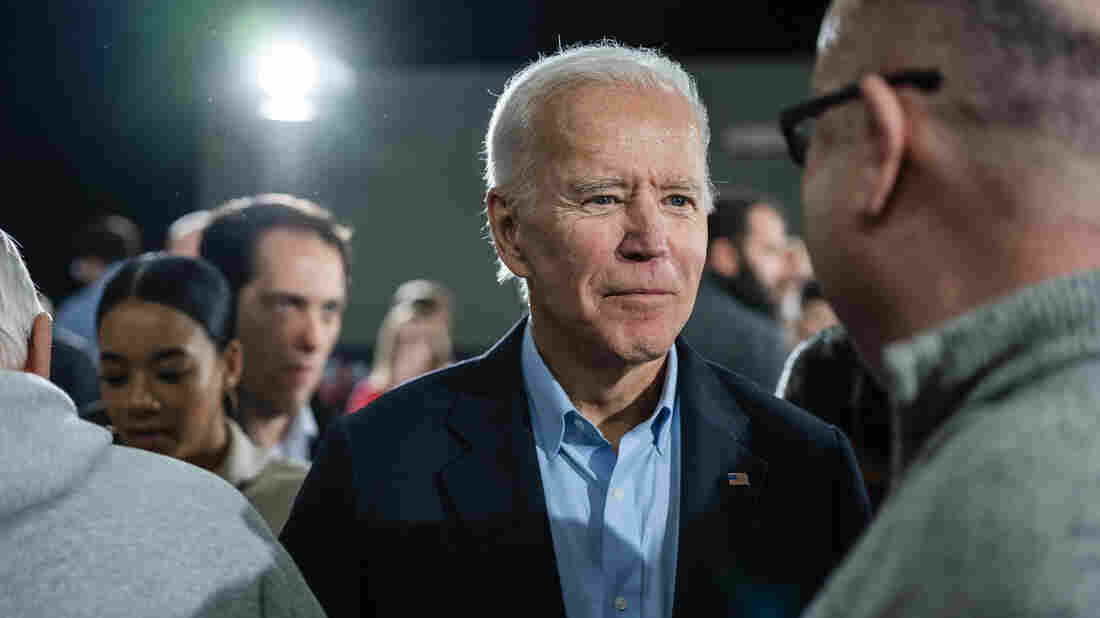 Former Vice President and 2020 presidential candidate Joe Biden requested Senate records related to allegations from a former aide. If such a record exists, the office that would handle it says it cannot make a public release. KC McGinnis/KC McGinnis for NPR hide caption 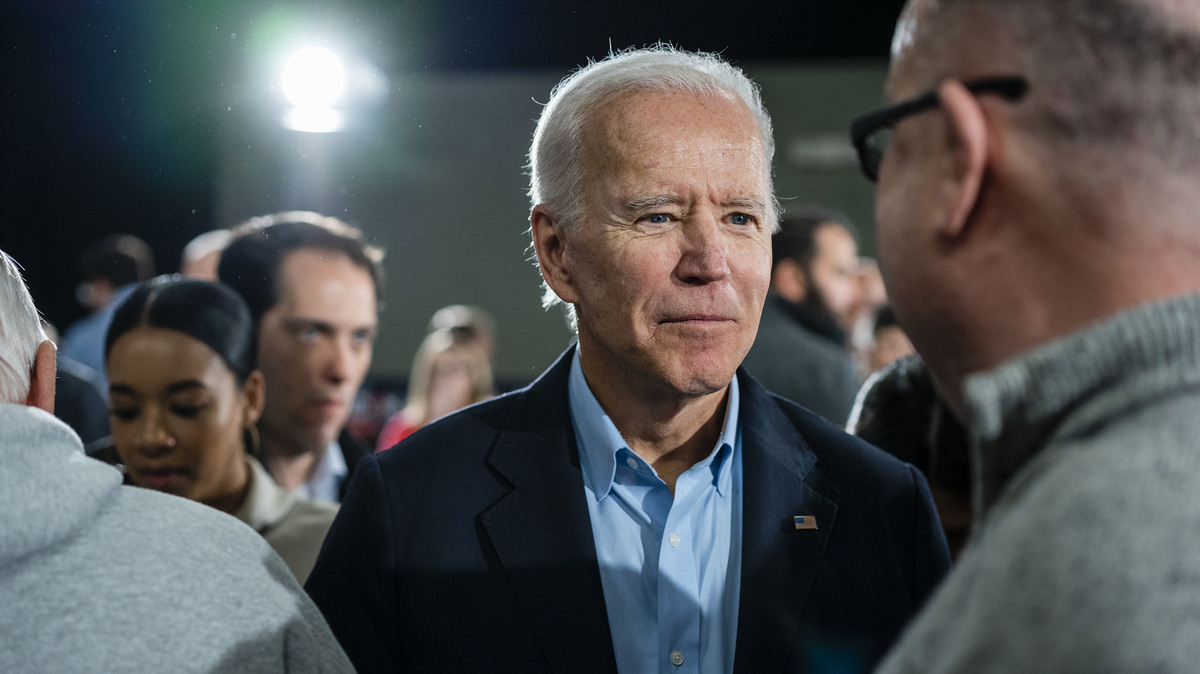 Former Vice President and 2020 presidential candidate Joe Biden requested Senate records related to allegations from a former aide. If such a record exists, the office that would handle it says it cannot make a public release.

The secretary of the Senate's office said on Monday that it cannot comply with former Vice President Joe Biden's request to search for and release any records of an alleged sexual harassment complaint from Tara Reade.

On Friday, the presumptive Democratic presidential nominee had formally written to Secretary of the Senate Julie Adams asking for help in determining whether Reade had filed a written complaint 27 years ago, as she says she did while working as a staff assistant in Biden's Senate office.

Reade has publicly accused Biden of sexually assaulting her in 1993, which Biden has said is not true. Reade has said that she filed a written complaint that did not mention the alleged assault.

"I talked about the sexual harassment, I thought about the sexual assault, but I was afraid to write down details, just handing it to some clerk because I didn't know where it was going to go," she said in an interview with NPR in April.

The secretary of the Senate's office says that under federal law, it has "no discretion to disclose any such information as requested in Vice President Biden's letter of May 1."

The statute that lays out how records of the Office of Senate Fair Employment Practices, which would have likely handled such a complaint, are governed states that the records are "strictly confidential."

In response, Biden's campaign replied with a series of follow-up questions from Bob Bauer, a former Obama White House counsel working with the campaign:

1. Is just the existence of any such records subject to the same prohibition on disclosure?

2. Is there anyone, such as a complainant, to whom such records, if they exist, could be lawfully disclosed?

3. Could the Senate release the procedures and related materials, including any standard forms or instructions, that the Office of Senate Fair Employment Practices followed in 1993 for the intake and processing of any complaint of this kind?

On Friday, Biden had written to the secretary of the Senate after the National Archives put out a statement saying it did not have the records, as Biden had said in a statement responding to Reade on Friday morning.

"I request that you take or direct whatever steps are necessary to establish the location of the records of this Office, and once they have been located, to direct a search for the alleged complaint and to make public the results of this search. I would ask that the public release include not only a complaint if one exists, but any and all other documents in the records that relate to the allegation," Biden wrote later in a letter to Adams.

Over the weekend, the Associated Press published a story detailing that Reade said in an interview that she did not explicitly use the phrase "sexual harassment" in her alleged complaint.

But what she described to the AP is akin to what she has described to NPR — situations in Biden's office in which Reade says she was made to feel uncomfortable by the then-senator. 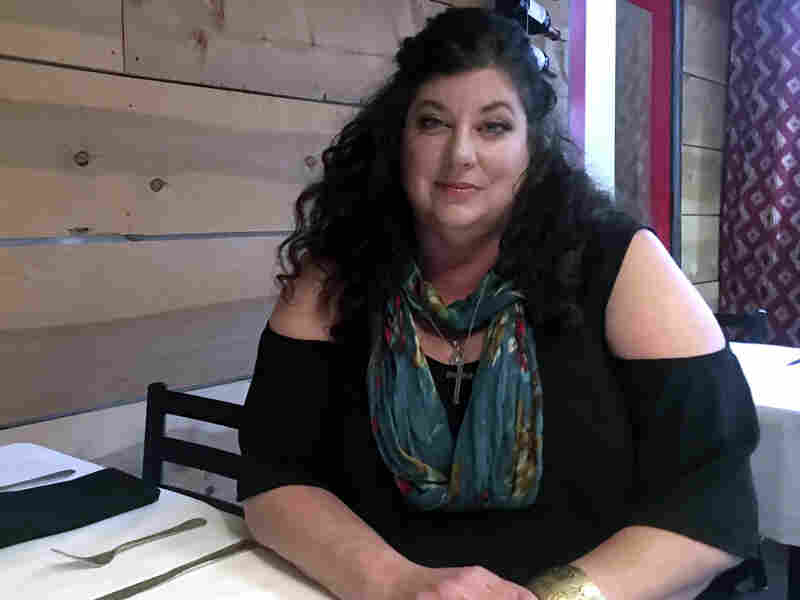 Tara Reade, a former Senate aide to presumptive Democratic presidential nominee Joe Biden, says she filed a written complaint in 1993, but it did not include an allegation she has now made of Biden sexually assaulting her. Biden says that did not happen. Donald Thompson/AP hide caption 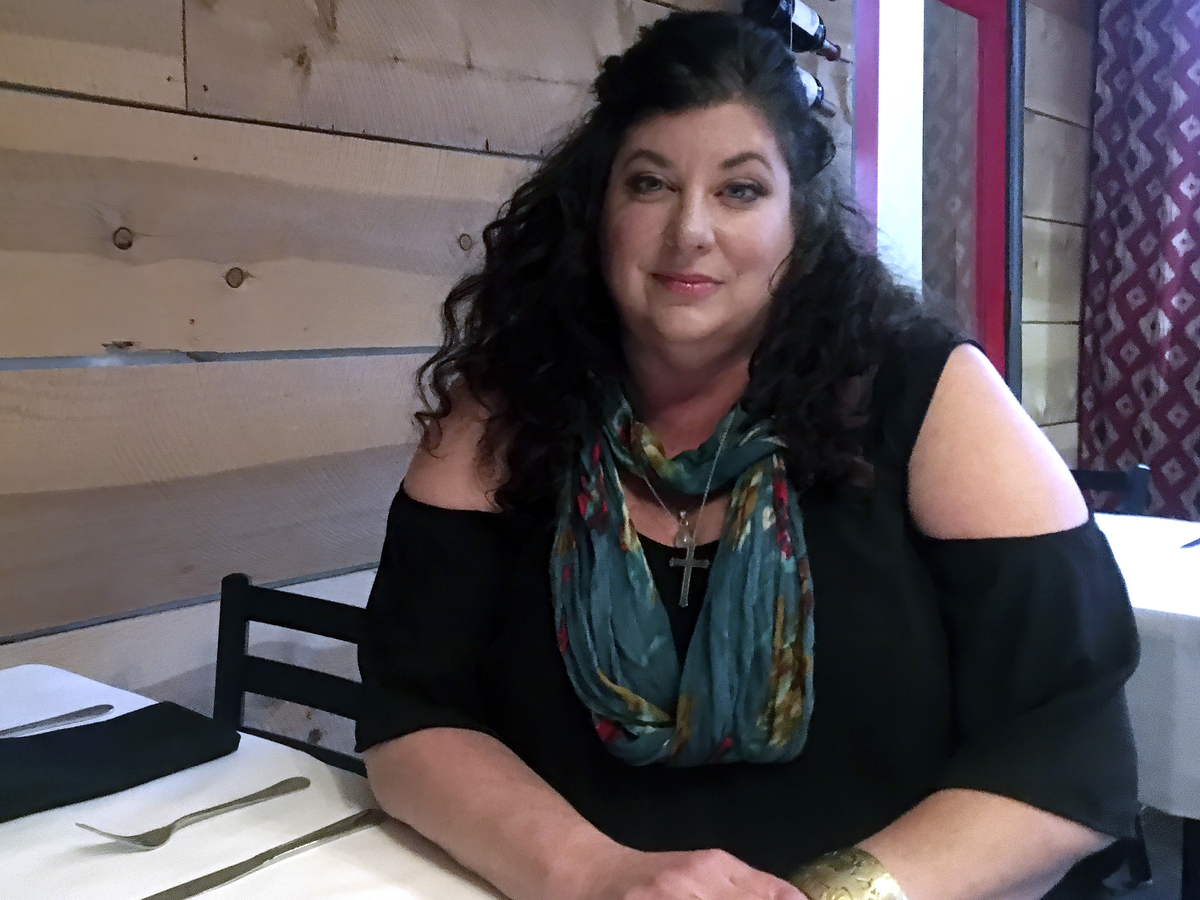 Tara Reade, a former Senate aide to presumptive Democratic presidential nominee Joe Biden, says she filed a written complaint in 1993, but it did not include an allegation she has now made of Biden sexually assaulting her. Biden says that did not happen.

"He would just put his hand on my shoulder, like in a meeting, and then run his fingers underneath my hair," she said. "He was very demonstrative in that way."

Reade also claimed that she was asked to chip in at a fundraiser because of the way she looked. "The senator liked my legs and thought I was pretty and wanted me to serve drinks to a fundraising event that was mostly men," she said.

Reade told NPR last month that she recalls when she complained about sexual harassment in the office, she "couched it in terms that 'I was uncomfortable.'"

Reade also told NPR that she voiced her concerns about harassment to three people in the office: Biden's longtime aide Dennis Toner; his then-chief of staff Ted Kaufman; and his executive assistant Marianne Baker.

All three of them have said no such conversations ever took place.

Reade cannot remember the name of the office where she allegedly filed a complaint, though based on practices at the time it likely would have been the Office of Senate Fair Employment Practices, nor does she have a copy of a complaint.

Reade said she went to an office where "they gave me a form, like a one-page form on a clipboard, and told me to fill it out, like an intake form, and then they would get back to me." She does not recall receiving a phone call after she submitted the form.