Accessibility links
Not-So-Small Businesses Continue To Benefit From PPP Loans SBA data show that demand is still very high for the loans, and that smaller amounts are going out this time. But large, multimillion-dollar loans are still eating up a good chunk of the money. 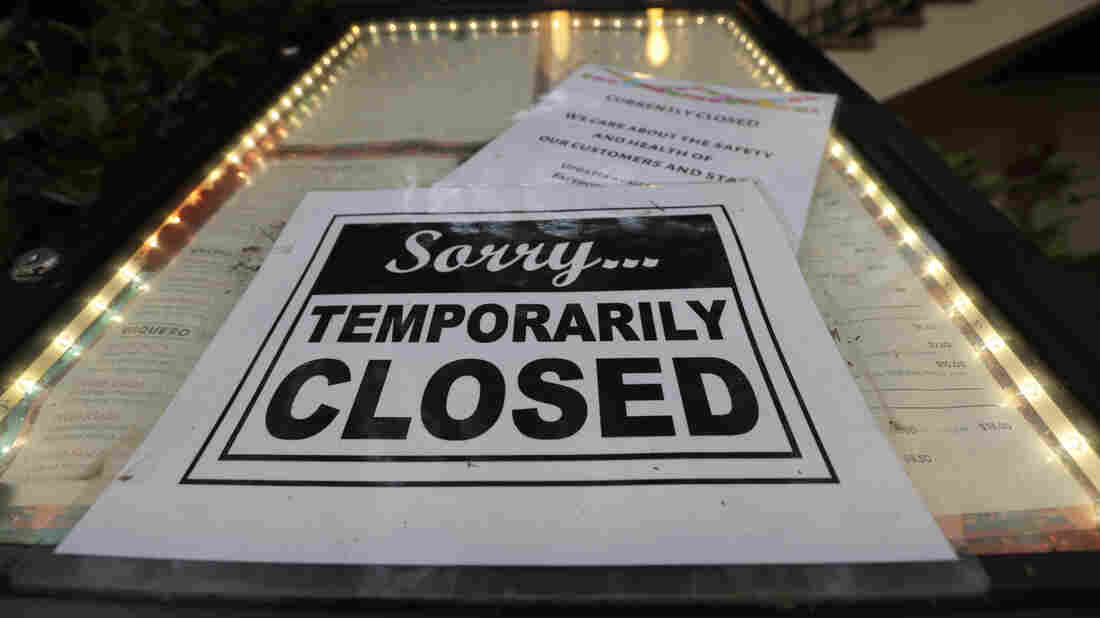 A closed sign is posted at a restaurant along the River Walk in San Antonio on April 28. Banks are reporting a little more success in getting small business owners' applications for coronavirus relief loans into government processing systems. Eric Gay/AP hide caption 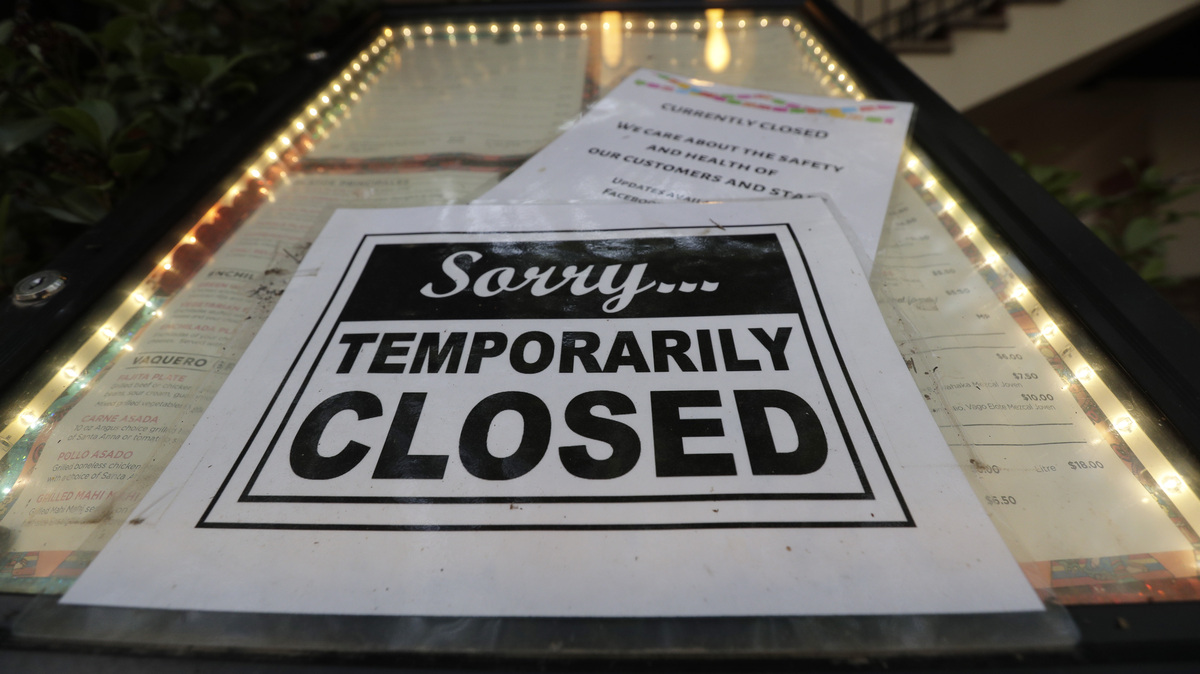 A closed sign is posted at a restaurant along the River Walk in San Antonio on April 28. Banks are reporting a little more success in getting small business owners' applications for coronavirus relief loans into government processing systems.

The Paycheck Protection Program has caused public outcry, suffered technical difficulties, and frustrated small business owners. But where, exactly, is the money going?

Over the weekend, the Small Business Administration gave another glimpse into this with a report on PPP activity through May 1. It showed that $175.7 billion in loans had been approved just five days into the program's second round of funding. That's on top of the $349 billion loaned out in just 13 days during the program's first round.

The data suggest that this time around, the loans may be going to smaller businesses, and that there is still high demand. However, there are still big questions about how well the loans are reaching the businesses that need them most.

1) Average loan size has gone down.

The average PPP loan in this second round of funding was $79,000 as of Friday. That's substantially lower than at the end of the first round, when the average loan was around $206,000.

In creating this round of funding, lawmakers were concerned with making sure smaller lenders could get better access. They set aside $30 billion for lending institutions with less than $10 billion in assets. In addition, the SBA set aside one eight-hour period last week during which the agency only allowed small lenders to access the system.

And smaller lenders have tended to give out smaller loans. SBA data show that the average PPP loan at banks with over $50 billion in assets is just over $90,000 this round. At banks with less than $1 billion, that average is around $58,000.

2) Still, large loans have eaten up a good chunk of the money

In the first round of PPP funding, loans of more than $2 million accounted for around 1.5% of total loans, but around one-quarter of the total pool of money.

This time, those loans are 0.35% of all loans, but they account for just over 16% of the total pool of second-round money.

Those largest loans will be getting extra scrutiny. The SBA has announced that it will be auditing all loan applications for over $2 million. There were more than 25,000 such loans in the first round, and just over 7,500 thus far in the second round.

In light of the limited funds, there have been calls to simply better limit the maximum loan size, currently set at $10 million.

"Had Congress set a maximum limit of $1 million it would have freed up over $150 billion — enough money to more than double the number of truly small businesses that received aid," Brookings Institution Fellow in Economic Studies Aaron Klein wrote at Politico.

Then again, there's also an argument that all the anger over large loans is misplaced. Those businesses also have plenty of employees to try to keep on payroll, as Matthew Zeitlin argued at Business Insider — the real problem, he thinks, is adequate funding.

"It's not a failing of the PPP that some larger companies got money — the program was designed to include them and, if the purpose of it was to protect employment, then letting a wider as opposed to a narrower range of companies participate could be helpful," he wrote.

3) There still won't be enough money in this round to meet demand.

Businesses have been quickly snapping up this second round of funding. The SBA has announced nearly $176 billion in loan approvals in five days thus far — an even faster clip than the first round's $349 billion in 13 days.

And there's good reason to think that plenty of small businesses could be in need of funds after this round runs out. After the first round, a survey from the National Federation of Independent Business found that three-quarters of small businesses had applied for the first-round PPP loans, but only 20% had gotten the money.

4) PPP funds don't appear to have gone to places that needed it most.

These reports from SBA aren't the only sources of information on what PPP is doing. Economists at the University of Chicago and MIT have taken a first stab at figuring out how well the program might be boosting local economies. In a new working paper, they compared employment data to PPP data as of April 15 — just before the first round of funding ran out.

This paper is just one early look at the program; further data on loan forgiveness, employment, and business survival, will better show PPP's effects. But it is an indication that the aid isn't targeting the places that need it most.

There's still other data that would help show how well PPP is achieving what lawmakers intended.

For example, leading into the second round of funding, Democratic lawmakers in particular voiced worries that women-owned businesses and businesses owned by people of color hadn't yet been able to easily access the PPP loans. The SBA hasn't yet put out any data broken out by owners' gender or race, so it's not clear to what degree these businesses have been shut out, and whether it is improving.

In addition, SBA released some detailed data in the first round of lending that it hasn't released yet about the second round. For example, we don't know which industries are receiving that second pot of money. In the first round, hotels and restaurants — which were among the hardest hit by layoffs — received only around 9% of the money.