1. Big Thief: "Love in Mine"
2. Samia: "Is There Something in the Movies?"
3. serpentwithfeet: "Psychic" from Apparition
4. Pezzettino: "Ring for Sappho" from Venus
5. Tadzio: "Pint of My Blood" from That Cold Grey Light
6. Chris Funk: "Knifey Vellocet" from The Painted Porch
7. Luke Schneider: "Lex Universum" from Altar of Harmony

Keep up with the latest from NPR Music with our weekly newsletter. Sign up at www.npr.org/musicnewsletter 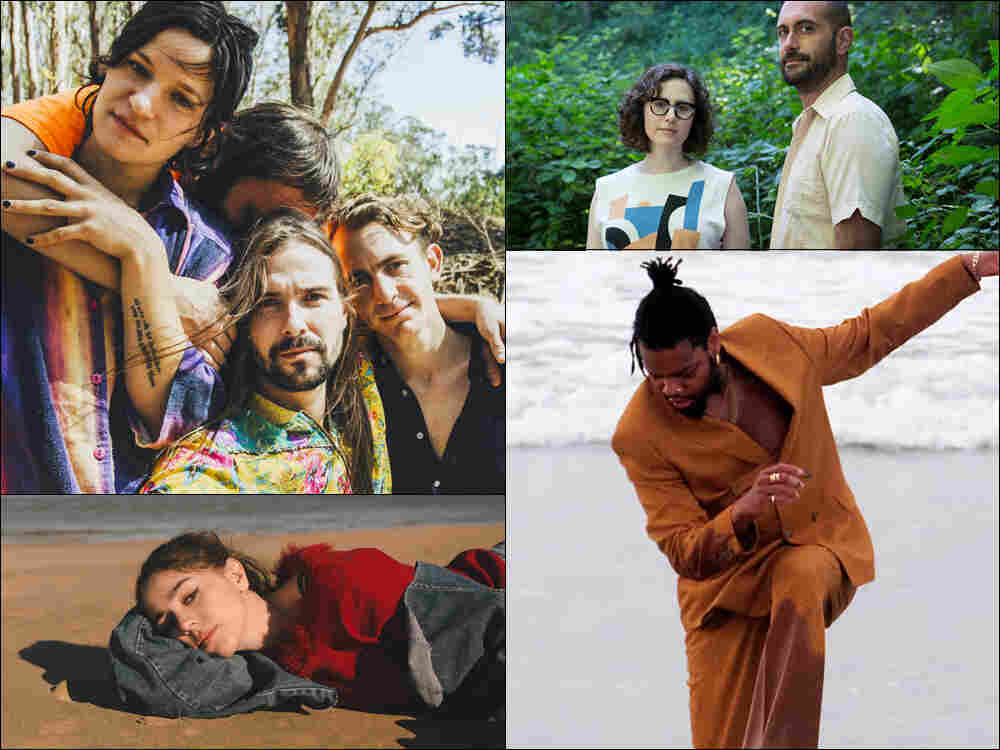 On this edition of All Songs Considered: a surprise drop from Big Thief, one they recorded during their Two Hands sessions. I also have a conversation with The Decemberists' Chris Funk about his surprising solo work, an instrumental sonic adventure called "Knifey Vellocet."

Serpentwithfeet has a voice that steals the show this week, with a mystical soulful tune; And some of the moments I love the most on this episode come from artists I hadn't known: Samia is an singer with a voice reminiscent of Phoebe Bridgers; Pezzattino has been putting out music for more than a dozen years and, after a long pause, is back with music that delights. I also play a band from Philadelphia that seems to have its heart in the traditions of British and Irish folk music from the late 1960s, followed by this remarkable, transcendent pedal steel performance from Luke Schneider.

2. Samia: "Is There Something in the Movies?" (Single)

4. Pezzettino "Ring for Sappho" from Venus

5. Tadzio: "Pint of My Blood" from That Cold Grey Light