Accessibility links
Social Security Workers Make Dent In Case Backlog Working Remotely Some 53,000 of the Social Security Administration's employees are working from home. And the agency's backlog of pending cases has fallen by 11% since March 23.

Listen · 3:36 3:36
For These Federal Employees, Telework Means Productivity Is Up, Their Backlog Is Down 3:36 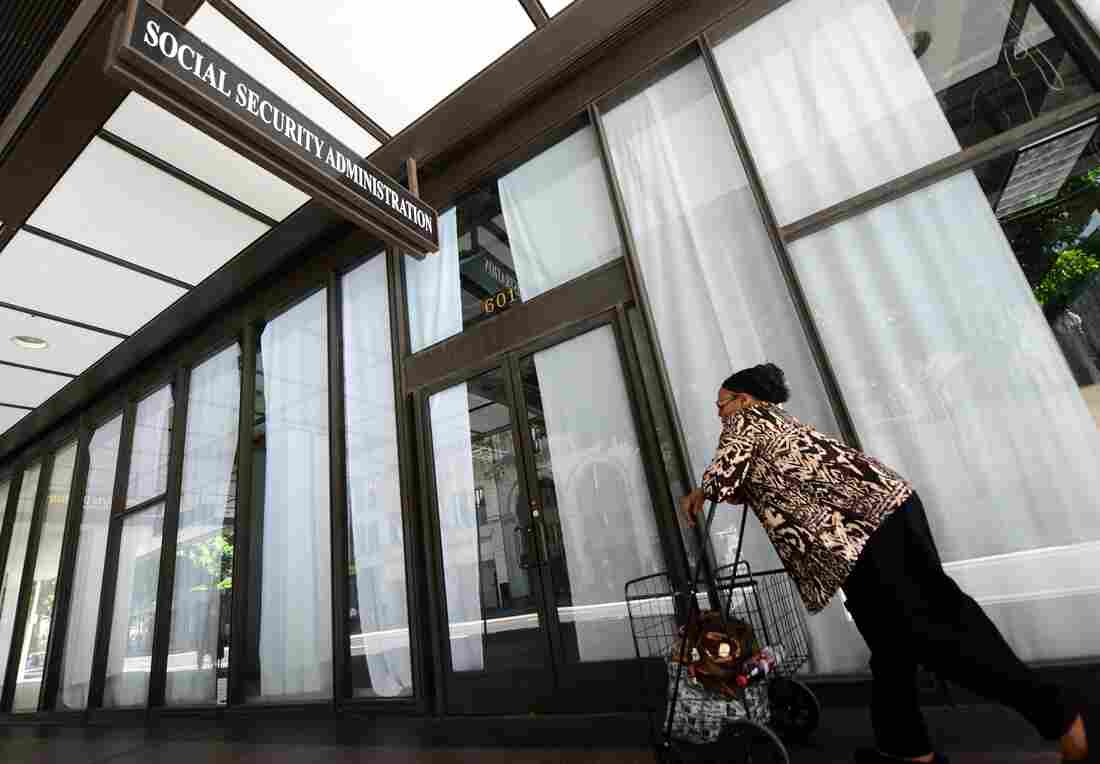 A woman passes a closed Social Security Administration office in Los Angeles in 2013. Some 53,000 of the agency's workers are now working from home. Frederic J. Brown/AFP via Getty Images hide caption 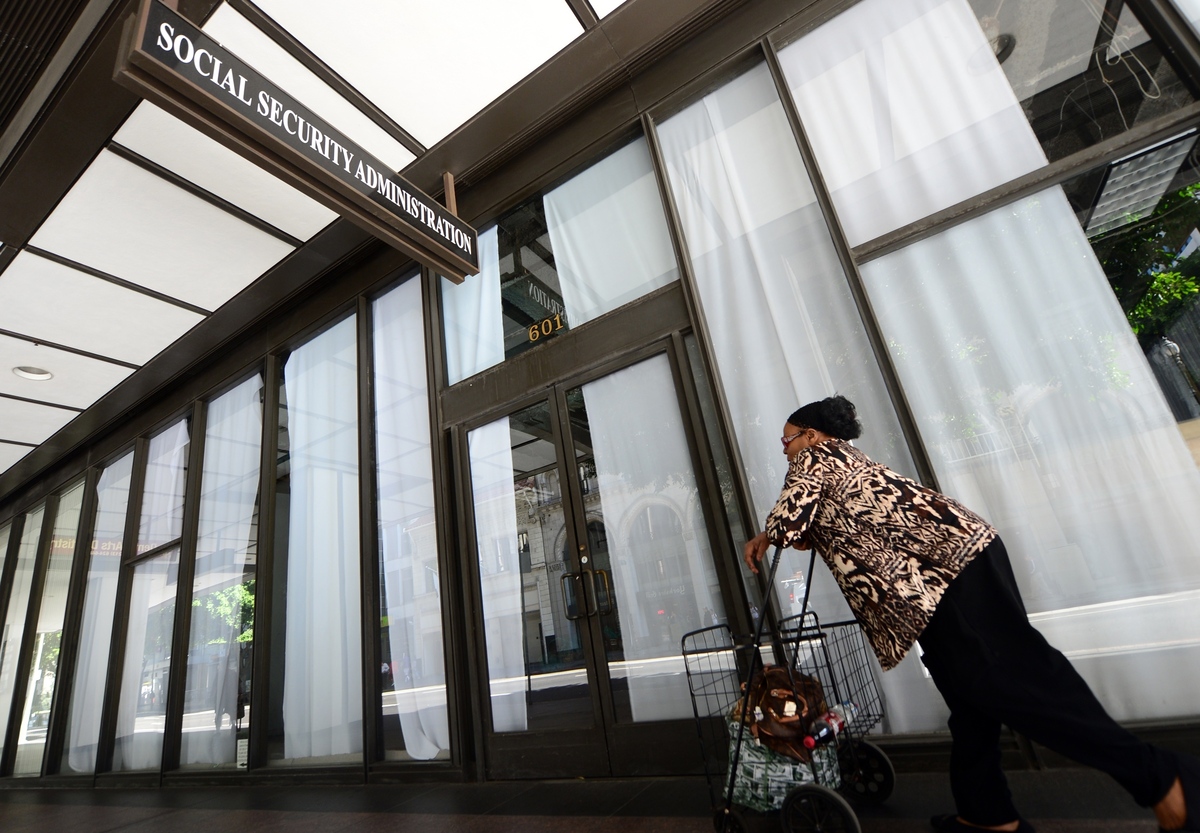 A woman passes a closed Social Security Administration office in Los Angeles in 2013. Some 53,000 of the agency's workers are now working from home.

The coronavirus pandemic has forced many people to work from home, and that includes employees of the federal government. The numbers vary by agency, but at the Social Security Administration, some 53,000 workers are doing so.

Social Security field offices are closed. But the shutdown hasn't stopped the agency from processing claims for new benefits and appeals of benefit denials. And according to statistics that the SSA sent its workers, the agency has been doing so at a faster pace than before.

"Telework is proving a great boon to the service Social Security provides to the American people," says Ralph deJuliis, who works at the SSA's office in Tulsa, Okla. "We are getting the checks to people faster and quicker."

IRS Tells Thousands To Return To Work, With Their Own Face Masks

DeJuliis is president of the American Federation of Government Employees Council 220, which represents many Social Security workers. And he says he hopes the SSA will continue allowing employees to work from home.

Telework, he says, is "good for the employees, good for the public. We've got the work done. We kept the public out of harm's way because, let's face it, we deal with mostly people who are old or disabled. They are at the highest risk."

According to deJuliis, the SSA has found that its backlog of pending cases has fallen by 11% since March 23, when the agency instituted wide-scale telework, and that calls from recipients are answered more quickly.

The SSA did not respond to a request for comment.

Isabel Sawhill, a senior fellow at the Brookings Institution, says it's not surprising that productivity is up.

"Actually, there are studies that have been done, including studies in government agencies — small-scale studies, to be sure — but they have shown that productivity does rise when people get to work from home," she says.

Jeff Neal, a former head of human resources at the Department of Homeland Security, says it's not surprising that people become more productive when they work from home.

"The really good workers might be sitting there at their home desk, wherever that is," he says. "And they're supposed to stop at 5 o'clock, and they look at their watch or their computer and they realize it's 7 o'clock and they've still been working, because they get into things and they start getting stuff done and they just keep on going."

It's unclear how many federal workers across the government are teleworking. According to the most recent statistics, from two years ago, 42% of the some 2.1 million government employees were eligible to telework, although only about half of those were in fact working from home.

The Trump administration had been hostile to teleworking, Neal says, because in its view it sees it as a benefit to federal workers. But Neal says it's also a benefit to taxpayers.

"If people view it as what it really is, which is something that is in the interest of the federal government to have, then they would continue it because it helps them hire. It helps them retain people," he says. "And most importantly, it helps them remain operational during a national emergency. So it's a very good thing."

And Sawhill at Brookings says she expects teleworking will continue to increase both in government and the private sector after the coronavirus crisis ends.

"This experience has showed us that we can get work done at home and that we can meet people's needs, the public's needs, by doing so," she says. "That doesn't mean there aren't lots of downsides. But overall, I think this is a trend that is going to accelerate sharply as a result of this recent experience."

The federal government has not given any guidance as to when it expects all federal workers to return to their offices.

The SSA issued a statement saying it continues to monitor the COVID-19 situation across the nation, promising that when it does reopen offices, it will provide a safe environment for the people it serves and its employees.