Accessibility links
'Hood Feminism' During The COVID-19 Pandemic : Code Switch The coronavirus pandemic has exacerbated issues that disproportionately affect women. So on this episode, we're talking to Mikki Kendall — author of the new book, Hood Feminism — about what on-the-ground feminism practiced by women of color can teach us that the mainstream feminist movement has forgotten.

As the coronavirus has wreaked havoc on public health systems across the globe, it's also had consequences for family life—particularly for women. The pandemic has been described as a "disaster for feminism" by the Atlantic. Shelter in place orders have forced families to "confront the bruising reality of gender dynamics" during work-from-home setups, as the New York Times put it.

And if all of this is tough on women, you can bet it's hardest on women of color. 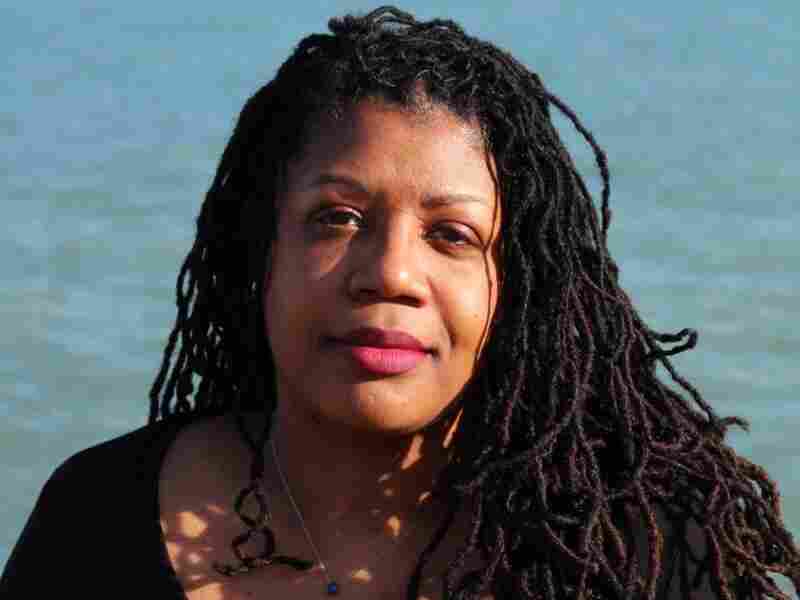 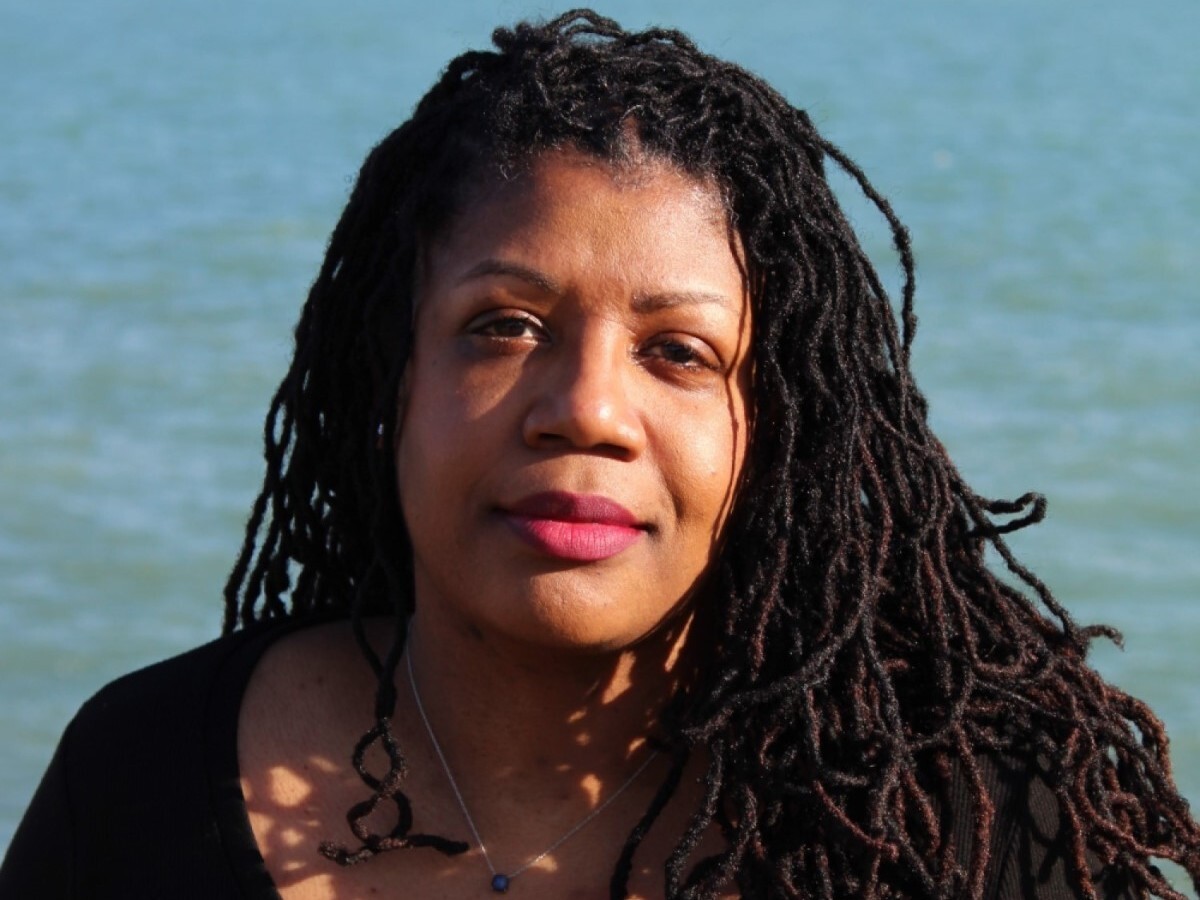 This week on the show, we're talking about race, feminism and COVID-19 with Mikki Kendall. She's the author of the new book Hood Feminism: Notes from the Women that a Movement Forgot, which is about all the ways in which feminists who are women of color—especially black feminists—have a wider agenda than the mainstream, largely white feminist movement. 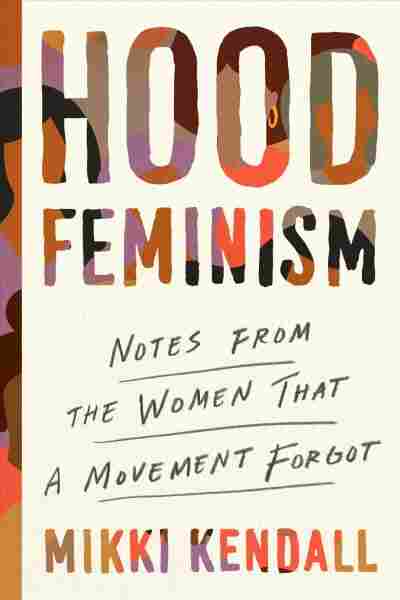 Notes from the Women That a Movement Forgot

I first spoke to her back in February, right around her book release, about the issues central to Hood Feminism: access to groceries, healthcare and schools for one's community. Then, the coronavirus happened — so I called her back up to talk about how these issues are coming into even sharper relief now, especially as the levels of unemployment and COVID-19 cases have reached unprecedented heights. Here's a snippet of our conversations.

Let's talk about the title of your book for a minute, because I know some people find it provocative. Describe "hood feminism" for me.

I'm a black girl from the hood, Chicago's South Side. I'm never going to be ashamed of being from the hood. Hood feminism is lived feminism. It's the women who do the work, who are present in communities and making sure that their kids have school and at least somewhat accessible medical care.

It's great to want to be a CEO or to be president, but you should also probably make sure that your neighbors have enough food to eat and their homes are safe.

Where did you first learn about feminism?

I actually grew up with my grandmother, who was very feminist, and I first learned that kind. Then in college, I started to read other things, like bell hooks and Audre Lorde, and some of it spoke to me. But I was a history major and had been introduced to the suffragette movement, reading first-person sources where white women were espousing their right to vote as a way to uphold white supremacy. It was very instructive about what the goals of the feminist movement might be, as opposed to the words that were being proclaimed.

Hood Feminism is focused in part on the daily practicalities that some may not think fall under the feminist umbrella at all: safe and secure housing, decent and available food, good schools. Why does including these things make sense to you?

If the movement is for all women, you need to be addressing the concerns of all women. And sure, if you are making mid-six figures a year and you live in a very fancy suburb, you may not have to worry about groceries or medical care. But for the women you're going to expect to come out and vote and support your candidates? They do. For the women in the world around you who have less than you — the women running the schools, working in the hospitals, cleaning — these are their concerns.

Has the pandemic changed any of your thinking about how black women do or don't fit into the feminist movement?

Basic needs are being unmet by feminism for women of color and for poor white women, too. Feminism isn't just failing low income women of color; it's failing everyone that's not an upper middle class white woman at this point.

We're seeing that play out with the virus, because the death toll and the infection rate for essential workers and their family members is extremely high — especially for people of color, especially black women and black families. That's happening because we don't have a system that took care of these folks in the first place. They're having a harder time accessing medical care. They're having a harder time accessing financial support. They're least capable of weathering the layoffs and the cost of being sick.

Why The Coronavirus Is Hitting Black Communities Hardest

And I hear so many stories about people of color being turned away from being tested for COVID-19, because medical practitioners say they don't really have it.

We're seeing entire families be infected and or pass away, because when they went to the doctor, no one believed them — because medical racism didn't go away.

I know from experience that the first few days sort of feel like a cold or the flu. And especially in our cultural context, if you are used to not having paid leave or being able to retreat to your home and still have everything you need present, then you still ran to the store. You still took care of family members. You still did all of these things because you've been conditioned to believe that you cannot afford to take the time off to be sick, and maybe you really can't afford it.

We say this is a feminist issue. You can sit in your house in the Hamptons or a compound in Idaho and maybe ride this out. But the people who bring you your food, the people you're relying on to let your system function, they can't do that. And they're dying for it.

Especially if you have children that you're coming home to or other family members, you're worried about what you're bringing back into your home that endangers them.

And especially for $9, $10 or $12 an hour. And the economy is not going to be great for a while, so people might have to suck it up. But if you can barely afford your rent and you can barely afford to take care of yourself, then you also have to put up with people being terrible to you, on top of being afraid of what diseases may be introduced to you. This is just too much to expect anyone to keep putting up with in the long term.

And in the end, it sounds like surviving, to be able to expand and improve society, is a very feminist issue.

Absolutely. Survival is the primary focus, especially for feminists in the hood and rural areas, and for low income families. Right now, the focus has to be on surviving, on thriving and being able to take care of each other.