Accessibility links
Taking Dance, Soccer And Other After-School Activities Online With schools moved online and kids cooped up at home, soccer coaches, dance instructors and other leaders of extracurricular activites are finding creative ways of keeping kids active and engaged. 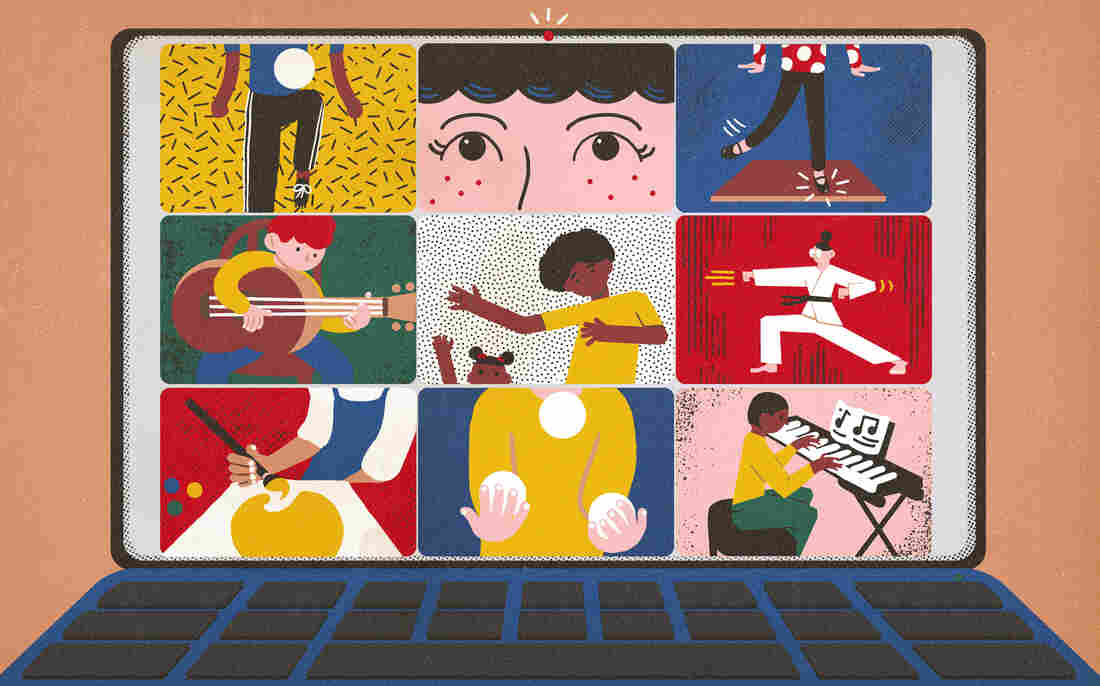 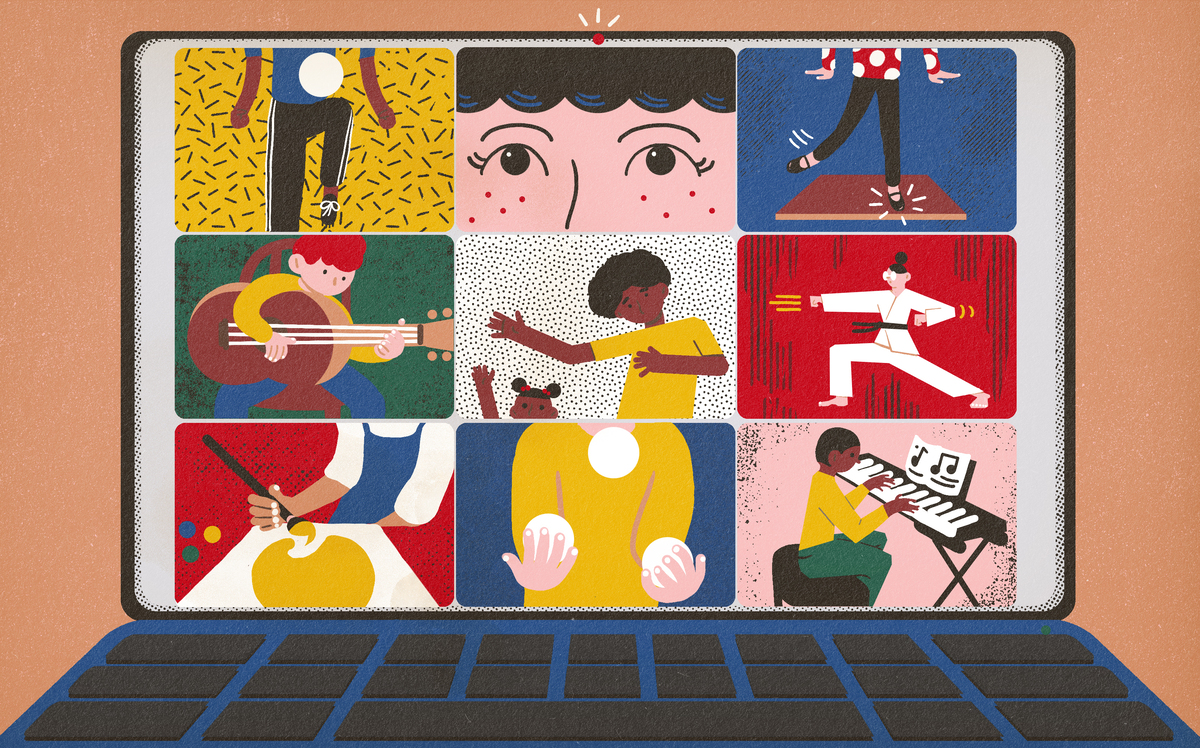 When Jessyka Bagdon set out to move her tap dancing classes online, big questions started popping up right away: What about kids who don't own their own tap shoes? How to tap dance at home without ruining the floor?

And then came the really big challenge: Online programs like Zoom are designed for meetings, not dance classes. "They're made to pick up voices," she explains, not the clickety clack of tap-dancing shoes. "So how do we make the system not filter out our tap sounds as background noise?"

So Blagdon, an instructor at 'Knock on Wood Tap Studio' in Washington, D.C., set about problem-solving. No tap shoes? Turns out Mary Jane flats work well. Saving the floor? A piece of plywood does the trick.And that muffled sound over Zoom? Blagdon says fiddling around with some computer settings can help.

In the nation's capital, like the rest of the country, kids cooped up at home for weeks now are craving both physical activity and the mental and creative challenges that extracurricular activities bring. And ballet instructors, soccer coaches and piano teachers — just to name a few — are finding the shutdown every bit as complicated as schools moving academic lessons online.

As their counterparts in schools are finding every day, it's really difficult to explain — watching on a screen — to children in a painting class exactly how to hold the brush to get the right effect. Or to align a young karate student's body just so, for a proper sidekick.

Weeks in, Bagdon says she still has the occasional bump but not always because of technology.

"Emmy, how come you're not dancing with us, my friend?" she asks one 5-year-old who has wandered off screen during class. Her student Emeline has a perfectly valid response, "Sometimes I go to drink a glass of milk!"

For student athletes looking ahead to a summer of meets, games and matches, and the companionship of their friends and teammates, the shutdown is frustrating.

Ava Morales, 16, of Bethesda, Md., was excited about showing off her skills this month in front of hundreds of college recruiters. But instead of being in Arizona, she's stuck at home and can't even see her teammates.

"We're all best friends," she says. "So it's heartbreaking we can't spend time together and that our season is basically cancelled." The online activities are comforting, she says, because it helps keep all her team motivated.

In the Washington area, 60 local soccer clubs have joined together in a new group called DMV United. And they've made a pledge that, during the shutdown, coaches won't engage in recruiting activities.

Tommy Park, with the Alexandria Soccer Association in Virginia, says coaches have shared different online workouts as well as apps that focus on specific soccer skills.

"The apps allow you to log how many juggles you have on the ball in a row and then log that," Park explains. "Maybe you can only get five the first time and then you see your teammates at eight. So try to get nine and you see all of your teammates progress."

Some players are reviewing championship games on video, or making Instagram videos of soccer tricks; others are reading about sports psychology.

But Matt Libber with the Maryland SoccerPlex is clear, this can never replace the adrenaline rush of actually being on the field.

And he worries about some of those bigger lessons kids are missing out on, like the importance of losing sometimes.

"Competing online or through Instagram, yeah, you're losing but you're not losing," he says. A big part of what he and other coaches teach, he says, are "some of those life lessons that, you know, if you learn them as a kid, it makes being an adult so much easier."