Accessibility links
Judge Justin Walker, Mitch McConnell Ally, On Track For Senate Confirmation The Senate appears likely to elevate district court judge Justin Walker, who's been on the bench for six months, to the second highest federal court in the United States. 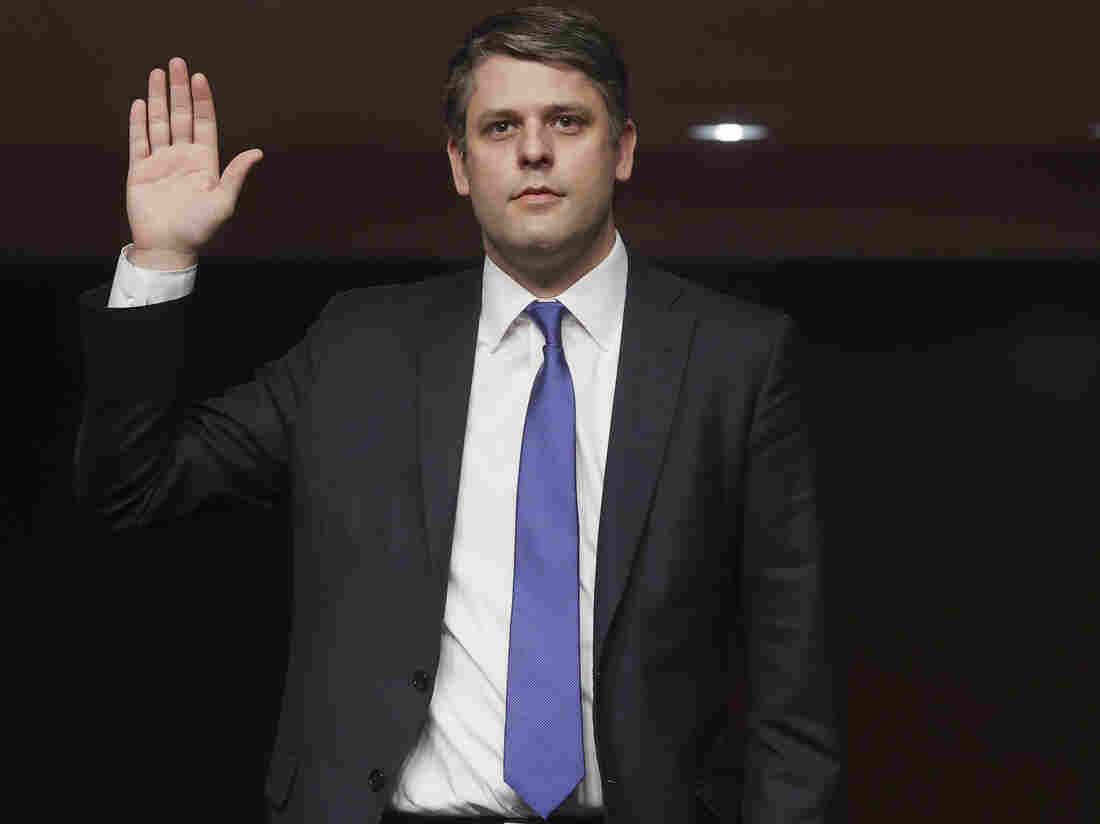 Justin Walker, nominated to be a U.S. District Judge for the District of Columbia Circuit, swears in before testifying at a Senate Judiciary Committee nomination hearing on May 6. Caroline Brehman/AP hide caption 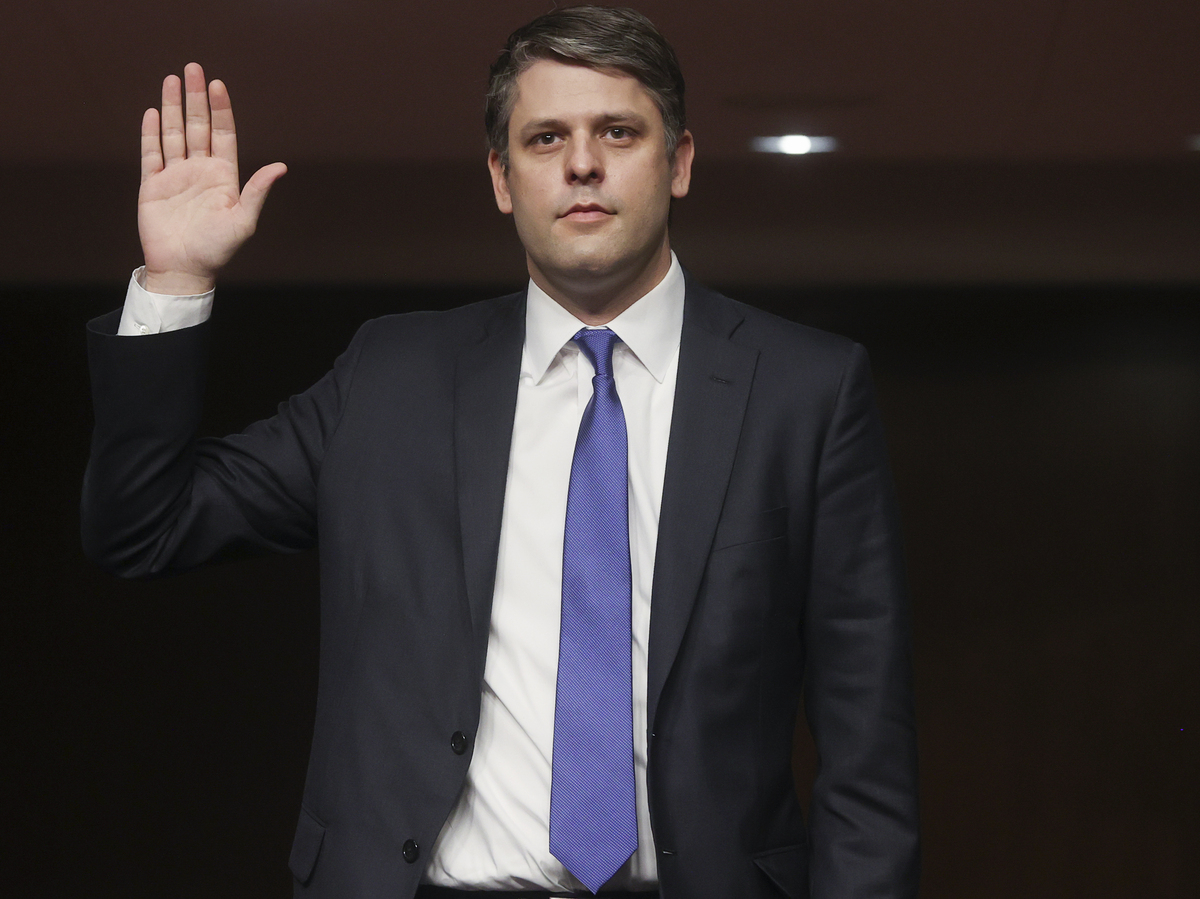 Justin Walker, nominated to be a U.S. District Judge for the District of Columbia Circuit, swears in before testifying at a Senate Judiciary Committee nomination hearing on May 6.

A 37 year-old district court judge nominated for a seat on the powerful Court of Appeals for the D.C. Circuit appeared all but certain to be confirmed after a hearing Wednesday — over Democrats' objections.

The nominee, Justin Walker, was hand picked by Senate Majority Leader Mitch McConnell, R-Ky., for the D.C. Circuit court, which is often called the second most important court in the country.

McConnell has put extensive time, effort and political capital into reshaping the federal judiciary by filling its ranks with young, conservative judges. Walker embodies that strategy.

He clerked for Justice Anthony Kennedy on the Supreme Court, and for Justice Brett Kavanaugh when Kavanaugh was a judge on the D.C. Circuit. Walker then became a judge in the Western District of Kentucky just six months ago, a job he secured because of McConnell.

Now he looks almost certain to be confirmed for a post on the D.C. Circuit with lifetime tenure, hearing important cases for decades and potentially on deck one day to serve as a Republican president's nominee for the Supreme Court.

McConnell described Walker as a wunderkind and emphasized the rating he has received from the American Bar Association.

Judge Justin Walker is a brilliant legal expert whose record earns praise all across the political spectrum. He is so qualified and fair-minded that he's even won the blessing of the left-leaning American Bar Association that Democrats themselves call “the gold standard.” pic.twitter.com/KQIIG68TdE

Opponents dug into Walker's brief tenure as a judge at his confirmation hearing on Wednesday. Democrats sought to portray him as too inexperienced for a federal appeals court position.

Justin Walker should not be confirmed to the D.C. Circuit Court. His opposition to the ACA is disqualifying. He’s only 37 years old and has served just six months as a district court judge. Senate Republicans should not promote him to the second most powerful court in the nation. pic.twitter.com/t6RdWpofUR

Democrats also questioned Walker about partisan statements he made on TV during Kavanaugh's confirmation process as well as at his own investiture just a few months ago.

Several Democrats, including Sens. Amy Klobuchar of Minnesota and Dick Durbin of Illinois, zeroed in on critical remarks Walker has made about a Supreme Court decision upholding the Affordable Care Act.

Walker said he was addressing the law from his perspective then as an academic and private citizen. It would be inappropriate, he said, to opine on the matter now. He also said the Supreme Court's decision is now a binding precedent.

A good judge, Walker said, "has a responsibility to go where the law leads, where the Constitution leads. That's what I've done as a district court judge and I've done it without any policy considerations."

The American Bar Association rated Walker "unqualified" when he was nominated for his position on the district court because of his inexperience. The ABA now has rated Walker "well qualified" for the circuit court bench, which is seen through a different lens.

The Republican chairman of the Senate Judiciary Committee, Lindsey Graham, concurred at the session on Wednesday. He closed the hearing by telling Walker that he'd acquitted himself well.