Accessibility links
Facebook Board On Removing Objectionable Posts Announces Members The company has faced criticism in recent years for its handling of issues ranging from user privacy to policing hate speech to stopping the spread of disinformation. 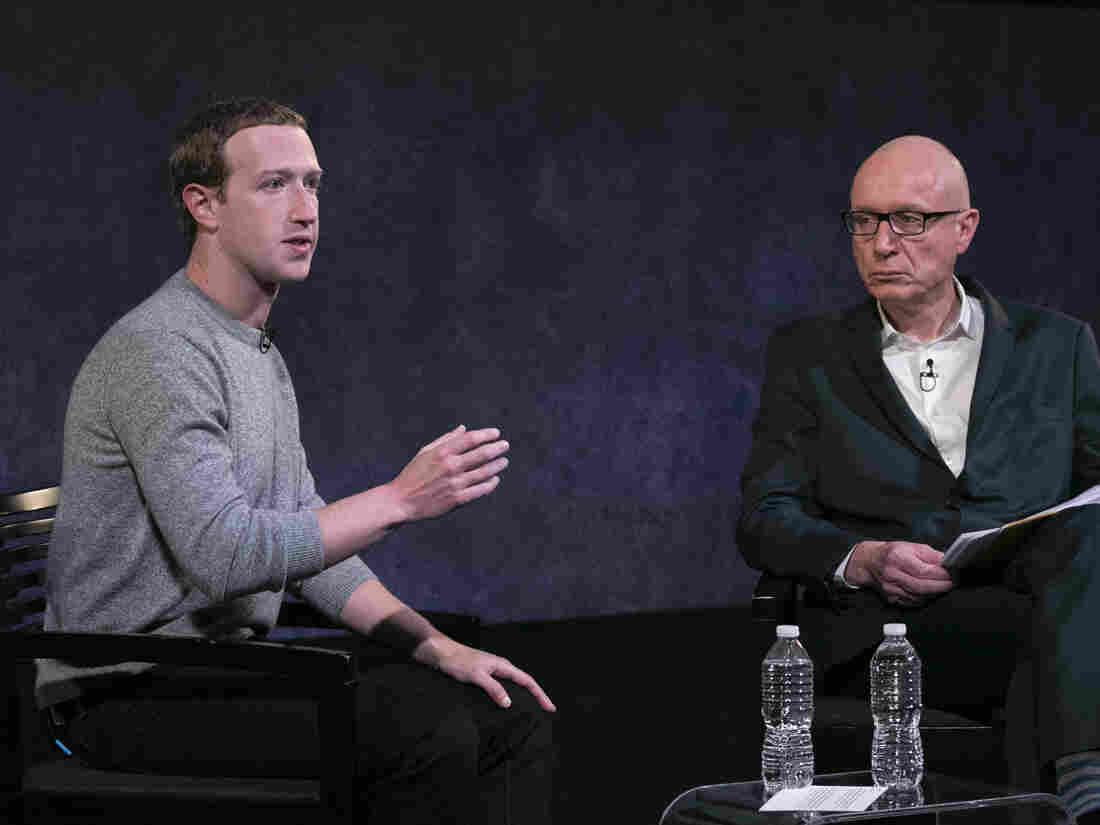 Facebook CEO Mark Zuckerberg, left, has agreed to submit to a newly formed oversight board, which will examine whether to remove posts from the website. Mark Lennihan/AP hide caption 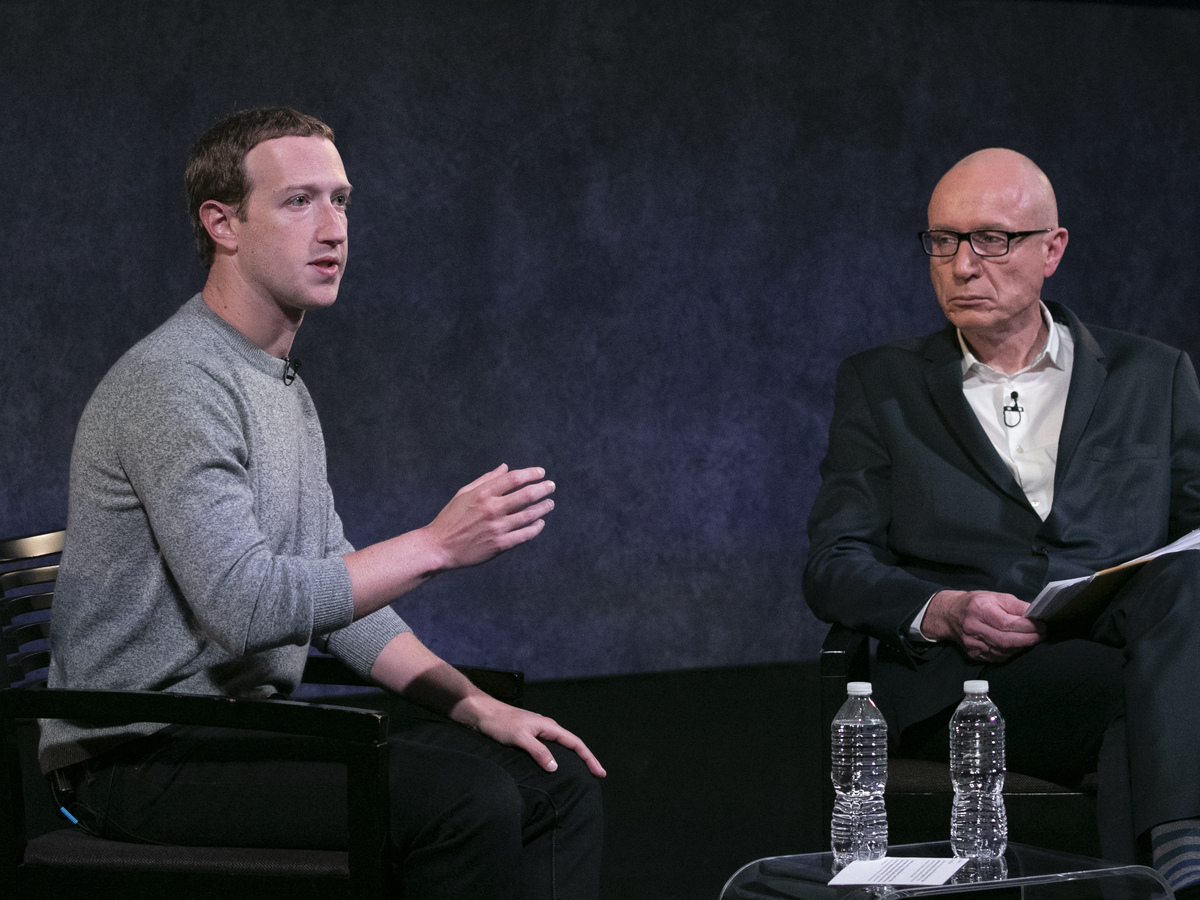 Facebook CEO Mark Zuckerberg, left, has agreed to submit to a newly formed oversight board, which will examine whether to remove posts from the website.

An independent oversight board for the social media giant Facebook announced its initial 20 members today in a New York Times opinion piece.

The company has faced criticism for its handling of issues ranging from user privacy to policing hate speech to stopping the spread of disinformation. The oversight board will make final decisions on whether specific content should be removed from Facebook.

The board is scheduled to start operating this year, according to the co-chairs, who authored the essay. Two of the four co-chairs, Jamal Greene and Michael McConnell, are U.S. law professors. The other two co-chairs are Catalina Botero-Marino, a law school dean in Colombia, and Helle Thorning-Schmidt, the former prime minister of Denmark. Of the 20-person board, which was selected by the co-chairs, nine are academics. Five are American.

The board will eventually expand to 40 members.

The co-chairs said that the board comprises members from diverse professional, cultural and religious backgrounds, all of whom are "committed to freedom of expression within the framework of international norms of human rights."

Facebook has agreed to carry out decisions of the board, which it has funded with an independent $130 million trust.

The co-chairs noted that while the board will implement a system for users to provide input and flag content, it won't be able to respond to every case. Instead, they said it will focus on cases relevant to public discourse.

"Cases that examine the line between satire and hate speech, the spread of graphic content after tragic events, and whether manipulated content posted by public figures should be treated differently from other content are just some of those that may come before the board," they wrote. " We also know that we will not be able to please everyone. Some of our decisions may prove controversial and all will spur further debate."

A previous version of this story said there are four Americans on the board. In fact, there are five.