Accessibility links
U.S. Was Behind On Payments To WHO Before Trump's Cutoff President Trump put a hold on funds to the World Health Organization, but the U.S. is already behind in its dues to the organization by more than a year. 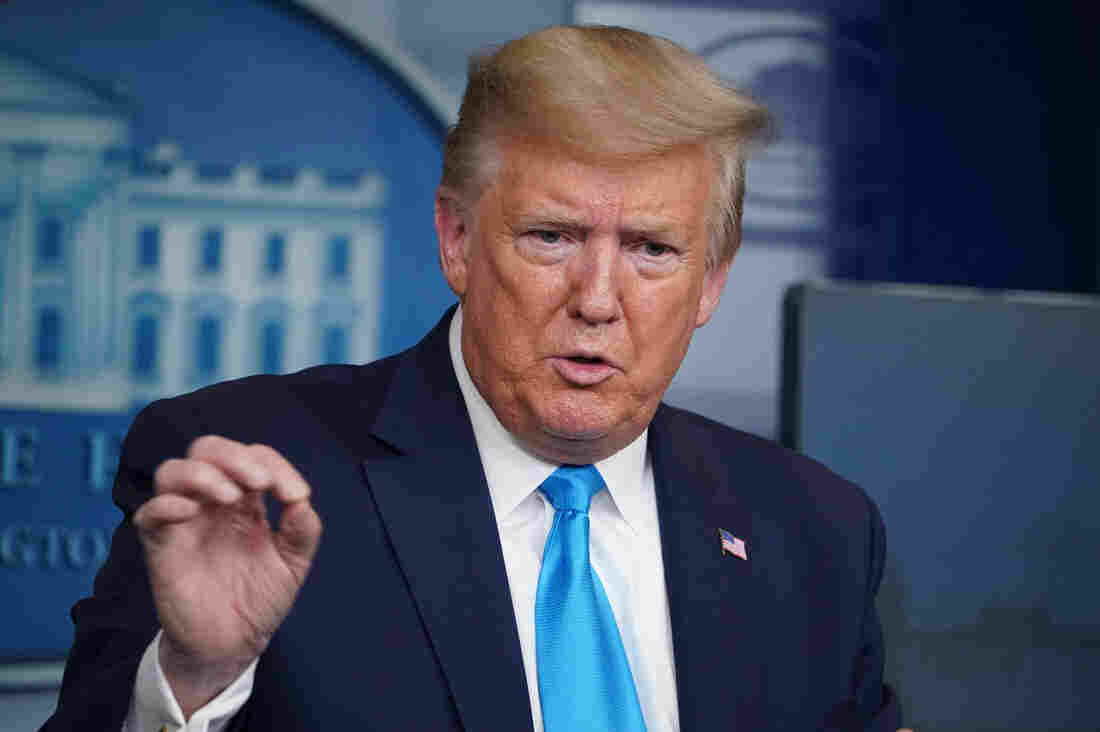 President Trump speaks during a briefing on the coronavirus in April, when he threatened to put a "hold" on funds to the World Health Organization, accusing it of bias toward China and performing badly in the coronavirus pandemic. Mandel Ngan/AFP via Getty Images hide caption 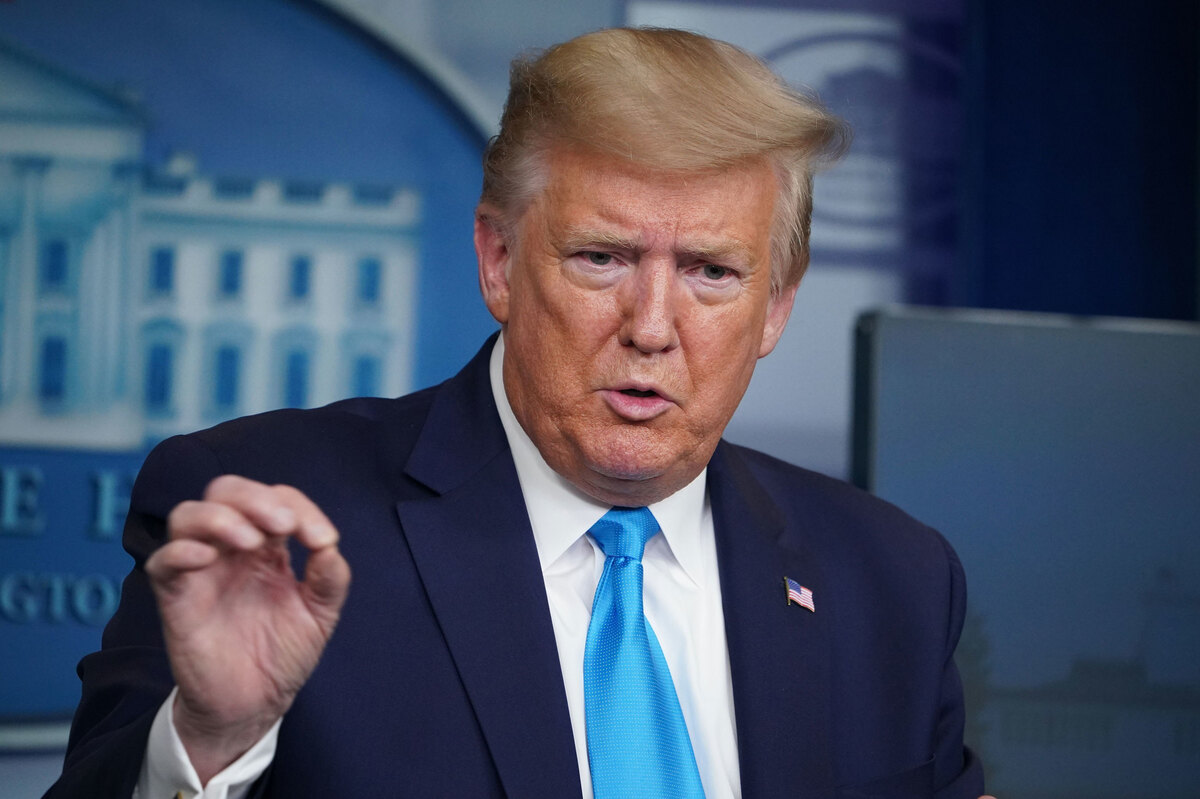 President Trump speaks during a briefing on the coronavirus in April, when he threatened to put a "hold" on funds to the World Health Organization, accusing it of bias toward China and performing badly in the coronavirus pandemic.

In mid-April, when President Trump declared, "Today I'm instructing my administration to halt funding of the World Health Organization," Jimmy Kolker did a double take.

"We were already in arrears before he said anything," says Kolker, who was an assistant secretary for global health affairs during the Obama administration.

Kolker has seen the U.S. get behind before on its payments to the WHO, though never to the degree that it has during the Trump administration. Amid the worst global health disaster of the past century, he notes that close to $200 million was already past due the WHO.

No country owes the World Health Organization more in annual dues than the United States. The $118 million that Washington is supposed to pay the group this year amounts to nearly a quarter of the annual fees the WHO assesses to all 194 of its member states.

On top of this year's overdue payment, according to the WHO, the U.S. also still owes $81 million from last year.

"It's certainly irresponsible and reneging on a commitment that's very clear that we made," says Kolker of the delinquent U.S. payments, "and that we want to uphold and want other countries to uphold."

The money for the WHO was actually approved by Congress last year in its annual appropriation for the United Nations. Democrats in Congress don't think the president can simply decide to withhold the money.

"He can do it temporarily, but he can't do it as a policy," House Speaker Nancy Pelosi said of Trump's declared intention to cut WHO funding, in an interview on All Things Considered. "If he wants to hold up some money, that is questionable in terms of its legality. But he cannot stop the money ever from going."

There are actually two pots of money at stake. The first is the funding already approved by Congress, whose payment the U.S. has fallen behind on. 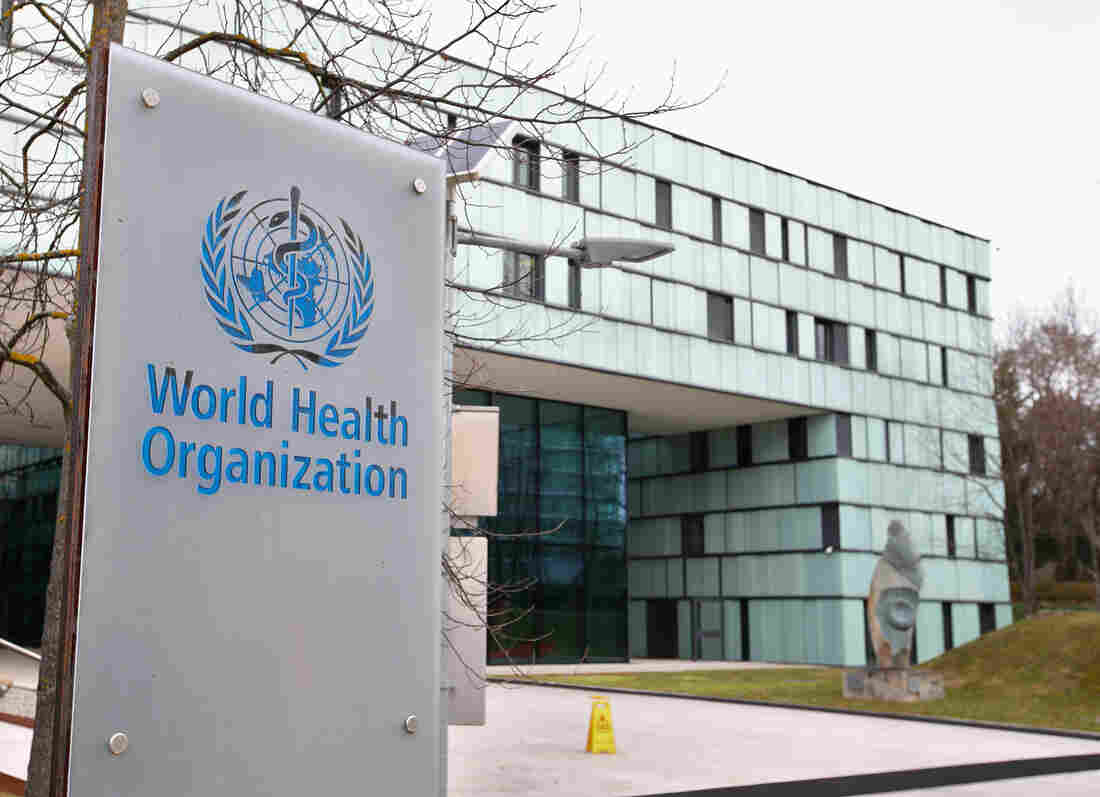 The U.S., according to the World Health Organization, has paid none of this year's assessed fees and still owes $81 million from last year. Denis Balibouse/Reuters hide caption 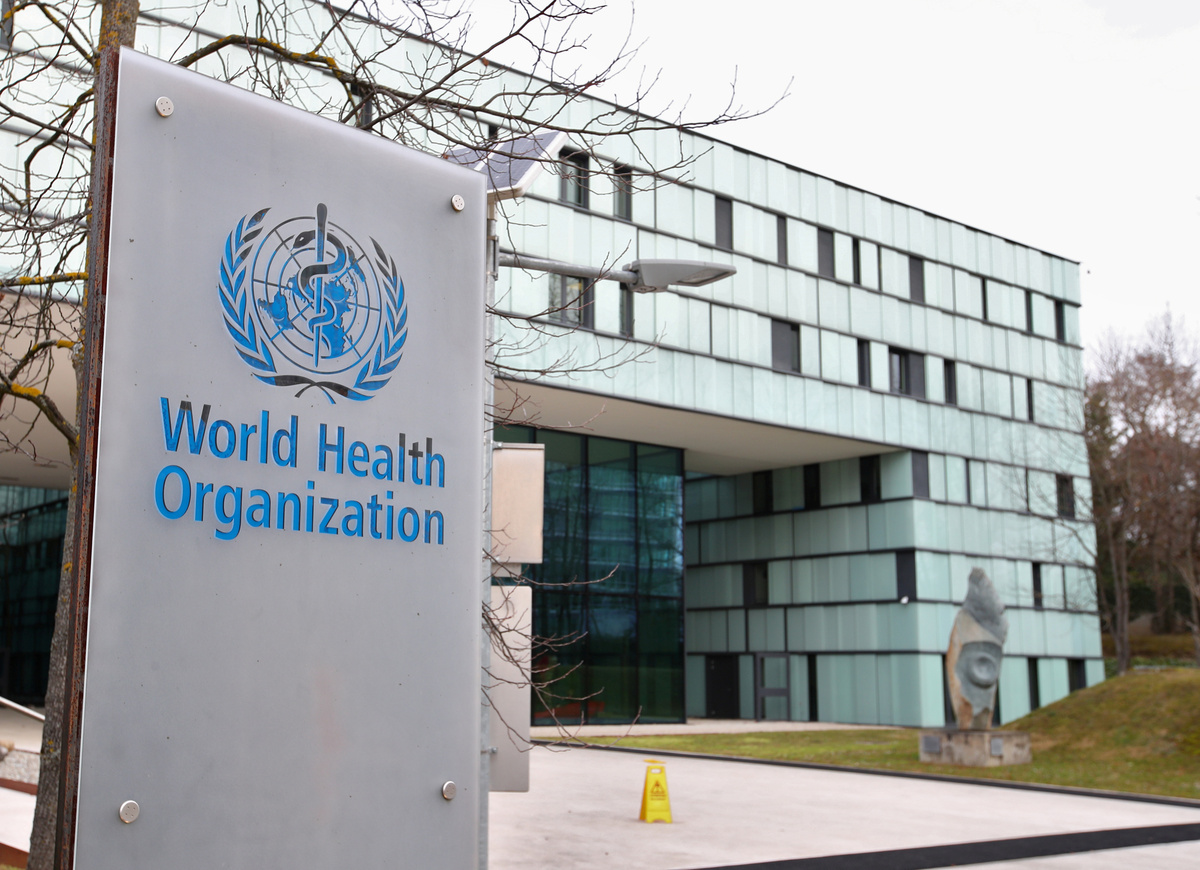 The U.S., according to the World Health Organization, has paid none of this year's assessed fees and still owes $81 million from last year.

The second pot of money is future spending to support the WHO.

Those yet-to-be-appropriated funds are what appear to be in peril. According to a State Department spokesperson who requested anonymity, the 60- to 90-day funding halt that Trump ordered affects only that new money for the WHO — not the funds Congress has already approved.

Trump says a review is needed to investigate what he calls the WHO's failure to challenge official Chinese government accounts with "credible reports from sources in Wuhan" about human-to-human transmission of the coronavirus in December.

Secretary of State Mike Pompeo warned last month on Fox News that there might be no more money coming from the U.S. for the WHO.

"It may be the case that the United States can never return to underwriting, having U.S. taxpayer dollars go to, the WHO," Pompeo told Fox host Laura Ingraham. "We may need to be, have even bolder change than that."

According to Pompeo's director of foreign assistance, James Richardson, the secretary of state and former CIA director wants to redirect global health funding to groups other than the WHO.

"There are plenty of amazing and highly qualified organizations implementing these programs around the world," Richardson told reporters late last month at a State Department briefing, "and to be honest, no organization — or country, for that matter — is owed a single nickel from the American people."

But with its hefty backlog of unpaid dues, what the U.S. actually owes the WHO is well more than a nickel. As the nation responsible for 15% of the WHO's overall budget, the U.S. now stands alone among the world's wealthy nations in not paying off not only this year's annual assessment, but last year's as well.

Yet at the same time that the U.S. hasn't paid back dues, it has made other payments. The WHO did receive about $57 million in payments from the U.S. in early January, hours after the organization put out a public statement about a new outbreak of pneumonia in Wuhan, China, of "unknown cause." But those funds were to settle only the balance of what had been owed for 2018 and a part of membership dues for 2019.

And it did send $30 million to the WHO for its COVID-19 response fund.

Those mixed signals on payments are why Ashish Jha, director of the Harvard Global Health Institute, says Trump is simply seeking to make the WHO a scapegoat.

"I don't think that there is any real appetite in the U.S. government to walk away from WHO for the long run," Jha noted in a webinar organized this month by the Council on Foreign Relations. "This is much more political posturing, so part of me just sort of says we should take the president and his bluster a little less seriously."

Especially when that president says he's cutting off funding to the WHO and, it turns out, money for the organization was already being held up.