Accessibility links
Brian Dennehy's 'Driveways' Performance Is Gruff, Graceful — And A Goodbye Dennehy, who died April 15, plays a suburban widower who befriends a mother and her son in one of his last films. It's the kind of deeply lived-in performance that Dennehy was known for. 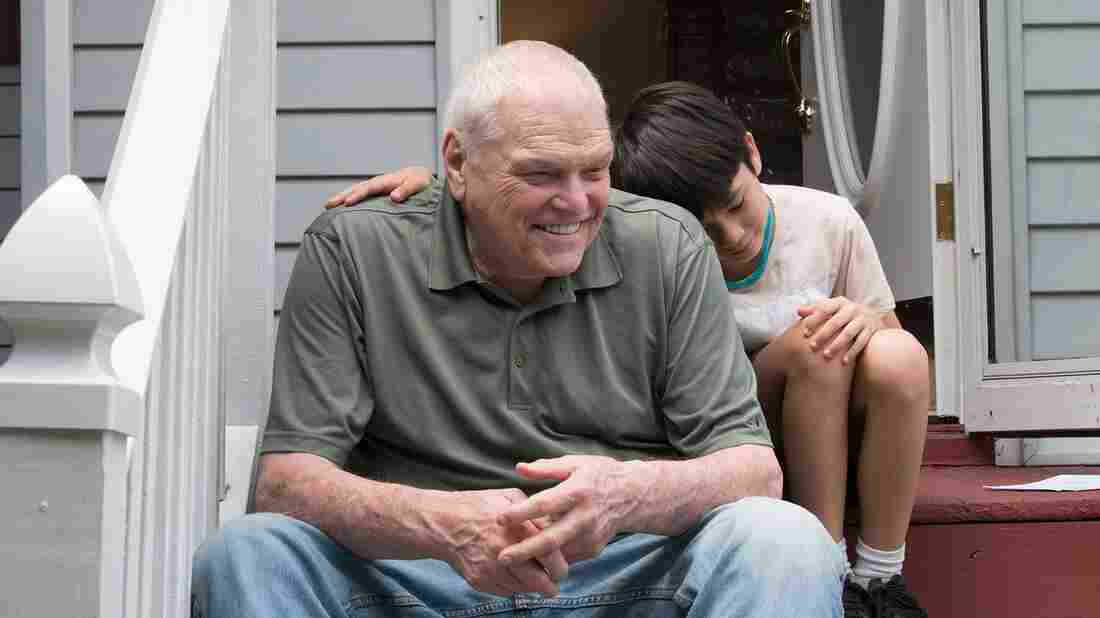 When 8-year-old Cody (Lucas Jaye) temporarily moves into the house next door to Del (Brian Dennehy), the two strike up an unlikely, intergenerational friendship. Dennehy died April 15 at the age of 81. Courtesy of FilmRise hide caption 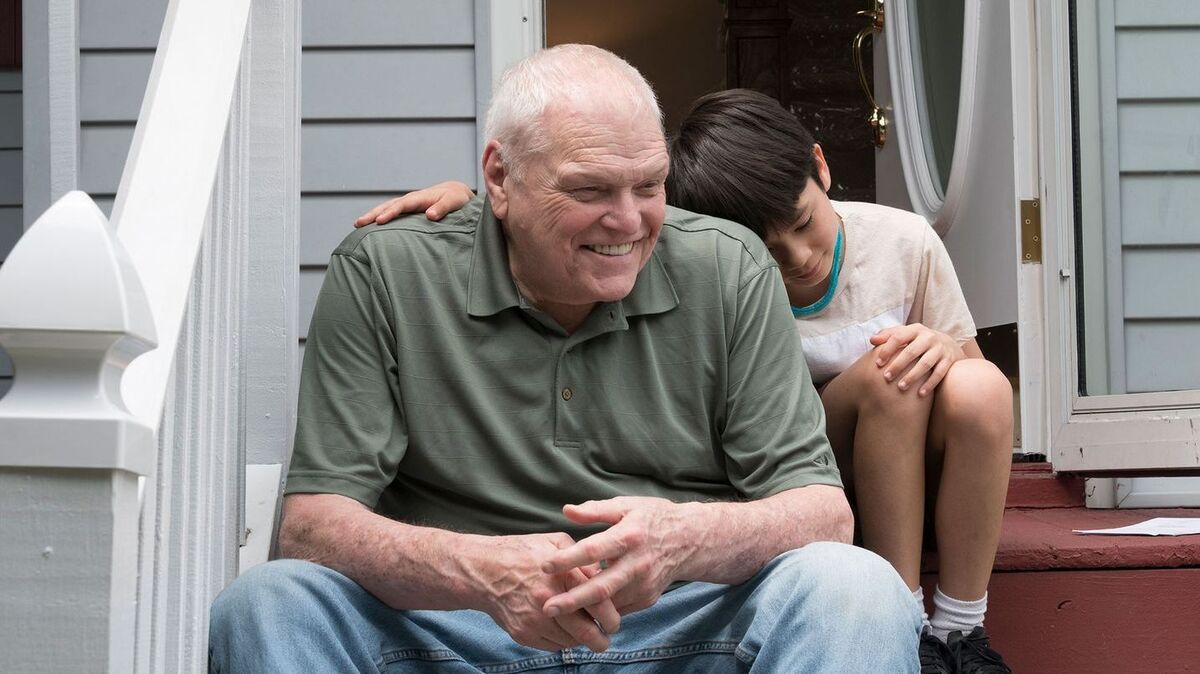 When 8-year-old Cody (Lucas Jaye) temporarily moves into the house next door to Del (Brian Dennehy), the two strike up an unlikely, intergenerational friendship. Dennehy died April 15 at the age of 81.

When I first saw the lovely independent film Driveways last fall, I didn't know that I was watching one of Brian Dennehy's final performances. I remember thinking he was wonderful in the movie, which in itself was no surprise. I also remember wishing that this great American actor, so acclaimed for his work on stage and television, had been given more of his due in movies. In Driveways, Dennehy gives the kind of graceful, deeply lived-in performance that reminds you why he was so often taken for granted: When you never hit a false note, you run the risk of making it look easy.

Dennehy plays a suburban widower named Del who befriends a woman and her 8-year-old son when they temporarily move into the house next door. Kathy, played by Hong Chau, and her son, Cody, played by Lucas Jaye, have driven some distance so they can clean out the house of Kathy's late sister, April, and put it on the market. Easier said than done: April was quite the packrat, and the house is a mess, full of boxes and clutter, and with a dead cat lying in the bathtub.

We get to know the characters gradually. Kathy is studying to be a nurse, and we can sense immediately that she's a great mom: She's always looking out for Cody, nagging him to eat more and encouraging him to come out of his shell. Cody is a shy, sensitive kid who likes to keep to himself.

But then Cody meets Del, a Korean War vet who lives next door and spends a lot of his time sitting on his front porch. Things don't get off to a promising start. In one scene, Cody gets water splashed on his T-shirt, and Kathy, mistakenly thinking Del was responsible, goes over to confront him.

Del might seem gruff at first, but it doesn't take long for him and Kathy and Cody to warm up to each other. Kathy helps Del out by driving him to an appointment, and Del returns the favor by looking after Cody one afternoon following a babysitter mishap. Del and Cody bond naturally and with minimal conversation; sometimes Cody just likes hanging out on Del's porch, reading a book while Del looks at his newspaper. "He's good company," Del says.

All this might suggest a sappy, paint-by-numbers setup, or maybe the indie dramedy version of Pixar's Up: Cranky old man bonds with cute kid. But the movie is subtler and more delicate than that. The screenwriters, Hannah Bos and Paul Thureen, don't try to engineer big emotional moments or shock us with cathartic revelations. They simply show us three people at different life stages coming together under imperfect circumstances and, somehow, fitting together perfectly.

Chau, a great actress known for her work in the movie Downsizing and the TV series Big Little Lies, beautifully captures Kathy's lingering guilt at not having spent more time with her sister. Cleaning out the house becomes her way of getting to know a sibling who was, in many ways, a mystery. Jaye is also terrific as a smart, thoughtful kid who doesn't make new friends easily, but desperately needs the support and validation of others.

The movie was directed by the Korean American filmmaker, Andrew Ahn, who made the moving and perceptive coming-of-age drama Spa Night. It was Ahn's decision on Driveways to cast Kathy and Cody with Asian American actors, a choice that enriches the film without calling attention to itself. It's a gentle reminder that cross-cultural relationships happen every day in America, even if our movies don't always reflect that reality.

Watching Driveways a second time recently, I found it even more emotionally affecting than before. That's partly because its portrait of neighborly goodwill strikes a resonant chord at the present moment, when many of us are staying home and isolating from others. But mostly it's because of Dennehy. At one point, Del gets a quietly stirring monologue in which he looks back on his life — his military service, his decades-long marriage, his blessings and failings as a husband and father — and sums it all up with an exquisite mix of joy and regret. Like all great actors, Dennehy left us far too soon, but it's hard to imagine a more poignant farewell.