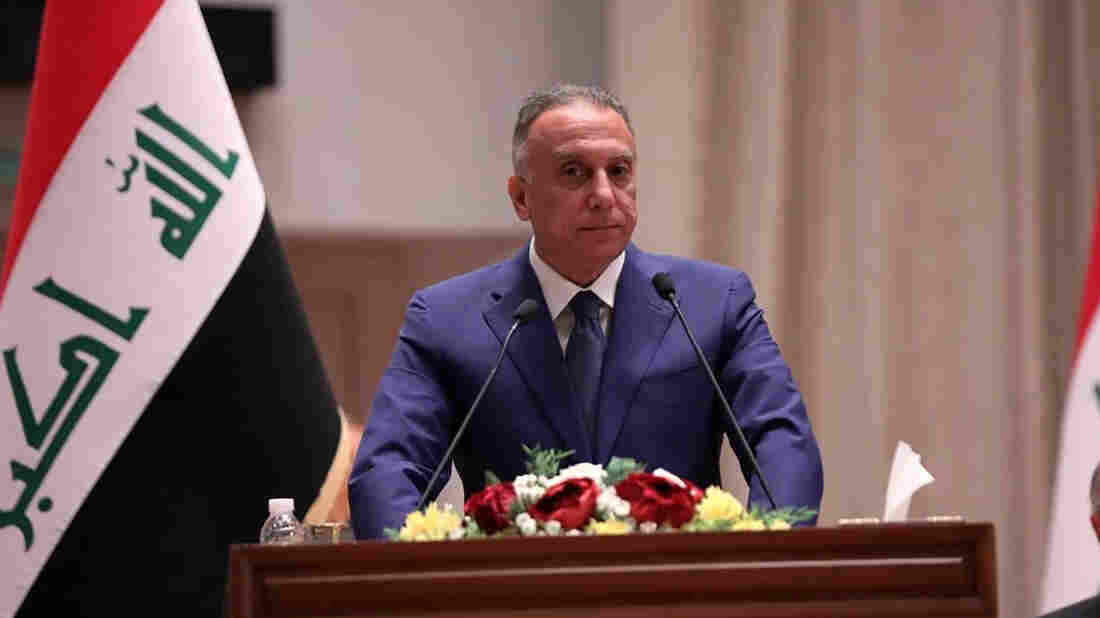 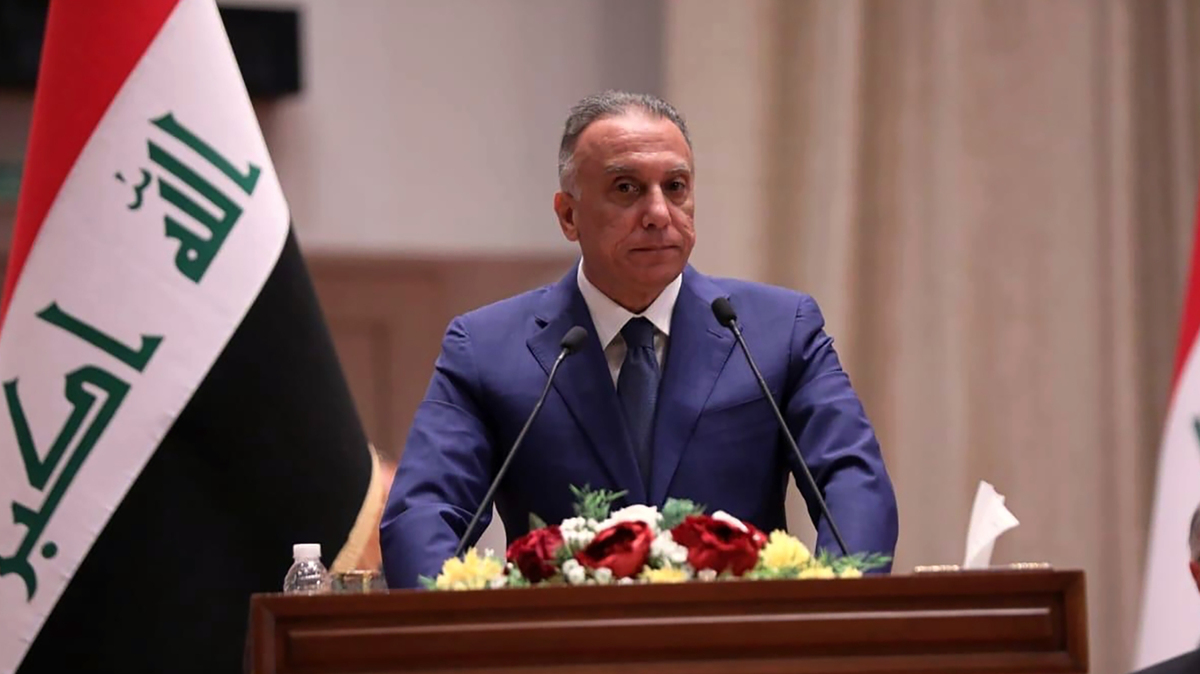 Mustafa al-Kadhimi speaks to Parliament in Baghdad on Thursday. Iraq's former spy chief was sworn in early Thursday as prime minister after weeks of tense political negotiations as the country faces a severe economic crisis spurred by the coronavirus pandemic.

Iraq finally has a new government. More than five months after the country's caretaker prime minister announced he would resign amid anti-government protests, Parliament early Thursday approved intelligence chief Mustafa al-Kadhimi and most of his Cabinet.

Kadhimi, 53, has the backing of both the U.S. and Iran. He has struggled in recent weeks to win support from influential Iran-backed Shiite political factions. In the end, Kathimi won enough support from Parliament without the backing of at least one key former prime minister, Nouri al-Maliki, who opposed his nomination.

Amid a coronavirus lockdown, government planes headed south to Basra and north to the Kurdish capital, Irbil, to bring members of Parliament to Baghdad for a session that began late Wednesday and continued into early morning. The proceedings were closed to the press.

U.S. Secretary of State Mike Pompeo immediately called Kadhimi to congratulate him on forming the new government and offered a reward of sorts — extending a waiver of U.S. sanctions against Iran by allowing Iraq to import Iranian fuel for four months instead of 30 days.

Kadhimi returned from exile in London to Iraq after the U.S. toppled Saddam Hussein in 2003 and worked as a journalist before becoming intelligence chief.

Parliament voted to approve 15 of his proposed Cabinet ministers while rejecting another five and postponing a vote on two others. One of Kadhimi's main tasks will be overseeing early elections.

But he will have a lot to tackle before then.

"First and foremost is dealing with the COVID consequences and how to treat this crisis in terms of the health side of it and the financial aspect of it," Iraqi political analyst Farhad Alaaldin tells NPR.

"And due to the oil price fall Iraq is facing a large revenue shortage that makes it difficult to pay salaries and expenses," says Alaaldin. "Then you have political instability still there ... and you have the Iran-U.S. conflict."

The U.S. is sending a high-level State Department delegation to Iraq next month to discuss the future of U.S. forces in the country. There has been growing opposition to the U.S. military presence — mostly organized by Iran-backed militias and political parties — after the United States killed Iranian commander Qassem Soleimani and a senior Iraqi official in a drone strike in Baghdad in January.

Kadhimi has also met with Iraqi protest leaders and pledged to battle government corruption — a key demand of the young protesters. The previous prime minister, Adel Abdil Mehdi, was forced to resign after hundreds of unarmed protesters were killed by security forces.