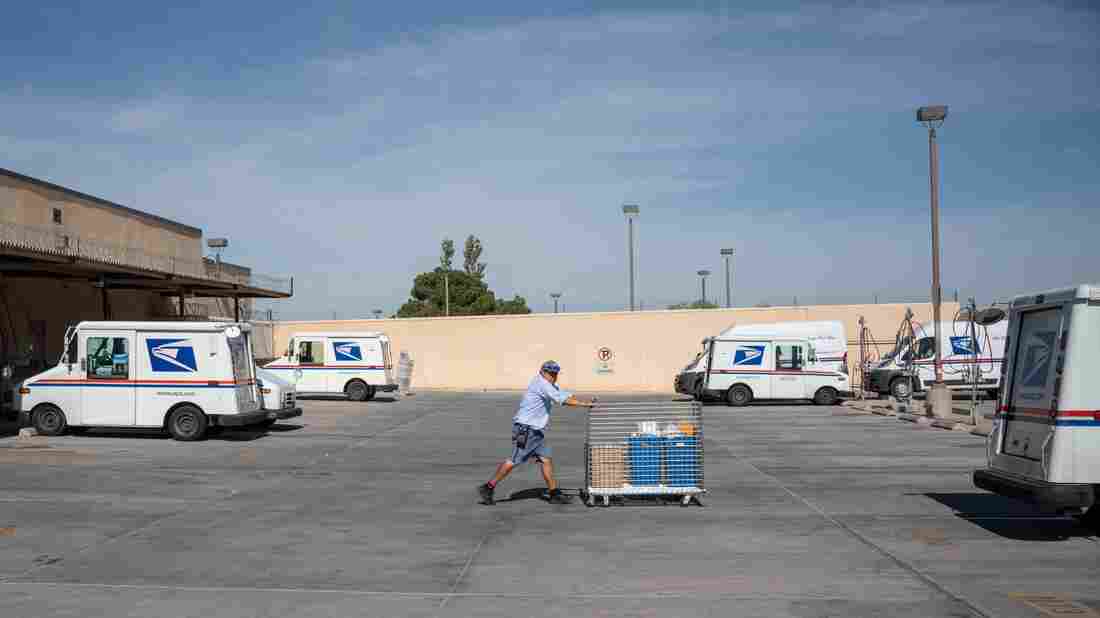 The United States Postal Service is getting a new postmaster general. Louis DeJoy is set to take over in June. Paul Ratje/AFP via Getty Images hide caption 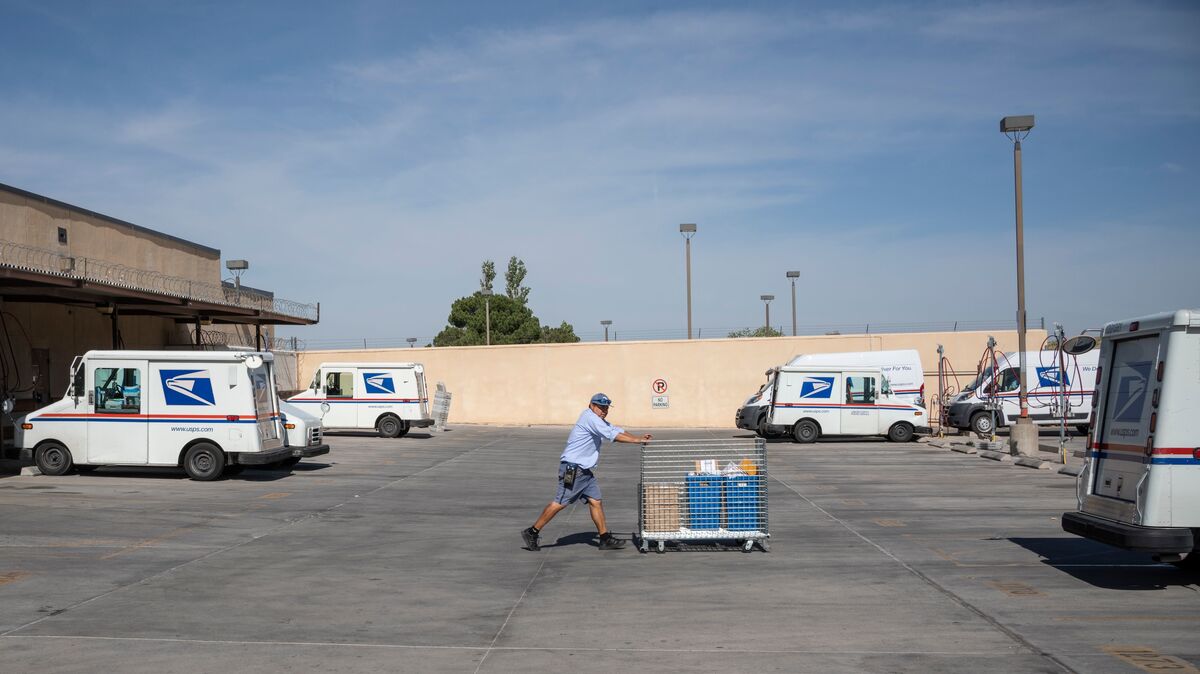 The United States Postal Service is getting a new postmaster general. Louis DeJoy is set to take over in June.

Louis DeJoy, a North Carolina businessman who has given millions of dollars to the Republican Party, including the Trump campaign, has been named the nation's new postmaster general.

The U.S. Postal Service's Board of Governors made the announcement Wednesday night.

"Louis DeJoy understands the critical public service role of the United States Postal Service, and the urgent need to strengthen it for future generations," said Robert Duncan, chair of the Board of Governors. "The Board appreciated Louis' depth of knowledge on the important issues facing the Postal Service and his desire to work with all of our stakeholders on preserving and protecting this essential institution."

DeJoy said in a statement that he looks forward "to working with the supporters of the Postal Service in Congress and the Administration to ensure the Postal Service remains an integral part of the United States government. Postal workers are the heart and soul of this institution, and I will be honored to work alongside them and their unions."

The New York native was chairman and CEO of New Breed Logistics, which among other things worked with the Postal Service. He is expected to begin serving in his new role effective June 15.

DeJoy has contributed more than $1.2 million to the Trump Victory Fund, and millions more to Republican Party organizations and candidates, according to Federal Election Commission records. He was also in charge of fundraising for the Republican National Convention.

"The idea that we would appoint and accept the appointment of a partisan political donor with no credentials ... is reckless and irresponsible ... and a stick in the eye by Trump to a service Americans count on every day," Rep. Gerry Connolly, D-Va., told NPR.

But Paul Steidler, a senior fellow with the conservative Lexington Institute, said that the appointment means "the reset button has been pushed on potential additional congressional assistance to the U.S. Postal Service ... and on postal reform generally. This provides an opportunity for major and overdue reforms, rather than just putting tens of billions of dollars into a broken business model."

The Postal Service's finances have been a problem for many years. It ran a deficit of $8.8 billion last fiscal year, and Postal Service officials are in talks with the Treasury Department over terms of a $10 billion line of credit for the agency, which Congress included in the CARES Act approved in March. Without significant financial help, postal officials have warned the agency may soon run out of cash.

Trump, who has called the Postal Service a "a joke," said the agency should quadruple the amount it charges for shipping packages for companies such as Amazon. Amazon's CEO Jeff Bezos also owns The Washington Post, a frequent target of Trump's criticism.

DeJoy wasn't always a fan of the president, or at least not his TV show. In a 2005 interview with Greensboro, N.C., News & Record, DeJoy said in reference to The Apprentice, "That attitude that you are the most important person is self-destructive." DeJoy told the paper that his business relies on a team of people, many of whom have been with him for a decade, adding if he were a contestant on the show, "I'd be fired."

DeJoy's North Carolina-based firm repaired Postal Service equipment including mail bags and hampers. He told the Triad Business Journal in 2016 that the contract "was awarded to me in '92 and wound up being a $3.5 billion-$4 billion program."

According to the publication, he sold the company for $615 million in 2014.

DeJoy becomes the nation's 75th postmaster general, replacing Megan Brennan, who announced her intention to retire last year. DeJoy is the fifth outsider to run the postal service since 1971 when it became a quasi-independent government agency.

A previous version of this Web story incorrectly said President Trump appointed Louis DeJoy as postmaster general. He was appointed by the USPS Board of Governors.