Accessibility links
Our Daily Breather: Maintaining Sanity During A Pandemic In Our Daily Breather, we ask artists to recommend ways to find calm in the midst of the COVID-19 crisis. Jimmy Webb has been building model airplanes, as he did as a child with his father. 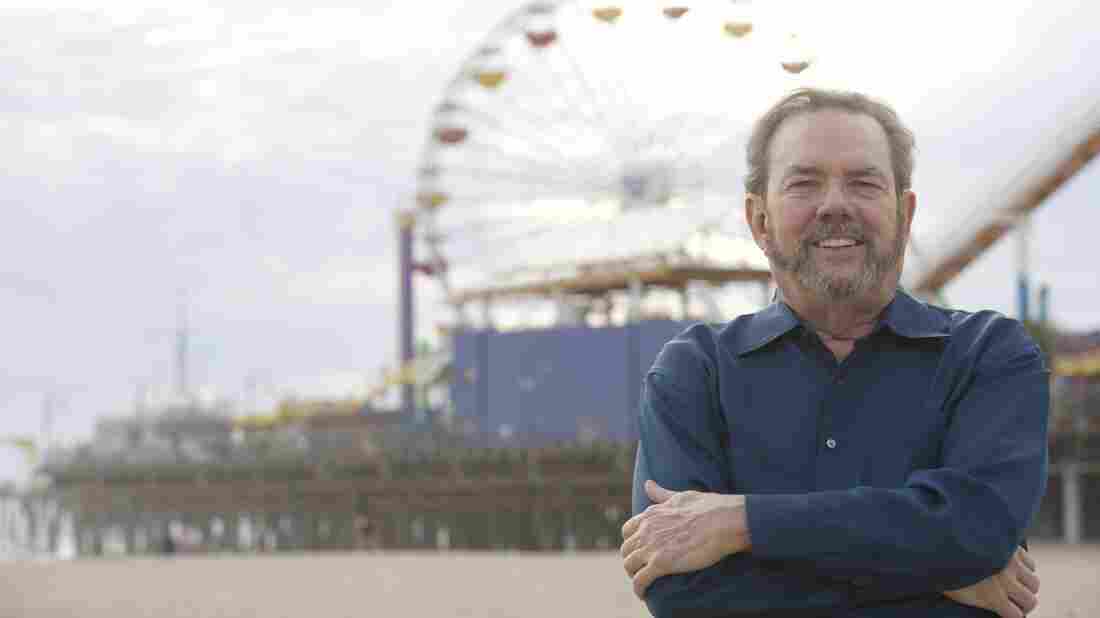 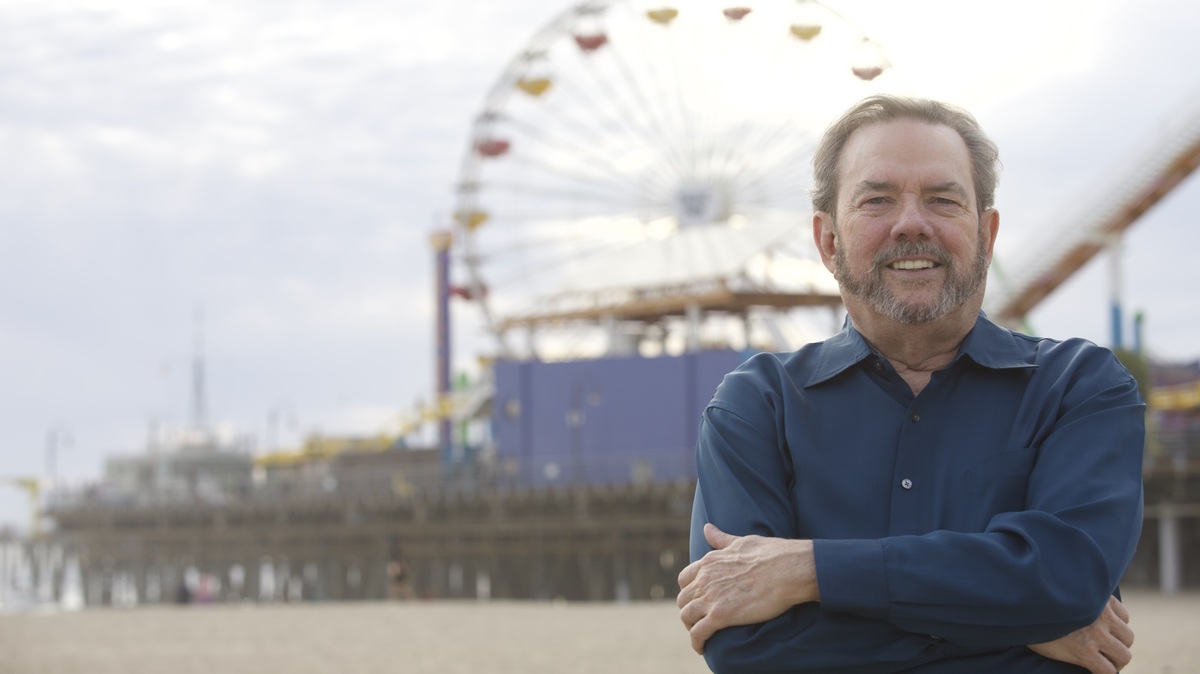 I find myself at home, like most of the world right now. But for me it is a bit of a luxury because I spend so much time on the road. My touring and concerts have been postponed until the world opens again.

So, I am working on songs for a new record. Funny how this pandemic tragedy puts a different light on the way we look at ourselves. I'm trying to turn the grief and fear toward piano and voice, preparing for the day when I am once again able to take the stage, God willing.

My wife Laura and I are fortunate enough to have access to a nearly deserted beach and we've been walking to keep our heads clear. We've been engaging in video calls with my four siblings, and with my six grown children and two grandchildren, Josephine and Brigitte. Jojo lives in California with her parents (two more of my kids are there). Brigitte and my son and his fiancé are in Australia. I have another son in Vietnam! One in Nashville. We are in New York, the hotspot. These video calls underscore the immediacy of global living. Like it or not, we are all literally in the same boat.

My one guilty pleasure is building my Spad XIII airplane model. My father and I used to build models together and I commune with him as I roll it old style: balsa, tissue, glue and guile while I pray earnestly for those in distress, in the darkness, on the frontlines. 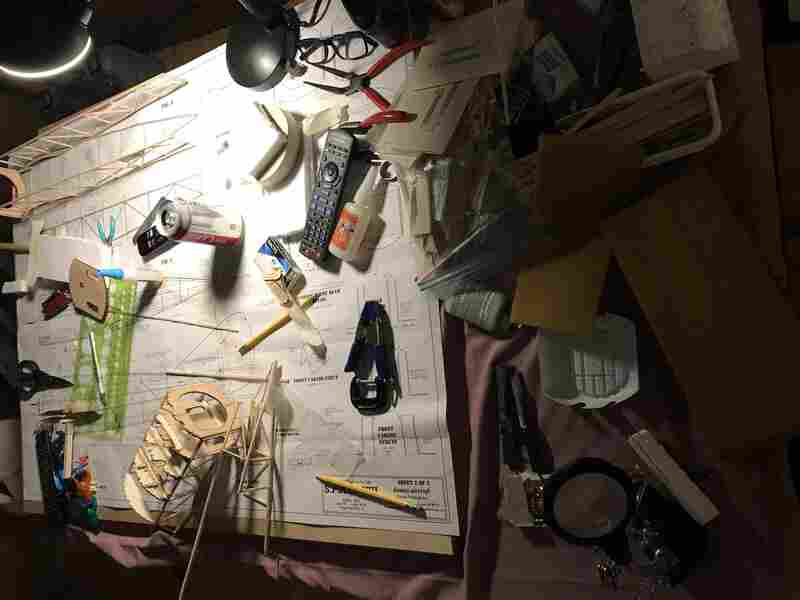 Jimmy Webb has been working on model airplanes. Jimmy Webb/Courtesy of the artist hide caption 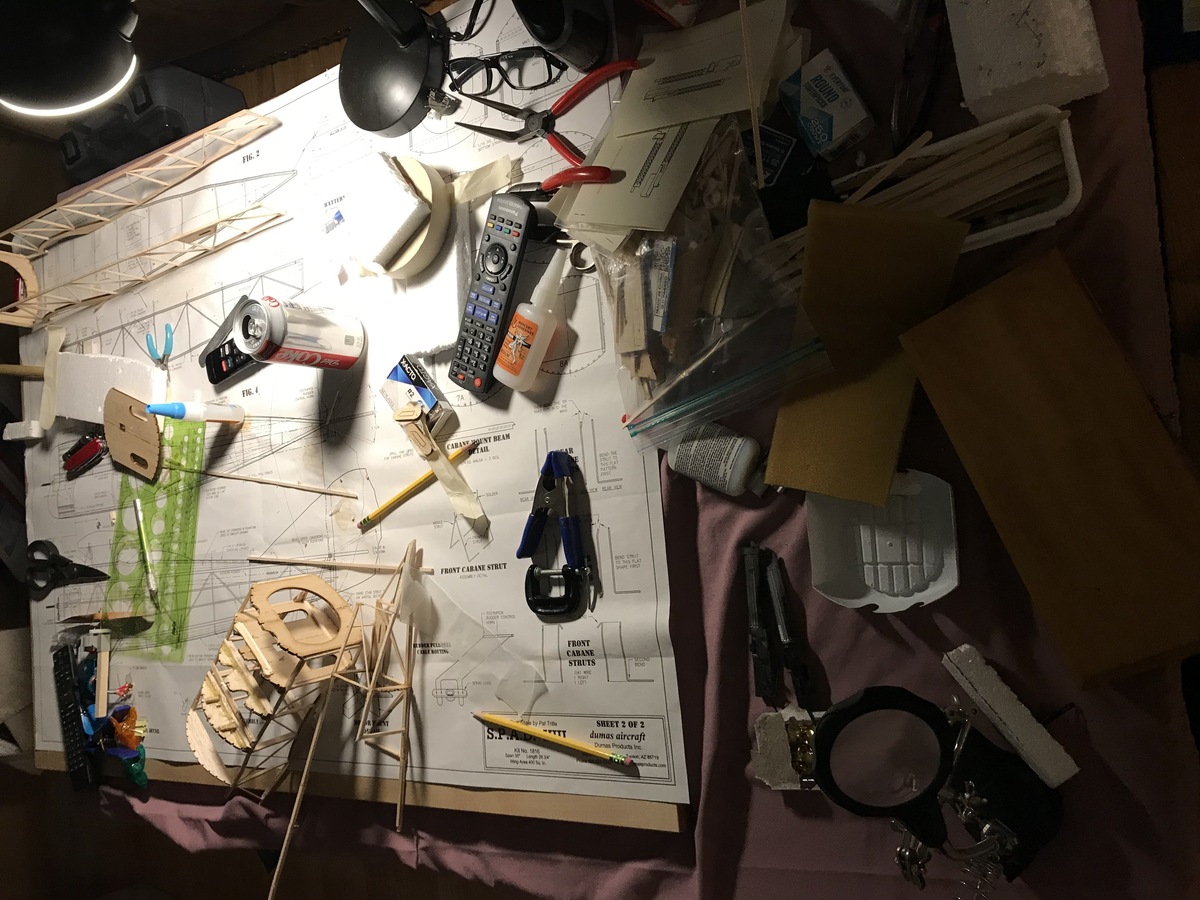 Jimmy Webb has been working on model airplanes.

Jimmy Webb/Courtesy of the artist

One of my earliest memories is sitting at the end of the Oklahoma City airport runway with my Dad in his pickup's cockpit watching the Viscounts and Constellations roar with pride as they cleared the fence at dusk; off to Germany and New York and other strange places. At home in the surprisingly sharp and bitter Oklahoma winters we would build model airplanes: Dad loved "control line" models like the Stirling Ringmaster. I went for the "s"-shaped sailplane with its high long wing, built for "free flight," which we launched and chased over the wildflowered fields of spring.

To this day my father's spirit of patience, exactitude, surrounded by the smell of glue and "dope" is easily summoned to this aging brain. I would watch his hands shaping the spars and ribs of the wings with miniature tools to fit the job. It was a Lilliputian struggle with an utterly fragile material: balsa. Balsa was amazingly strong along the grain but unforgivingly brittle to any pressure at 90 degrees. Sometimes an airplane had to be built two or three times before achieving maturity because the nth degree of contact with force at 90 degrees could wreck whole sections of the build. "Soft hands," Dad would whisper after a cockup while, without hesitating, he cleared the wreckage and resumed the rebuild.

Spring would burst on this austere stage and we would gleefully pack the pickup with our winter spoils, Dad's Ringmaster coming off the wires and smashing into a parishioner's windshield. My great graceful beauties launched into the cloudless sky to fly ... God only knew where! We left our phone number inside the plane in case it happened to be found. Once, we received a call after two years from a farmer 30 miles away who had plowed one to the surface in his alfalfa patch.

During these Orwellian days of forced confinement, I find consolation in building the old planes with my Dad, two years gone now, but still whispering in my ear: "Easy does it" and, "Measure twice, cut once" as the beautiful wood curls spring from the hand plane like living things. "This too will pass," he whispers. "And then spring will come."

Jimmy Webb's most recent release is SlipCover, a collection of cover songs.