Accessibility links
Inside A Secret Library In Syria "What most amazed me was that this library was 5 or 6 feet below streets where people were being sniped and bombs were going off," says the BBC's Mike Thomson about a secret library in Durayya, Syria. 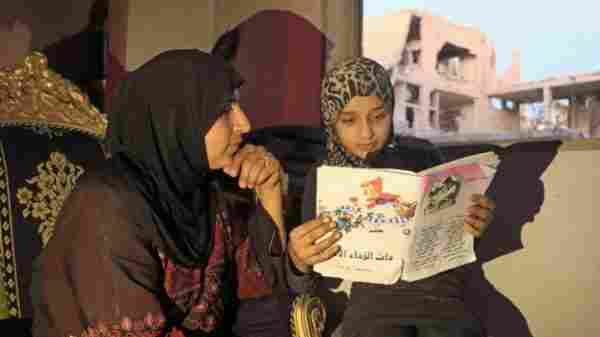 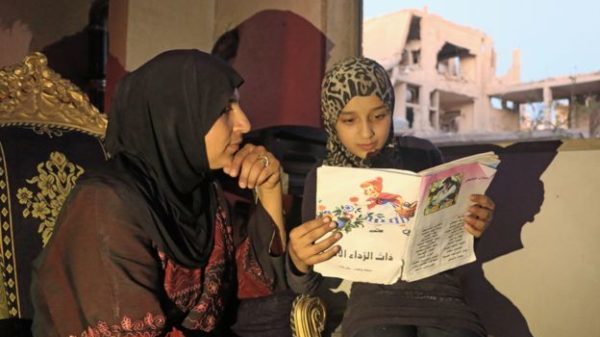 A young girl named Islam reads a book to her mother.

For a country ravaged by ongoing war, and now by a pandemic, planning for the future might seem difficult—if not totally futile.

But that's just what a group of young Syrians were doing when they built a secret library from books they spirited out of bombed buildings.

Anas Ahmad, one of the founders of the library, recalled:

"We could see that it was vital to create a library in order to continue our education. To find material for the shelves, we went to abandoned buildings, collected any wood we could find, then brought it back here. In many cases we get books too from bombed or shell-damaged homes. Most of these places are near the front lines, so collecting them is very dangerous."

We spoke with Mike Thomson, BBC World Affairs correspondent, to talk about his experiences getting to know these brave and dedicated book lovers. Thompson's new book is titled, "Syria's Secret Library: Reading and Redemption in a Town Under Siege."