Accessibility links
Review: 'Little Eyes,' By Samanta Schweblin In her new novel, Samanta Schweblin gives everyone in the world a little critter that's basically a Furby with a webcam — naturally, this does not end well, for the owners, the devices, or anyone. 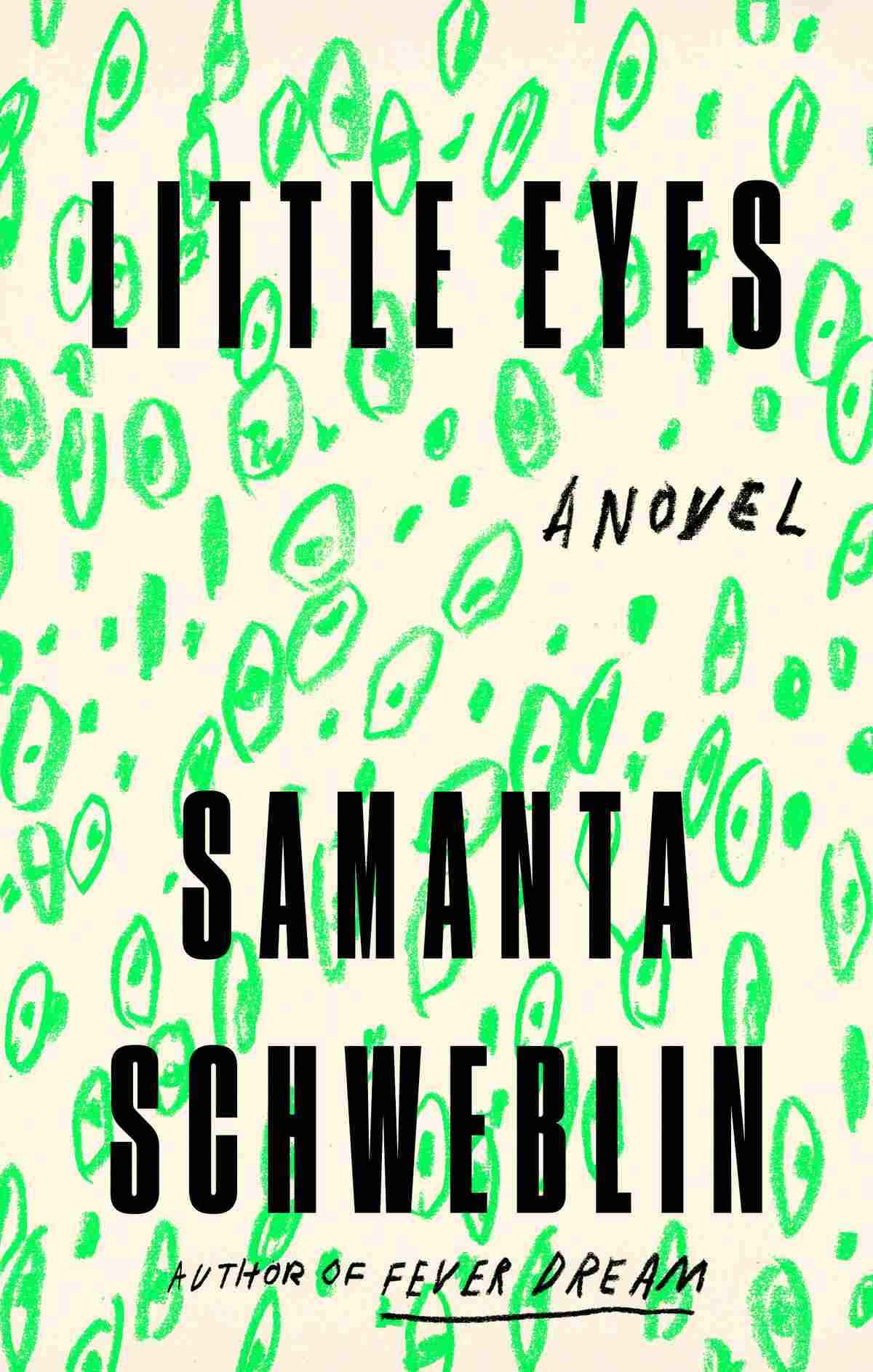 Samanta Schweblin is not a science fiction writer. Which is probably one of the reasons why Little Eyes, her new novel (translated from Spanish by Megan McDowell) reads like such great science fiction.

Like Katie Williams's 2018 novel Tell The Machine Goodnight before it, Little Eyes supposes a world that is our world, five minutes from now. It is a place with all our recognizable horrors, all our familiar comforts and sweetnesses, as familiar (as if anything could be familiar these days) as yesterday's shoes. It then introduces one small thing — one little change, one product, one tweaked application of a totally familiar technology — and tracks the ripples of chaos that it creates.

In Tell The Machine, it was a computer that could tell anyone how to be happy, and Williams turned that (rather disruptive, obviously impossible) technology into a quiet, slow-burn drama of family and human connection that was one of my favorite books of the past few years. Schweblin, though, is more sinister. She basically gives everyone in the world a Furby with a webcam, and then sits back, smiling, and watches humanity shake itself to pieces.

You remember what a Furby is, right? They were those creepy-cute, fuzzy animal toys that could blink and squawk and sing, dance around and respond to some basic commands. They were toys that pretended (mostly poorly) that they were alive.

Schweblin ... gives everyone in the world a Furby with a webcam, and then sits back, smiling, and watches humanity shake itself to pieces.

Schweblin's version is called a kentuki. It's a simple, fur-covered crow or mole or bunny or dragon with cameras for eyes, wheels, a motor. And a person inside. Virtually, of course. Not, like, for real. Because that would be horrifying. And Little Eyes is absolutely horrifying, but not that kind of horrifying.

A server connection makes each Kentucki a perfect dyad: There's the person, the "keeper," who went out and bought the thing, brought it home, turned it on, let it loose in their home or wherever. And then there's the "dweller," the person who watches through the kentuki's eyes and listens through its ears and moves it around from the (relative) safety of their own computer screen.

The keeper lets the kentuki into their lives like a pet, knowing full well that there is an actual person on the other end of it, but not knowing who. The keeper can talk and the dweller will see a translation into their language, but the dweller can't talk back. The kentuki (with the dweller inside) can move around, hear and see, make species-appropriate noises, nothing more.

Or, actually, just one thing more. It can die.

One life per connection. That's the deal. If either side switches off, that's it. The kentuki is dead. If the battery runs down, if the kentuki itself is damaged in some fatal way, it's lights out. Connections can't be traced. They can't be chosen or re-made. There's a finality to the relationship. A heavy reality, bounded by life and death at either end and the juicy, exciting, terrifying, horrible middle bit where two human beings connect via the lens of a felt-covered plastic mole with camera eyes.

Narratively, Little Eyes drifts. It alights, here and there, to tell quick one-off vignettes (like the one about the retirement home director who bought a bunch of kentuki for his residents) and longer, twining stories about keepers and dwellers from all over the world. There's Emilia in Lima, Peru — an old woman with a grown son in Hong Kong who doesn't call her enough — who becomes a dweller inside Eva's bunny in Erfurt, Germany. There's Alina, at an artist's residence in Mexico who buys a crow kentuki for company once she realizes that her artist boyfriend isn't paying much attention to her now that he has a gallery show to get ready for.

In Antigua, a boy called Marvin is mourning his mother, who recently died. He buys a connection as a dweller and ends up inside a toy dragon living in a shop window somewhere far to the north, in Sweden, where he wants nothing so much as he wants to touch the snow. In Zagreb, Grigor has a plan — tending to dozens of kentuki connections alive on dozens of tablets, and then selling them off at a premium to customers who want a more curated experience.

Schweblin uses the multiple narrators to highlight the different facets of the keeper-dweller relationship, and at the most basic level, that's what this kind of narrative frame is built for. But she goes further, too — using her multiple lenses (and her many sets of little eyes...) to watch as the world slowly fills up with kentuki. As they become ubiquitous, loved and loathed, used as temporary escapes from conflict zones in Sierra Leone and the focus of radical kentuki liberation activists. Is a kentuki alive-alive while it is alive? Are they dangerous? Can they be loved? Schweblin asks these questions on the sidelines of every story, showing us glimpses of Haitian taxicab kentuki used as radar detectors for $5 a run, a Swedish underground railroad for escaped kentuki, and mass burials of dead ones in Mexico.

If the idea of a human pet, of a Furby with a person inside, was a loose thread idly toyed with on page 1, then Schweblin spends the next 249 slowly pulling at it — expertly unraveling the humans on either end of the kentuki's virtual connection. You know from the start — from the very first all-too-plausible vignette set in a teenage girl's bedroom in Indiana — that everything will end in fire and blood and tears. You just know.

But still, you can't stop watching. Even when you want to — even when Schweblin shatters your trust and twists the knife as Little Eyes reaches its absolutely gutting, absolutely haunting conclusions — you just can't look away.