Accessibility links
California Special Election: Democrats Fear Loss Against Trump-Backed Candidate In a rural and suburban district north of Los Angeles that Democrats flipped in 2018, a Republican candidate is gaining ground amid debates about how to respond to the pandemic. 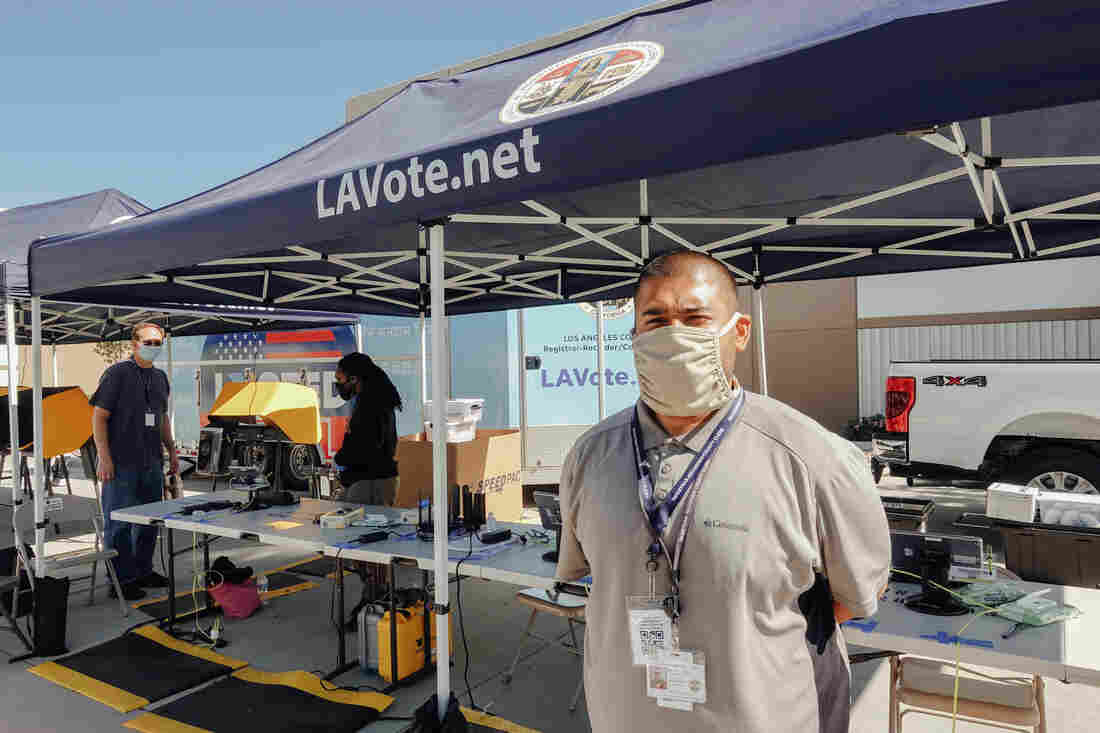 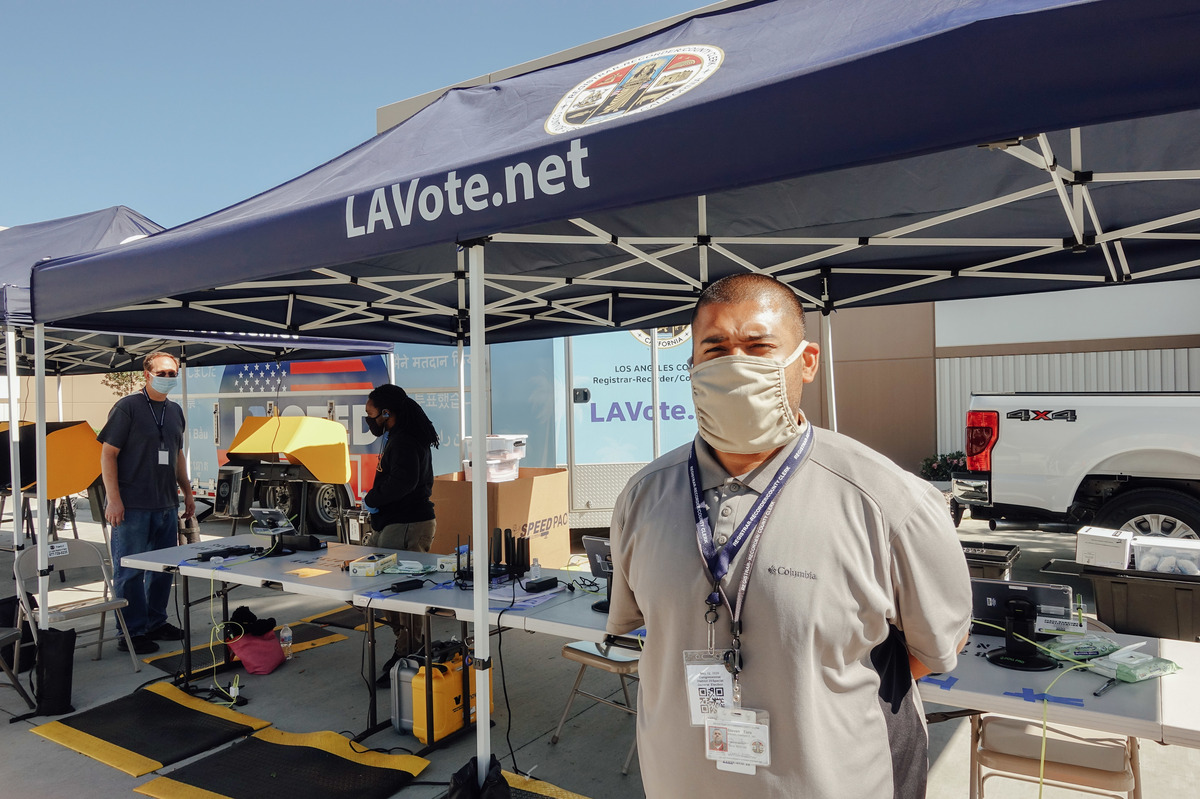 Ahead of a May 12 special election for a U.S. House seat in the northern suburbs of Los Angeles, Democrats are suddenly concerned they could lose hold of a seat that their party had just gained in the 2018 midterms.

The election in California's 25th Congressional District is taking place in not only the shadow of the coronavirus pandemic but also the scandal that led to Democrat Katie Hill's resignation.

Hill had unseated Republican incumbent Steve Knight in 2018, only to announce her resignation less than a year later after intimate photos of her were published online without her consent. The House also launched an ethics probe to look into accusations of an improper relationship with a congressional staffer.

The hangover from Hill's resignation has weighed on Democrats.

"It's tough to get people to keep up their energy and keep up their enthusiasm and stay in this and keep going," said Hilary Schardein, chair of CA25 United for Progress, a liberal group backing the Democratic candidate, Christy Smith.

Tuesday's election will fill out the remainder of Hill's term until January 2021. Both candidates will also face each other in the November general election for a full two-year term. 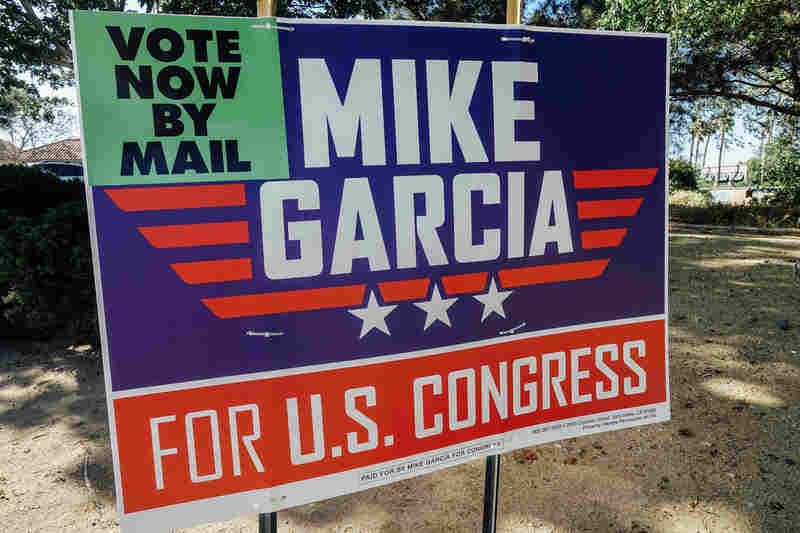 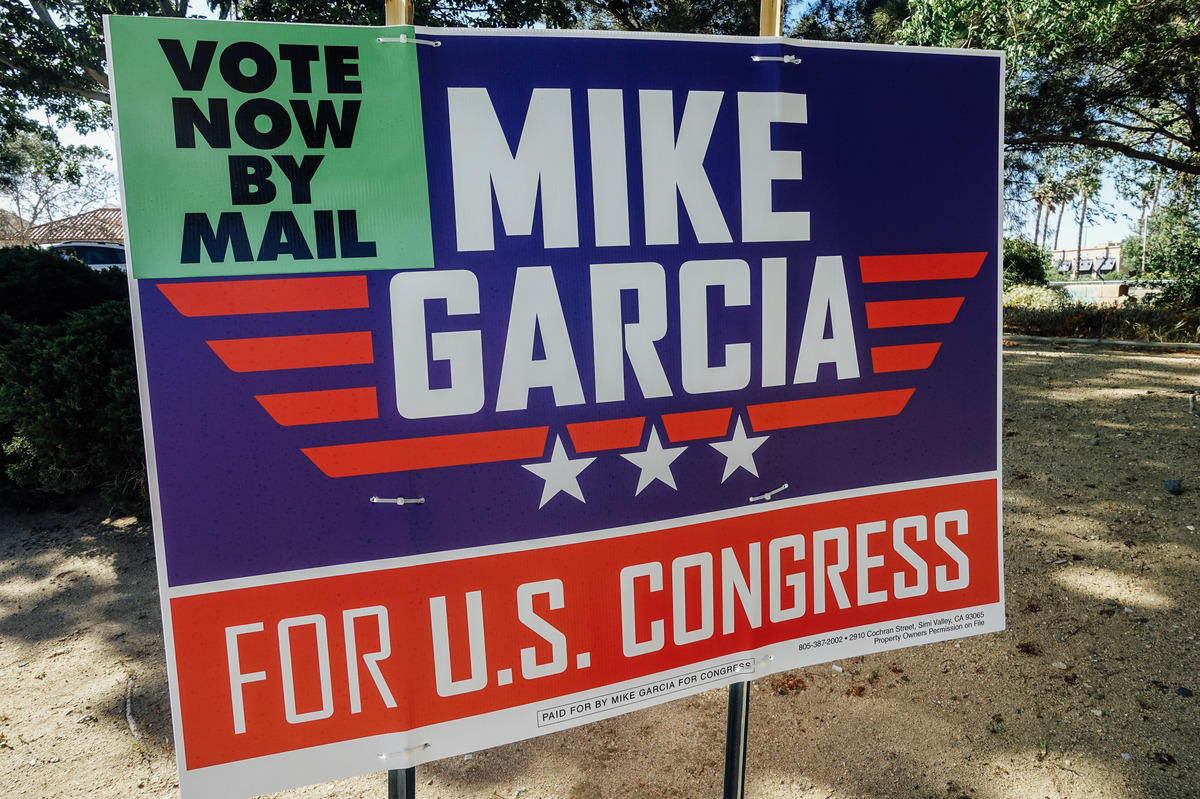 A campaign sign for Republican candidate Mike Garcia, who has gotten President Trump's backing in the race.

Smith, who's a member of the California State Assembly, announced her candidacy the day after Hill said she would step down. The Republican candidate is former Navy fighter pilot and Raytheon executive Mike Garcia.

In a sign of the race's rhetorical importance to both parties, President Trump recently endorsed Garcia on Twitter — while Smith scooped up nods from 2016 presidential candidate Hillary Clinton and former President Barack Obama.

How to respond to the coronavirus pandemic has become the central issue of the race.

Garcia has emphasized that "health experts need to be consulted and listened to" and supports the Trump administration's approach to reopen the economy as soon as possible.

Smith backs California Gov. Gavin Newsom's plan for opening the economy, which includes a requirement for local communities to have a plan to track and trace infections.

"The most important thing we can do is to remind people to continue to stay safe at home until their respective county or community orders expire," she said.

Garcia's supporters and volunteers have courted people like Linda Enos, who worries about the impact of stay-at-home orders on the economy and personal liberties.

"People are losing their jobs. Their incomes," Enos said at a recent protest against stay-at-home orders. She and her husband run a coffee shop that has had to close because of local and state health orders to prevent the spread of the virus. "They're destroying our economy. I think it's waking up a sleeping giant."

Schardein says the recent "open up" demonstrations are one way for Republicans to energize their conservative base ahead of the special election.

"It was a whole bunch of people wearing Make America Great Again hats," she said. "From all appearances, it was just a political rally."

It's hard to overstate how profoundly things have changed since California's March primary. Garcia's and Smith's campaigns are suddenly playing out on Zoom instead of neighbors' doorsteps. Instead of an in-person debate, they took part in an online candidate forum.

The candidates have had to shift policy gears as well. Issues like health care and the economy have taken on new importance.

On paper, Smith should be the odds-on favorite to keep the seat in Democratic hands.

In recent years, the district's demographics have shifted to favor Democrats as the area's population grows younger and more diverse. Clinton won the district by 7 percentage points in 2016, while first-time candidate Hill defeated Knight by nearly double digits.

But Republican voters tend to show up more consistently in nonpresidential elections, said California State University, Northridge political scientist Larry Becker, who added that nothing about a special election during a global pandemic is normal.

"We have no idea what turnout is going to be," Becker said.

As a safety measure, Los Angeles and Ventura counties mailed all registered voters an absentee ballot so that they won't have to vote in person.

But candidates still have an uphill climb to motivate people with plenty of immediate worries on their minds.

"People are sitting at home helping their kid with their third-grade math work. They're trying to figure out how to help a loved one who might be sick," Becker said. "The special election is really, I think, not high on a lot of people's radar."